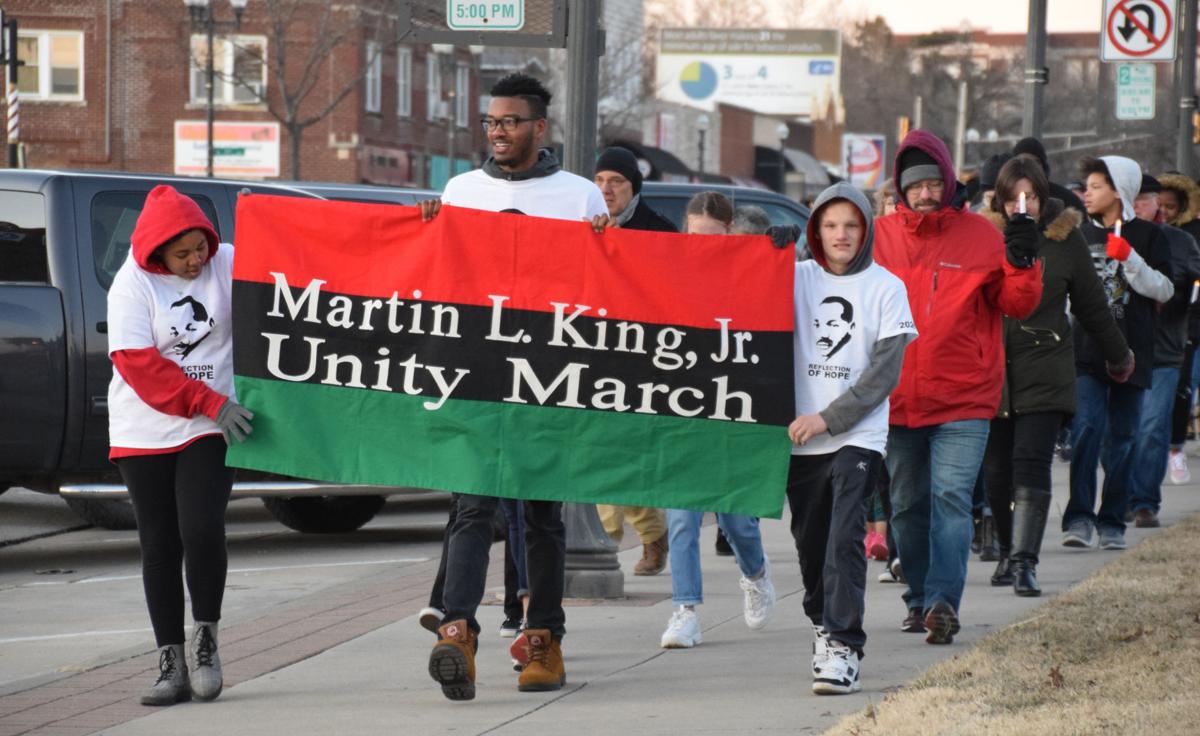 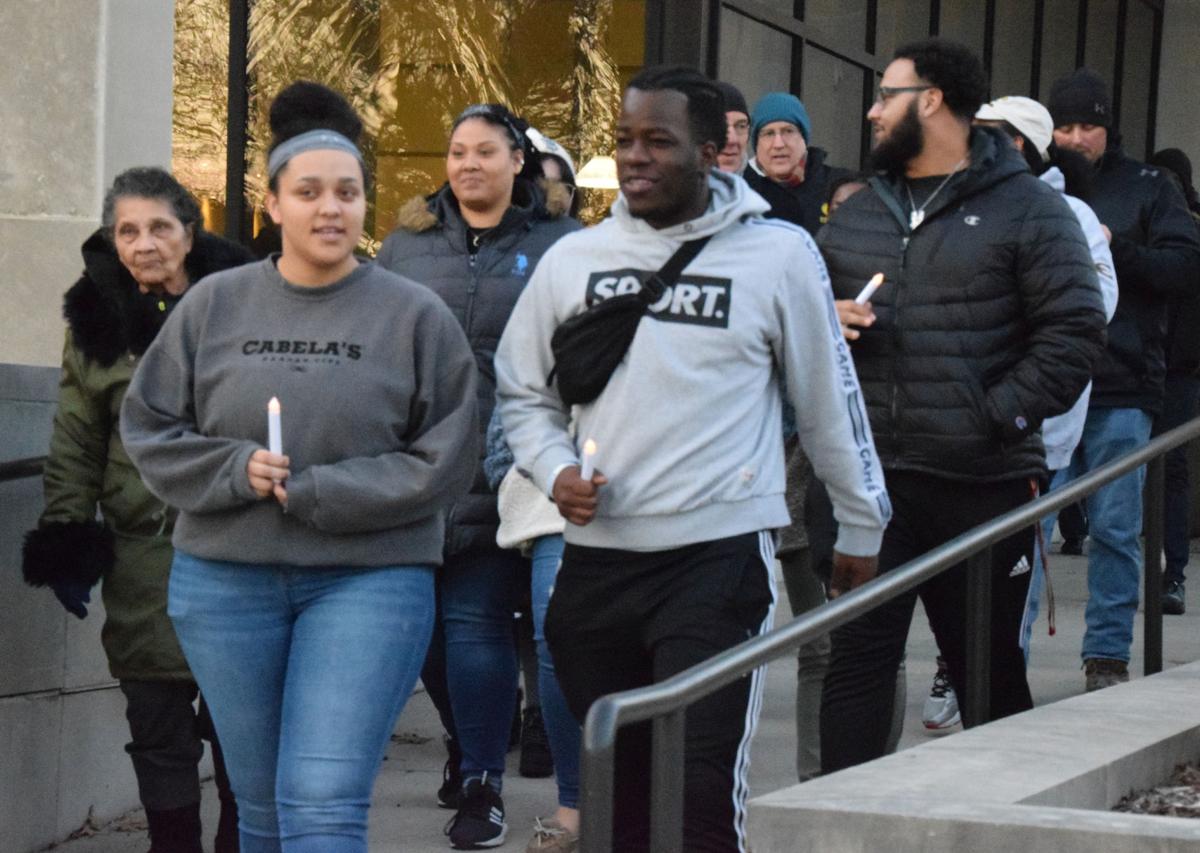 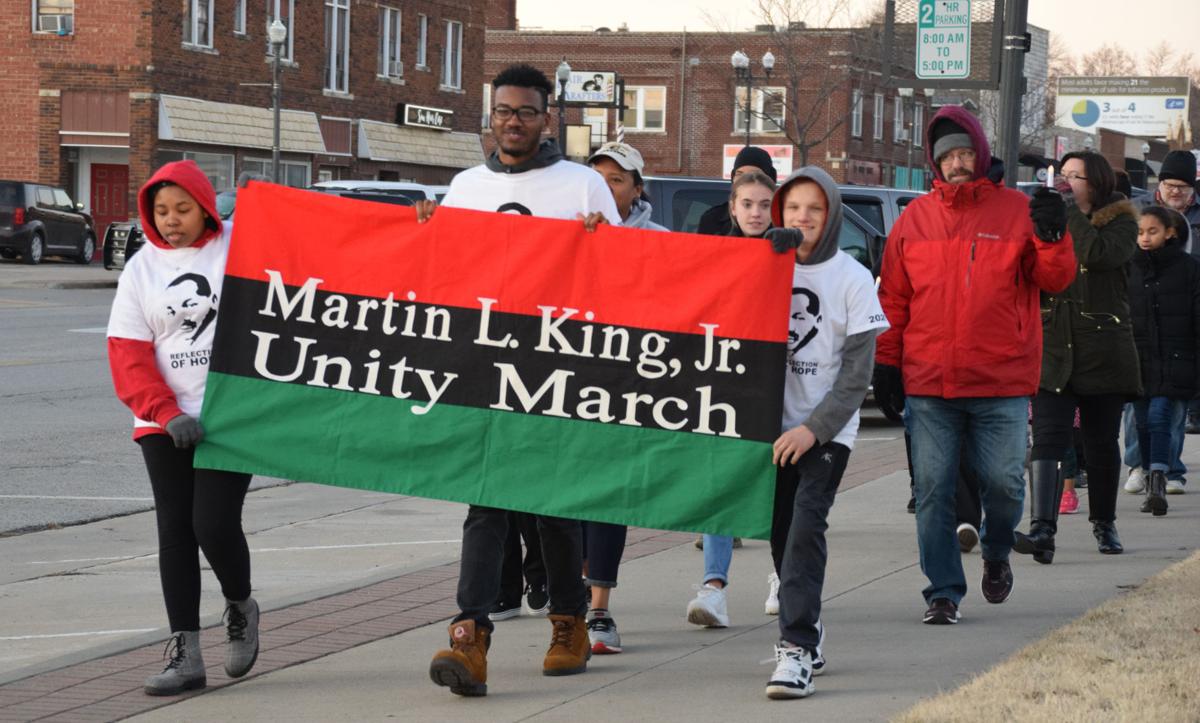 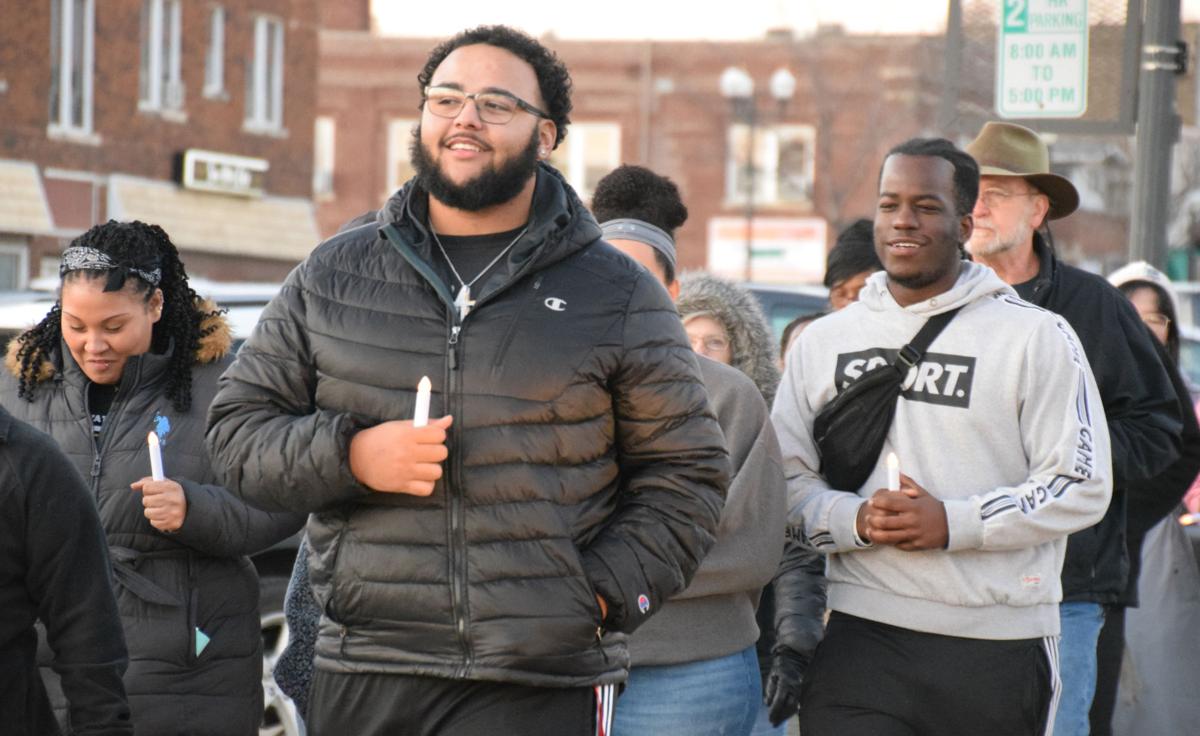 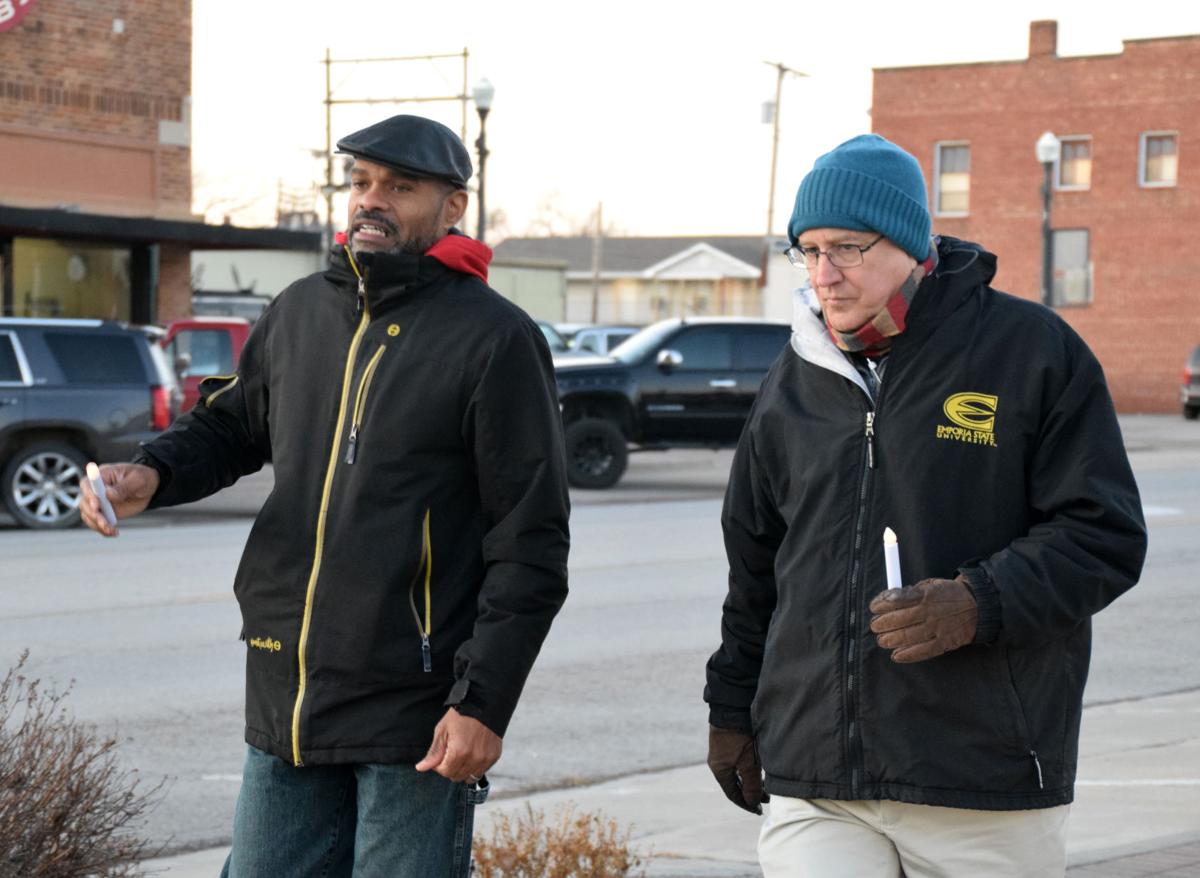 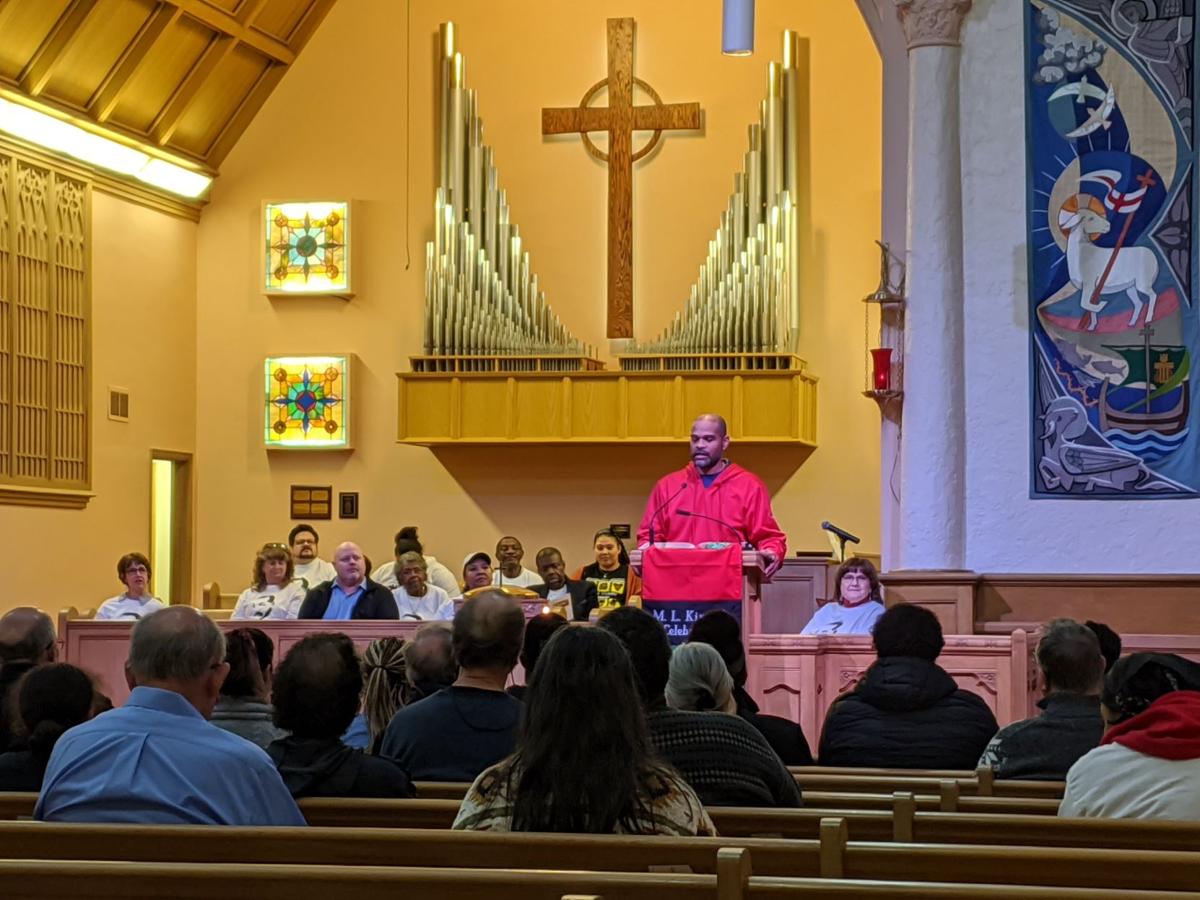 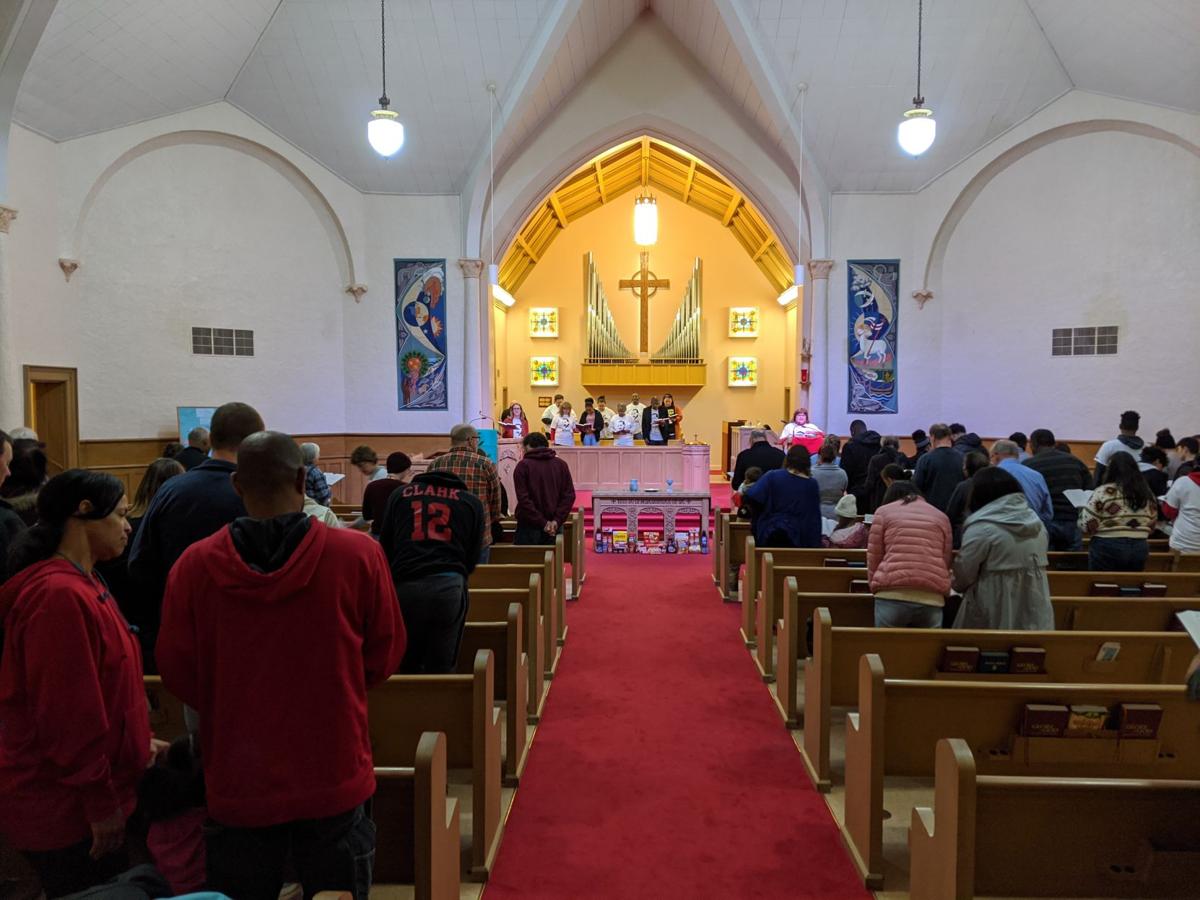 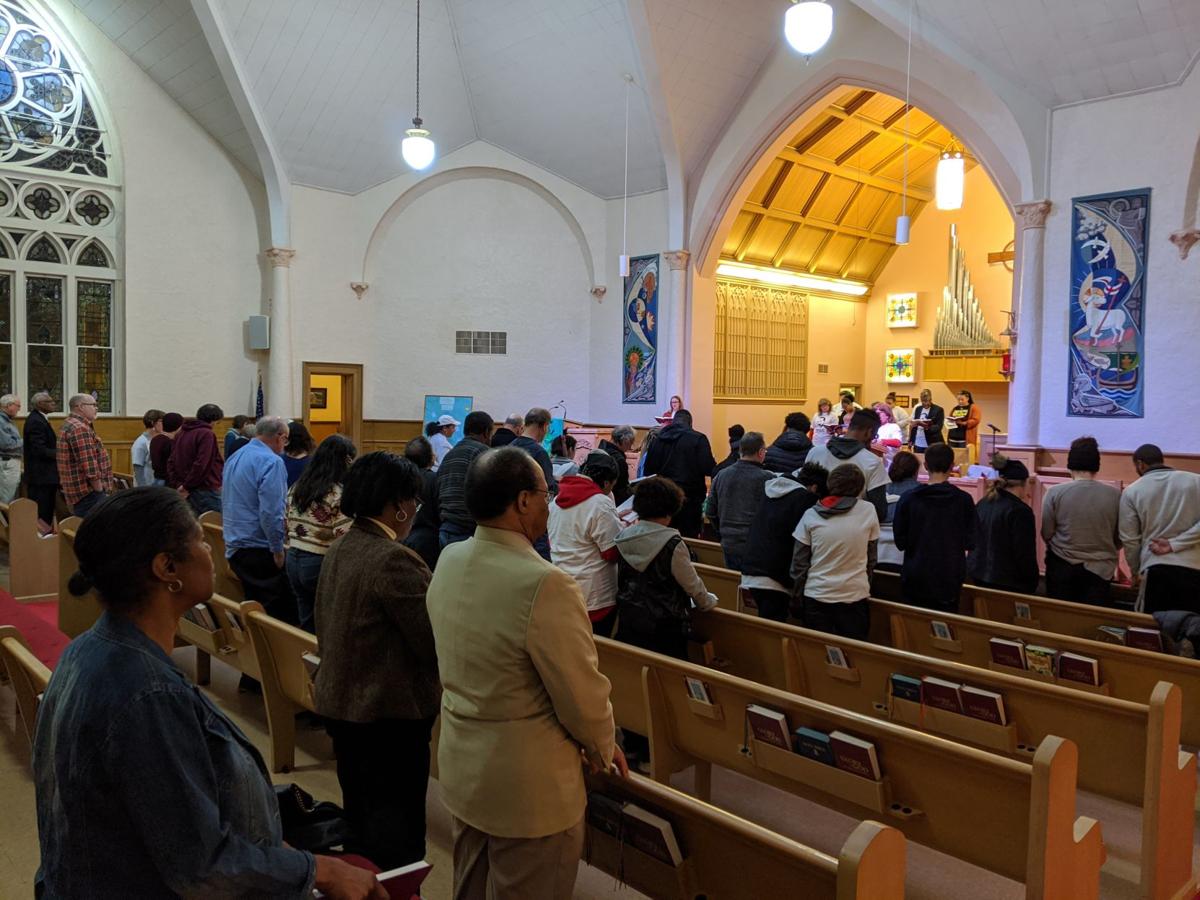 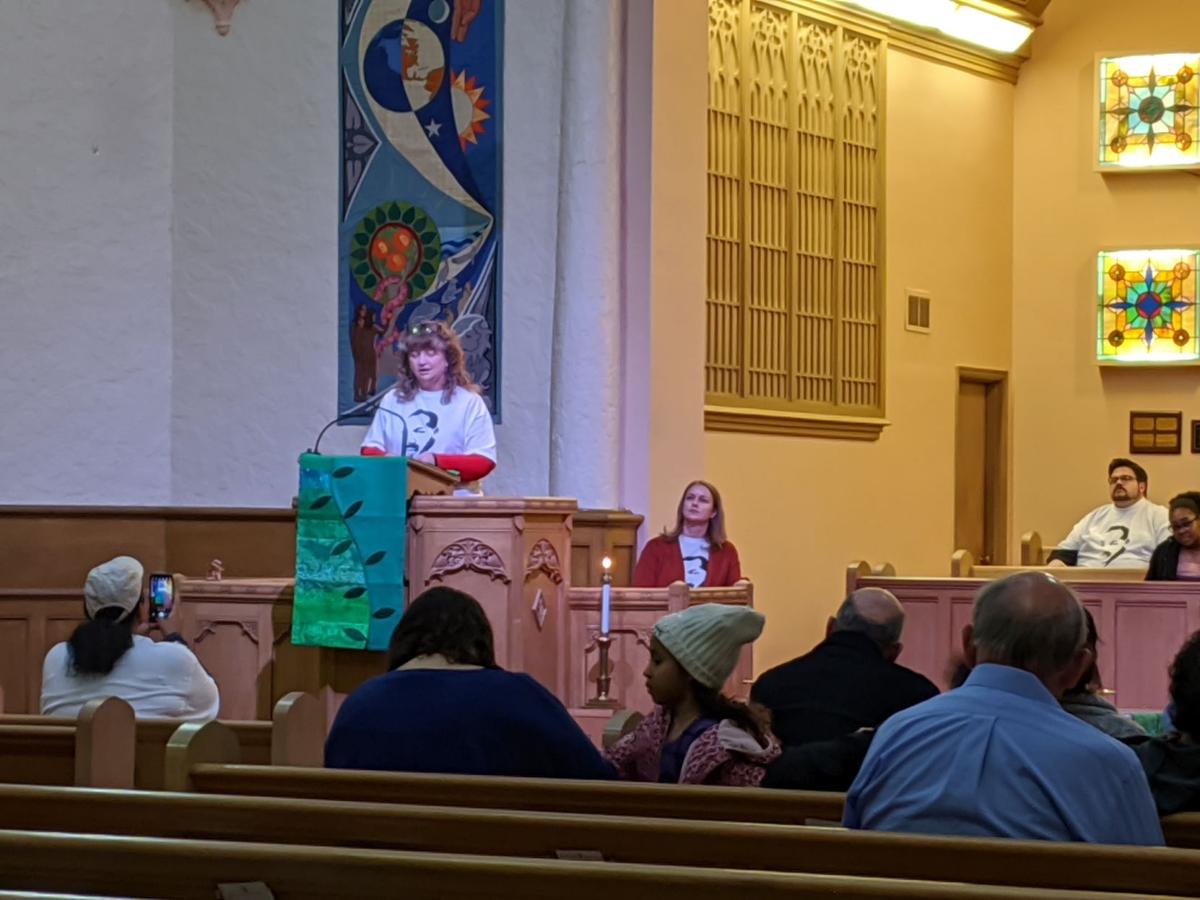 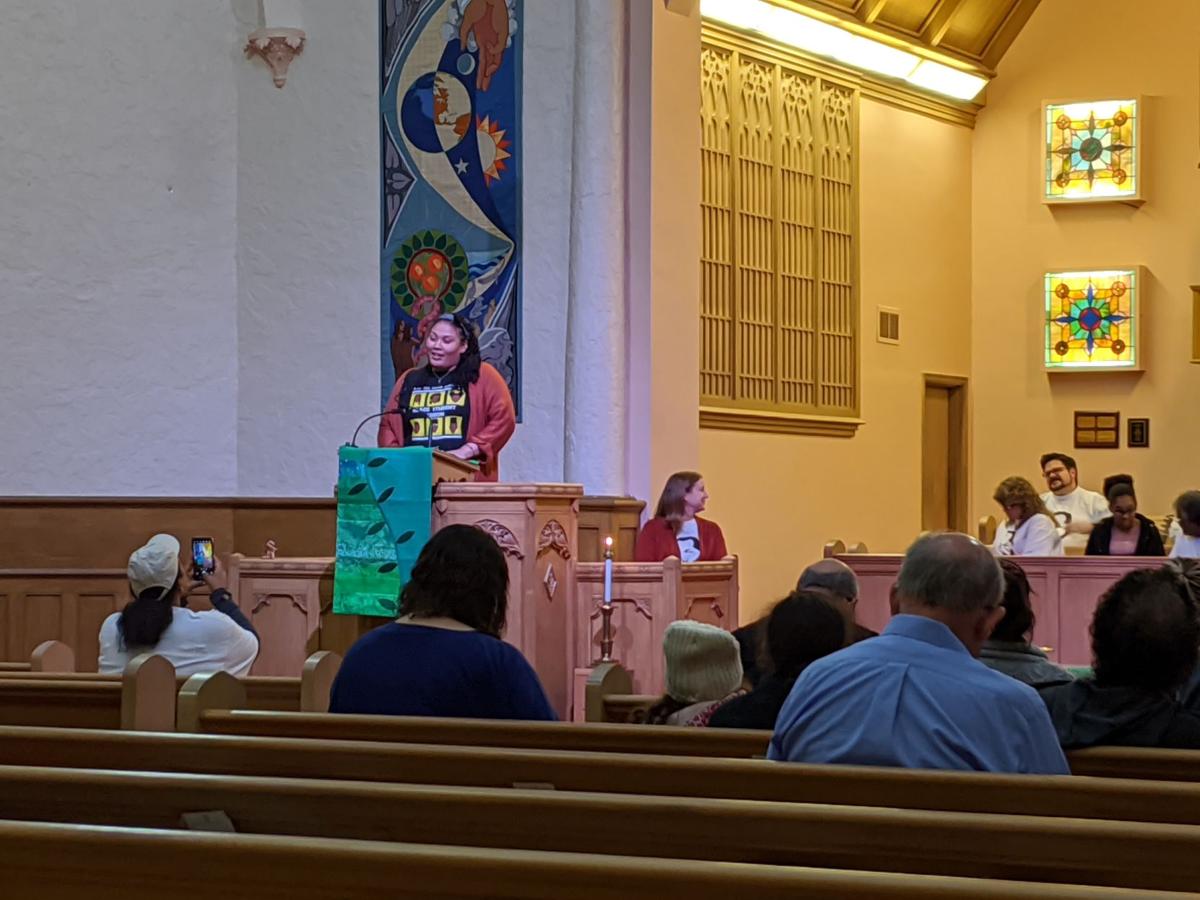 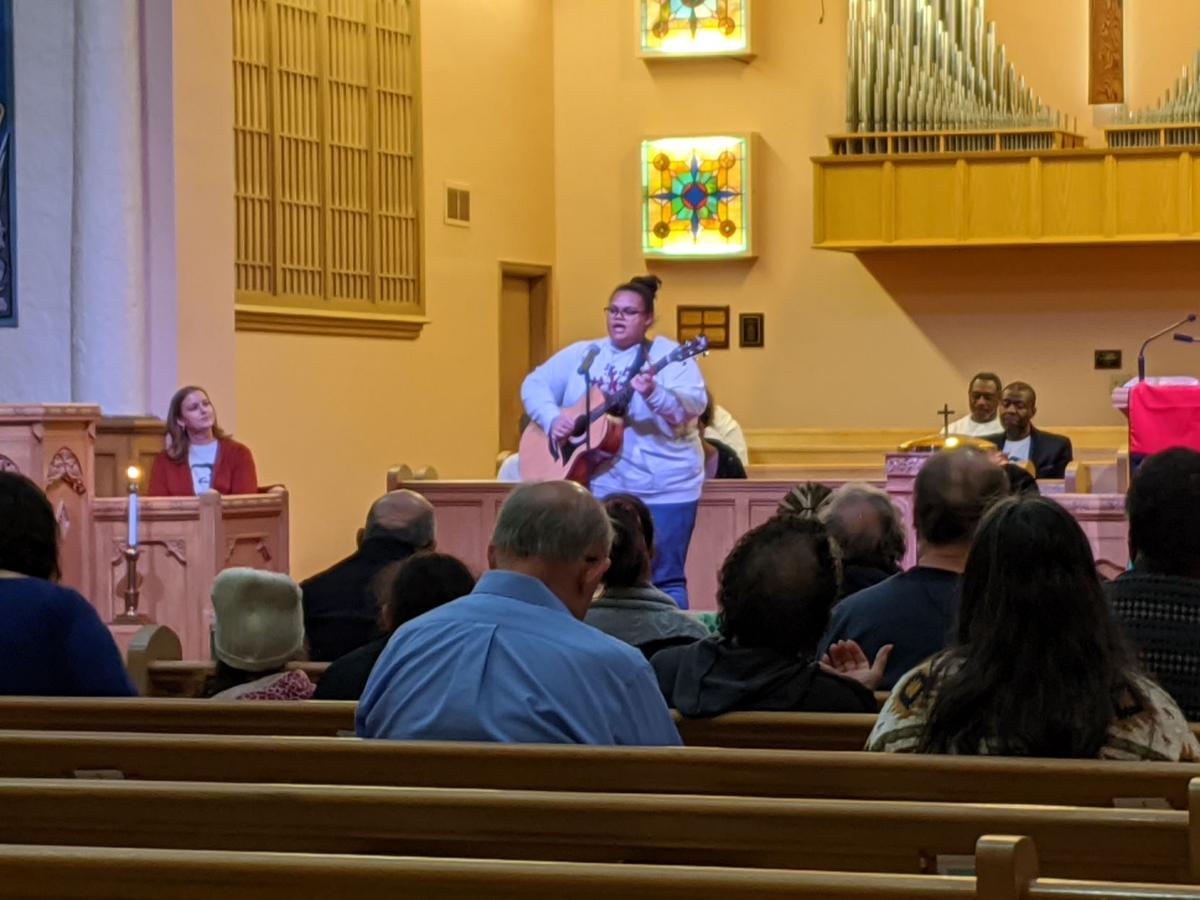 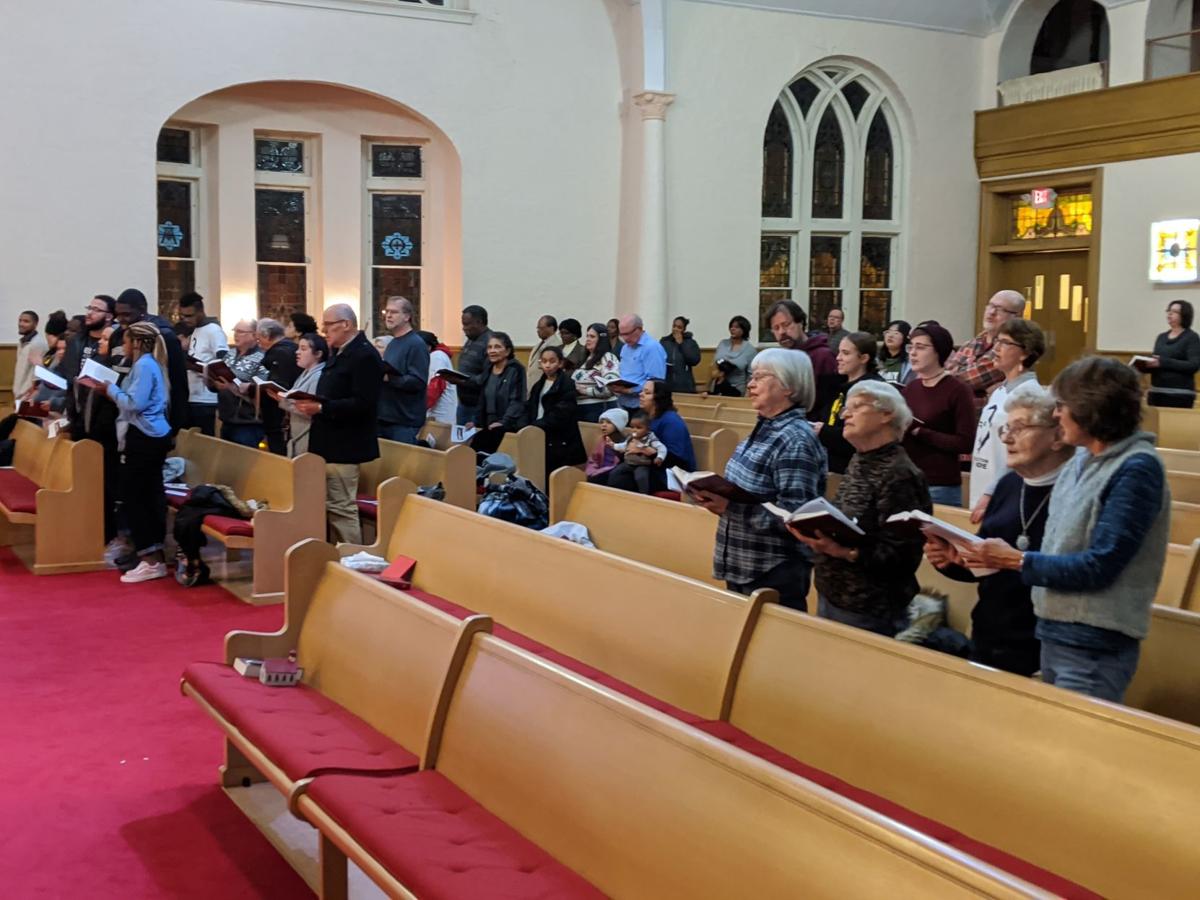 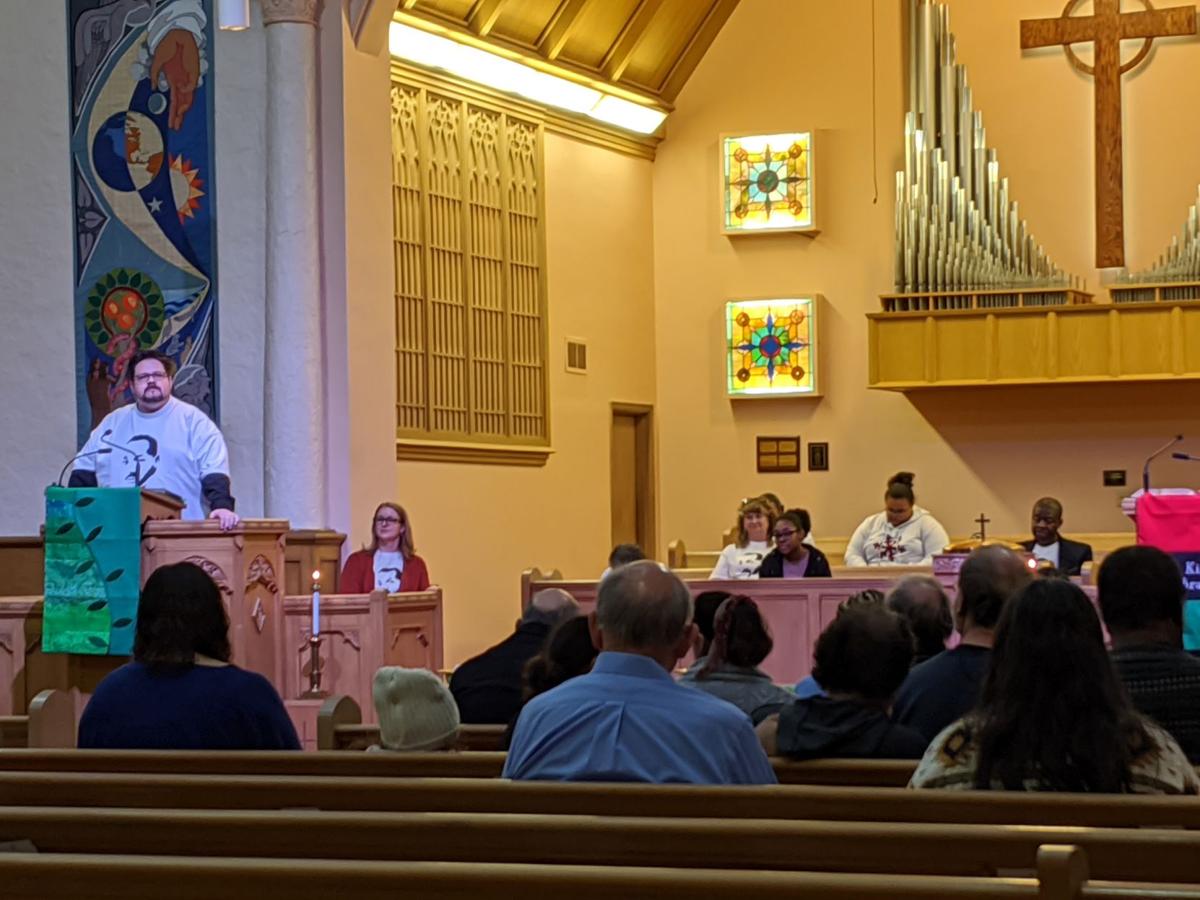 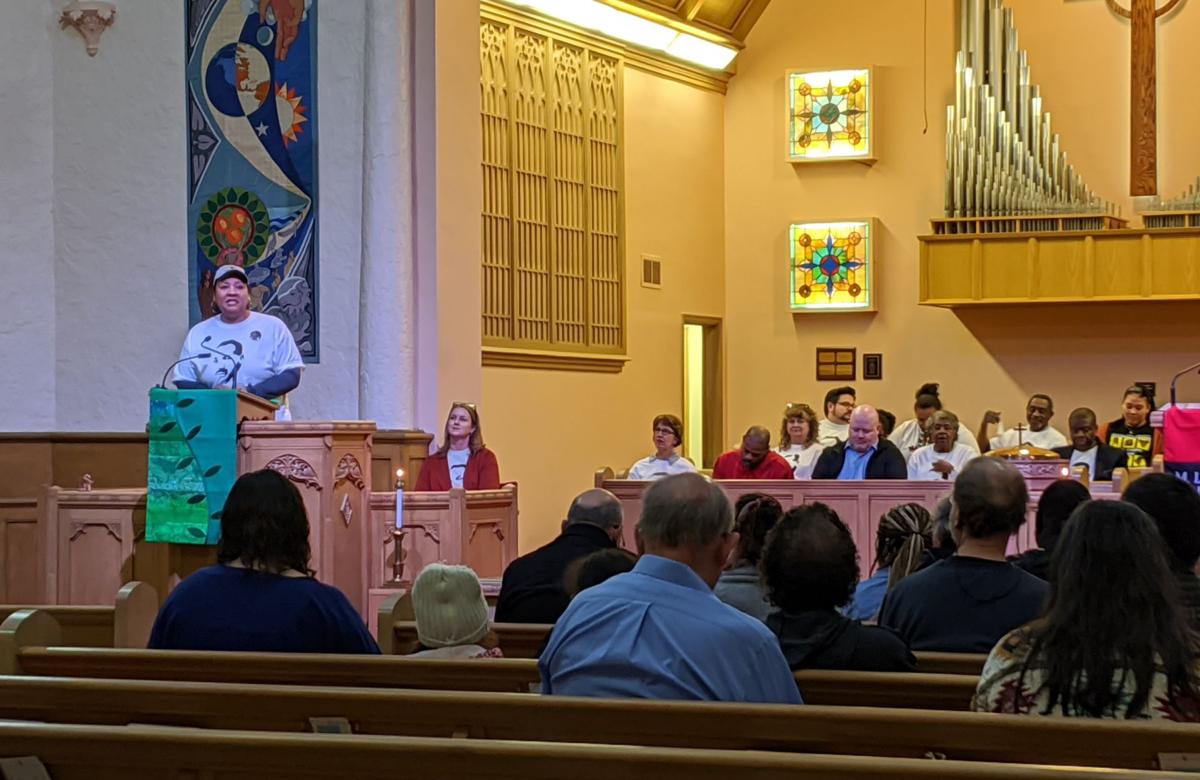 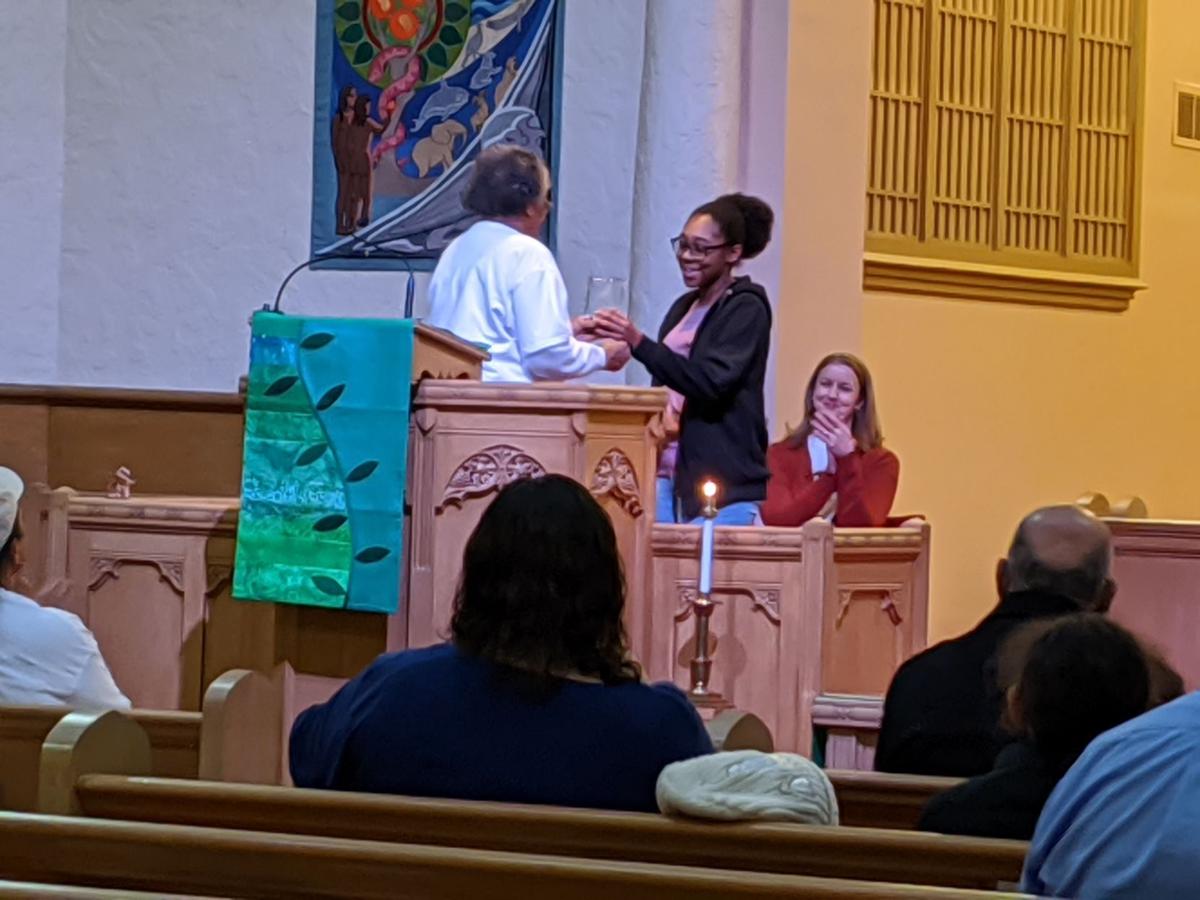 Community members gathered downtown to celebrate the life and legacy of the late Martin Luther King, Jr. Monday with a slate of events honoring his message and vision for the future.

After guests were invited to partake in a ceremonial “Campus and Community March” outside ESU’s William Allen White Library, the night culminated with a celebration service at the nearby Emporia Presbyterian Church. Along with inspirational hymns, scripture readings and recitations from MLK’s famous “Letter from a Birmingham Jail,” the presentation included several different speakers who each discussed a single, underlying theme of spreading and utilizing hope.

Speaking on the importance of an involved and supportive community, Iona Moore pointed to MLK’s personal faith in God and knowledge of the Bible’s teachings as major sources of his perseverance. She wanted others in the audience to remember the same lessons, encouraging listeners to treat an injustice against one particular group as an injustice against society at large.

“There’s injustice everywhere, not for just black people or white people, but for all groups,” Moore said. “This is a community type of issue. [Martin Luther King, Jr.] asked us, ‘When we get to heaven, is God going to separate us?’ I think not … God does not play favorites.”

Sheryl Lidzy, a communications professor at Emporia State, was the next to take the podium. Adding to Moore’s words on the need to instill hope in oneself and others, Lidzy stressed the necessity to extend positive beliefs and goals into action.

“Faith is about taking the first step even when you don’t see the rest of the staircase ...” Lidzy said. “In 1956 in a speech on being a good neighbor, King wrote, ‘The ultimate measure of a man is not where he stands in moments of comfort and convenience, but where he stands during times of challenge and controversy.’ … With this kind of faith, we will be able to transform the discord of our nation into a beautiful symphony of brotherhood. With this faith, we will be committed to work together, to pray together, to struggle together and to stand up for freedom together … Hope without action is nothing.”

Before a final offering song and closing benediction, Corryn Anderson, president of the Black Student Union at ESU, reflected on just how far hope had allowed her ancestors to come, and how far it could take future generations.

“Even when it seems like — despite our best efforts — we just aren’t getting anywhere, we must keep trying,” Anderson said. “Dr. King said, ‘We’ve got some difficult days ahead, but it really doesn’t matter to me because I’ve seen the promised land.’ … Everyone of us here is a reflection of Dr. King’s hopes and dreams. When fighting against more than a century of systemic racism and oppression, Dr. King still had his dream.

“The thought of something like a black president would’ve seemed like a dream back then, but I’ve seen that become a reality in my lifetime. Imagine your greatest hopes for the world being fulfilled by future generations if we continue to hope. We are our ancestors’ wildest dreams, and if generations after us can continue to hope, they can become like our wildest dreams.”

"We are our ancestors' wildest dreams, and if generations after us can continue to hope, they can become like our wildest dreams.”