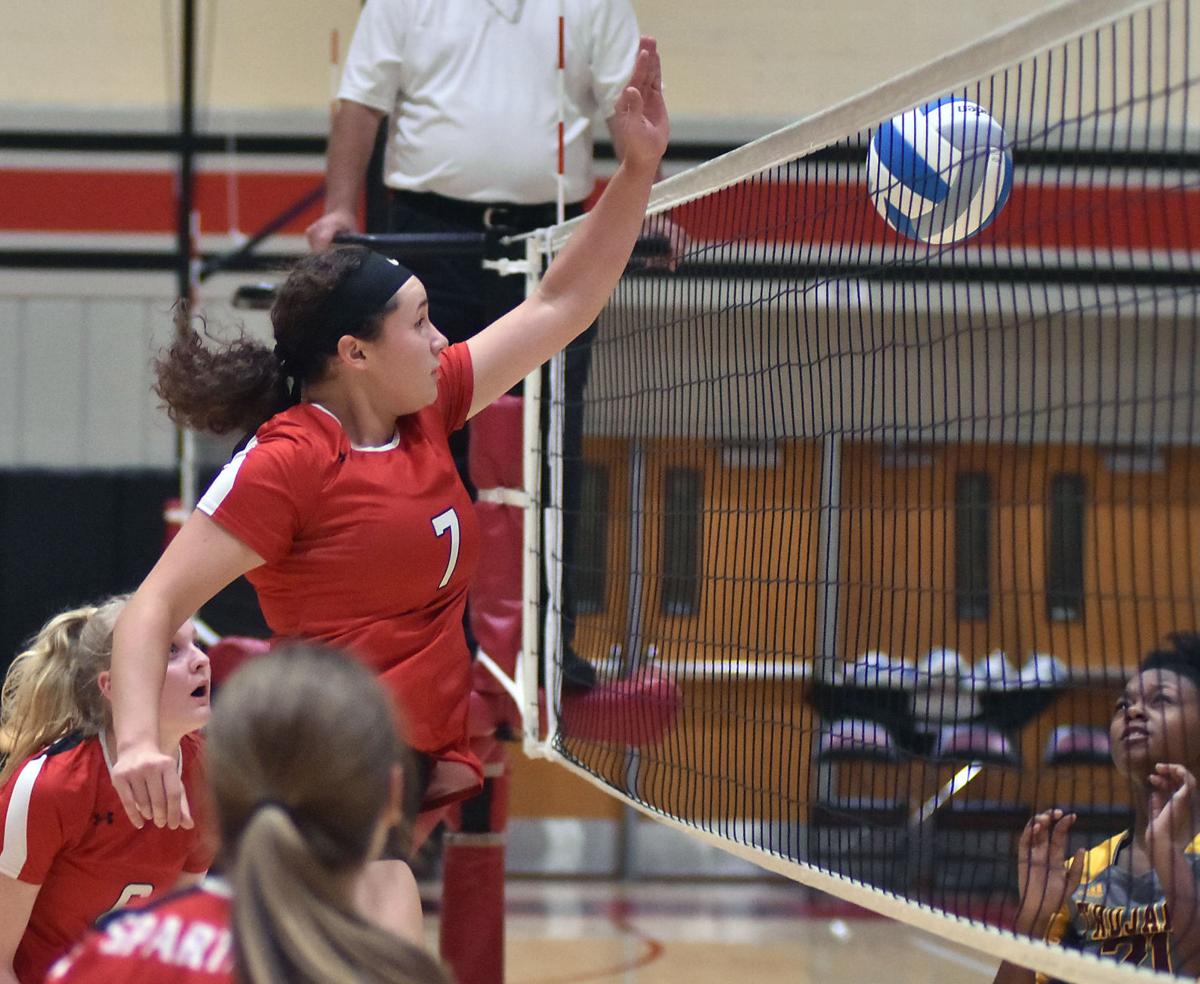 Paige Thomas (7) follows through on a kill during the Spartans’ match with Hillsboro on Thursday evening. EHS won its final senior day match, 2-1, over the Trojans. 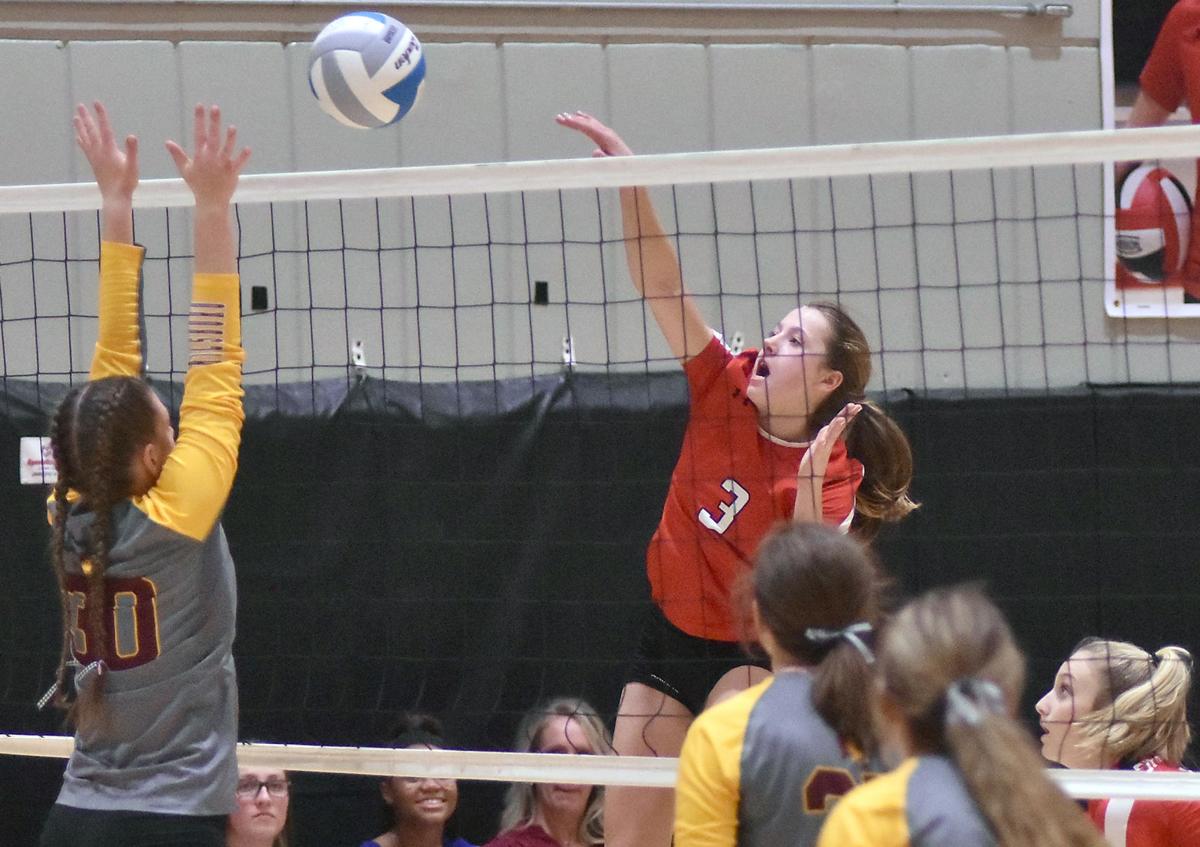 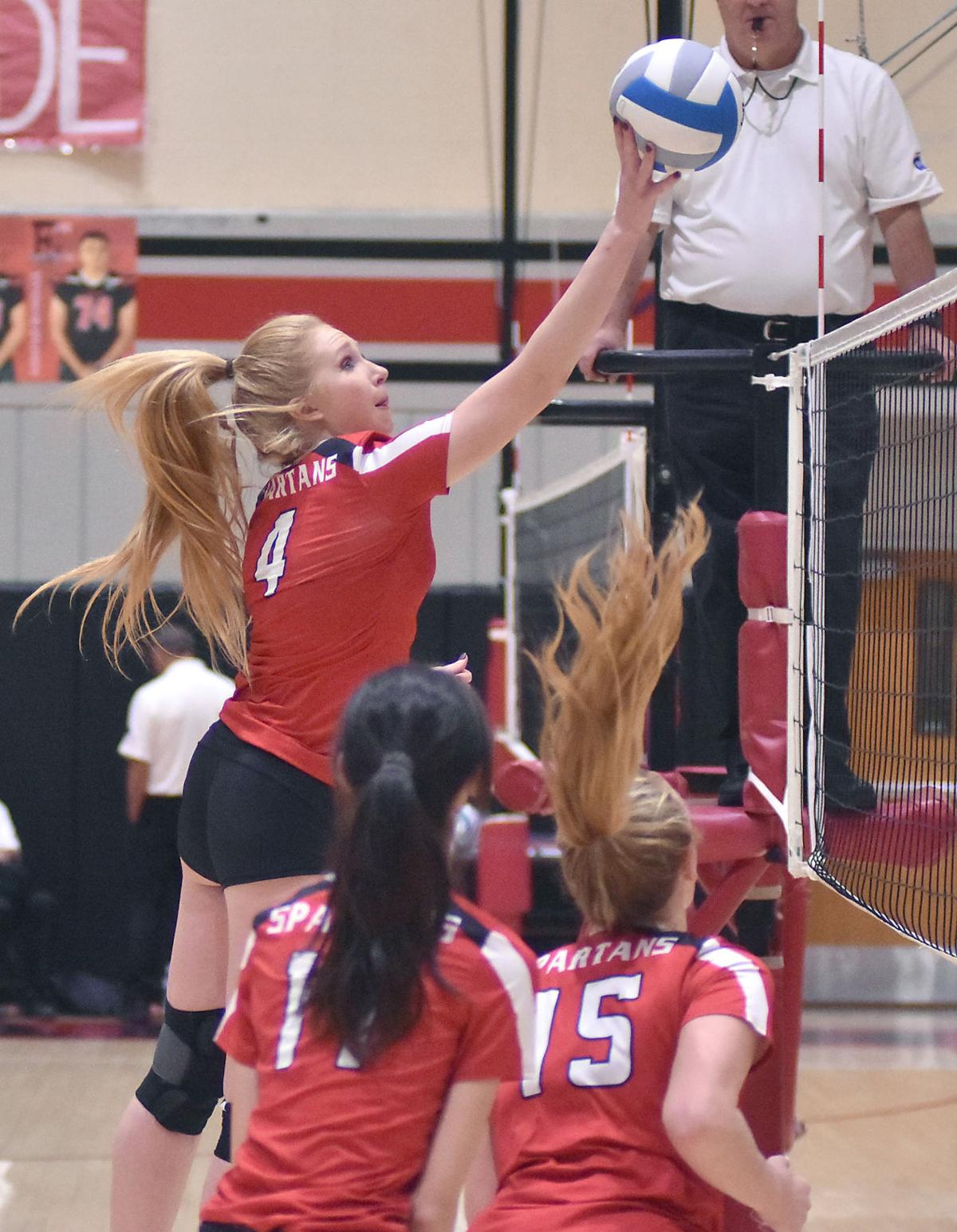 Emporia High senior Taylor Sullivan (4) tips the ball over the net during the Spartans’ match with Hillsboro. 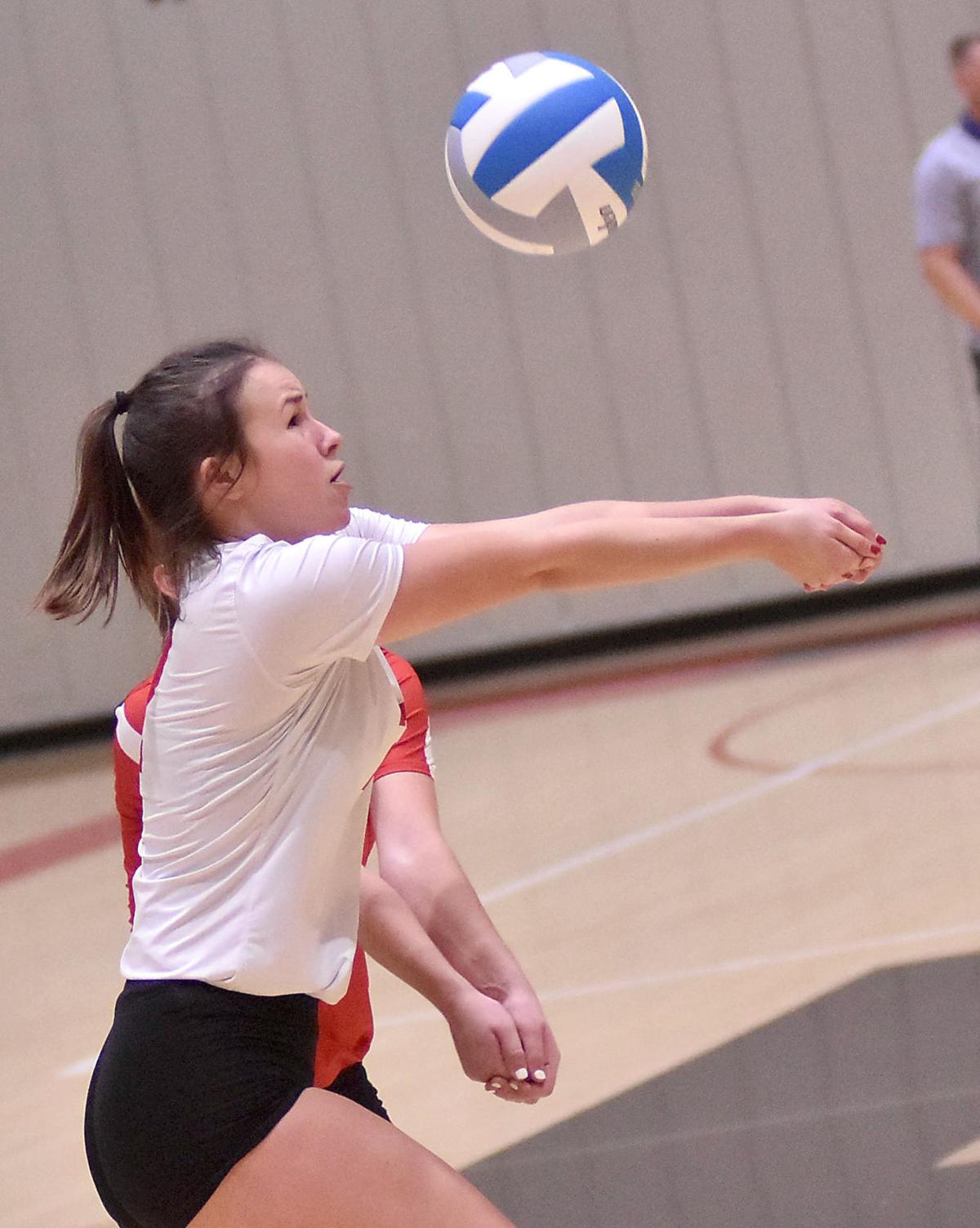 EHS senior Rayanaa Breshears receives a volley during the Spartans’ match with Hillsboro on Thursday.

Paige Thomas (7) follows through on a kill during the Spartans’ match with Hillsboro on Thursday evening. EHS won its final senior day match, 2-1, over the Trojans.

Emporia High senior Taylor Sullivan (4) tips the ball over the net during the Spartans’ match with Hillsboro.

EHS senior Rayanaa Breshears receives a volley during the Spartans’ match with Hillsboro on Thursday.

Finishing games has proven to be a difficult task all season for the Emporia High volleyball team and Thursday night showed nothing different.

“It felt amazing,” senior Paige Thomas said. “We pulled it together. We had a rough start but I think we turned the corner and made it happen tonight.”

The first set against Hillsboro was a continuation of frustration. E-High held a three-point lead late, 22-19, but the Trojans rallied to take the win. In the second set, the Spartans cruised most of the way to a 24-9 lead, but that elusive set point waited out a 6-0 run by the Trojans.

“We’ve been struggling to play with confidence here lately and actually finish a game, even when we play solid,” head coach Ashley Nehls said. “We get in this bad habit of ... waiting around to see what’s going to happen, which makes for an exciting match. I was proud of them. We needed to get this win, we needed to build our confidence up a little bit more.”

EHS finished the third set in relatively swift fashion to secure just the Spartans’ ninth win of the year.

It followed up an untimely collapse in the opening match. After E-High climbed out to an early 10-1 advantage, it promptly faded away as Great Bend stormed back for a 25-13 victory.

“I think with the match against Great Bend, they were afraid to fail, afraid to make mistakes, so we’d sit back and wait for (them) to hand us a win,” Nehls said. “They’re learning the hard way this season that teams don’t just hand out wins.”

EHS will host a volleyball tournament on Oct. 19 before teams prepare for sub-state.

Between matches, the Spartans recognized their senior class, a group of four.

“They’re a great group of kids,” Nehls said. “They work hard. I really, really enjoy being in the gym with them, I can always expect nothing but the best effort out of them. I know it’s been tough at times for this group, but they keep pushing on ... and that’s all I can ask of them.”