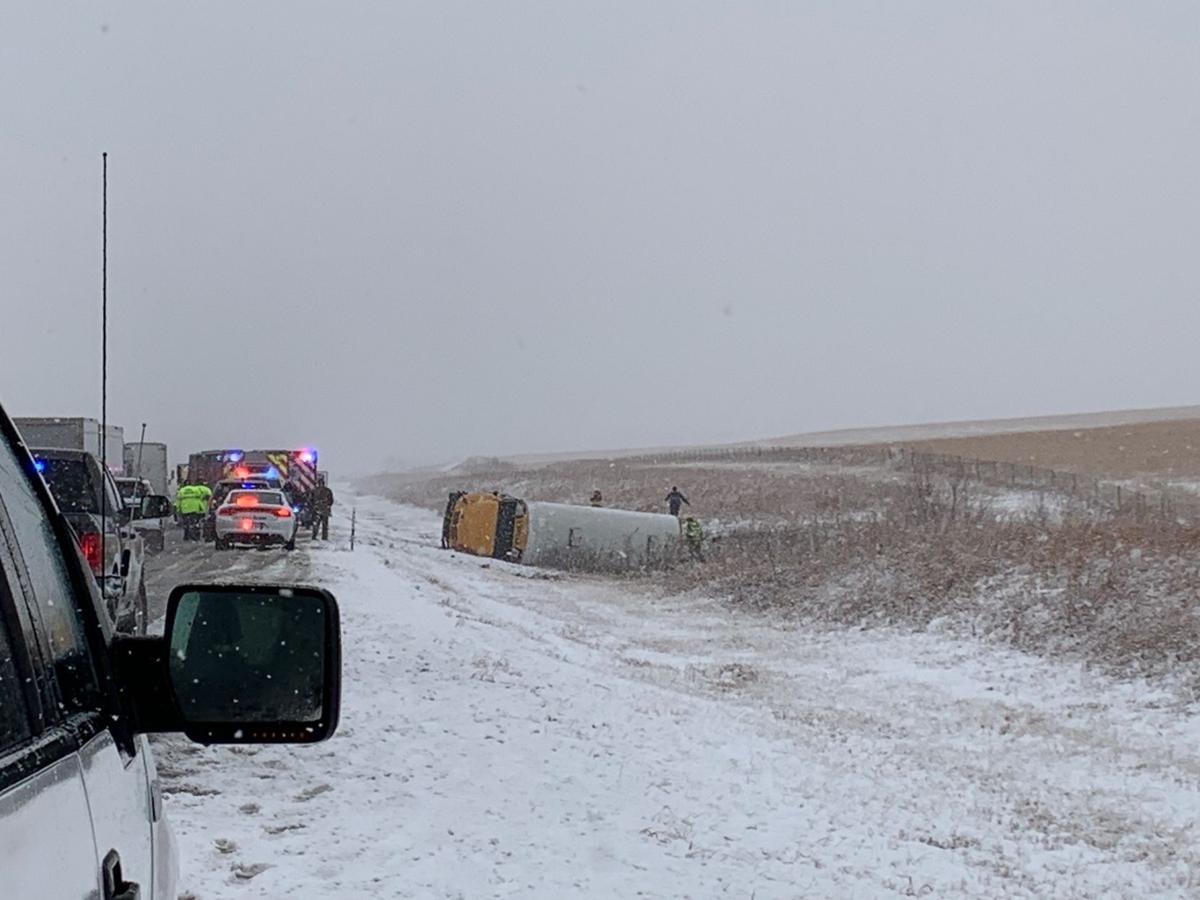 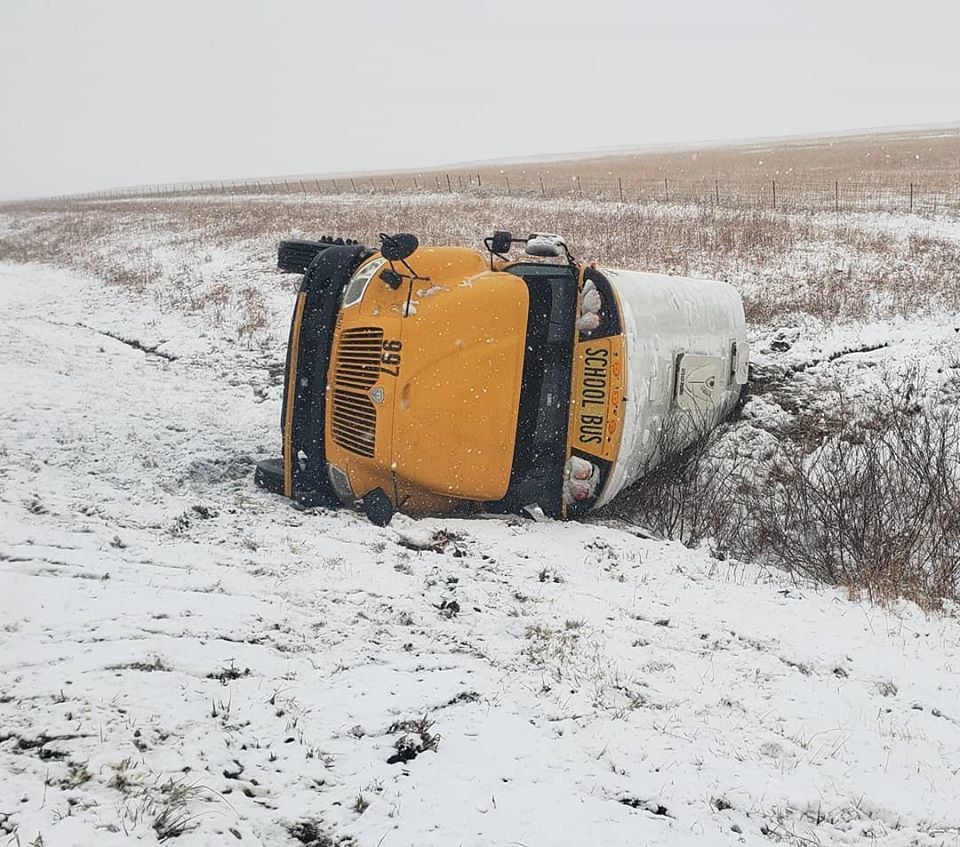 Susan Arensman, a spokesperson from Wichita Public Schools, told The Weather Channel — which relayed the information to The Gazette via email — that the bus was transporting fifth-graders from Park Elementary in Wichita. It was en route to Topeka on a field trip. There were 36 students on the bus and four adults — two teachers a chaperone and the bus driver, none of whom were injured.

She told The Weather Channel that 17 children were transported to Newman Regional Health in Emporia with minor injuries. Parents of the students were notified.

The wreck occurred at about 9:40 a.m. Wednesday near mile-marker 112.6 on the Kansas Turnpike — about 15 miles south of Emporia.

Kansas Highway Patrol Lieutenant Dave Hundley said the bus was traveling on slushy roadway and overturned onto its side in the east ditch. He told The Weather Channel that the area was receiving moderate snow, but it wasn’t clear exactly what happened.

“The (Lyon County) Sheriff’s Office thanks those agencies that responded to the scene to assist, and was extremely proud of how well all agencies worked well together,” Lyon County Detective Sergeant Jacob Welsh said.

According to Welsh, the wreck was one of 28 the Lyon County Sheriff’s Office responded to between 7:15 a.m. and noon Wednesday. Twenty five of those accidents involved vehicles that slid into the ditch and did not have damage to report. Two were non-injury crashes.

“We want to take this opportunity to remind all citizens in Lyon County to be aware of changing road conditions and take your time while traveling the different routes,” Welsh said. “The Lyon County Highway Department and the Kansas Department of Transportation (have) been working diligently to clear roads. As temperatures continue to decline this evening, remember to use caution when traveling home.”

Welsh added a reminder to wear a seatbelt, use headlights and proceed with caution during winter weather.

Seems like it is time for all KS schools to put seat belts in their buses.....way too many accidents and injuries. The driver has a seat belt....why not the kids!!!!!

I cannot imagine NRH ER--must have been a disaster drill actually happening! Then the parents of those kids breaking necks to get to their child on the same roadway in same weather! Kudos to Lyon County sheriff's dept. for responding to that and so many other accidents. Too bad so many people felt the need to go to work in weather that is so treacherous. They could have been killed or killed others. I bet Wichita School district is indeed in hot water.

A field trip to Topeka? Risking the lives of children and staff for a field trip during a winter storm? Classify this as "You can't fix stupid!" I would be very concerned about the judgments that this school district makes in the future.

It was a very stupid thing for USD 259 to allow. All those in positions of responsibility in overseeing/approving this trip should be canned immediately, no exceptions. Weather conditions cannot just be ignored because something like a field trip was planned. Part of the job in those positions is being aware of changing weather conditions and cancelling travel on bad roads. Just when would warned slick road conditions make it too dangerous to travel out of town on a bus if these advisories weren't considered to be too dangerous?

If 17 kids injured that needed to go to the ER isn't enough, just how many does it take, for the responsible USD 259 leadership to be in severely hot water that wonn't cool down?

Who is going to be paying for the ambulances, damages to the bus, wrecker/towing charges, all the ER bills and all the potential Dr. bills afterward? I bet USD 259 will be in for some court time, and maybe a lot of it, after this stupid decision.

Because in bad weather it takes time to get stuff done.