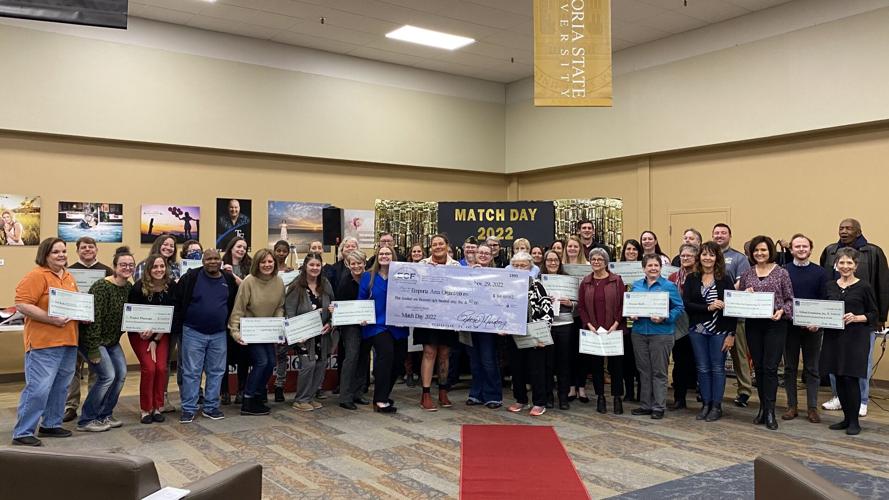 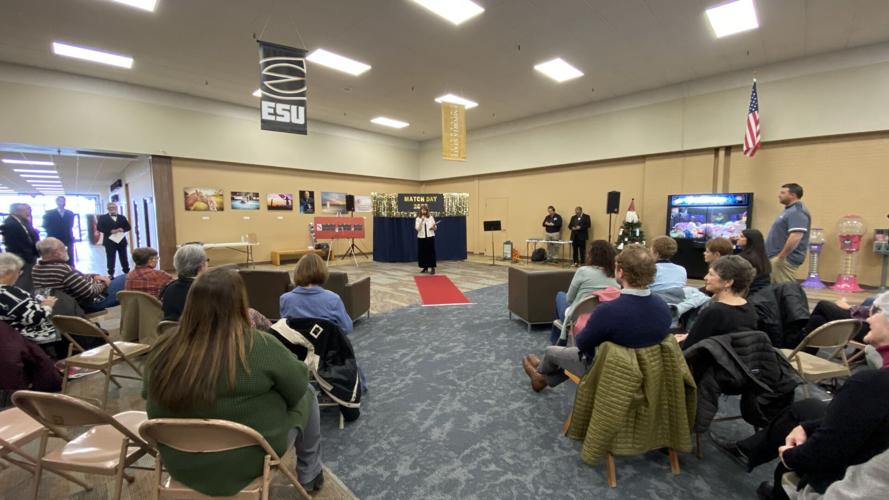 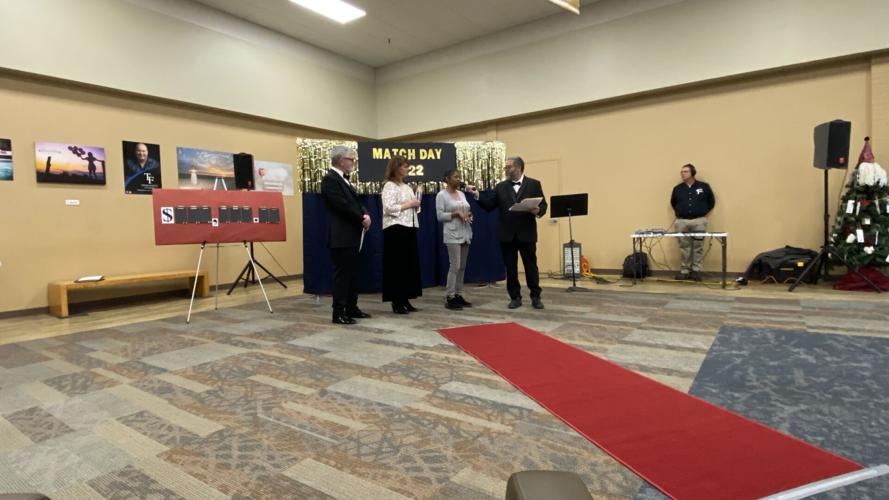 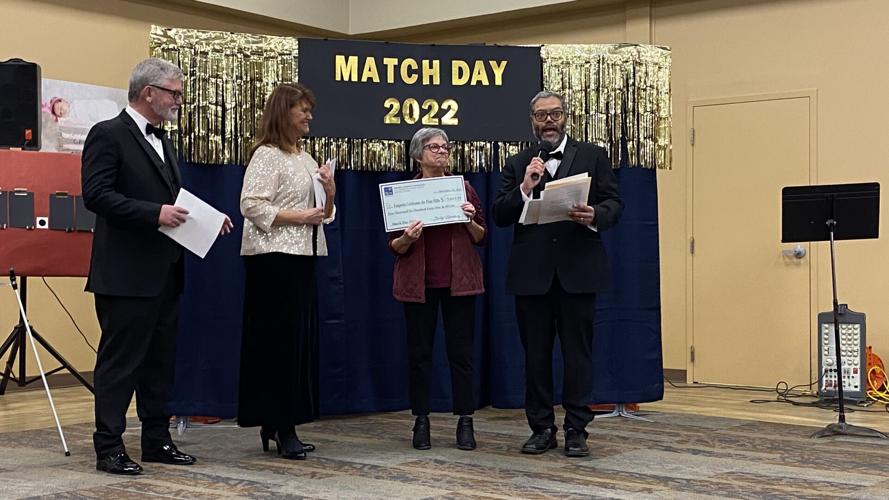 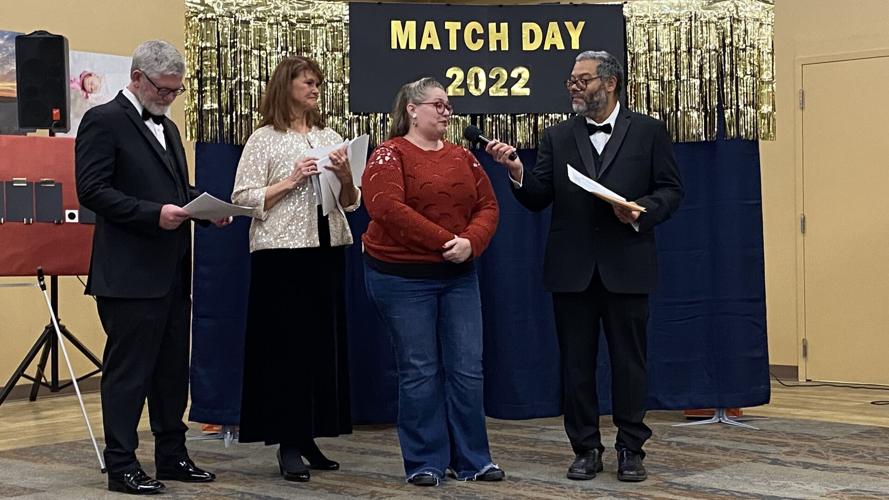 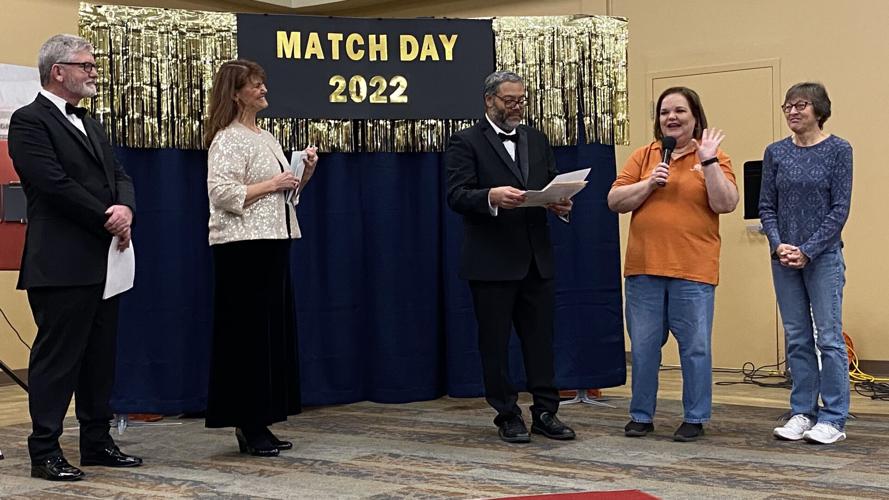 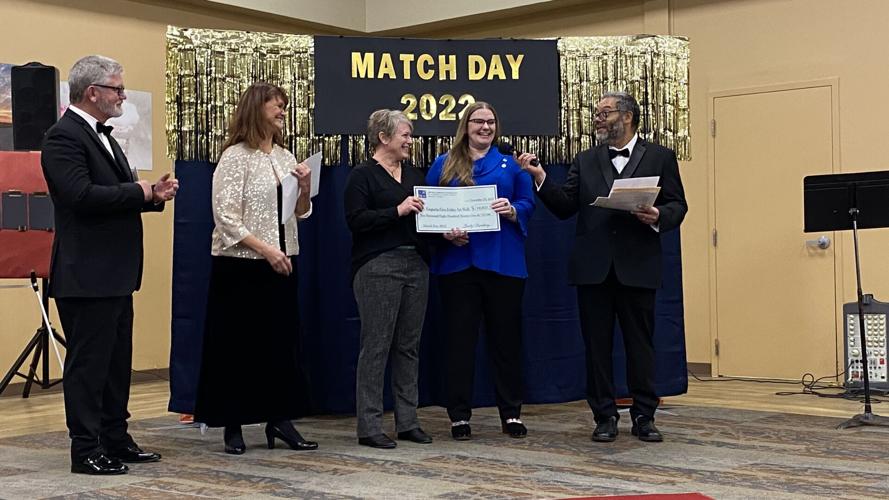 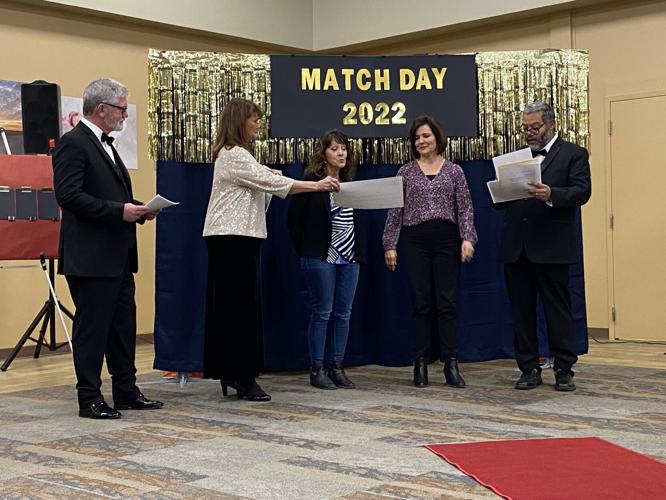 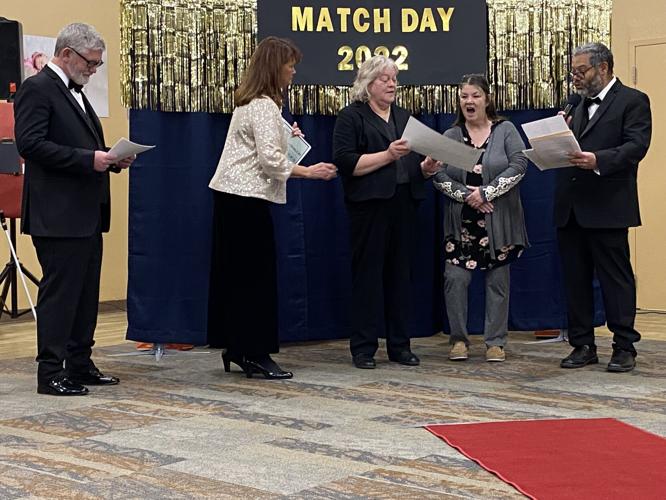 Rev. Cheryl Henson and Becky Goodman receive a check for more than $15,200 for the Baby Closet of Emporia. 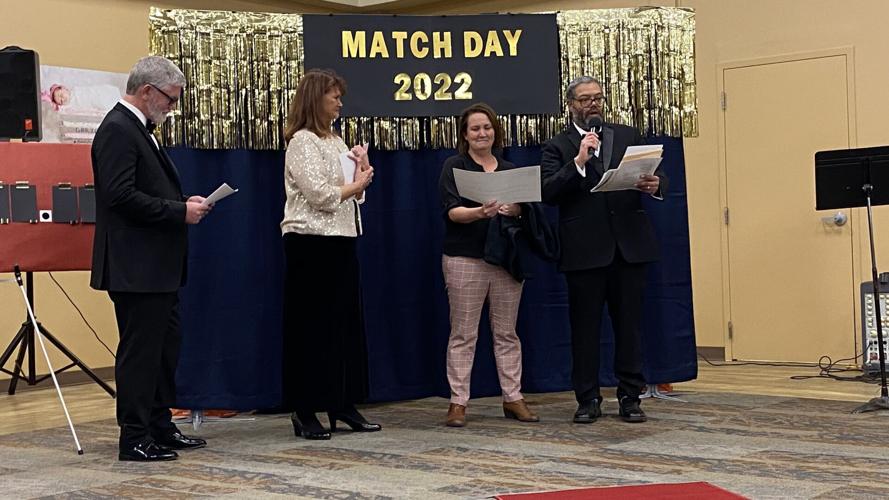 Jill Burton looks over the total for the C4 Food Pantry. 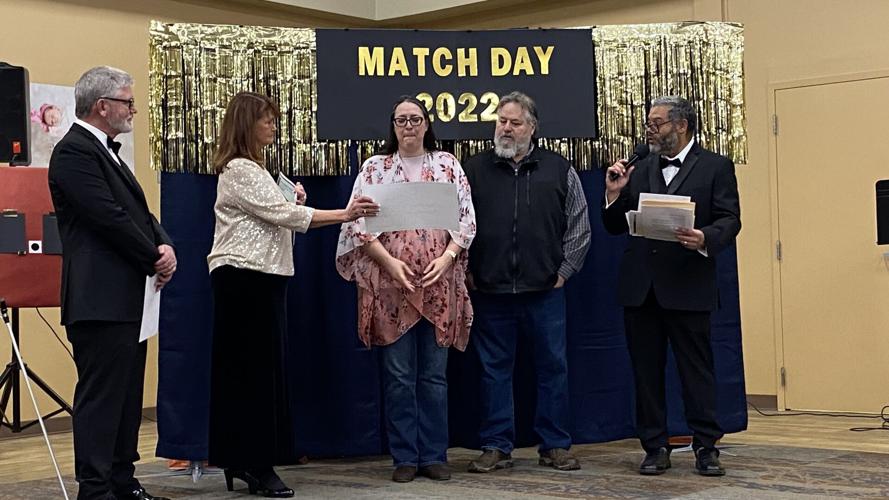 Lisa Soller and Greg Jordan of the Lyon County History Center were shocked to receive more than $22,000. 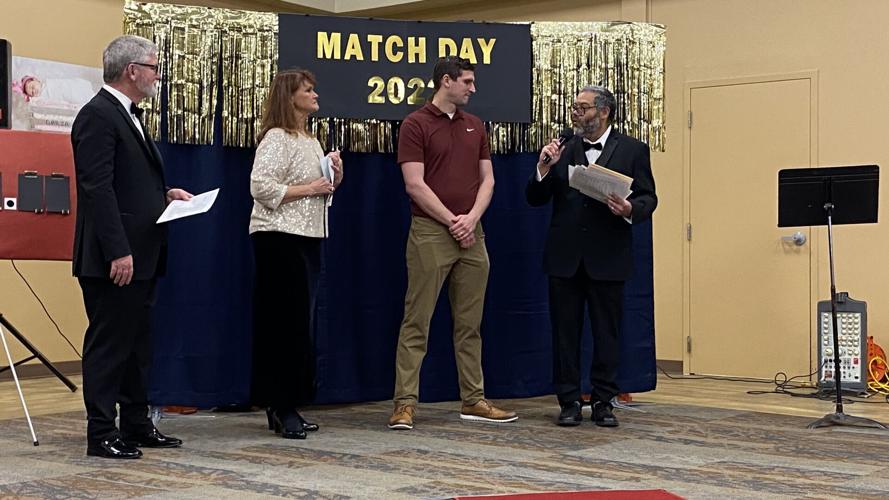 Ryan Janzen accepts a check for the Emporia Area Habitat for Humanity. 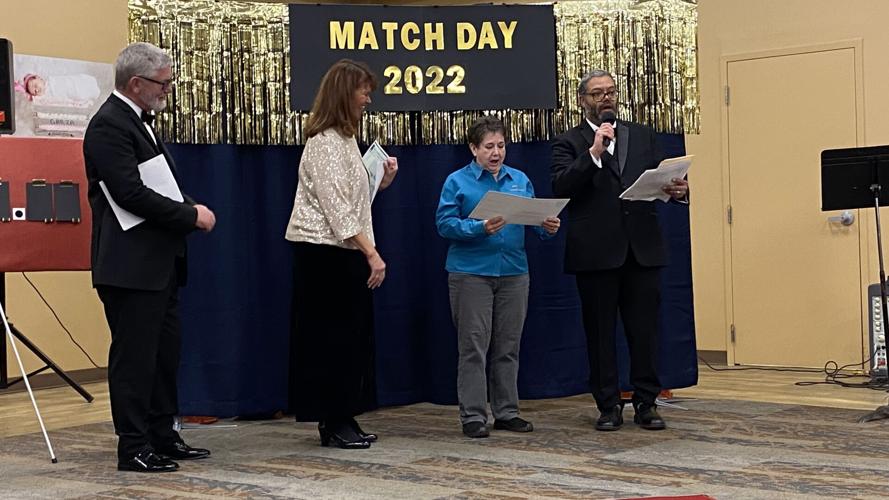 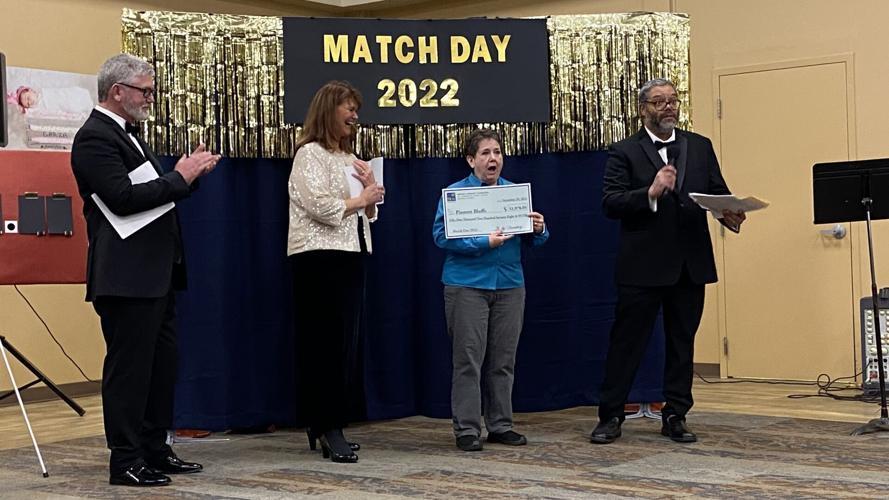 Rev. Cheryl Henson and Becky Goodman receive a check for more than $15,200 for the Baby Closet of Emporia.

Jill Burton looks over the total for the C4 Food Pantry.

Lisa Soller and Greg Jordan of the Lyon County History Center were shocked to receive more than $22,000.

Ryan Janzen accepts a check for the Emporia Area Habitat for Humanity.

“When I saw how much we raised last year, in the back of mind I kept thinking, ‘can we do a half million dollars?’” said Emporia Community Foundation executive director Becky Nurnberg. “To think a community of this size can raise a half million dollars to support the wonderful programs that people do out here.”

Nurnbeg said donations were up, with more than 1,100 unique donors. That number was up for 944 donors in 2021. Some donations were as low as $5, and every dollar counted, along with donations of RMDs and even soybeans.

But that’s not the only record that was shattered this year.

The Team Schnak Strong Fund, founded in Aug. 2016 with the intent of helping families in Emporia and surrounding areas manage the expenses associated with type I diabetes, brought in $84,305.07 — the most ever raised by one Match Day organization. The fundraising total represented an $18,732.36 increase over last year, and $273,733.06 since 2017.

The Team Schnak Strong check was accepted by Mike and Kim LoPorto on behalf of founder Kent Schnakenberg, who was out of town advocating for diabetes awareness. The LoPortos’ daughter, Kaelynn, has diabetes.

“There are so many things I can say about Kent,” Mike LoPorto said. “He’s impacted my family in so many positive ways.”

Kim LoPorto said every day with diabetes is different.

“Kaelynn, she’s 8 now, and she’s been living with it for about seven-and-a-half years,” she said.

The LoPortos said Schnakenberg had hoped to bring in close to what was raised last year, but the record-breaking total was a surprise.

Pioneer Bluffs, a prairie heritage education center located in Matfield Green, raised $51,978.05. Executive director Lynn Smith was shocked to have raised that much money this year.

“The funding we get on Match Day really defines what we are able to do the rest of the year,” she said.

“I really am shocked,” Smith said. “Last year was an exceptional year and I didn’t even think we’d get close.”

The Emporia Area Habitat for Humanity earned $28,711.59 during its campaign. Board president Ryan Janzen said the organization had just finished its 25th house and was on track to welcome a family into its 26th house by early 2023.

“We’re trying to do our best to offer affordable housing in the community,” he said. “The money we raise today goes toward those efforts and helps us continue to build new houses.”

The fourth highest earner was the Food For Students program, run by The Emporia Gazette’s Chris and Ashley Walker. The program brought in $23,299.30, which will be used to purchase the food that fills up its food-to-go bags for low-income children in the Emporia Public Schools District. Each bag costs about $10 to fill.

“Prices are up, demand is up,” Chris Walker said. “We fill thousands of bags every year.”

Walker said they were honored to be able to help the school district feed hungry children each year.

“We couldn’t do this without [Match Day],” he said. “This fills half of what we do every year.”

Match Day also welcomed nine new organizations to the fold this year, with more than $83,100 distributed between them.

The Street Cats Club, which offers a trap-neuter-release program and foster program, brought in $13,118.64.

“This year alone we’ve already spayed or neutered over 300 stray cats,” said founder and director Victoria Partridge, adding that the group had hoped to raise around $15,000. “This means everything.”

Another first-time group was the Baby Closet of Emporia, bringing in $15,224.76. The program is operated out of the First Congregational Church. Becky Goodman, who helps run the program, said the group spends about $1,000 a month on diapers and formula. They’ve seen a big increase in need over the last few months, too.

First Congregational Church pastor Cheryl Henson said she joined the community about a year-and-a-half ago, and she’s been impressed with what she’s experienced.

“You are the most, in my 48 years of ministry, you are the most generous community I’ve ever been involved with,” she said. “It’s just amazing.”

Emporia Area Match Day was founded in 2014 as a way for smaller area nonprofits to raised much needed funds for their operations. This year, organizations had to be located in either Lyon County or one of its surrounding counties, have operating budgets of $175,000 or under, and have a fund with the Emporia Community Foundation.

“Almost all of other Kansas community foundations with a Match Day event require an endowed fund to participate and the ECF fund for organizations could be non-endowed,” Nurnberg said. “The ECF is audited annually and nationally accredited, so donors feel confident when sending money to the foundation. Also, the ECF has experience in accepting gifts of assets for charities and this year Match Day donations ranged from RMDs to soybeans.”

Once selected by the Match Day Committee, the ECF staff worked with the participating groups on social media, videos, media interviews and other fundraising efforts until Nov. 14.

The 2022 Match Day matching fund of $70,000, funded by matching donors the Clint Bowyer 79 Fund; the Jane and Bernard Reeble Endowed Foundation; the Trusler Foundation; the Preston Family Charitable Fund; the WS & EC Jones Testamentary Trust, Bank of America, N.A. Trustee; Fred & Paula Neuer, Nick and Jan Laurent; plus, the two newest - the Emporia Masonic Lodge No. 12; and the ECF Fund for the Future, was the largest to date.

More information about Emporia Area Match Day can be found at www.emporiamatchday.com, or by calling the Emporia Community Foundation at 620-342-9304.

The 2022 Match Day totals, including match money and additional prizes, are as follows:

Where to step up emporia, and surrounding area’s. Shows that this is a great place to live.

Where to step up emporia.