You are the owner of this article.
Edit Article Add New Article
You have permission to edit this article.
Edit
Home
News
Sports
Obituaries
Area News
Print Edition
Magazines
Covid19
Classifieds
Subscribe
1 of 7 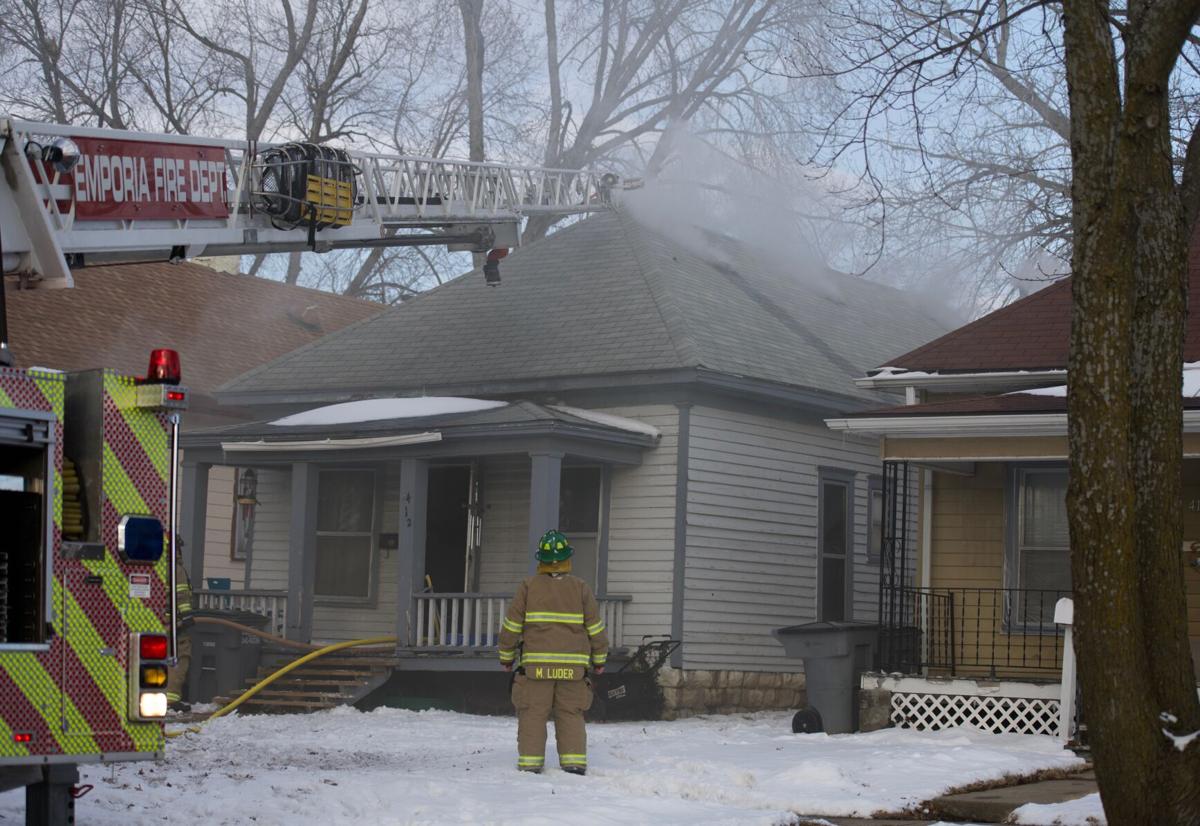 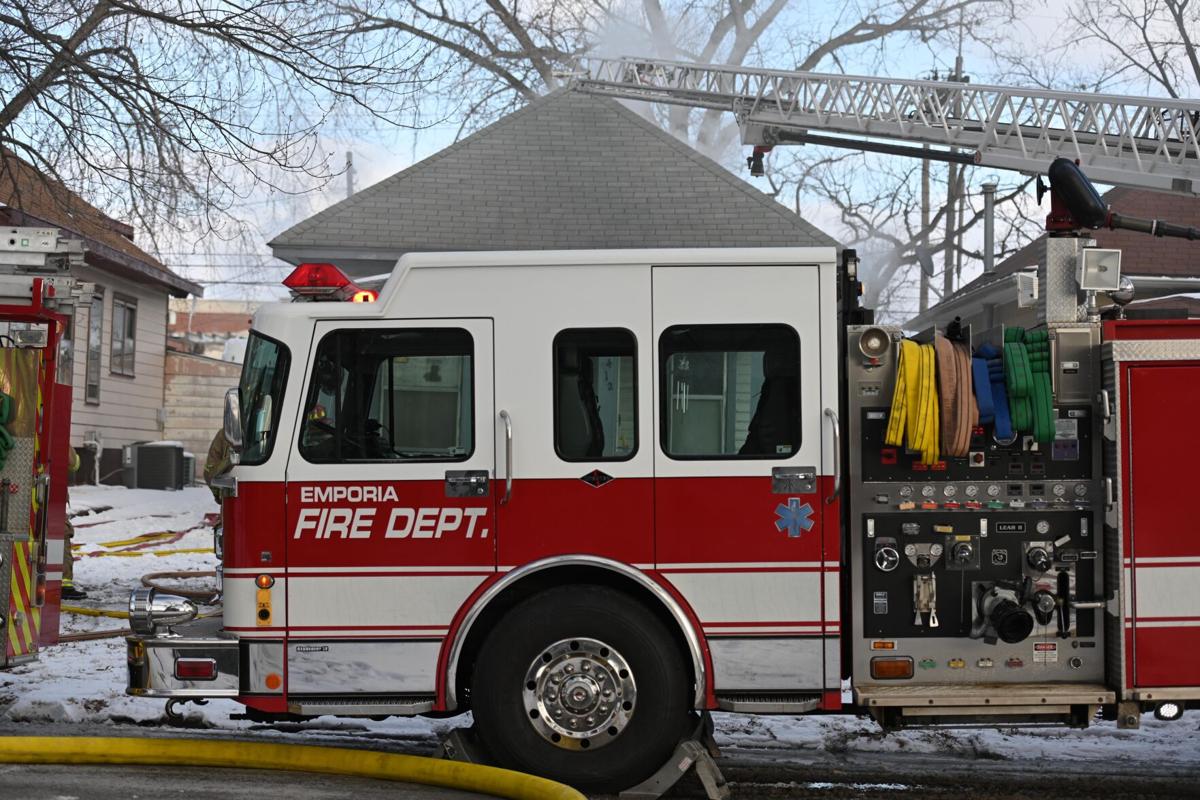 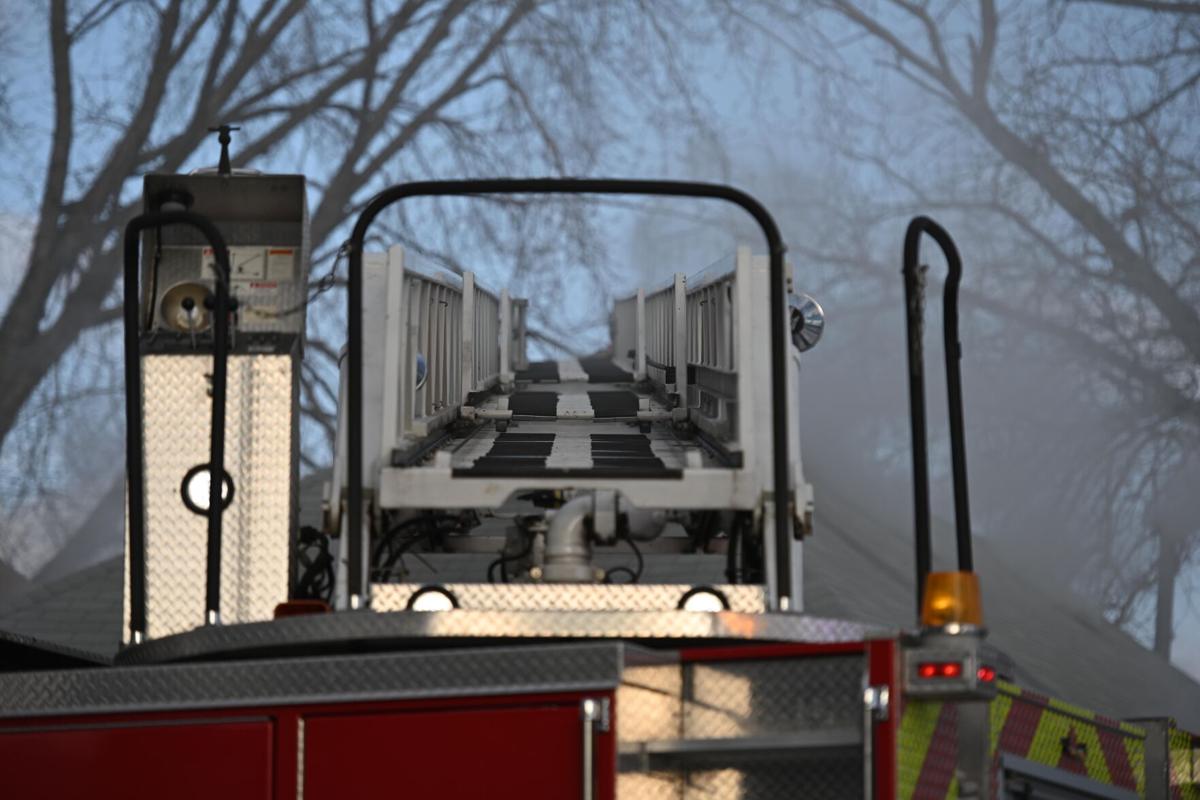 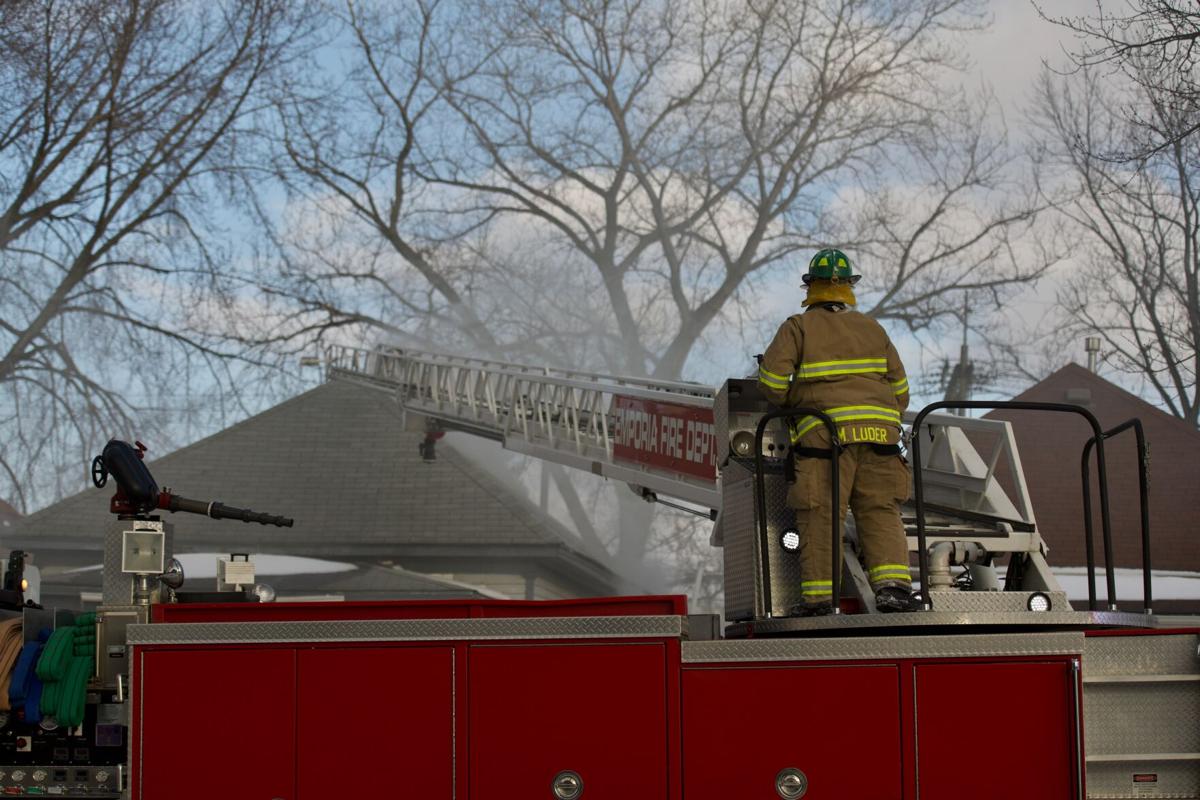 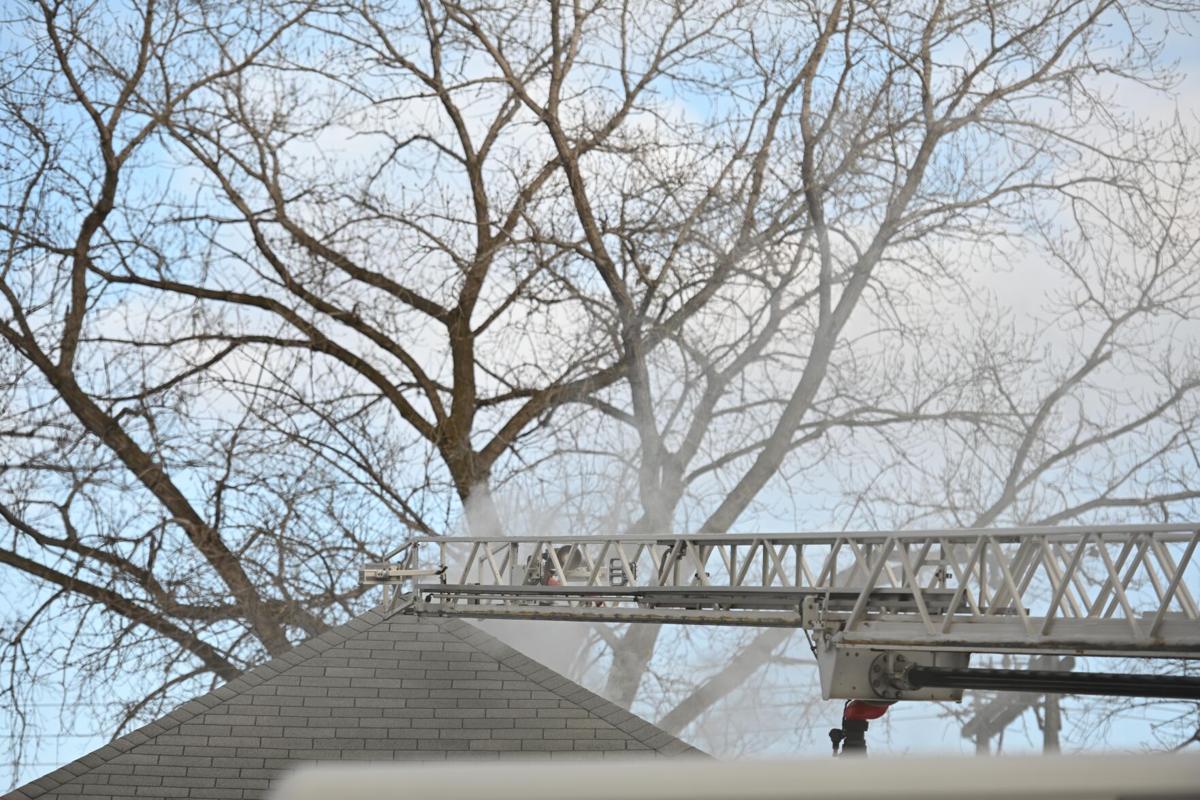 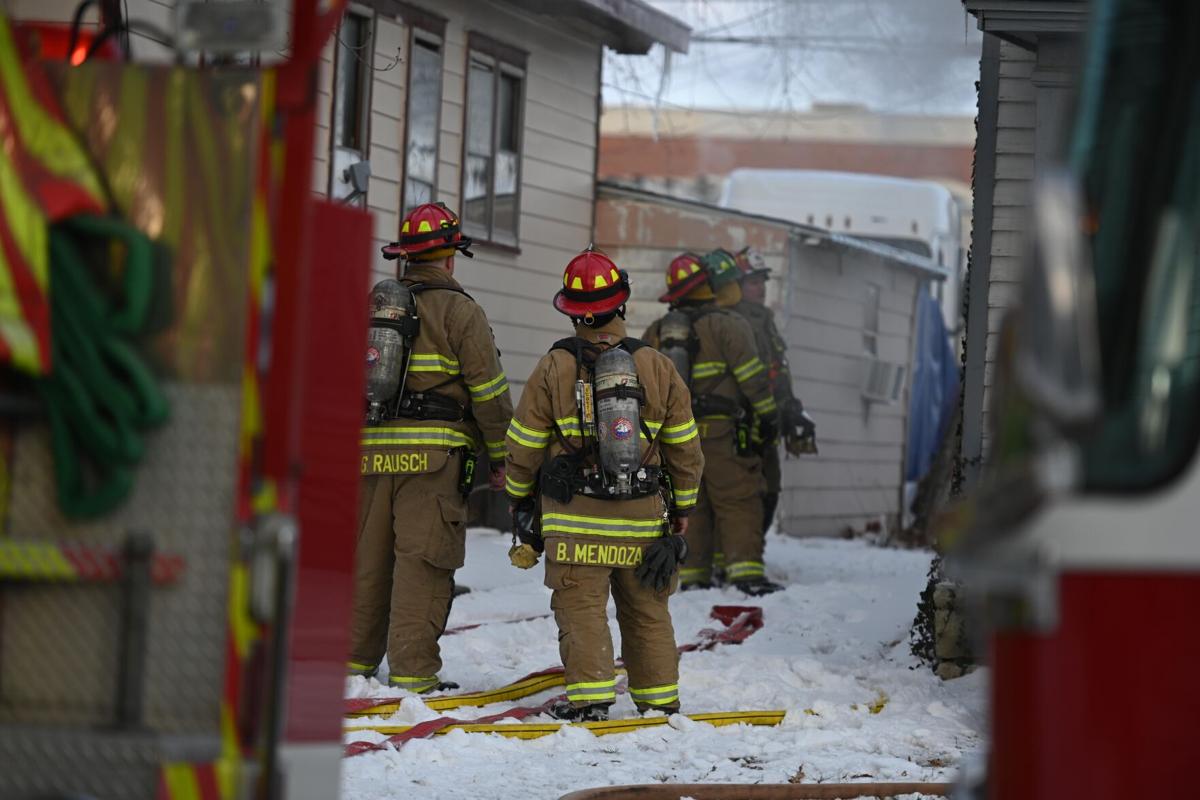 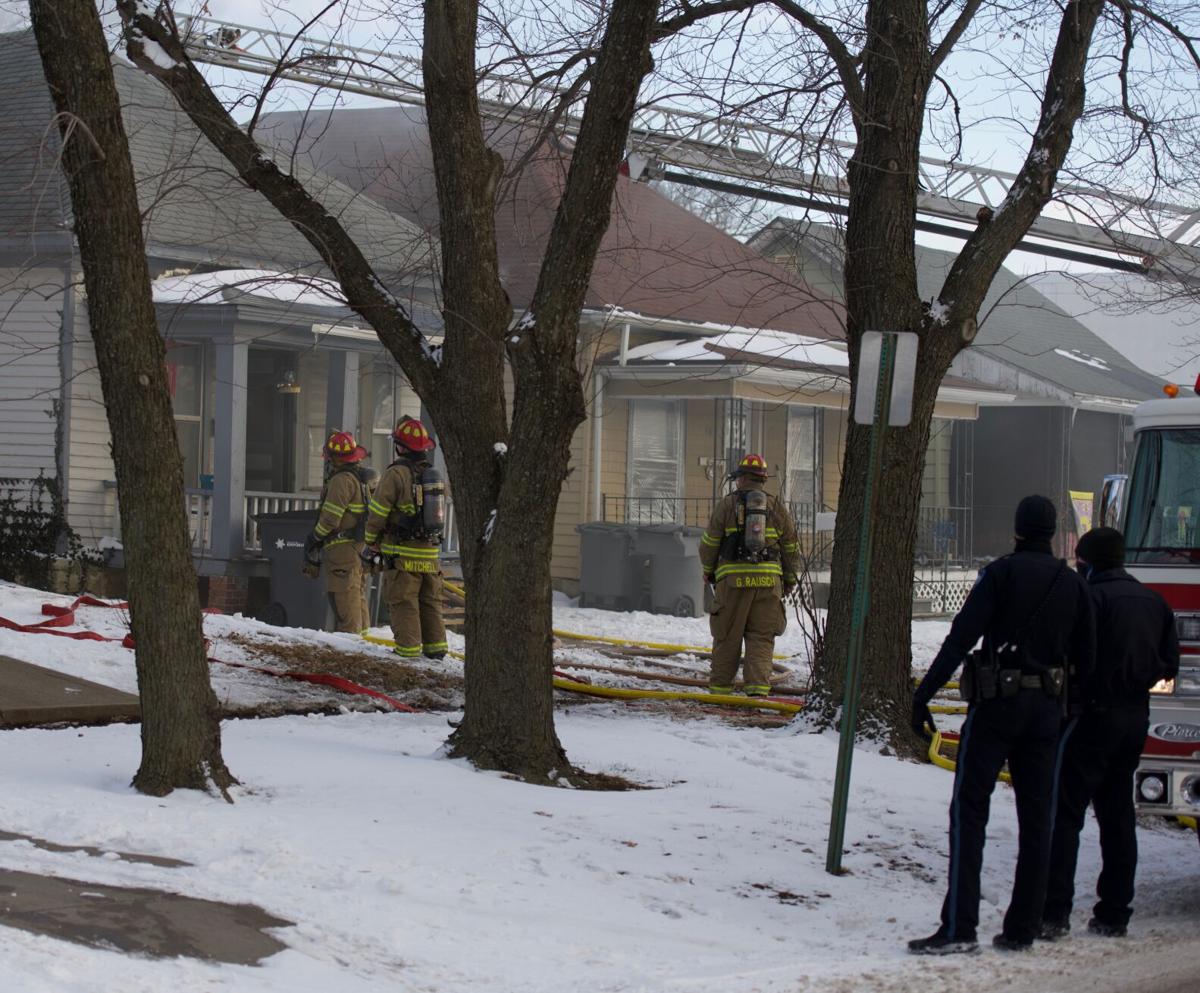 The cause of a fire that caused extensive damage to the walls and ceilings of a home in the 400 block of Constitution Street, Wednesday afternoon, is still under investigation.

Just before 4:30 p.m., the Emporia Fire Department was toned out to a structure fire at 412 Constitution St., with early reports of smoke coming from the attic.

Police officers on scene confirmed fire showing from the ceiling.

Battalion Chief Eron Steinlage said the majority of the fire was in the attic space, and fire crews “did a great job” of getting the fire knocked out before it spread to further parts of the house.

“After getting the fire extinguished, it was more or less trying to find out where all the hot spots were,” Steinlage said. “That took us a great period of time. It took us a couple of hours to make sure that the structure was fully extinguished.”

The residents of the home were able to exit the house without injury, he said. There were no injuries to people, pets or firefighters.

Steinlage said there are challenges involved with putting out fires during freezing temperatures. While the dangerous wind chills that plagued the area were not an issue Wednesday, he said fire crews had to watch for frozen hose lines.

“It was a warm enough day that it seemed like the flow of water was something we didn’t have to worry as much for freezing water,” he said. “What we did have to watch out for was where we were stepping, because of water, as it was running down the sidewalks or out on the ground, it was freezing up.”

In this weather people need to guard against the temptation to do something stupid. Don't put pennies in the fuse box. If your house still has a fuse box. Don't heat your house with the gas stove or a propane heater. Don't bring your charcoal grill into the house to heat it. All these things people have done and killed either themselves or themselves and their neighbors. You can if you wish use a catalytic heater inside, or turn your electric dryer on and vent it inside.