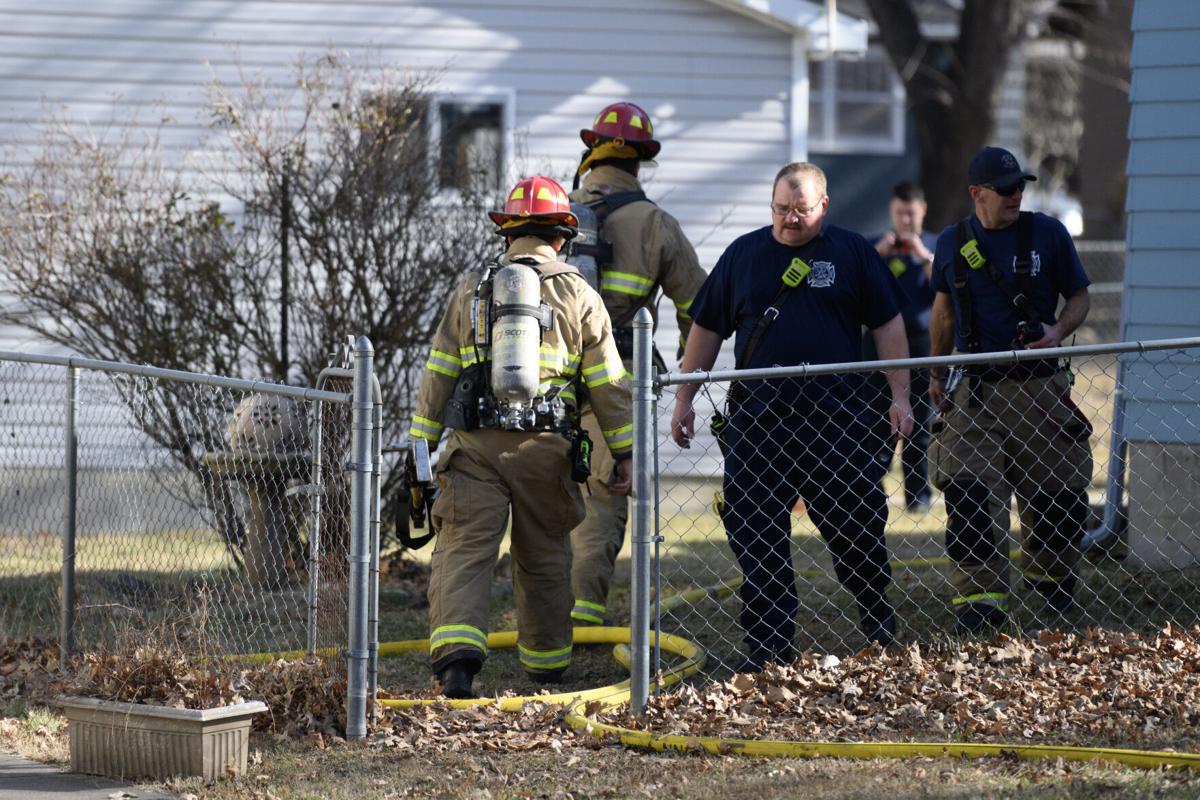 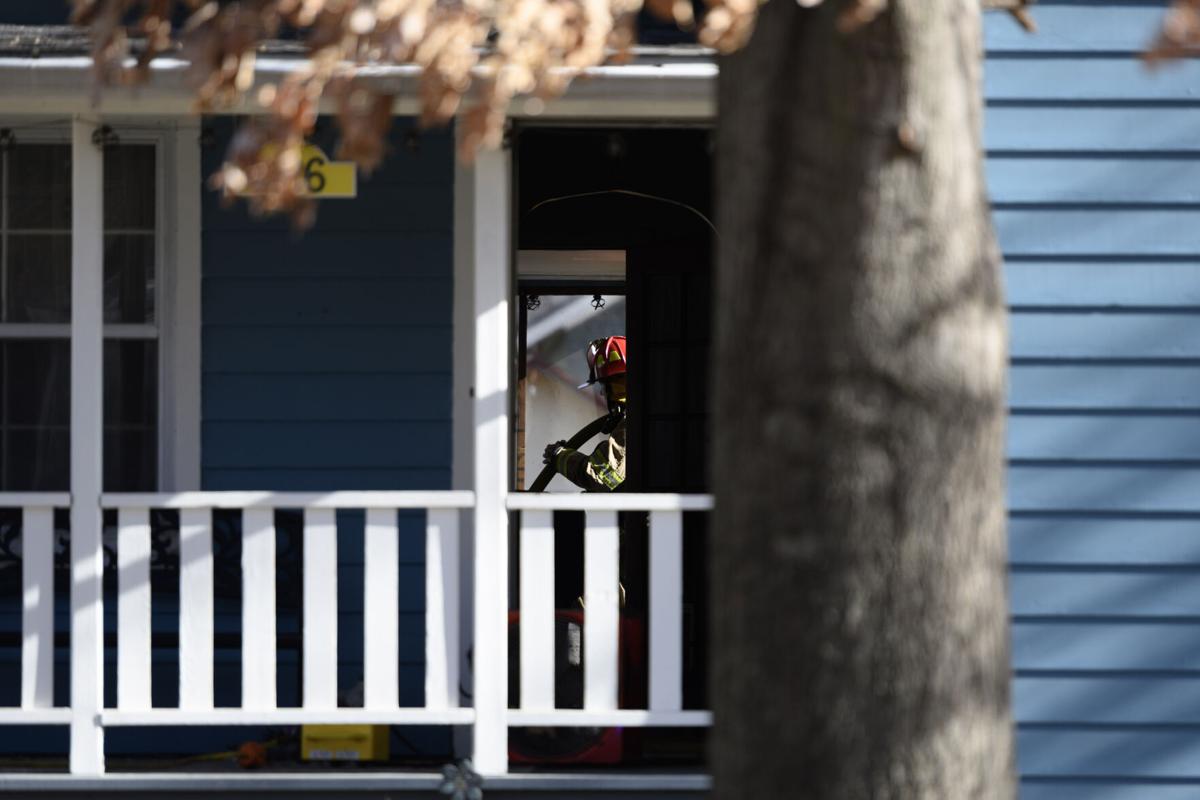 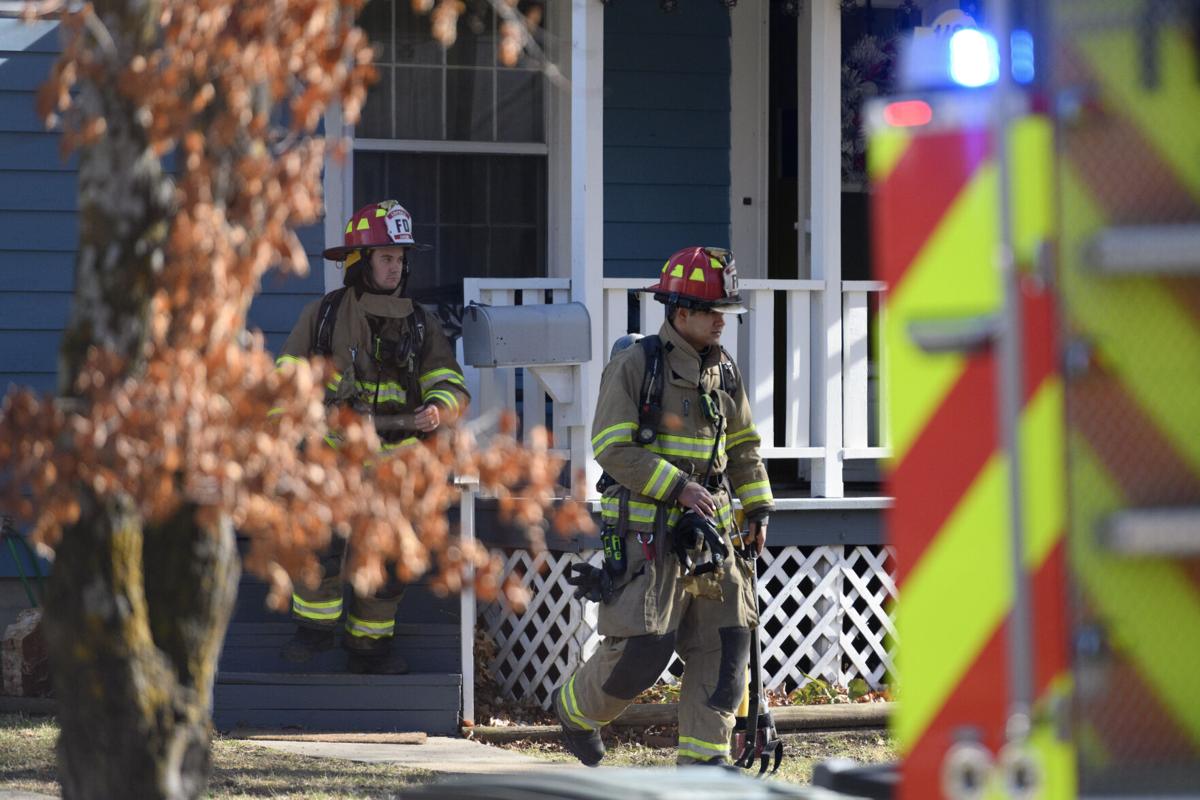 Firefighters walk between homes in the 1400 block of Walnut St., Wednesday afternoon, as they respond to reports of a structure fire. 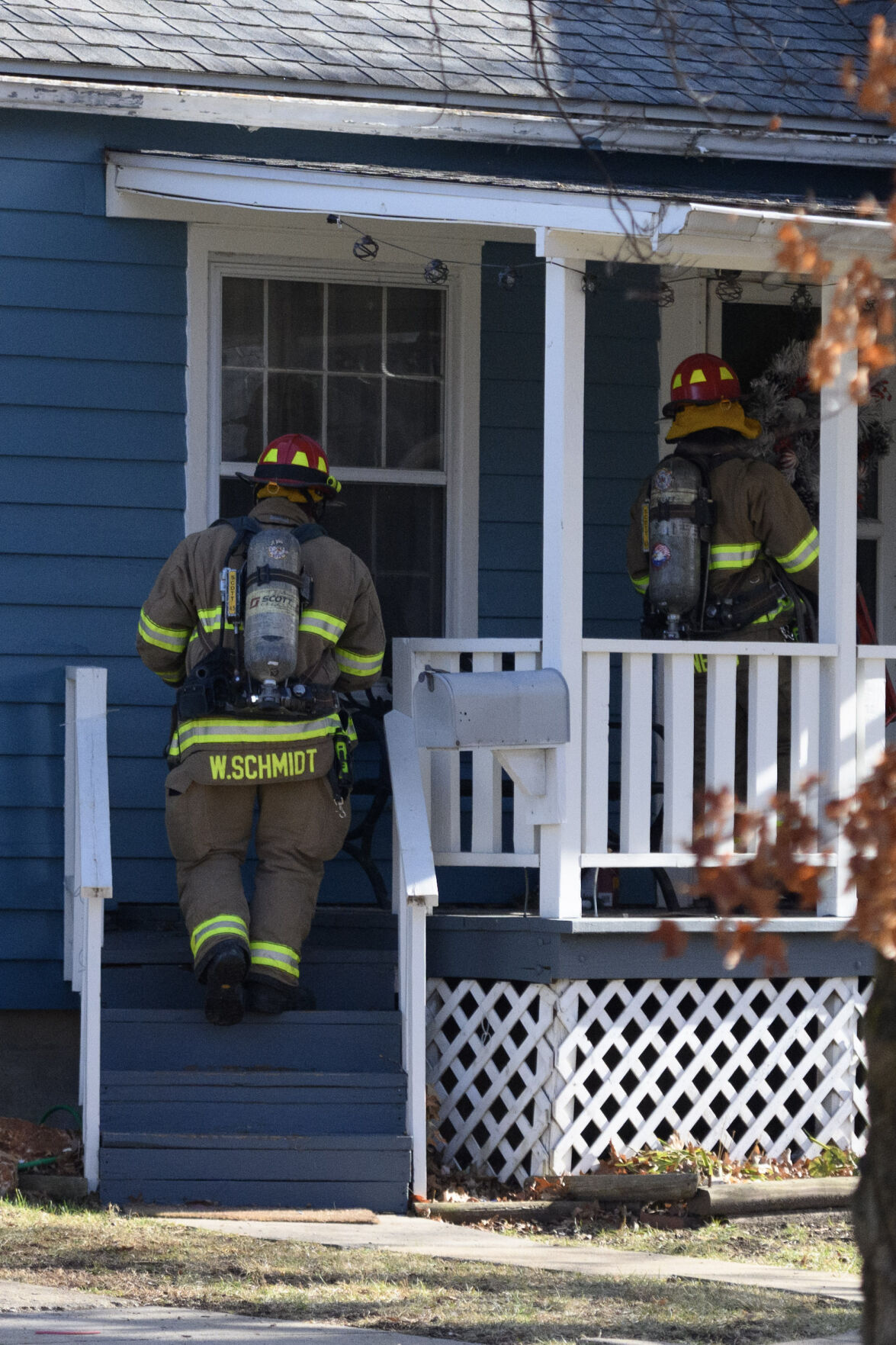 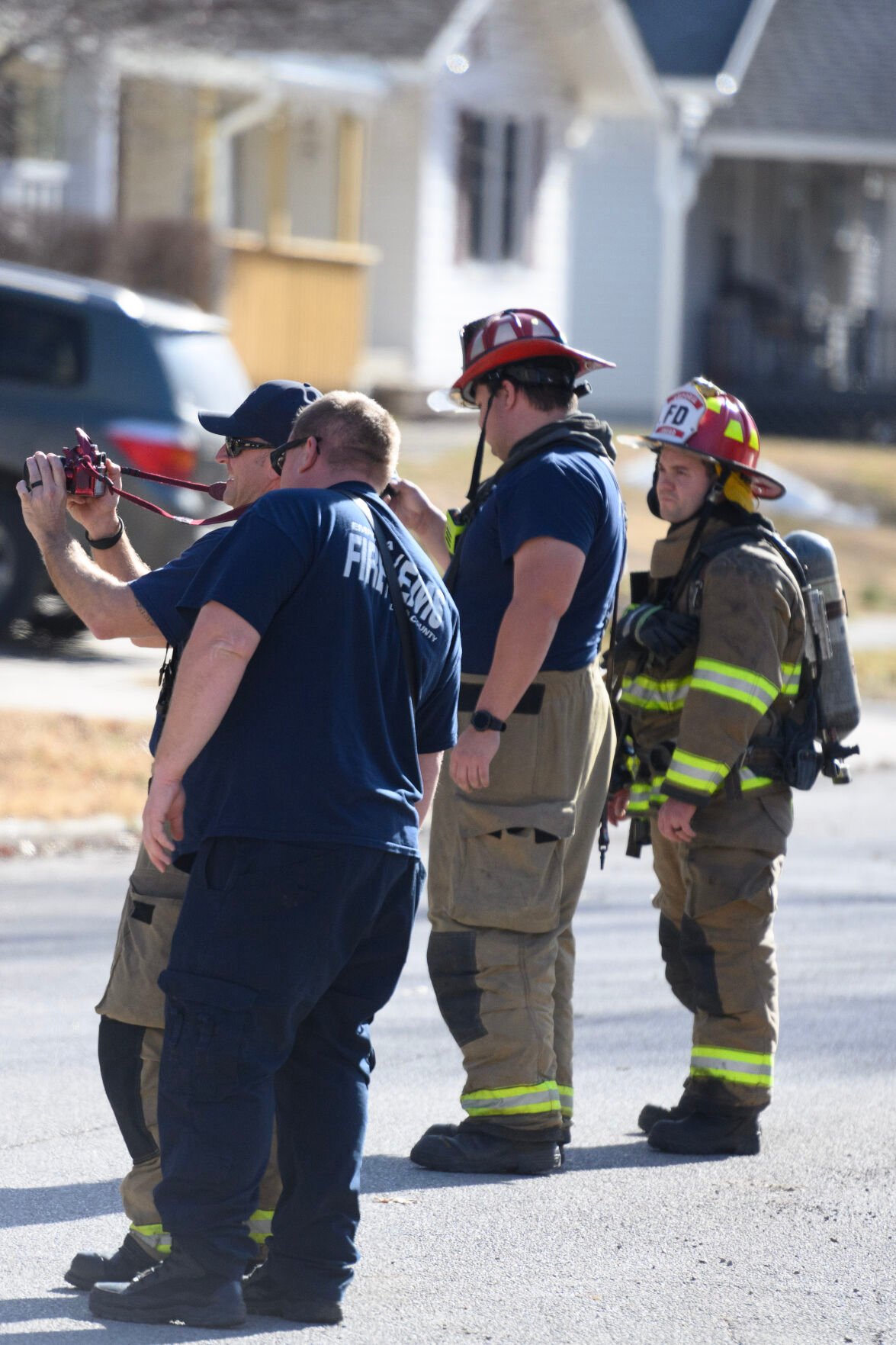 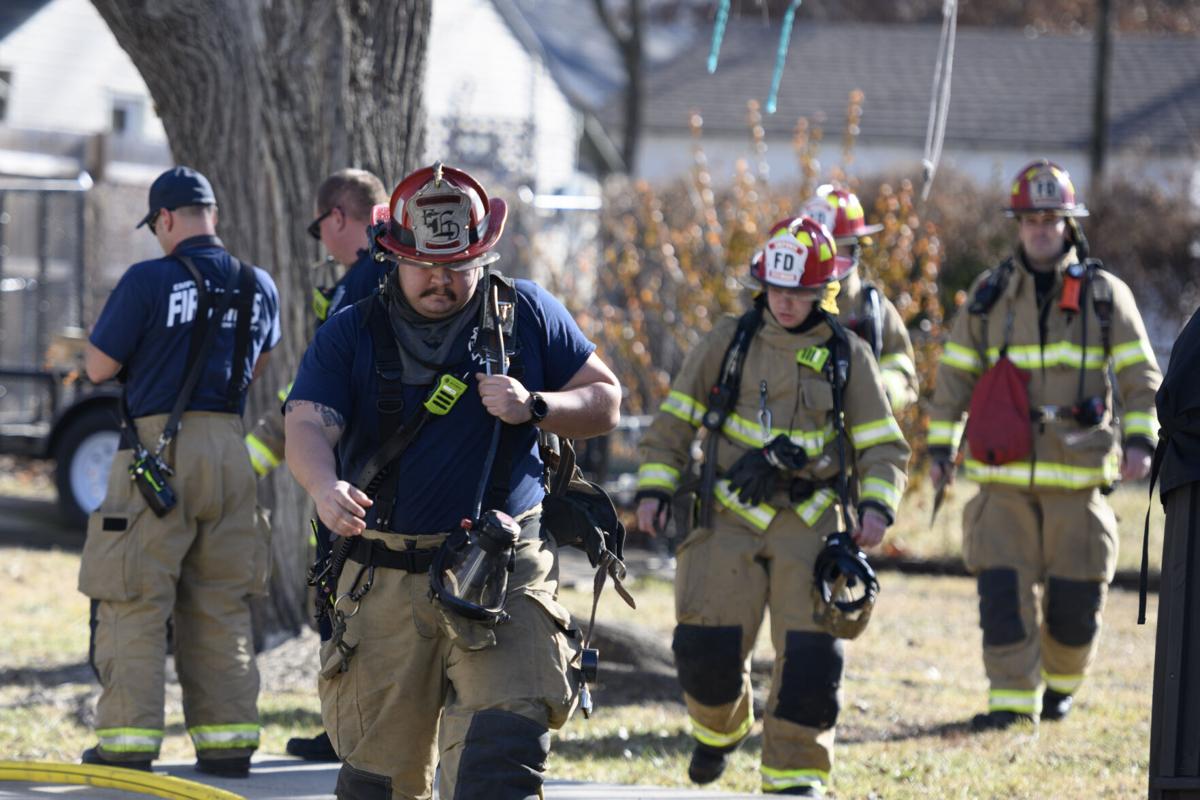 Firefighters walk between homes in the 1400 block of Walnut St., Wednesday afternoon, as they respond to reports of a structure fire.

The Emporia Fire Department is investigating a small structure fire that damaged a porch in central Emporia, Wednesday afternoon.

Just before 1:15 p.m., dispatch toned out for reports of a fire at 1426 Walnut St. Battalion Chief Tony Fuller said went fire crews arrived, they found the blaze to be contained to the back porch of the home.

The fire was quickly contained.

“The inside of the house had a smoke smell, but there was no damage,” Fuller said. “There were about eight deck boards that were burned, but that was most of the damage.”

Fuller said fire investigators were still on the scene. The Gazette will update with more information as it is available.

Please don't tell us the cause was an accident. "Accident" is not a cause of anything.