You are the owner of this article.
Edit Article Add New Article
You have permission to edit this article.
Edit
Home
News
Sports
Obituaries
Area News
Print Edition
Magazines
Covid19
Classifieds
Subscribe
1 of 8 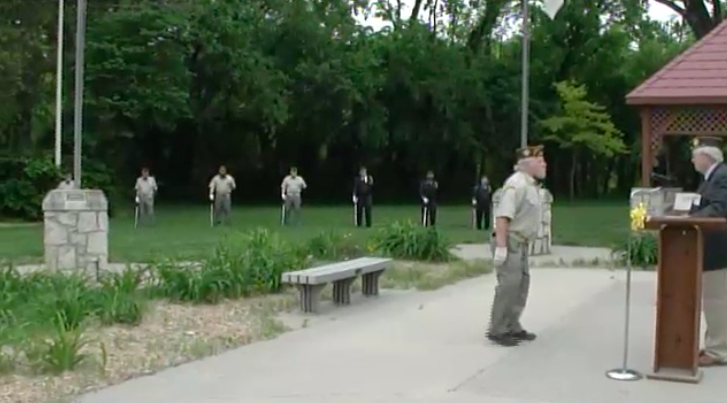 The firing squad prepares for the three-volley salute. 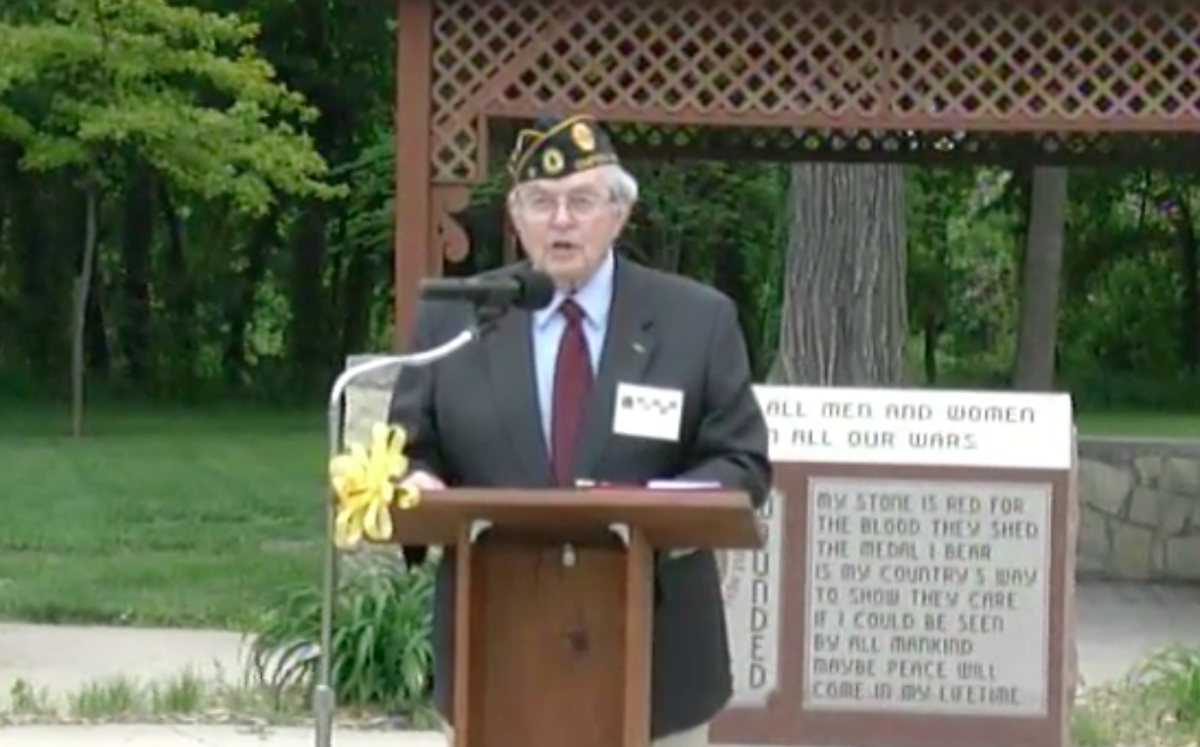 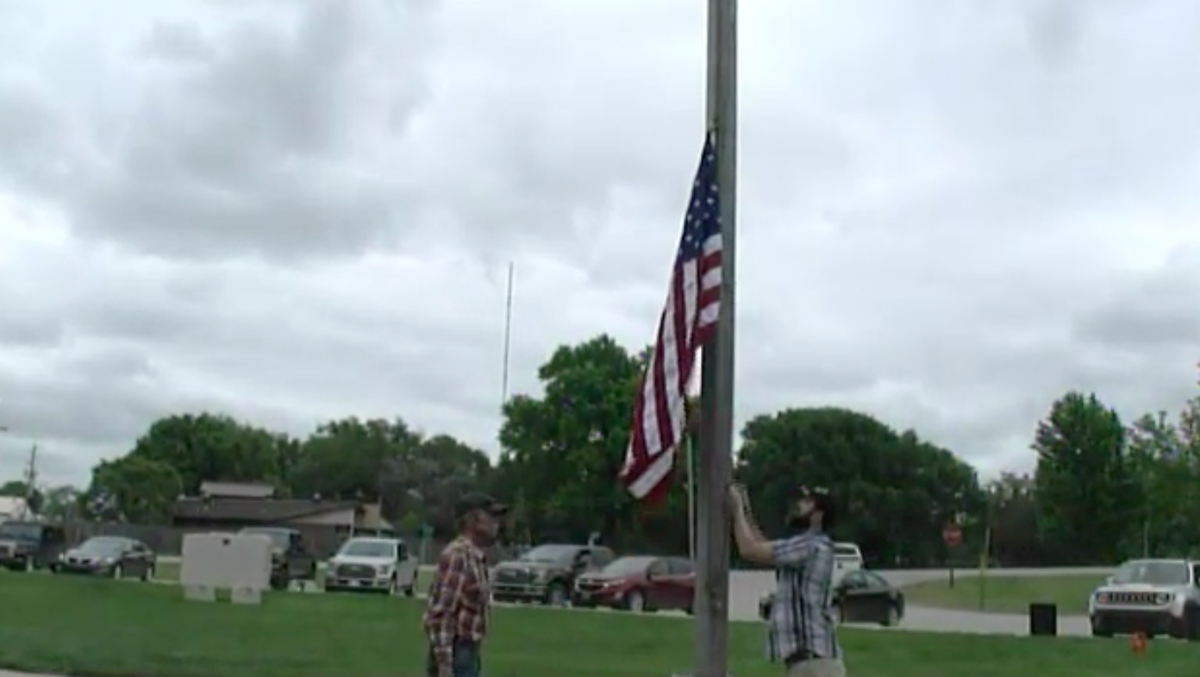 Raising the flag during the Memorial Day Celebration at the All Veterans Memorial. 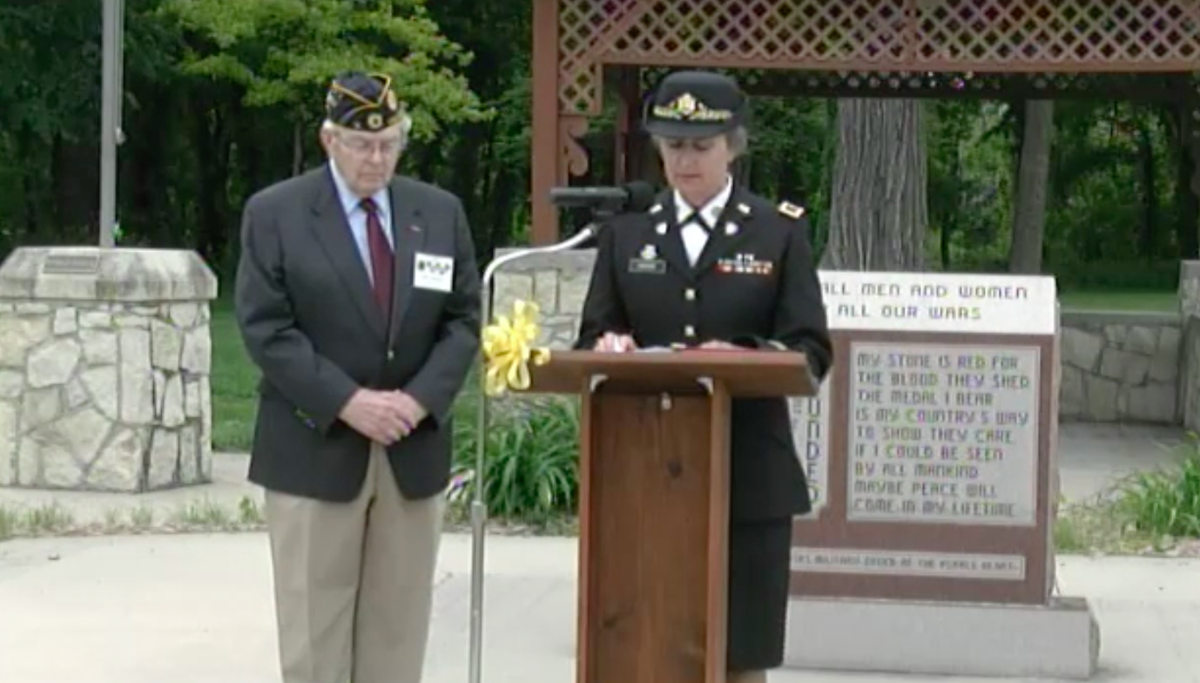 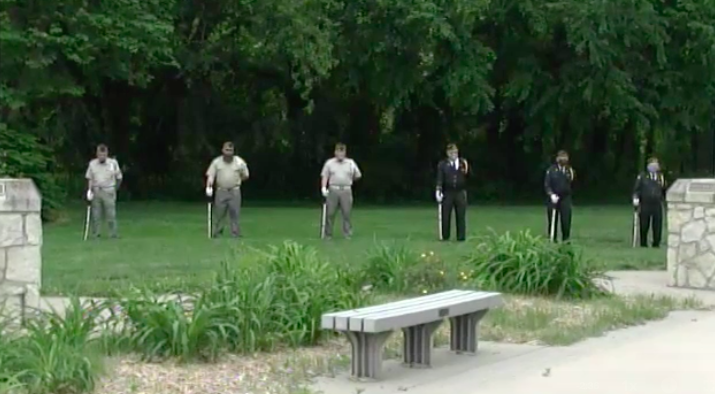 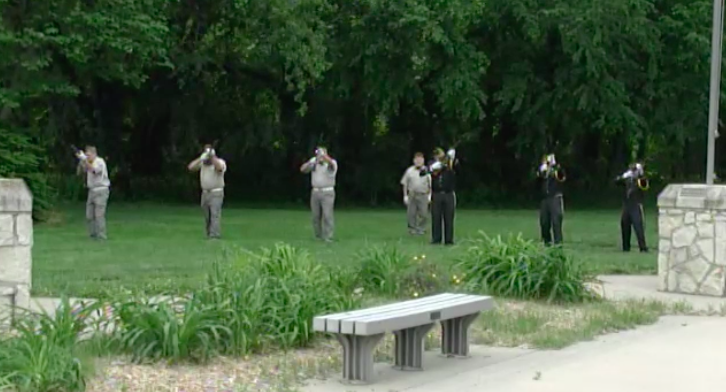 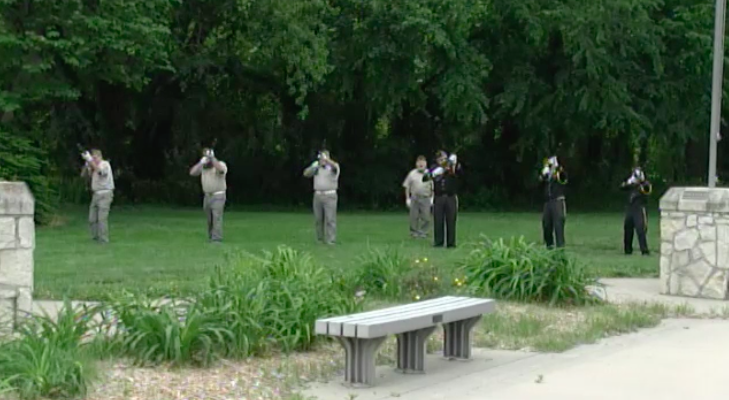 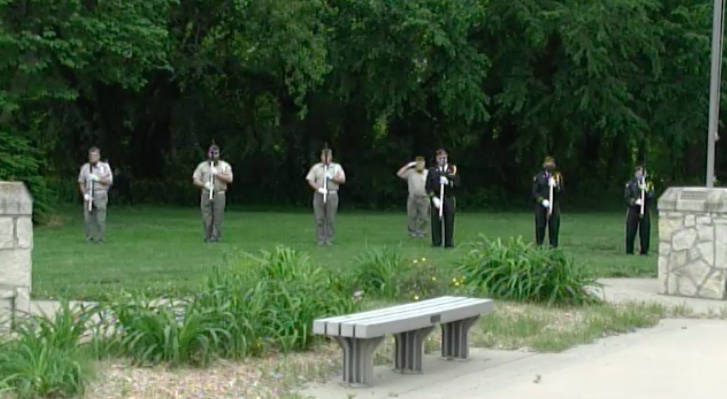 The firing squad reflects as “Taps” plays to conclude the 2020 Memorial Day Celebration.

The firing squad prepares for the three-volley salute.

Raising the flag during the Memorial Day Celebration at the All Veterans Memorial.

The firing squad reflects as “Taps” plays to conclude the 2020 Memorial Day Celebration.

It was a day to reflect on the lives of fallen servicemen and women during a special Memorial Day Celebration Monday morning.

The event, which traditionally invites and draws a large community gathering to Emporia’s All Veterans Memorial each year, was pre-recorded last week for broadcast on ValuNet Fiber and KVOE-TV.

Retired Col. John Sanderson, US Army, who served as the master of ceremonies this year, said organizers from American Legion Post No. 5 and VFW Post No. 1980 had come together to put the celebration together.

“We’re not going to let a deadly virus keep us from honoring those servicemen and servicewomen who died in combat,” he said.

Col. Lesley Draper provided the opening prayer, urging those listening to remember the sacrifice of the fallen.

“We thank you for the men and women who willingly made the ultimate sacrifice, and for their families who had to carry on without them,” Draper said. “It is a sacrifice that we sometimes take for granted.”

One of those family members is Maria Lane, a Gold Star Mother. Lane’s son, Spc. David Joseph Lane, was killed while serving in Rustamiyah, Iraq on Sept. 4, 2007. Maria Lane read a poem entitled “The Ultimate Sacrifice.”

Each year, the names of local veterans who have died over the last year are read as part of the ceremony. This year, there were 99 names to be announced.

“It’s kind of hard to imagine that a year ago today, all of those names were names of living veterans who served our country,” Sanderson said, after the names had been read.

The ceremony concluded with a three-volley salute by the local firing squad and a performance of “Taps,” a final celebration and tribute to the fallen.

The service is still available to view online at KVOE-TV.

"We're not going to let a deadly virus keep us from honoring those servicemen and servicewomen who died in combat."