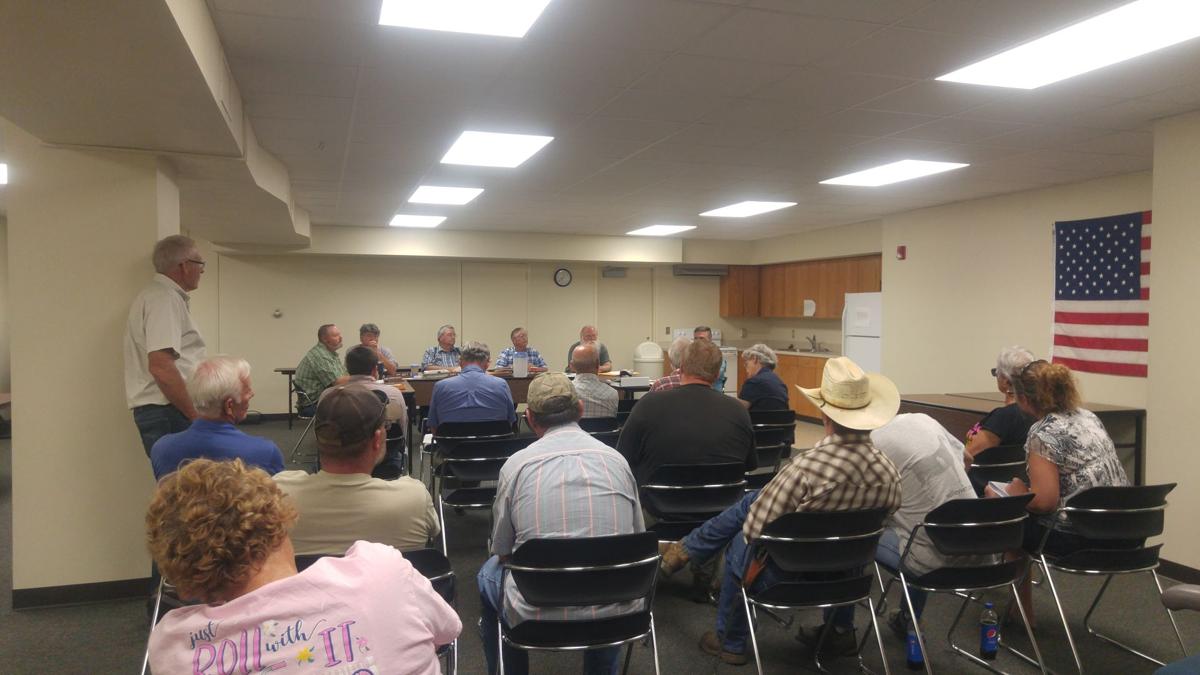 A standing room only crowd was on hand Wednesday for a Planning/Appeals Board meeting at the Lyon County Annex. 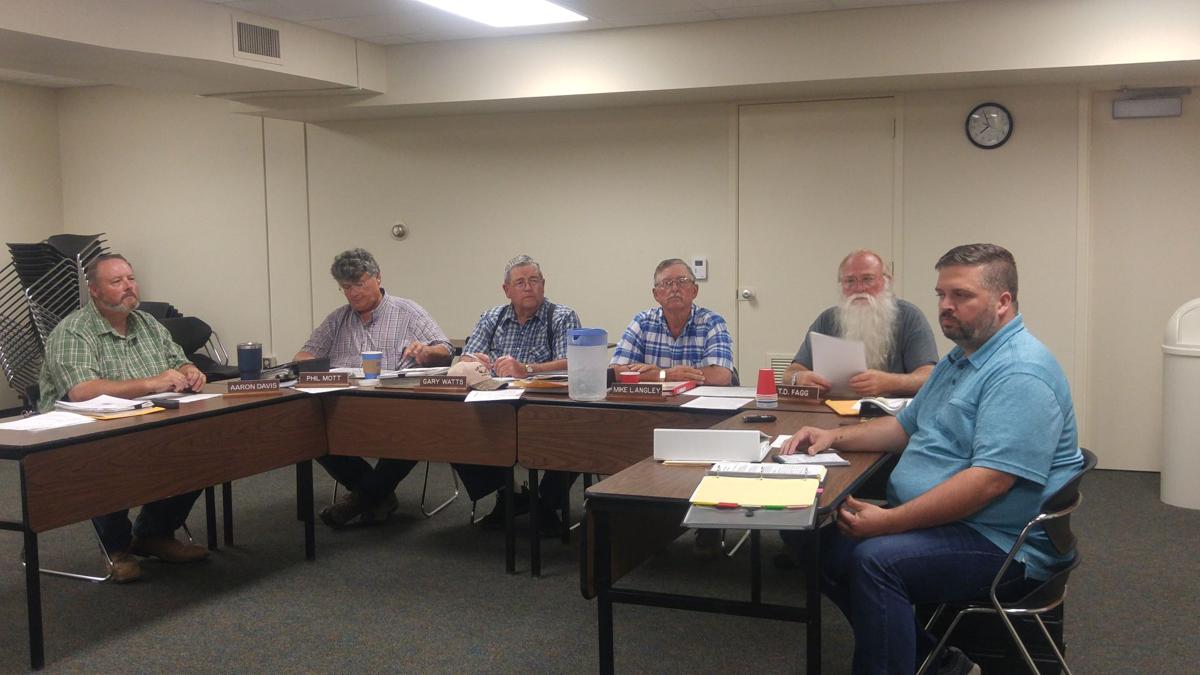 The Lyon County Planning/Appeals Board listens to public comment Wednesday during its monthly meeting.

A standing room only crowd was on hand Wednesday for a Planning/Appeals Board meeting at the Lyon County Annex.

The Lyon County Planning/Appeals Board listens to public comment Wednesday during its monthly meeting.

The monthly Lyon County Planning/Appeals Board meeting was standing room only on Wednesday night as county residents and other stakeholders gathered at the Lyon County Annex to discuss two matters of concern.

A public hearing was held in the matter of a request for a Zoning change from Agricultural to Industrial for a tract of land in the 1500 block of Road 200, owned by Lex A. and Janice M. Price, Rev Trust. The county commission requested that the board review the request and return a recommendation. After reading the request and adding usage restrictions such as arsenal storage, waste transfer, meat packing and manufacturing of noxious materials, the board opened the floor for public comment.

Eric Goodman, a representative of BNSF — which is interested in leasing the property should the zoning request be accepted — commented said the railroad intends to use the site for “things that go into building things.”

He explained that would include things like a lumberyard, metal fabrication and other parts of the construction supply chain.

“The restrictions [the board is] putting in place is not uncommon to those at other similar sites we use,” he said.

Kent Heermann, president of the Regional Development Association of East Central Kansas, spoke in support of the zoning change and the restrictions the board added.

Several residents of the area around the tract of land spoke against the proposed change. Primary objections were to the anticipated increase in traffic, especially commercial traffic, and the “blank check” — or open-ended approval — for industrial use.

Many people expressed concern about the safety and noise issues related to increased traffic as well as the cost of road maintenance if the land became an industrial site. The lack of clarity about what the property would be used for both immediately and in the future also drew objections.

“When you give a zoning change and you don’t know what it’s going to be used for, then you give them a blank check, and later we don’t have an opportunity to fight it,” Warren Van Gundy said.

Following the period for public comment, board members stated their opinions about the request with most coming down in favor. Phil Mott said he was in favor of the zoning change because it made the property more marketable.

“[This property] has been identified as the best site with rail service in Lyon County,” he said.

He went on to say progress requires change, and while he is sympathetic to the concerns brought forward, “I think with the restrictions we propose, it’s good for the county.”

Gary Watts spoke against the change, citing concerns about zoning the site as Industrial without more information about what it will be used for.

A member of the public then requested that public commenting be re-opened, which was approved after some discussion among the board. The resident read the board’s official purpose and objected to what he viewed as the board “marketing property and promoting economic development” outside those official parameters.

Public comment was then closed again and the board voted whether or not to recommend the zoning change to the county commission. The vote carried 3-1 with Mott, Langley and Aaron Davis in favor and Watts opposed. T.D. Fagg, the fifth member of the board, recused himself from the discussion and vote because he is a longtime BNSF employee.

“I can’t see that there is a need for the rail service,” Watts said, explaining his ‘nay’ vote. “We also have no idea what the supposed economic development is because we don’t know the usage.”

Lyon County Planning, Zoning and Floodplain Management Director Sam Seeley informed the public in attendance that while the recommendation will go to the county commission, there is a valid protest petition in effect and another meeting inviting public comment will be held before a final decision is made. Once the date and time of the meeting are set, the information will be announced on the office’s website and Facebook page, in The Emporia Gazette and on KVOE.

The second item on the agenda was a discussion about the Pre-Final (First Draft) Zoning Regulations Draft which was discussed at length at the board’s August meeting and again at the county commission meeting on Aug. 29.

Seeley said a few hundred comments from the public, board members and himself have been submitted to Urban Collaborative, the firm collaborating with the county to draft the updated regulations. He said the second draft will be available for review on Oct. 22 in a format that will be easier to download than the first draft.

A few weeks after the second draft is published, the board will embark on a series of four workshops to discuss the draft and make additional revisions. The public is welcome to attend those workshops; details about dates and locations will be announced in advance.

A few county residents had questions clarifying the process and purpose of revising the regulations. Seeley said the old regulations date back as far as 2001, and reference old data and issues that are no longer relevant.

“We don’t want many changes,” he said. “We want clarification.”

Seeley also noted that part of this review process is to determine if the regulations in Lyon County are legal under Kansas state law.

“We’ve been doing them because we’ve always done it this way, but we need to make sure what we’re doing is enforceable under Kansas law,” he said.

Seeley invited the public to send additional comments about the proposed regulations directly to him or call for an appointment for further discussion. He can be contacted at 341-3471 or sseeley@lyoncounty.org.

There is a great site available next to Sauder Tank.