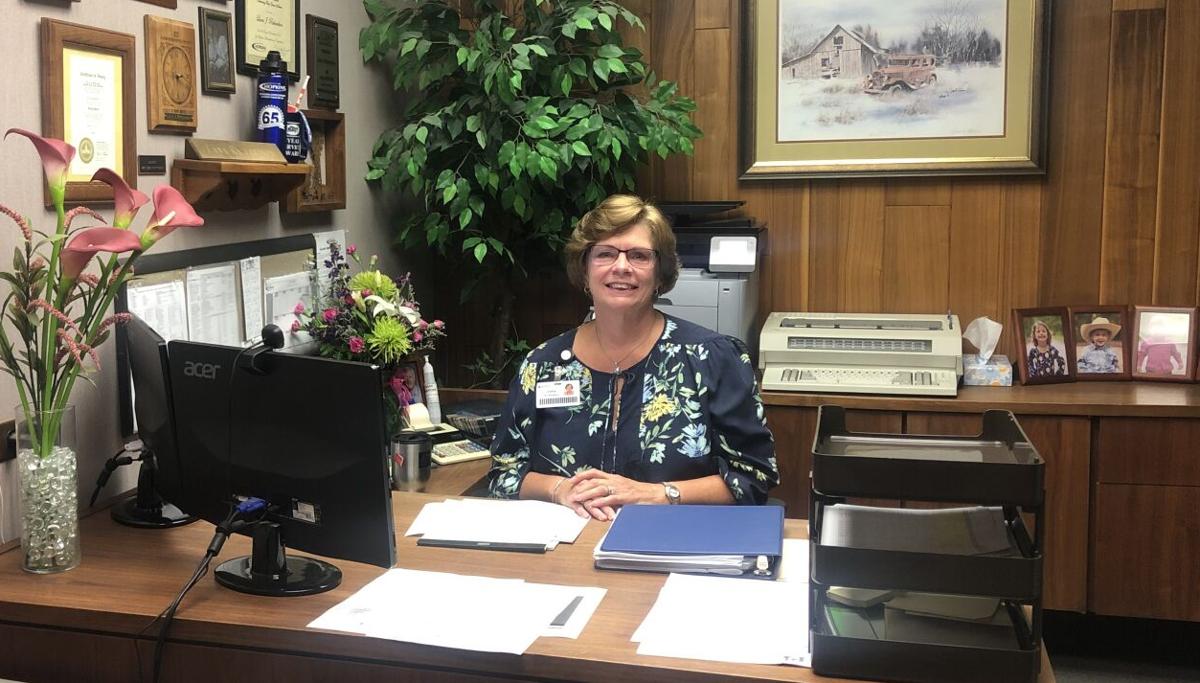 Lana Richardson sits behind her desk in her office at Hopkins Manufacturing. Richardson is retiring today after 45 years with the company. 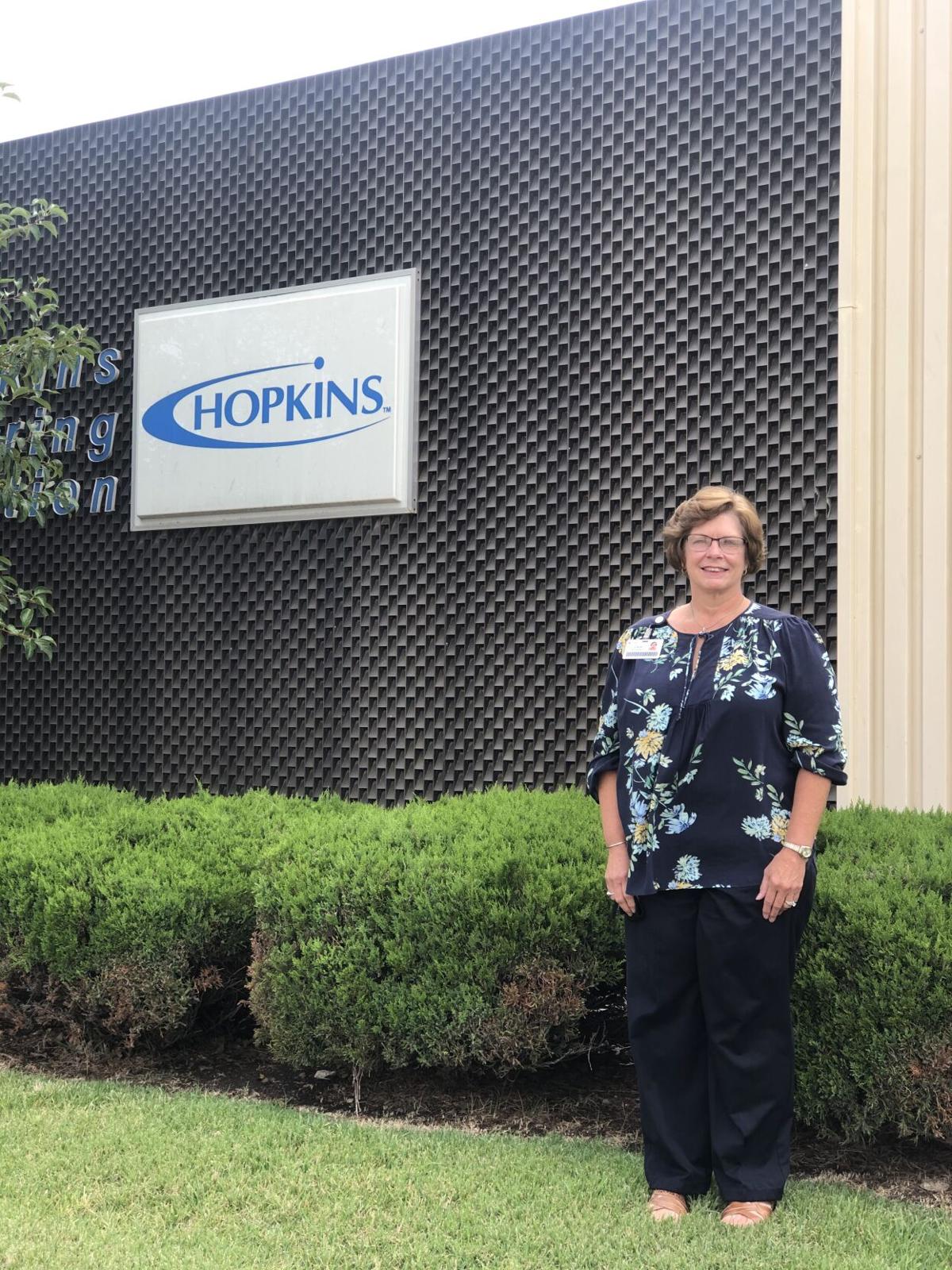 Lana Richardson sits behind her desk in her office at Hopkins Manufacturing. Richardson is retiring today after 45 years with the company.

Not many people can say they’ve spent more than 40 years with one employer.

Lana Richardson is retiring today after 45 years with Hopkins Manufacturing.

Richardson is the executive secretary at Hopkins, joining the company right after college.

“I’ll miss seeing them on a day-to-day basis,” Richardson said. “I’ve been here for so long they’re really a second family to me.”

Hopkins was a small company with around 100 employees when she began in 1975. That small-company atmosphere was part of what kept Richardson engaged at the beginning. “They had a great management team, and just all-around great people who were down to earth,” she said.

Today, the company has grown tremendously with multiple locations and more than 1,000 employees. Sales and acquisitions have also grown since then, with the Emporia-based company growing into a multi-national corporation.

Richardson reminisces on the first big memorable moment for the company.

“Back in 1985 when our company grew so quickly with the introduction of the bear claw ice scraper, it was a time of just [monumental] growth for the company... That was the first one that was really big for our company,” she said.

Ever since then, Hopkins just continued to grow and expand.

Now, Richardson plans to spend more time with her grandchildren and do projects around her house. Unfortunately, she cannot travel due to the ongoing novel coronavirus, but she will still enjoy life to the fullest.

“It’s just been a great experience at Hopkins and I wish them the very best and continued growth and I’ll be watching them,” she said. “I will miss it.”

Richardson has had an impact on the people she has worked with over the years, too.

“When I came to Emporia... she was very welcoming, a resource of information,” said Adela Maynez, human resources site manager at Hopkins. “She’s very good at what she does, she’s a go-to person. It’s been great having her in the company for sure.”

Maynez has worked with Richardson for 23 years. Maynez’s favorite memory working with her was when they were coordinating, preparing and making the celebration for Hopkins’ 65th anniversary in 2018.

“She is very professional, very respectful,” Maynez said. “She is a true executive secretary. She will be greatly missed, that’s for sure.”

"It's just been a great experience at Hopkins and I wish them the very best and continued growth and I'll be watching them."