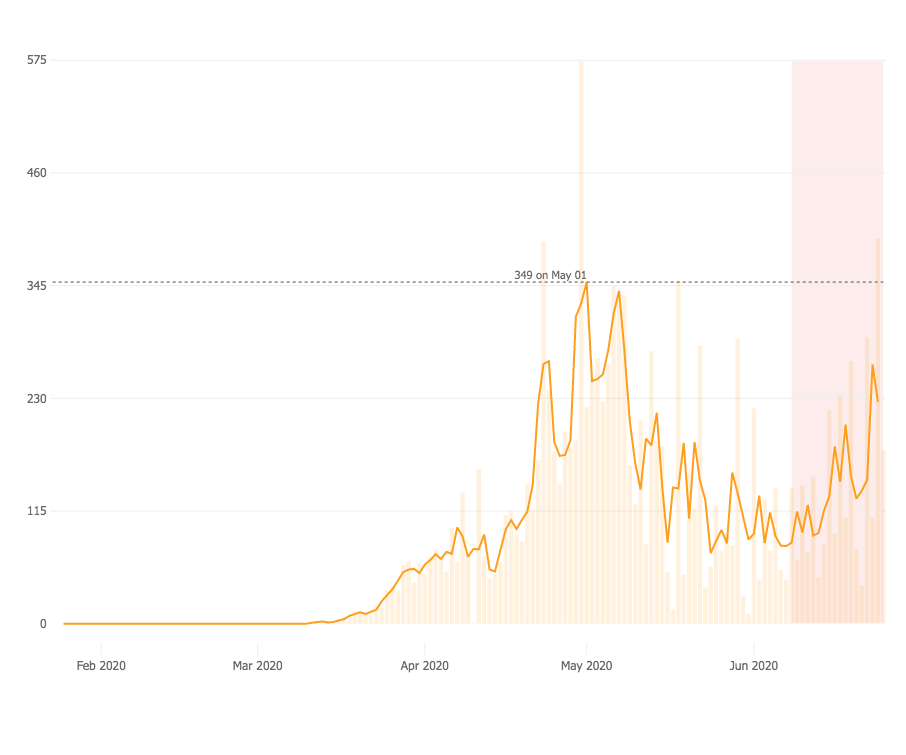 This graph from Johns Hopkins University shows the curve in Kansas starting to rise once again. 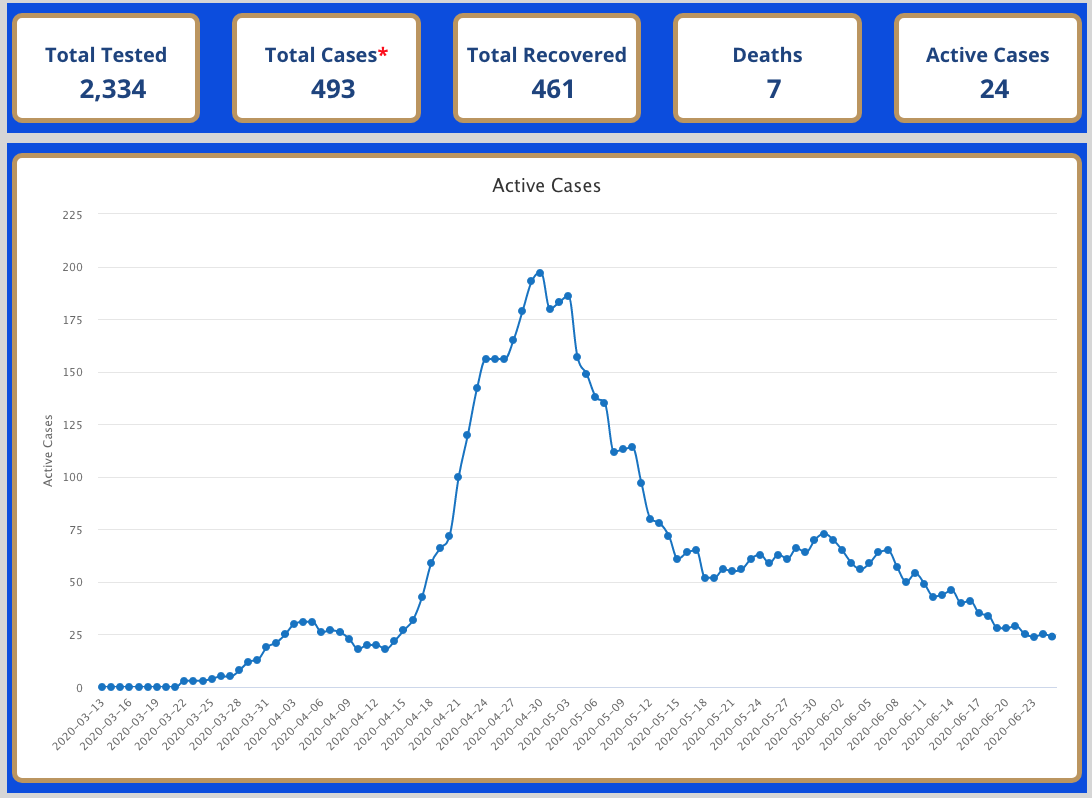 Lyon County currently has 24 active cases of the novel coronavirus as infections begin to surge around the state.

This graph from Johns Hopkins University shows the curve in Kansas starting to rise once again.

Lyon County currently has 24 active cases of the novel coronavirus as infections begin to surge around the state.

Lyon County recorded two new cases of COVID-19 along with three new recoveries as the number of confirmed cases in Kansas jumped by 568 in two days.

The Kansas Department of Health and Environment said Friday that the number of cases had risen to 13,538, a 4.3 percent increase from Wednesday. The state also reported three more deaths, bringing the total to 264 since the pandemic began in early March.

Locally, the county has 24 active cases out of 493 total infections. There have been 461 overall recoveries and seven deaths since March.

According to a statewide report by the Associated Press, there have been 15 cases in four daycare and school clusters, and 18 cases in two sports clusters — one of which was reported to have included local players last weekend.

KDHE, along with local public health, issued a reminder for people attending sporting tournaments to please exercise appropriate caution and preventative measures for COVID-19 as clusters are beginning to develop and potential exposures have occurred.

The state also reported 36 more meatpacking cases, bringing the total to 3,144, as well as 30 more cases tied to other industries. Another 28 cases additional cases are linked to gatherings, 24 to long-term care facilities, seven to healthcare and five to group living.

Cases across the country have been surging as communities reopen. Earlier this week, Gov. Laura Kelly recommended that communities wait a little bit longer before moving to the next phase of reopening.

The 3rd leading cause of death is, of course, medical mistakes.

This is a result of slowing the virus in the beginning. I thought everyone realized this. The idea was to slow it down to try to keep hospitals from being overburdened. As we know, most of the deaths, if not all, are "related". The 3rd leading cause of death at between 250,000 to as high as 400,000 per year preceded by heart disease and cancer probably played an important role as per WebMD, most of the patients placed on ventilators died in NYC: https://www.webmd.com/lung/news/20200422/most-covid-19-patients-placed-on-ventilators-died-new-york-study-shows#1 I had heard an interview with a physician who said that he was not using them because of that statistic. "Knowledge is power." The cases are going down. No one in their right mind could have thought a virus would disappear if people just limited their public contact, or maybe people are that ignorant. We must be headed toward herd immunity and maybe avoid another fiasco like we just had this fall.