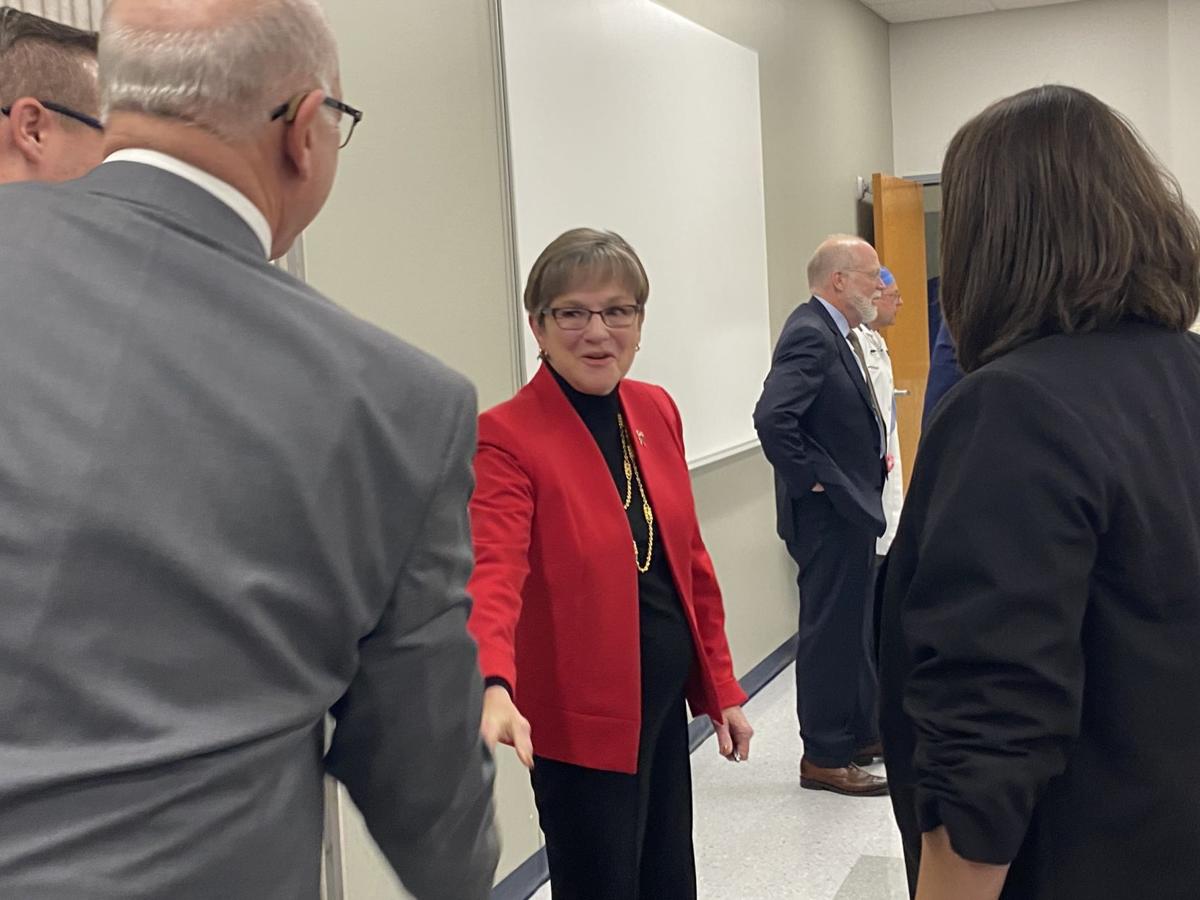 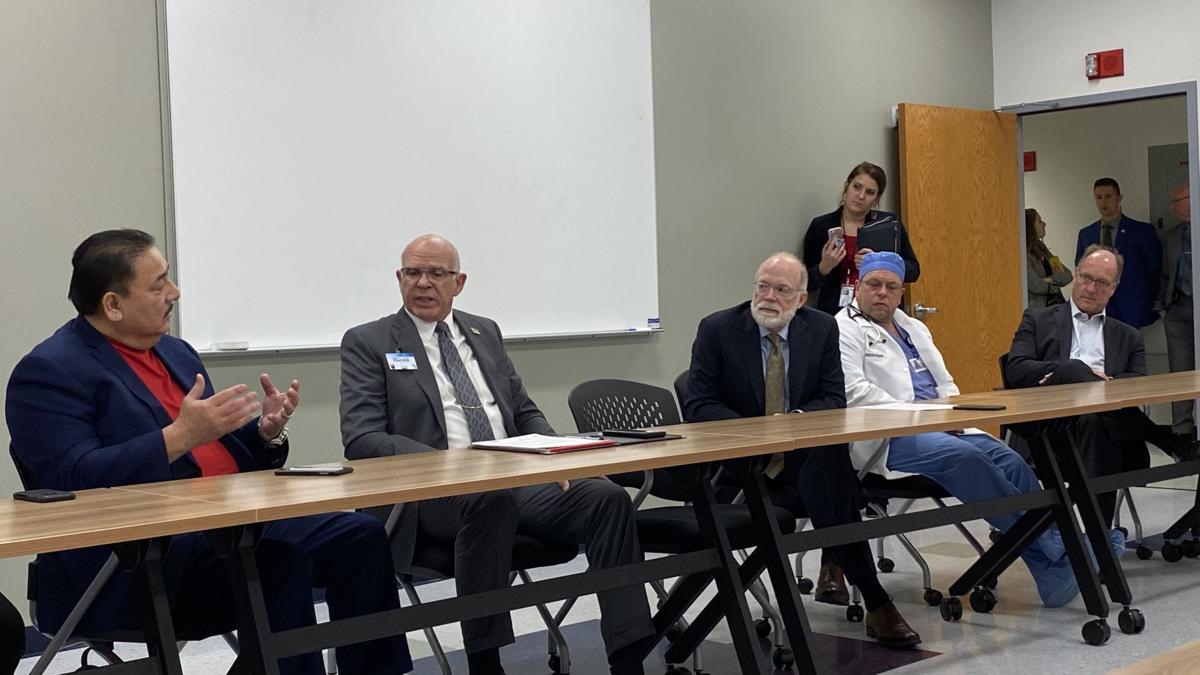 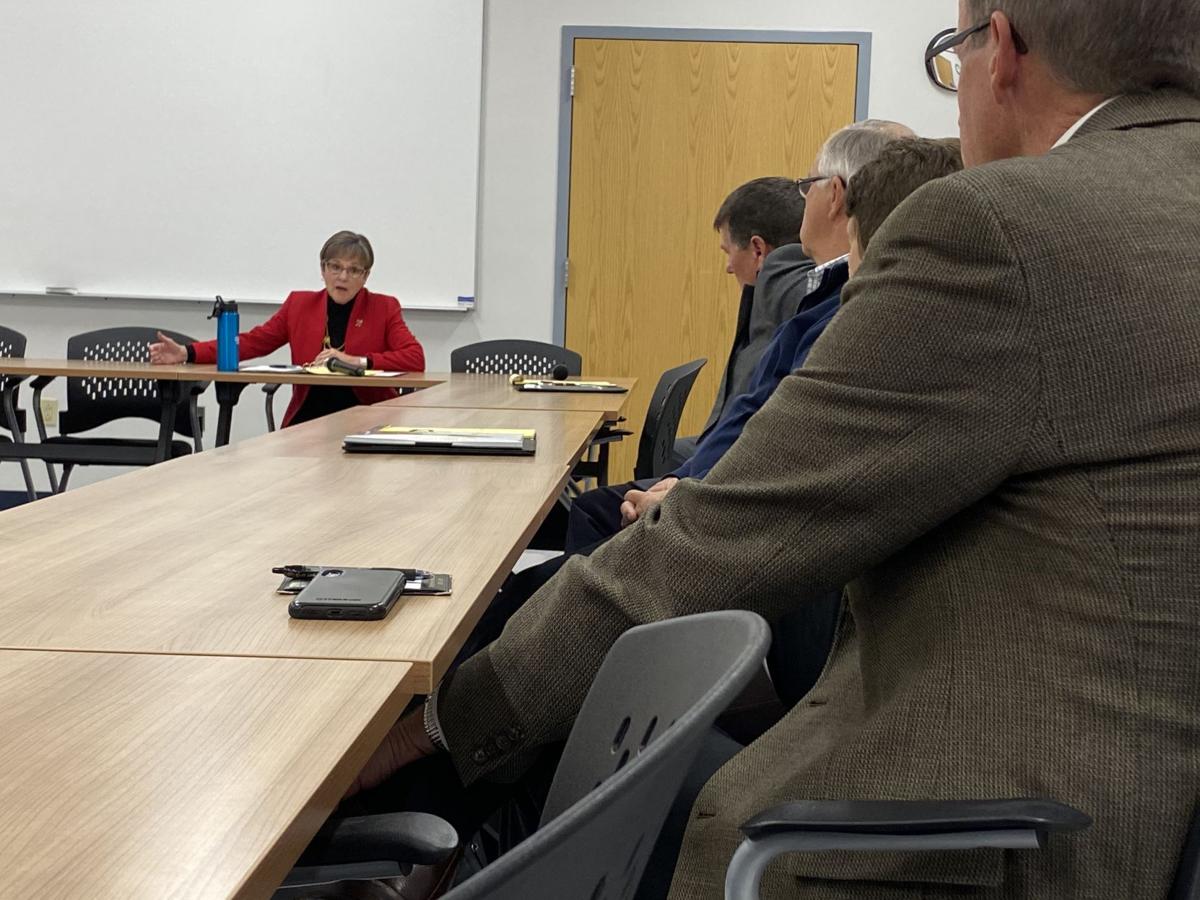 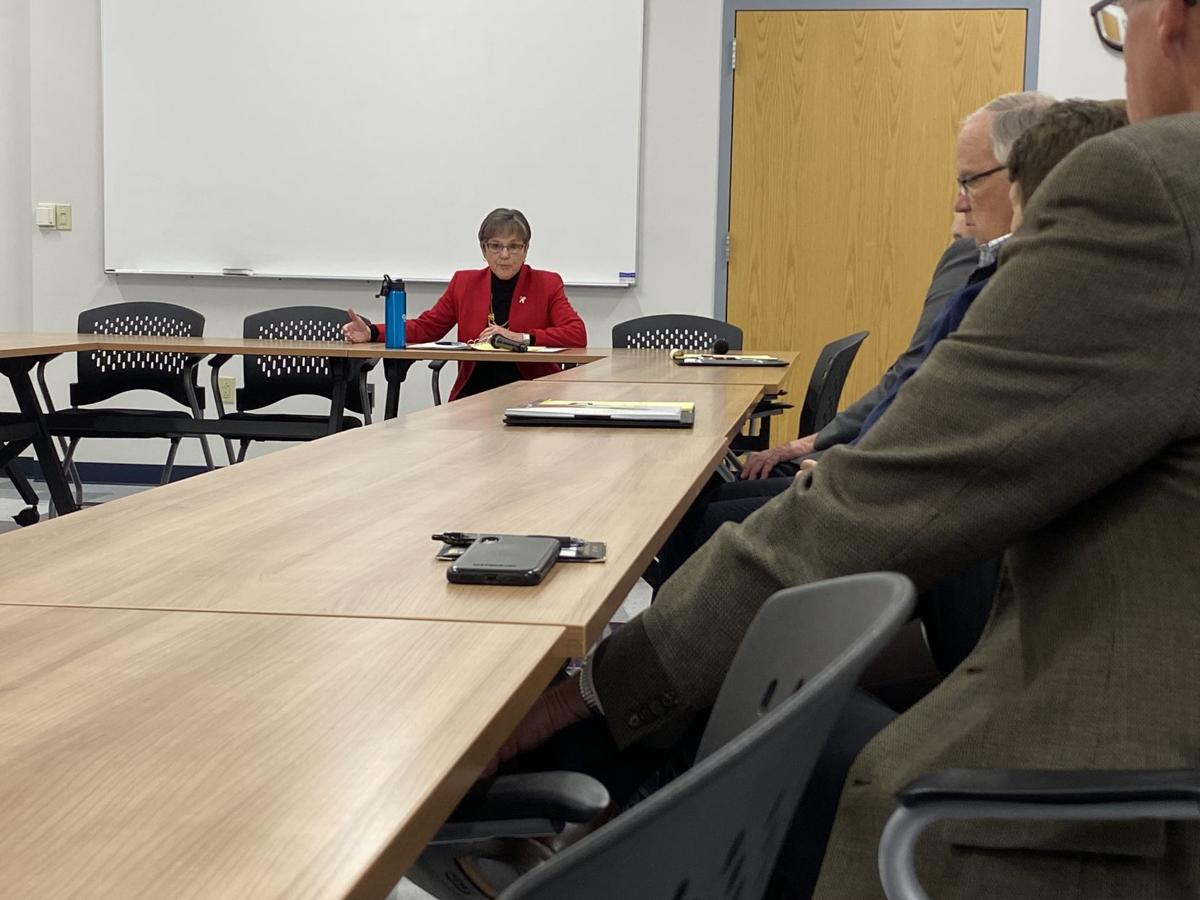 Medicaid expansion, Kelly said, had been a high priority she encountered among prospective voters during the 2018 gubernatorial election, second only to education.

“I think most people believe that health care is a necessity; that everybody should have access to primary health care,” she said. “But I also think people began to understand the economic impact of Medicaid expansion and what it would do for their communities.”

For roughly six years, Kansans have heard about the potential impact an expansion of the Medicaid system could have on rural health care. With a poverty rate of more than 18 percent in Lyon County, Newman Regional Health has said it carries a balance of around $6 million in uncompensated services, between uninsured patients and charitable write-offs.

“Medicaid expansion would benefit about 14 - 15 percent of the population of Lyon County,” Newman Regional Health CEO Bob Wright said, estimating that the expansion would bring in an additional $1.5 million to the hospital.

Harold Courtois, CEO of Memorial Health System in Abilene, said MHS also had its share of uncompensated services. What concerned him the most, however, are the patients who cannot afford to get preventative care. That lack of preventative health care was leading to higher medical bills overall.

“We have a duty to the people of Kansas to take care of them,” he said.

“Everywhere I’ve gone in the state of Kansas, workforce shortage has been a hot topic,” she said. “Here you have folks that if they can get access to health care, they can be healthier and they can participate in the workforce. It’s what people want, and we need to get it done.”

Senator Jeff Longbine said he was optimistic that expansion would get passed during the 2020 legislative session and said he would be working to make sure that happens. He would like to see the expansion bill include some measures to help Kansans who would not qualify for Medicaid, but also cannot afford premiums for plans found on the Health Insurance Marketplace. One option, he said, involved an additional tax on tobacco products that would be used to drive down those premiums.

While the governor said she is open to finding a solution for those high premiums on the marketplace, she said she wanted more data from actuaries proving that significant decreases in premiums are possible before moving forward with any sort of plan.

“What we have to do in Kansas if we want to think about spending that kind of money — the program that’s being proposed right now has a price tag of about $50 million — so if we’re going to spend that kind of money, we need to make sure that it’s going to be worth it,” she said. “The actuaries could come back and tell us that it’s going to make a 2 or 3 percent difference. Would there be a better way to spend that $50 million to make a bigger impact? Those will be the conversations we need to have, but I’m not opposed to looking at it.”

Kelly said she would also not support verbiage outlining work requirements for those receiving Medicaid, because by and large, those people are already working. She said work requirements stating an individual must work 30 hours per week only hurts someone whose employer is not consistent with hours scheduled each week. Once that person’s hours drop below 30 hours per week, they get dropped off of Medicaid.

“There are ways that you can expand Medicaid that makes it so convoluted that you create barriers,” she said. “The details in the bill will be incredibly important. The states that have been successful in this, that have been able to implement expansion swiftly and effectively, have introduced a clean Medicaid expansion bill.”

Longbine cautioned administrators from looking at Medicaid expansion as the only way to save rural hospitals, noting that many rural hospitals are losing patients to see specialists in larger networks in Kansas City and Wichita.

“A lot of the conversations in Topeka have been, ‘Medicaid expansion is going to save all of our rural hospitals,’ and I don’t see how that’s going to work,” he said. “I look at the hospitals that are within my district and those that are losing revenue, and Medicaid expansion is not going to erase that red ink. It’s going to help and it’s going to soften it, but it’s not going to change it. ... What other things in the health care delivery system do we need to be doing from a legislative standpoint, or a practice standpoint, or a management standpoint, to get these hospitals back into profitability and sustainability in the long term?”

Kansas Hospital Association President and CEO Thomas Bell said he did not believe anyone was expecting Medicaid expansion to “save” rural hospitals. He was, however, confident that expansion could only help.

Kelly asked CrossWinds CEO Amanda Cunningham what benefit — if any — she saw with expanding Medicaid for people needing mental health services and counseling. Cunningham said an expansion would allow more people to receive counseling and therapy services. However, she said added revenue may cause other public monies to decrease due to a perceived lack of need.

Mental health, Kelly said, is an important aspect of health care that had been drastically underfunded in recent years. She said she wanted to see the moratorium on voluntary admissions to Osawatomie State Hospital lifted as well as more beds available for patients needing services.

Kelly also asked administrators present for their feedback on what has and has not been working effectively with the current Medicaid program in Kansas. While improvements have been seen, largely concerns swirled around the credentialing process.

Cunningham said on average it could take three months between hiring a new provider to getting them credentialed through one of the Medicaid’s managed care organizations. That expense of paying someone for not performing their job was costly and frustrating, especially given the amount of people needing services.

Kelly said she would be taking those concerns back to Topeka, and urged those present to contact her with any other concerns they may have in the future.

Following the roundtable discussion, Kelly met with The Emporia Gazette to further discuss issues brought up during her visit as well as her other priorities for the coming year. Kelly said she would be working on a budget in the coming weeks that funds programs and utilities that are important to the people of Kansas, such as education, health care, reforms on the justice system and infrastructure. She also will be focusing on the Governor’s Council on Tax Reform, which she said will be charged with finding a solution to ease the tax burden while maintaining the revenues needed to fund vital services in the state.

Kelly said with the state’s public school districts already feeling relief following the Supreme Court’s June decision that schools were constitutionally funded, it was important to keep that momentum moving forward into 2020.

“We are on track,” she said. “For education, we’ve got funding now that is equitable and considered adequate and we need to stay on that track and make sure that we keep our promise.”

"Here you have folks that if they can get access to health care, they can be healthier and they can participate in the workforce."

I believe that there should be work requirements. For decades, people have worked jobs so that they could have health insurance, and it got them off the couch and out the door being productive. There are jobs all across the state, 55,000 openings the last that I heard a couple of months ago. These small hospitals, to include the one here, ship everyone off to Topeka. There is a loophole in Medicaid that allows illegal aliens to get emergency medical care which includes delivering babies of illegal alien mothers, and Medicaid doesn't pay the same as other providers, so the healthcare community has to pick up the slack. Also, Medicaid is well-known for slow/difficult reimbursements. I believe there should be a sliding scale based on income and that there should be work requirements involved. Give them something free and you take away the incentive to work, just look at generational welfare recipients.

Denmark, Sweden, Finland, etc. all have universal healthcare and it works there. Why can the United States not have it when our GDP per population is higher than those countries???