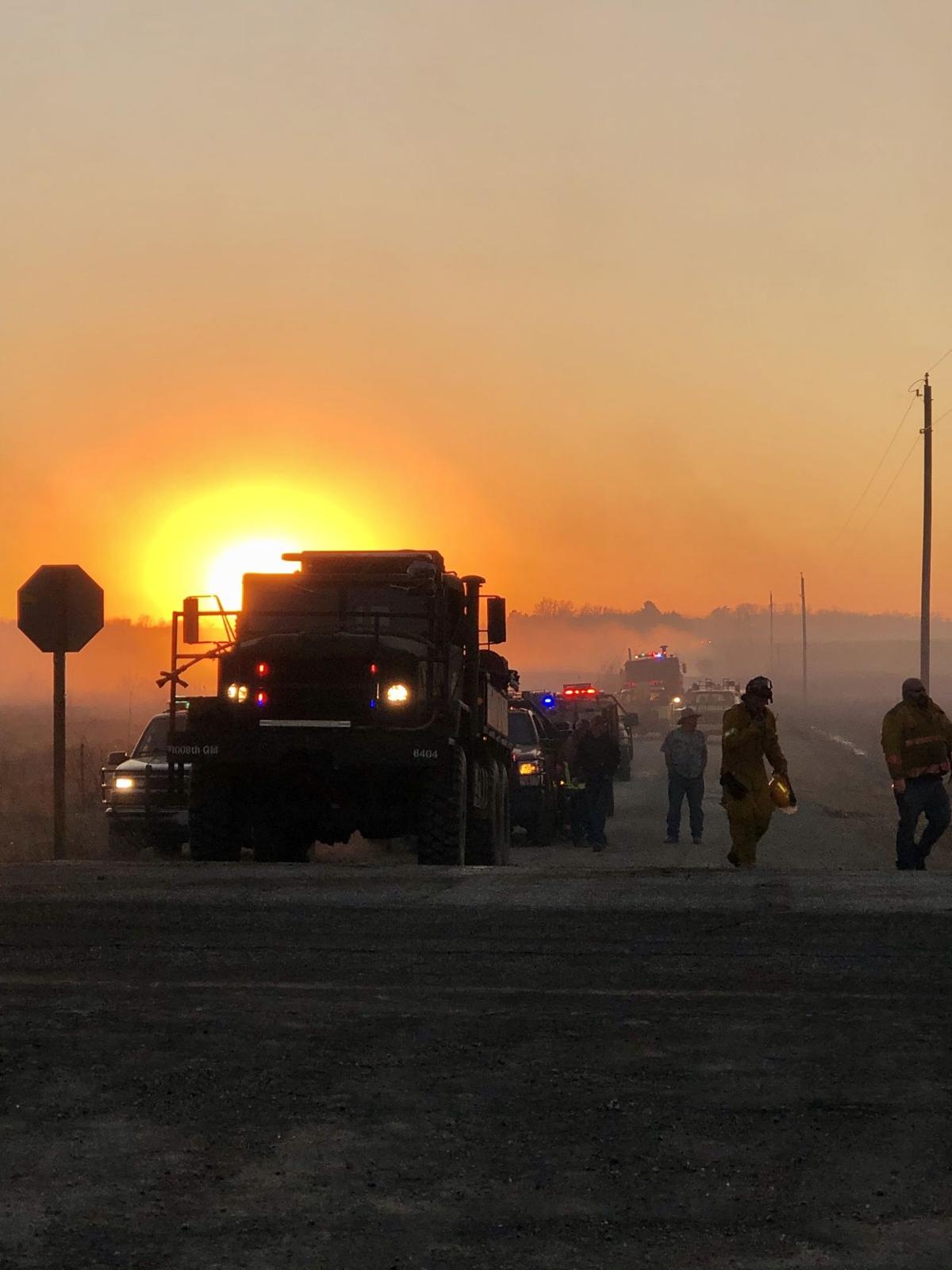 Crews were exhausted after fighting Thursday’s fire for more than six hours. 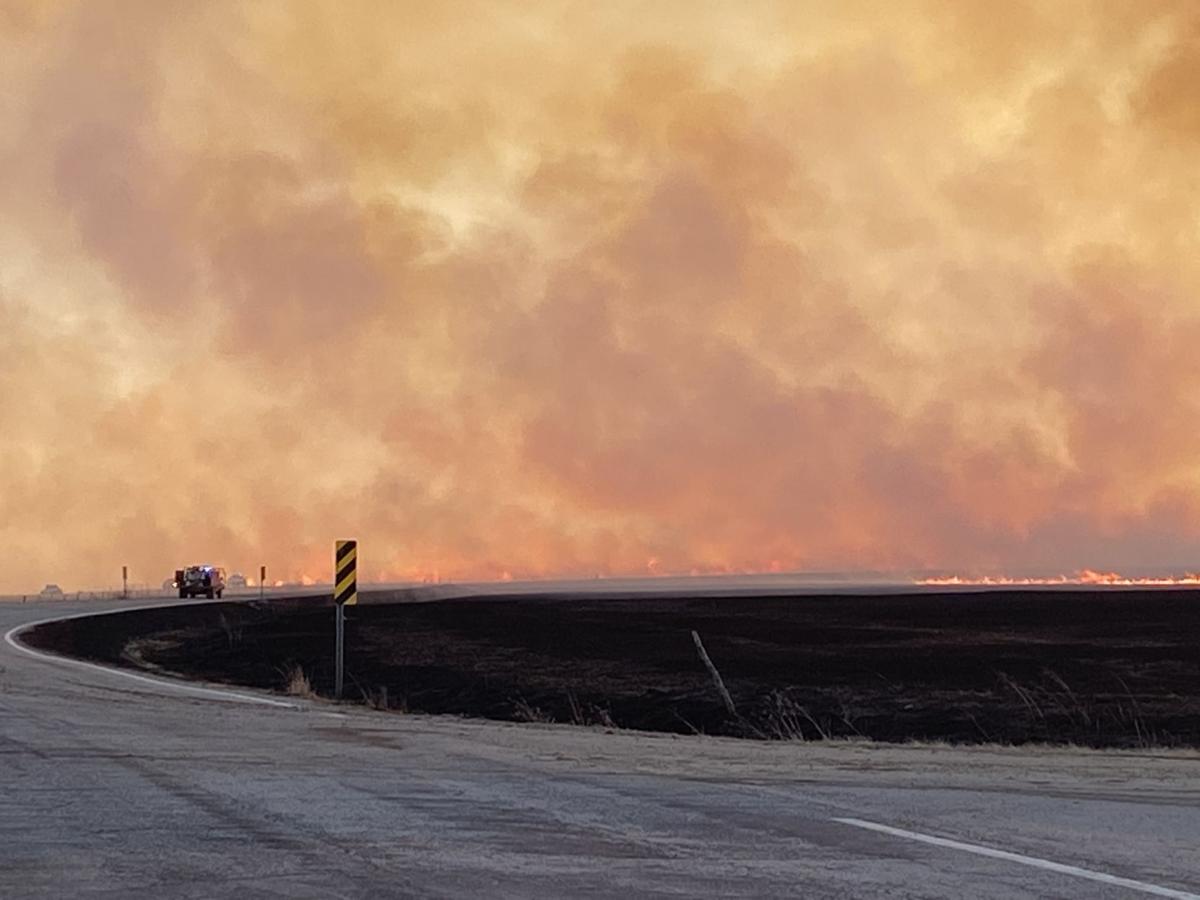 Smoke and flames were visible for miles on K99, south of Hamilton. 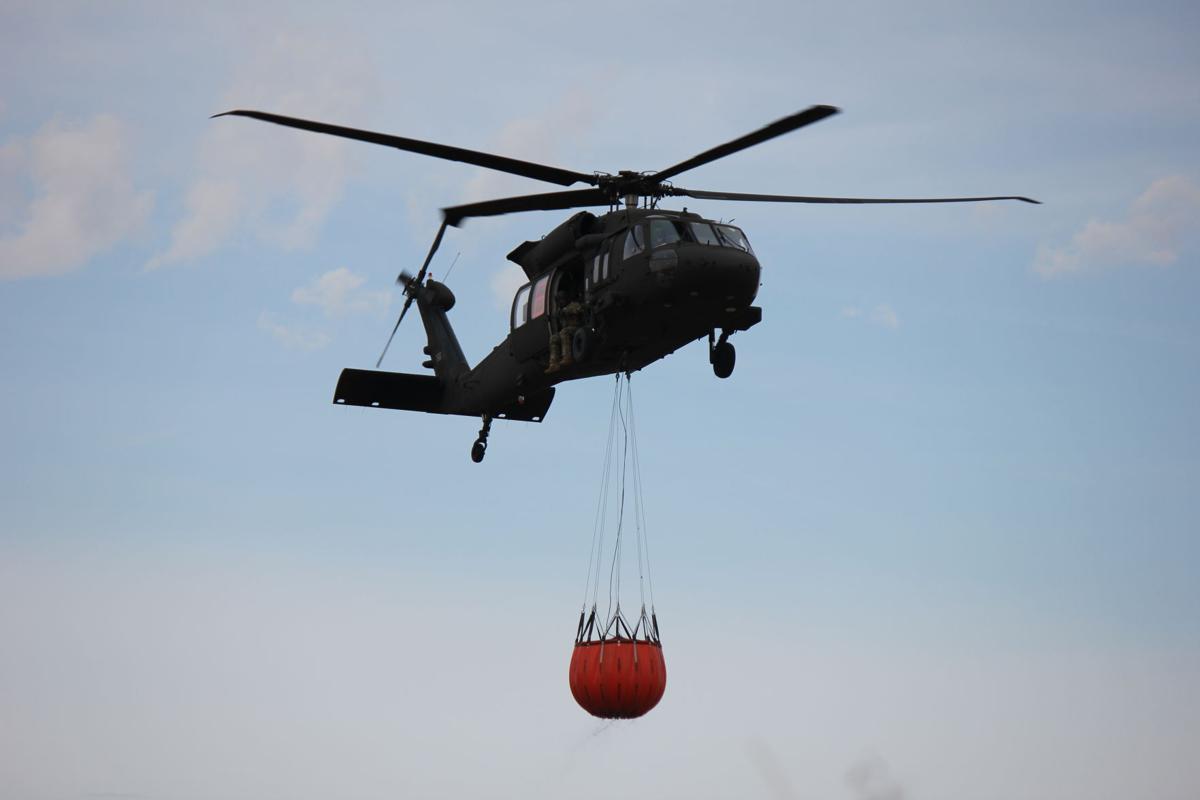 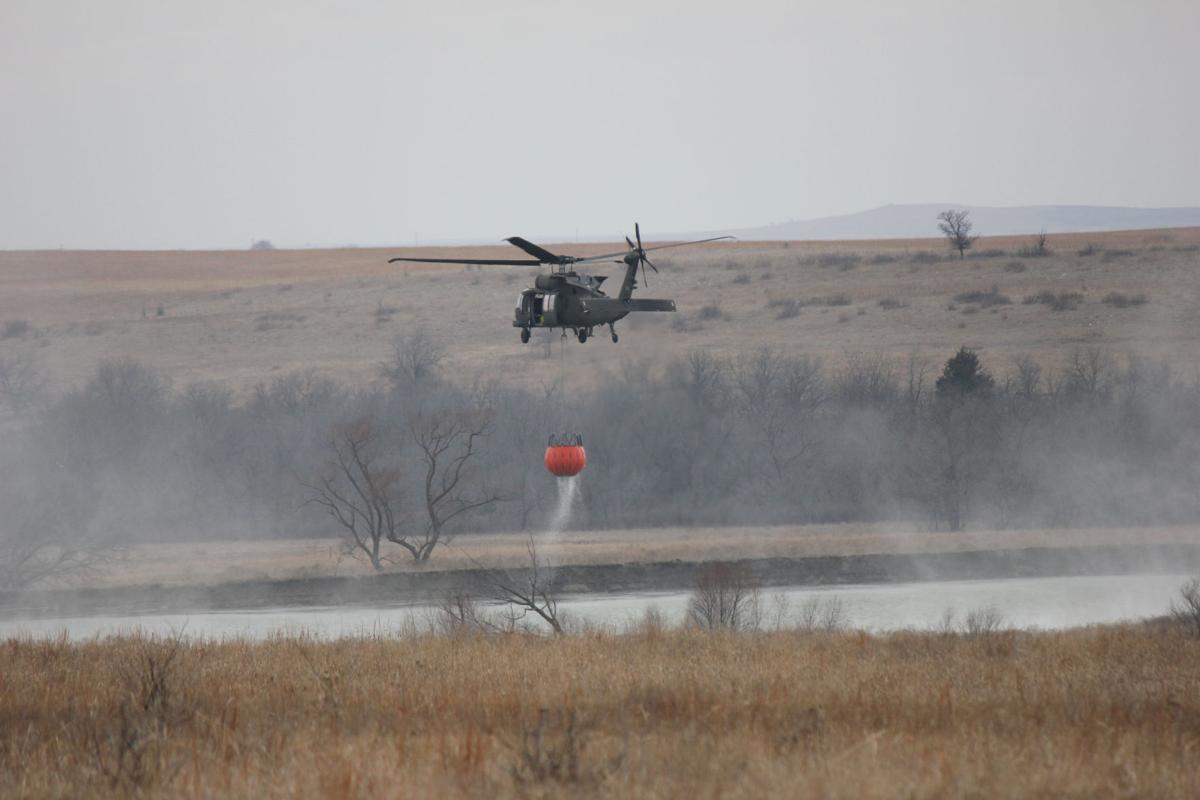 Crews were exhausted after fighting Thursday’s fire for more than six hours.

Smoke and flames were visible for miles on K99, south of Hamilton.

A local declaration of disaster has been approved for Greenwood County due to two large grass fires over the last week.

The most recent large fire was on Sunday, when about 1,200 acres burned in Greenwood County just southeast of the Chase County line.

Black Hawk helicopters were already on standby in Wichita, on their way back from assisting with fires in Oklahoma the prior day. They were able to respond to the Greenwood County fire and be on scene within 45 minutes.

“Firefighters were able to stop the fire at 300th Road in the intense wind and fire conditions, and then with the help of ranchers backfiring, maintained the fire until other crews could extinguish the three miles of fires on each flank,” Williams said. “The guys did an outstanding job on both of those fires.”

A red flag warning had already been issued by the National Weather Service last Thursday, as well as a state of disaster emergency declaration by Governor Laura Kelly for the potential risk of wildland fires, when the notification came in that a large fire had been detected on NWS satellite several miles northwest of Hamilton.

Initial crews were dispatched to 290th and R Road, but would soon have to expand their fight as the fire grew. Help from additional departments, as well as mutual aid from neighboring counties, was needed to get the blaze under control more than six hours later.

The State Emergency Operations Center in Topeka was already activated for critical fire weather across central and eastern Kansas. The Kansas National Guard dispatched UH-60 Black Hawk helicopters for aerial fire suppression support, but held them on the tarmac as local crews began to get a hold on the fire.

The fire burned about 4,500 acres over six miles and threatened five homesteads, burning approximately 300 hay bales. Fire crews staged at each of the homes, protecting them from the blaze.

Kansas Highway 99 was closed down from 240th to 212th for two hours as crews worked to back burn the ditches to prevent the fire from re-igniting and jumping the highway. The high winds during the day began to subside slightly as the sun went down.

Greenwood County Emergency Manager Levi Vinson credits the rapid response to the fires to the advance notification system from the NWS. Their Hotspot program identifies possible fires on satellite and sends a message to Vinson, which includes the size of the fire and a link to a Google map with the exact location.

“The Hotspot notification from the National Weather Service helped us tremendously with our rapid response time,” Vinson said. “Our county is big and sparsely populated. There are areas of the remote county where fires can burn for 10 or 15 minutes without anyone noticing.”

Vinson said Thursday’s NWS Hotspot notification came in 19 minutes before the first 911 call, and it was the only notification for Sunday’s fire due to the remote location. Vinson said the technology greatly enhances the county’s ability to respond as quick as possible.

“The coordination and cooperation between not only the county, but our neighboring jurisdictions and outside agencies is crucial,” Vinson said. “When we have these fires, people think it’s just Greenwood County, but there is cooperation from many different organizations. If any one of those organizations is not there, the outcome is different. I think we’re really lucky between the state agencies that assist, the National Guard, (Kansas Division of Emergency Management) and American Red Cross, who was there to feed and hydrate the firemen. It’s a whole team approach. Every time we have a fire, we learn from it and improve for the next time.”

The cause of both Greenwood County fires is under investigation by the Kansas Fire Marshal’s Office.

“The coordination and cooperation between not only the county, but our neighboring jurisdictions and outside agencies is crucial."

If the investigation concludes that those fires were man-made you should not have been set on a day with such conditions finds better be levied. With numerous departments responding, that had to be costly.