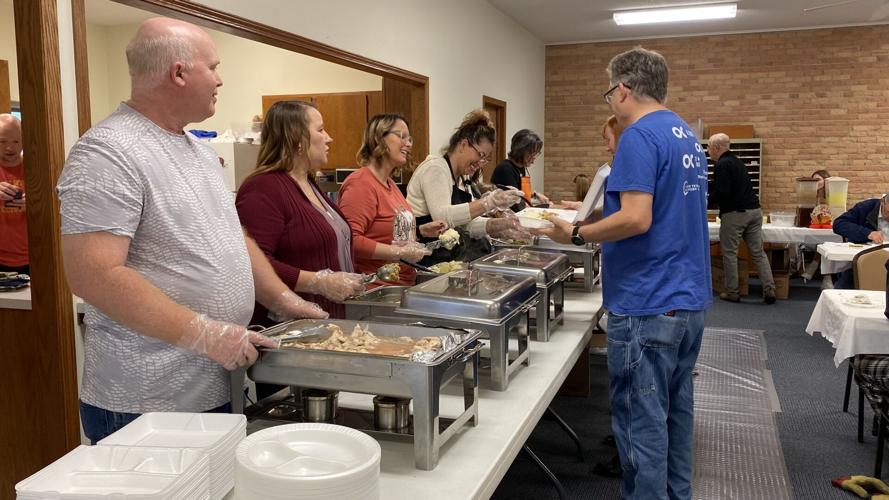 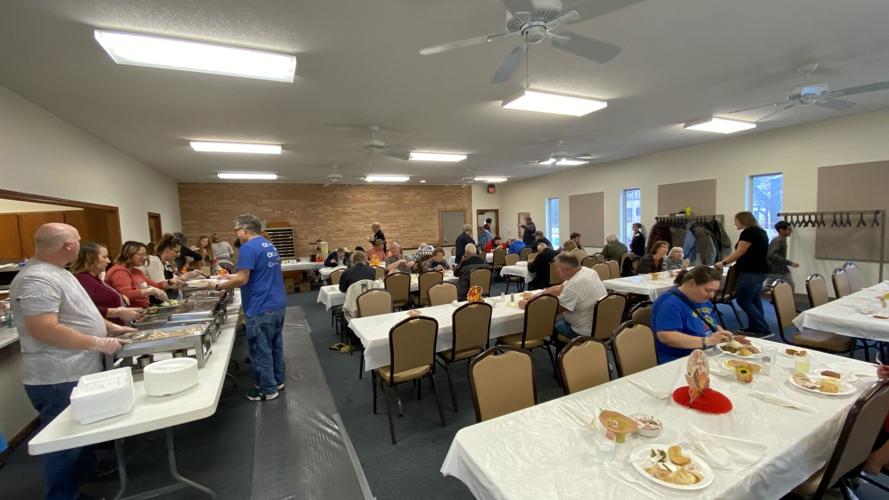 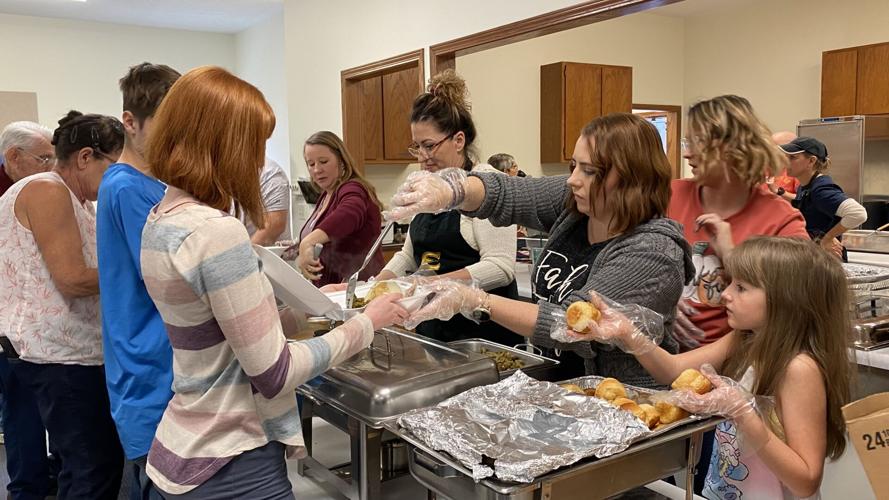 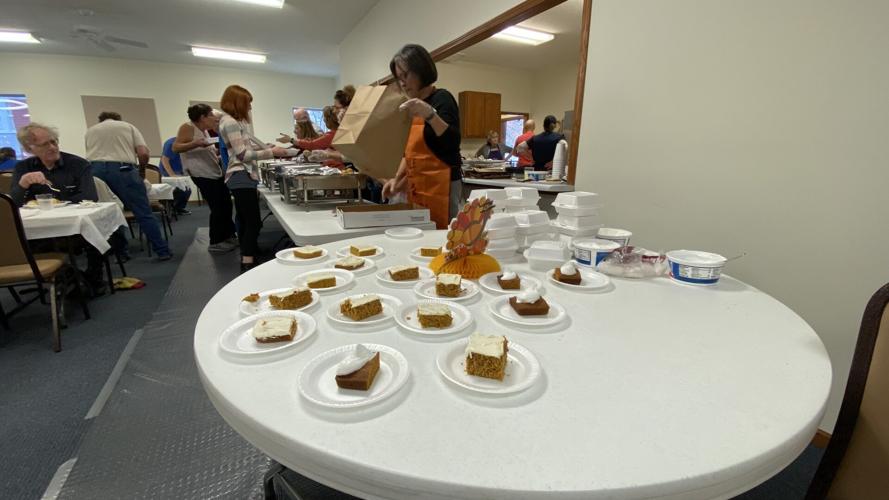 A tableful of desserts was just one part of Emporia Church of Christ’s annual Thanksgiving meal. 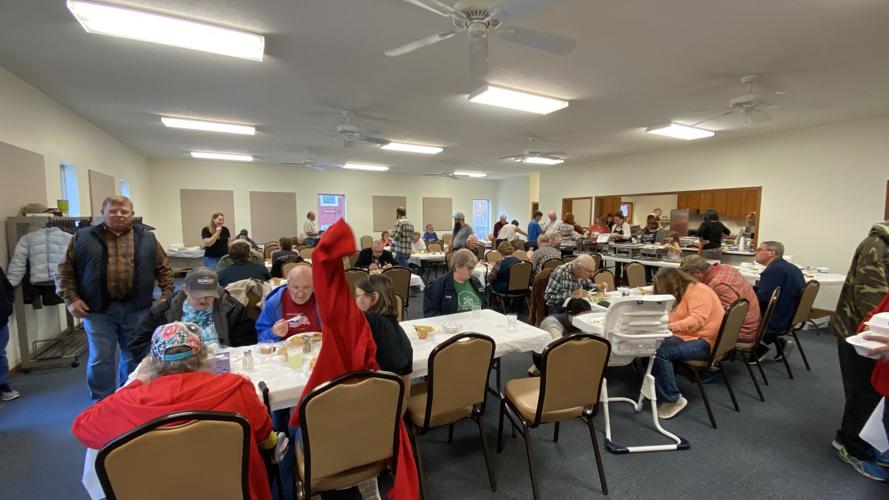 A tableful of desserts was just one part of Emporia Church of Christ’s annual Thanksgiving meal.

Pastor Neil Taylor said a steady crowd started showing up early to the church, located at 12th Avenue and Neosho Street, prompting volunteers to open the doors a little earlier than expected.

Taylor said enough food was prepared to serve around 600 people, with Thanksgiving staples like turkey, stuffing, mashed potatoes and pumpkin pie, on the menu.

The meal was the product of months of work involving everyone in the congregation in some way.

“Whether it’s planning, whether it’s shopping, whether it’s cooking, it really takes a group of about 50-60 people working as a cohesive unit to make sure everything is in place,” Taylor said. “It’s more than just this one day to make this happen. It’s been going pretty strong for a few months.”

Taylor said there is a lot of need in the community, which is why the church continues to offer the meal every year.

Taylor shared that he had just visited with a man who came to the meal because he had no family closeby.

“He was very happy to have a meal and have some fellowship and not eat alone today,” he said, adding that it was the church putting Christ’s words into action. “It’s a way to live out what Jesus showed us.”

Taylor said that is the most important part of the mission.

Those who wish to help support the mission can help in a number of ways, whether it’s by volunteering or putting money toward the meals.