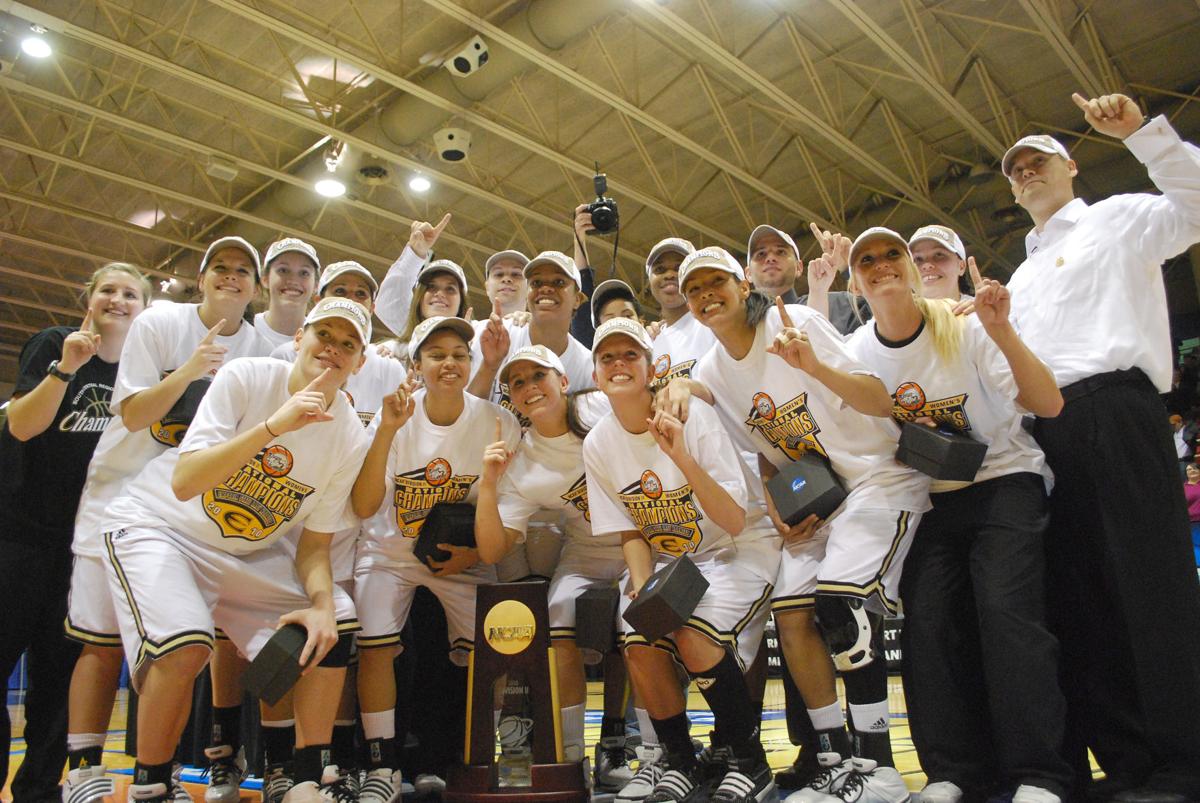 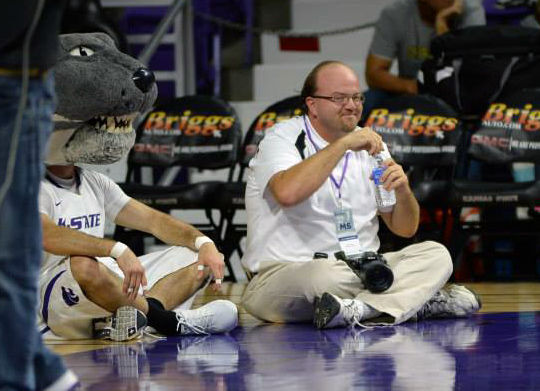 The 2010 Elite Eight Tournament in St. Joseph, Mo., was my first taste of championship basketball, but it certainly opened a door to many other opportunities to be courtside, including attempting to teach “Willie the Wildcat” some photography skills in 2014. (He was immitating me as I resumed shooting after the sip of water).

The 2010 Elite Eight Tournament in St. Joseph, Mo., was my first taste of championship basketball, but it certainly opened a door to many other opportunities to be courtside, including attempting to teach “Willie the Wildcat” some photography skills in 2014. (He was immitating me as I resumed shooting after the sip of water).

Yes, it actually is closing in on two full weeks since basketball and sports as a whole, really, from the top to the bottom was silenced by the approaching (and still not fully fathomable) pandemic that is seems to be rewriting society on an hourly basis.

But as this week gets underway, Emporia State is celebrating the 10th anniversary of the Lady Hornets’ Elite Eight and National Championship run of 2010.

I intend to do some recounting of my own, touching base with some essential figures over the next few editions, bringing some of those moments back to life.

Looking back at it myself, though it predates my role here at The Gazette, it has a unique twist on it.

For some, that week was the culmination of work, of effort, or maybe just fandom.

Me? That was the week I first grasped the game of basketball

I had never seen an NCAA or NBA game prior to that season, certainly not that I actually paid attention to anyway.

The opening round of the Elite Eight came against Michigan Tech, on a Tuesday. It was a night I couldn’t escape town, or didn’t really know if I wanted to. But I went to a friend’s house, who hooked up a television to the livestream and we watched the women knock off.

For the semi-final, versus the undefeated top-ranked team in the country, I got to experience my first-ever courtside basketball action. For roughly 30 minutes, it was tense, if not discouraging. The final 15 minutes: anything except disappointing. SPOILER ALERT: ESU rallied from an 18-point deficit with less than nine minutes in regulation to force overtime and eventually emerge with the win.

THAT was night that I realized ”this basketball thing can be kind of fun.”

The actual National Championship game, to a degree, felt almost like an afterthought following its historic feat in the semifinal round.

What a Friday night it was at the Civic Arena in St. Joseph, Missouri, as a couple thousand Emporians made the journey and created a National Championship environment I can’t imagine many Division II teams duplicating.

Yet, I’ve repeatedly seen the passion for the game of basketball here in Kansas, and the Emporia area, whether it be high school or the collegiate ranks.

And during the past eight years, it’s grown on me quite a bit, though I still have only watched a handful of Division I games and have yet to take in my first full NBA contest.

Eight more NCAA Tournament seasons since, Emporia State continues to be one of the few programs in the country that year-in and year-out has more than championship aspirations, it has those expectations and through a number of obstacles has retained that level of play.

This year’s group was no different, and as I can’t fathom the heartbreak from the players who had that opportunity stripped from them (or those missing state tournaments, or any other postseason play), I look forward to having the opportunity in sharing a few stories in the coming days and weeks about some more “hoop dreams.”

Some will remain just that — dreams.

Others, such as the 2010 Lady Hornets squad, have those dreams forever etched in our history.

Olpe girls were 27-0 and about to play in the State Tournament semi-finals in Dodge City.

Pat Stiles, (Jackie Stiles' father) the coach of the 28-0 Central Plains Oilers, told me that he was relieved he did not have to play the Eagles... OK, just kidding! He did not say that. His Oilers have been riding a 136-game winning streak, and have carted off the last 6 (SIX) State championship trophies...

Still, one wonders...what would have happened in the finals....

And Olpe can be proud to have accomplished an undefeated season.