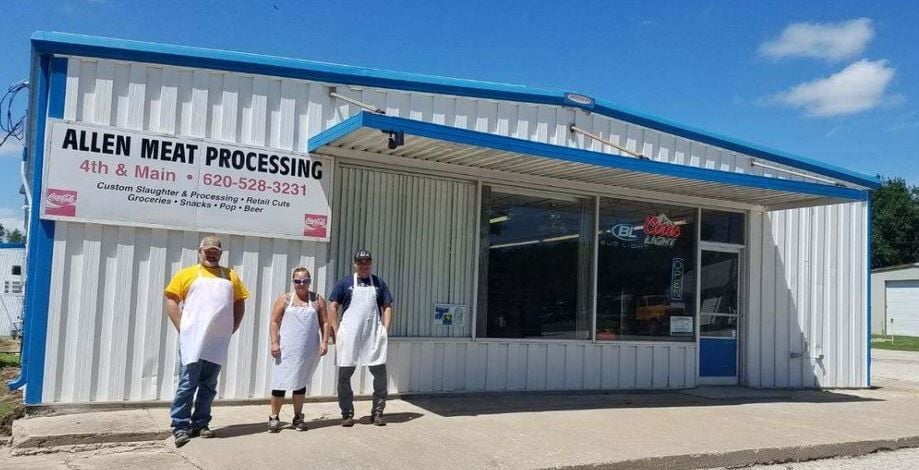 Mike and Donna Uhl own Allen Meat Processing in Allen. They have to turn away deer this year due to the pandemic. 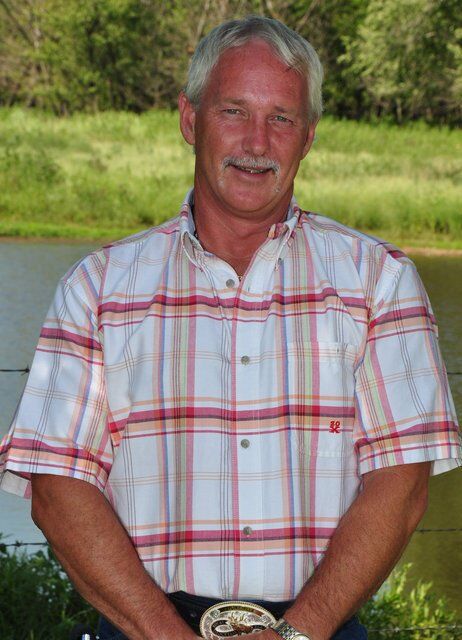 Rex Turner owns the Olpe Locker in Olpe. The pandemic has caused a backlog in processing and cut down what he can take this year during deer season.

Mike and Donna Uhl own Allen Meat Processing in Allen. They have to turn away deer this year due to the pandemic.

Rex Turner owns the Olpe Locker in Olpe. The pandemic has caused a backlog in processing and cut down what he can take this year during deer season.

After 23 years in business, Rex Turner is having to do something he’s never had to do — ask people to wait.

Turner, who has owned the Olpe Locker since 1997, estimates he is close to a year behind in processing meats for his customers.

“We’re 10 or 11 months behind and we’re usually caught up this time of year,” Turner said. “It’s been very hard on [my customers]. They fatten a calf and you tell them it’s going to be six months or eight months before you can get it in, and they can’t feed it that much longer. They either need to take it to the sale barn or butcher it themselves or do something else with it. We can’t take it.”

Turner’s backlog is a result of the COVID-19 pandemic.

According to the Associated Press, more ranchers turned to small and medium-sized meat processors after the virus forced shutdowns at larger meatpacking facilities temporarily or reduced production. Backlogs are being seen across both statewide and across the country.

The executive director of the American Association of Meat Processors, Chris Young, told the AP the problem is widespread nationwide. He said part of the issue is that wild game carcasses must be stored separately from beef, hogs and lamb and many processors don’t have room to store them.

“It’s hard, because we have to turn people away and some of these are people we’ve worked with for years,” Turner said. “They’re not very happy and it’s not fun to tell people no.”

Mike Uhl, who owns Allen Meat Processing in Allen with his wife Donna, said they are booked out more than a year already.

The couple took over the business in July 2019, and Uhl said the first six months were relatively slow.

Then the pandemic hit.

“I’m booked out for about a year and two months right now,” he said. “We’re a long ways out. You kind of wonder what you’re gonna do sometimes, but we’re rolling with it.”

Uhl said an expansion project is in the works for Allen Meat Processing, with more freezer space and cooler space. That will help with some of the backlog in processing orders.

“There’s not a lot of leeway if you miss a day or you’ve got somebody out sick,” he said, adding that for the most part, his customers have been understanding. “Most of our normal customers have planned ahead and went ahead and scheduled their stuff ahead for when they would usually do it. There’s a few that kind of fell asleep on their hands, and didn’t call. Some of them aren’t real happy that they have to wait another six months to get their stuff in, but I can’t make everybody’s schedule, either.”

Turner said another area where pandemic has affected business is deer processing. He said he will only be able to take 250 deer this year at the Olpe Locker, on a first come, first serve basis.

“A lot of people are going to have deer they can’t do anything with,” Turner said. “We can only take 250, because that’s all that we can handle this year.”

Up in the northern part of the county, Allen Meat Processing will not be processing any deer this season.

“We’re just too full,” Uhl said. “We don’t have enough freezer space yet.”

Uhl said despite the backlogs, he’s been lucky that his industry is one of the few that saw an uptick during the pandemic. He’s hopeful that, once things return to normal again, new customers who turned to locally-sourced meats will continue seeing the benefits of purchasing through a local meat processor.

“We happen to be one of the lucky ones,” he said. “I think, longterm, this will be a great thing for small lockers like us. People are getting a taste of good meat now. They’ve always bought grocery store meat and it’s just not the same. They’re realizing now that they can get better quality at less price. They’re getting premium meat for less money. I think a lot of them will continue to do so.”

I picked-up my 2 head of beef from the Olpe locker Saturday. Rex and his crew do fine work!

Interesting caption. Do deer come out of the fields and line up at the door on their own to be slaughtered?

A Voice for the Latino Community