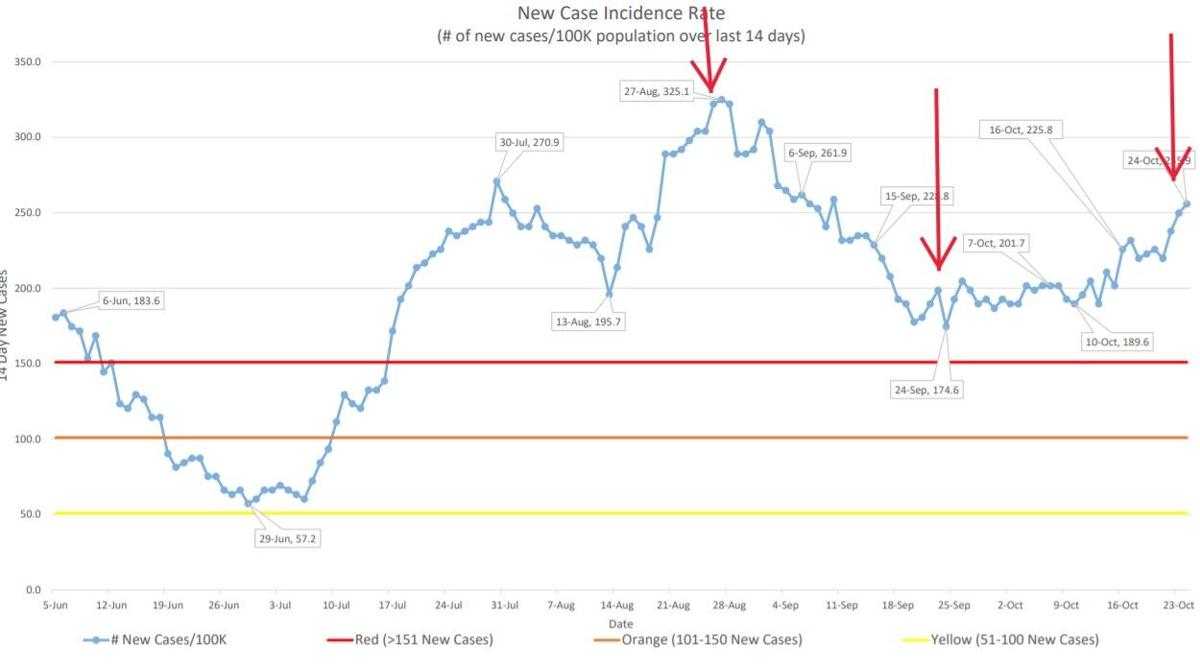 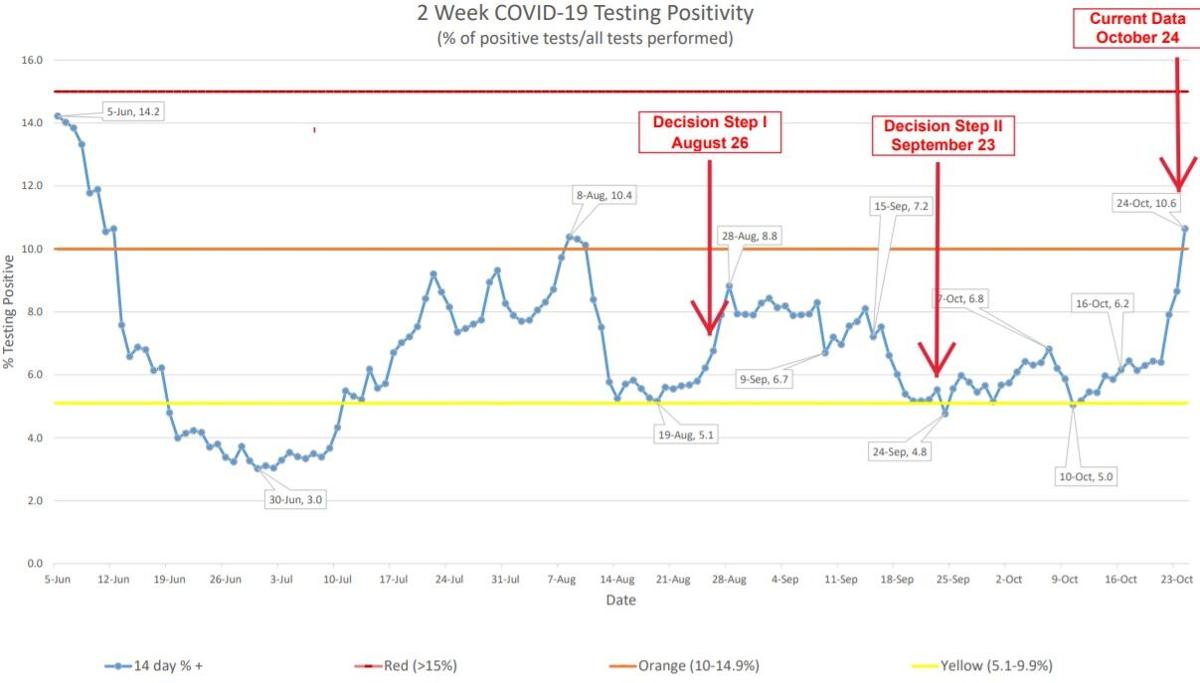 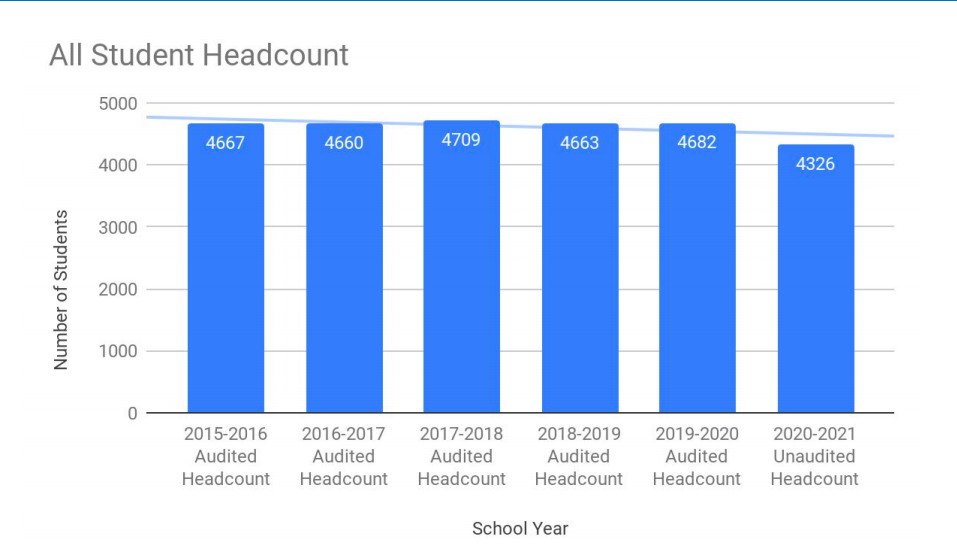 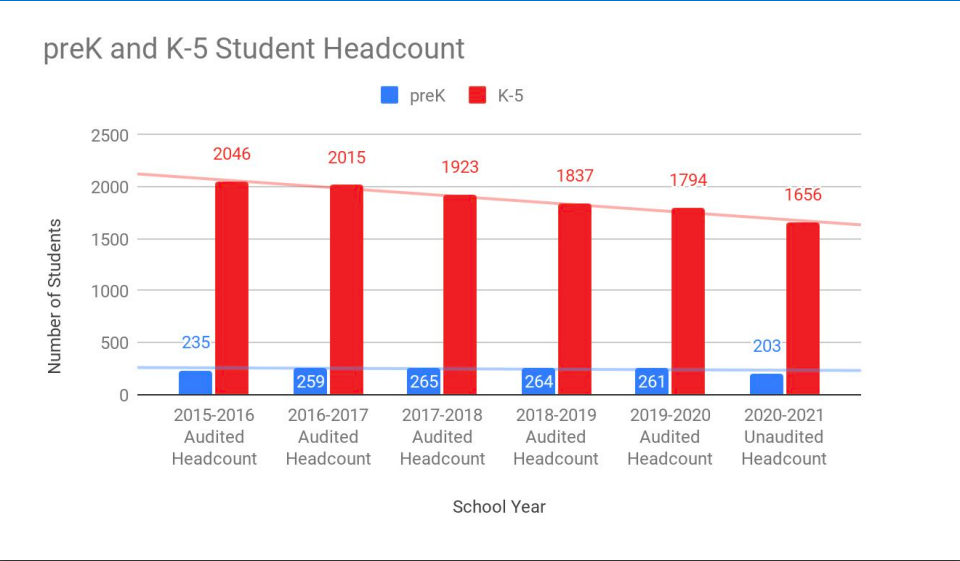 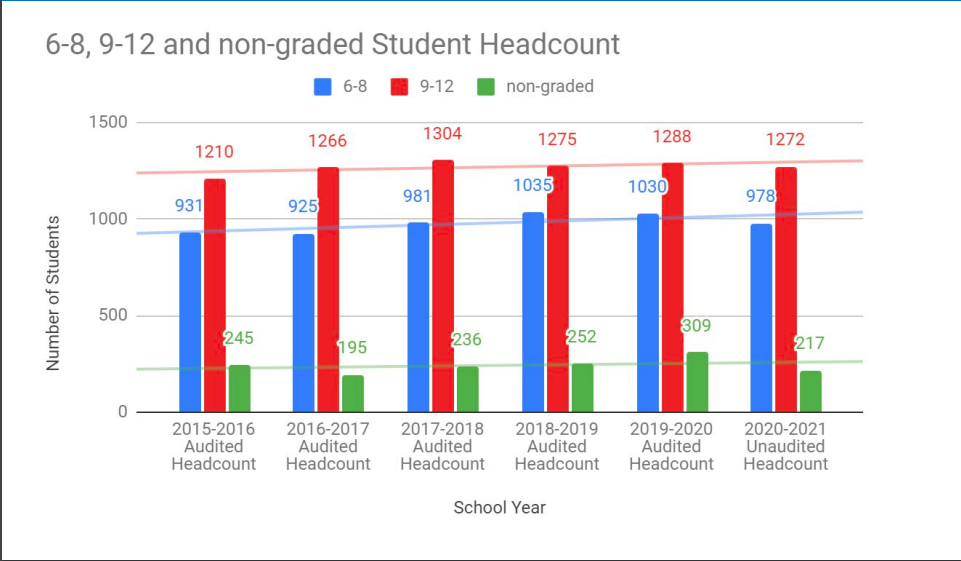 The Emporia Public Schools Board of Education voted 4-3 to move to Step 3 of the district’s COVID-19 learning plan during a regularly-scheduled meeting, Wednesday evening.

The move — which will take effect Nov. 9 — entails increasing building populations at Emporia High School and Emporia Middle School from 25% to 50%, as well as allowing students to attend in-person classes twice a week instead of once. Students requiring specialized education services will still attend daily classes, and K-5 students will continue their current schedules with no changes.

The decision to advance phases was made after Superintendent Kevin Case recommended the board continue utilizing Step 2 based on input he had received from the USD 253 COVID-19 Advisory Committee. He said the committee came to its decision using metrics such as two-week testing positivity rates and new case incidence rates, among other trends.

Board members Mike Crouch, Leslie Seeley, Jeremy Dorsey and Art Gutierrez voted to approve the move to Phase 3 while Doug Epp, Grant Riles and Melissa Ogleby voted against the switch.

“I’d love to have kids come back to school in greater numbers … but the numbers don’t support it,” Epp said. “I said at the very beginning that I was going to be running based on the data. If my decision is still going to be based on data, the data I’m seeing is that our percent positivity [rate] is not good, and it’s trending upwards. We have total community spread. [The virus] is not isolated at one place like our nursing facilities, and so on. We don’t just have an isolated group at a plant or something like that, it’s just out in the community. That’s the scariest thing for me is that you don’t know where it’s coming from.”

Board members in favor of the move said they had heard parents express a defined desire to get students back into schools, saying the move to Phase 3 could also be rolled back as simply as it was instituted should a rise in cases occur.

“We have some data from other school districts that are our size … there are counties that have a higher positivity rate and a higher number of cases, but they’re doing 50% [building populations],” Gutierrez said. “That’s what makes it really hard for me to be against having more kids in school. If you take the number of students and staff we have in the building and the number of positives we have on the [USD 253 COVID-19] dashboard, it’s like .004%.

“I understand that the community rate is troubling, but I’ve been really surprised that the county rate is kind of varying and going up, but our schools are still maintaining [the same rates]. I think we owe it to our kids to try this out.”

In other business Wednesday, USD 253 Associate Executive Director of Assessments and Accountability Ryan Karjala presented board members with an annual headcount report. The report confirmed the trend of the district’s initial estimates, showing a decrease of 356 students (to 4,326 in total) compared to the previous academic year.

“That [headcount] is an unaudited number...” Karjala said. “Our audit is going on right now … [but] we have a downward trend.”

Karjala said a decreased K-5 population could be attributed to a couple of factors related to the ongoing COVID-19 pandemic.

“Parents are not wanting to bring their kids to preschool; they’ll just keep them home,” Karjala said. “The other thing [causing a decline in enrollment] was the size requirements of the classes, having to have smaller classes and reducing their size.”

Enrollment numbers were steadier among the district’s grade 6-12 populations, especially at Emporia High School, which saw a decrease of only 16 students.

“We lost quite a bit at the elementary level,” Karjala said. “We also lost a lot of the non-graded, adult students.”

During the meeting, the Emporia Public Schools Board of Education also:

Accepted a guaranteed maximum price for renovations to Emporia High School from McCownGordon Construction in the amount of $17,613,376. The planned updates were included as part of the district’s recently-passed bond issue.

Approved participation in the 2020 National Clean Diesel Rebate Program School Bus Replacement and Retrofit Funding Opportunity. The district received $40,000 in three of the last four years’ programs and was able to use the money to offset a portion of the cost of purchasing new buses. If USD 253 receives a rebate again this year, the board will review the purchase of two additional buses.

Accepted a $950 donation from the Emporia Community Foundation for the funding of STEAM education at Village Elementary.

Do variables like teen suicide rates on the rise, Pneumonia killing more Kansans this year than COVID, schools being safe and feeding children, or the fact that domestic abuse is on the rise due to lockdowns hold any weight in the decision to open schools? As a foster care provider, and a father with children in the high school, I have seen first hand how important it is to have structured social education! It is heart breaking to see the effects this has had on our children in THIS community! I applaud the BOE for progressing this way! THANKYOU!! I hope this comment does not get deleted like the last one! I will refrain from using the term "China Flu" in the future.

Teen suicide has been on the rise for awhile. Could be because of social media. Maybe you should worry about that battle? Not the battle where COVID effects everyone not just teens. I'm not super worried about a teen getting COVID and passing away. I'm worried about teachers and staff who are older, who give love to these children you talk about, whether it be online or in person. Everyone acts like kids are getting an education because they are online. That's a joke. Kids do get an education online. It is up to them whether they want to receive it or not. Quit babying these kids. They sure want to act like adults with cell phones and social media accounts. Maybe we should start treating them like young adults. That is part of the problem. We are now sending kids to college and their mommy and daddy's are getting a hold of college professors about grades and helping their kid. What a joke. Let go of the leash and stop coddling kids.

I'm just curious, where did you find the statistics on Pneumonia? And does it specify what type? Viral or bacterial? It's always a good idea to back up your info with a citation or source.

It's our own fault. We have the Board we voted for.

"the state’s rolling seven-day average for new cases set a record of 815 a day for the seven days ending Monday."

BOE should be ashamed of themselves for upping the amount of people inside of a building while the state is setting record after record for new cases per day... Trump has promised us the vaccine he's been working tremendously hard on will be ready for our great military to deliver before the end of the year. There's only 9 weeks left of the year anyways...I think we should wait it out. Trump has never broken a promise.

Great move not listening to the committee. Isn't that what it was made for? To give direction to the school board members to guide their votes? Surprised they didn't take another executive meeting to get this one figured out. Also, the school board said it themselves. They know social distancing of 6 feet isn't possible. They said it themselves. I'm sure there are some yahoos in this community that think this is fine. If you think that then go intermingle with 70 kids a day face to face and tell me how comfortable you feel. Kids with a WIDE variety of backgrounds. Kids that come to school with the highest risk due SES and being a minority group. I'm glad we used schools with similar demographics. Did you check to see what their measures they have in place in order to be at 50%? Are they able to properly social distance? Do they have 2 middle schools and not 1? Are they 6-8? What is their diversity like? Are most kids on free to reduced lunches? Just because you talk like you know what your talking about doesn't mean you. None of these people know what goes on in the schools. By not following guidelines given by the superintendent and the COVID19 advisory group, you are showing plain disrespect for teachers and their value to our community. Way to be leaders 4 board members. Way to prove to kids you shouldn't use data to drive decisions. Maybe teachers should get away from using data to drive decisions....

Immediate family member of mine is a teacher in Butler County. She works in a school that is 100% face-to- face and has been all year. Yes, it's a public school.

They do not require masks for teachers or students.

Desks are sanitized at the end of every class period for secondary level kids and 3x daily for elementary kids. An ozone purification sprayer is used in every room nightly.

There's been no outbreak.

The CDC hasn't swooped in dressed in hazmat suits and ventilation masks.

The BuCo Health Dept hasn't played politics. They aren't campaigning for masks- that's not their role.

We need people with common sense approaches to this, not knee jerk reactions sitting in places of power.

I hate to say it, but Butler County’s experience thus far isn’t proof of anything. It’s just a matter of time before they’ll have an outbreak, just like it was with the White House. Dealing with this virus has got more to do with odds. If you have more than a certain level of community spread, you shouldn’t be increasing school attendance. All it takes is ONE asymptomatic person shedding the virus to create a superspreader event.

Anyone who is familiar with the habits of teens knows that kids hug each other, and share each other's food/drinks, ride in each other's cars without masks on, swap hoodies, use each other's school issued laptops, huddle up for sports, employ less than stellar bathroom habits, hold hands, etc. They do this while their parents lovingly look on.

They're already hanging out together. They already go to each other's homes. They already work those fast food jobs in which they interact with all kinds of people. They're preparing your food.

They're already doing these "risky" things outside of the school setting. They've already been exposed to the germs and worms in the community as well as the germs and worms their parents bring home to them. The community is not a sterile place and never will be. Their immune systems are equipped to handle sickness and disease. Let nature take its course.