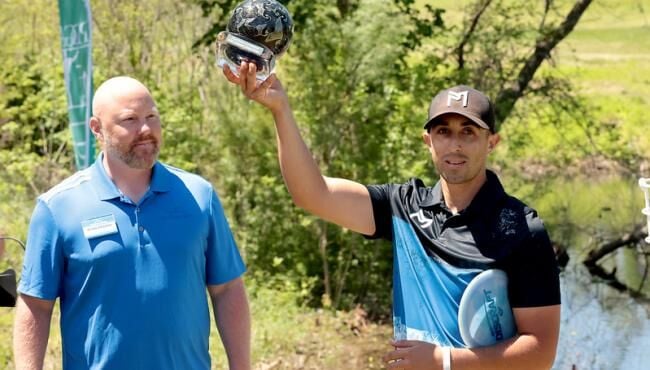 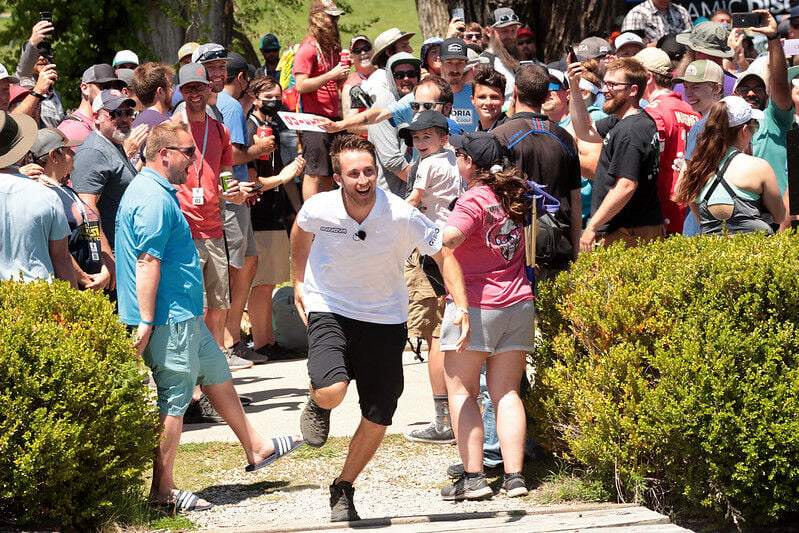 Ricky Wysocki celebrates after saving par from the drop zone on hole 16. 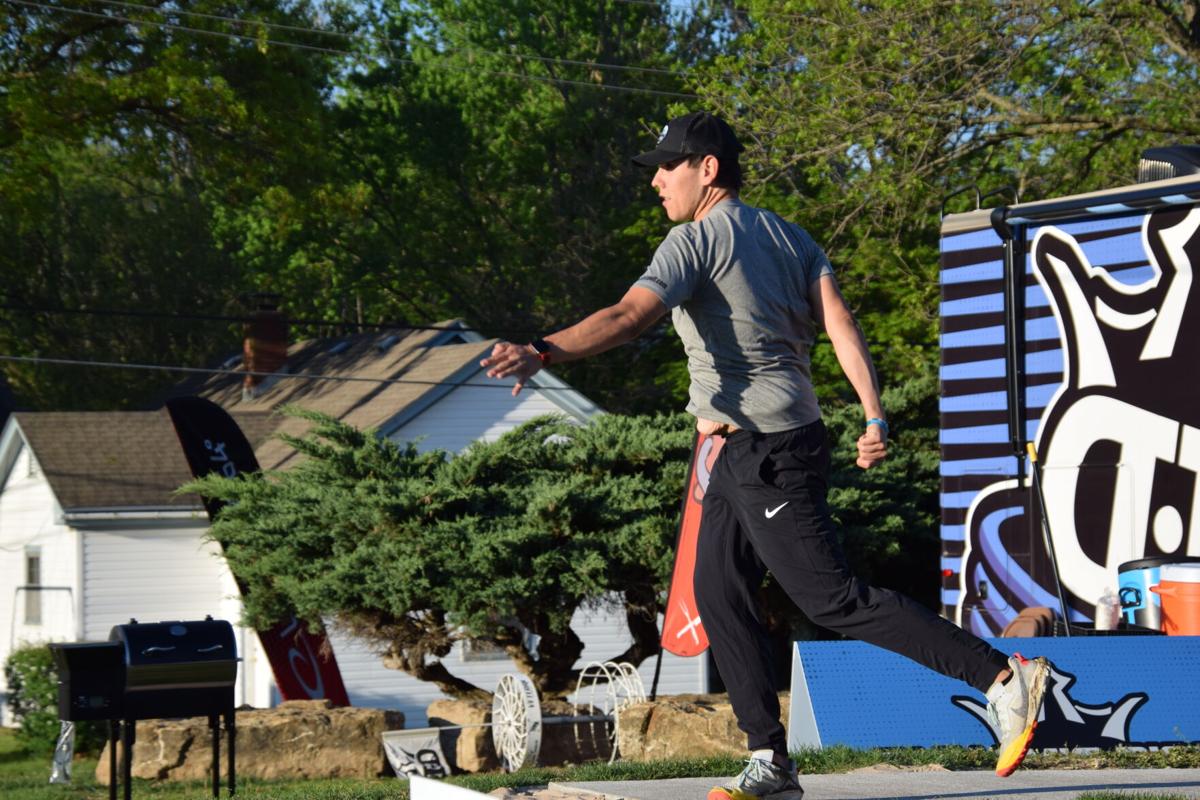 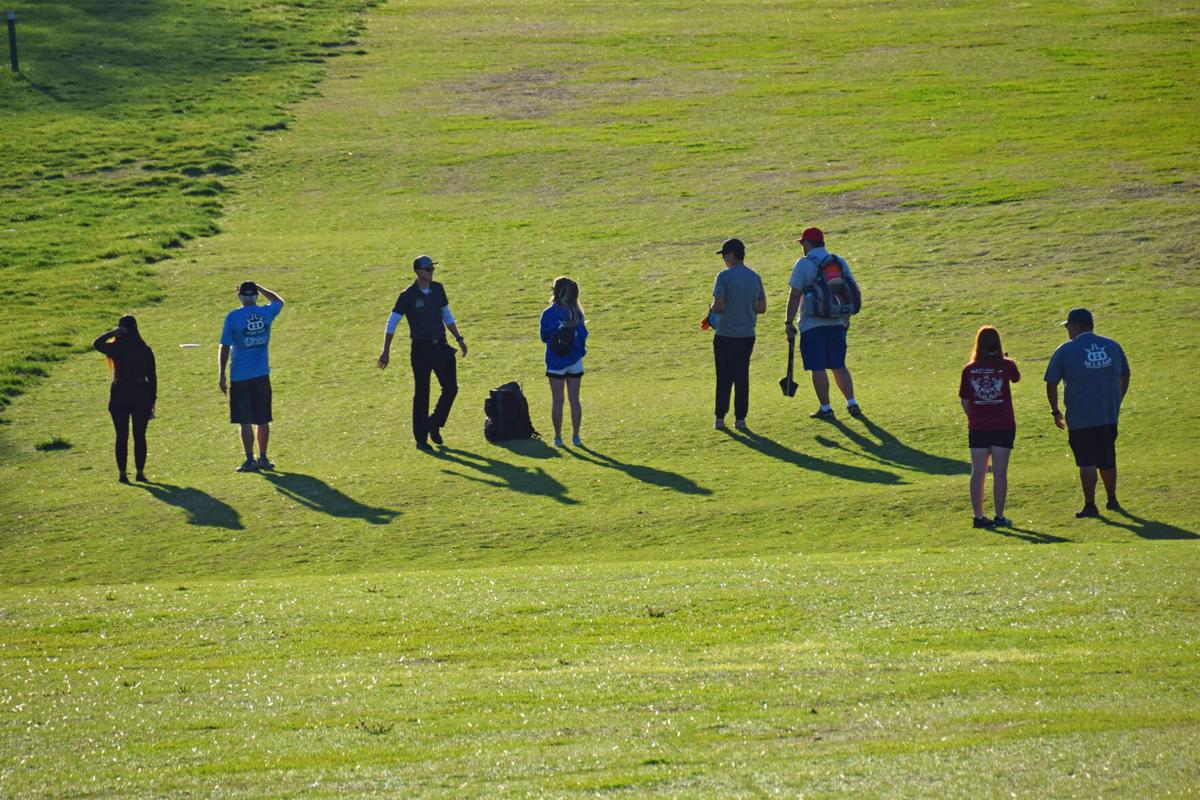 Players and staff on the course after the first tee of the day. 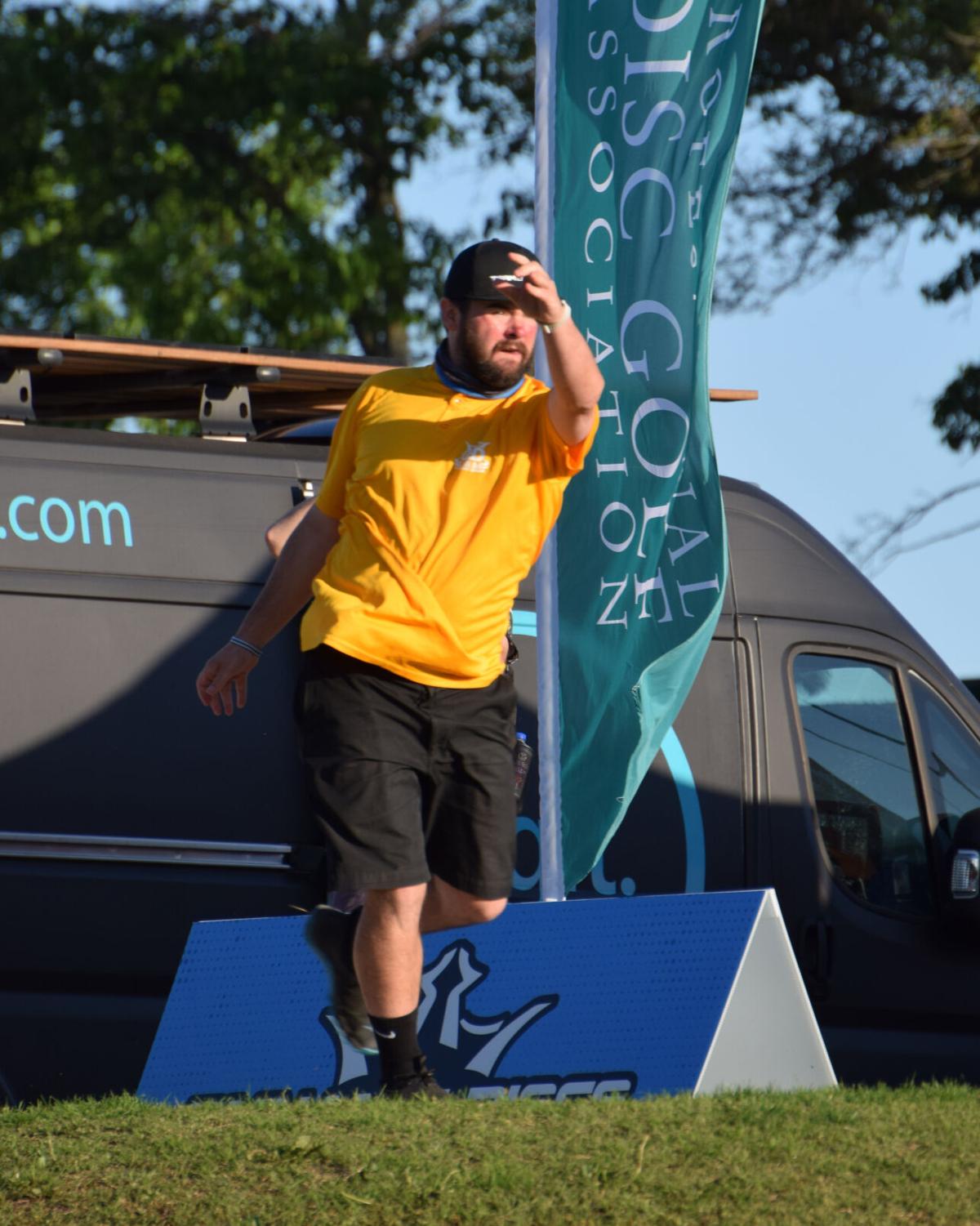 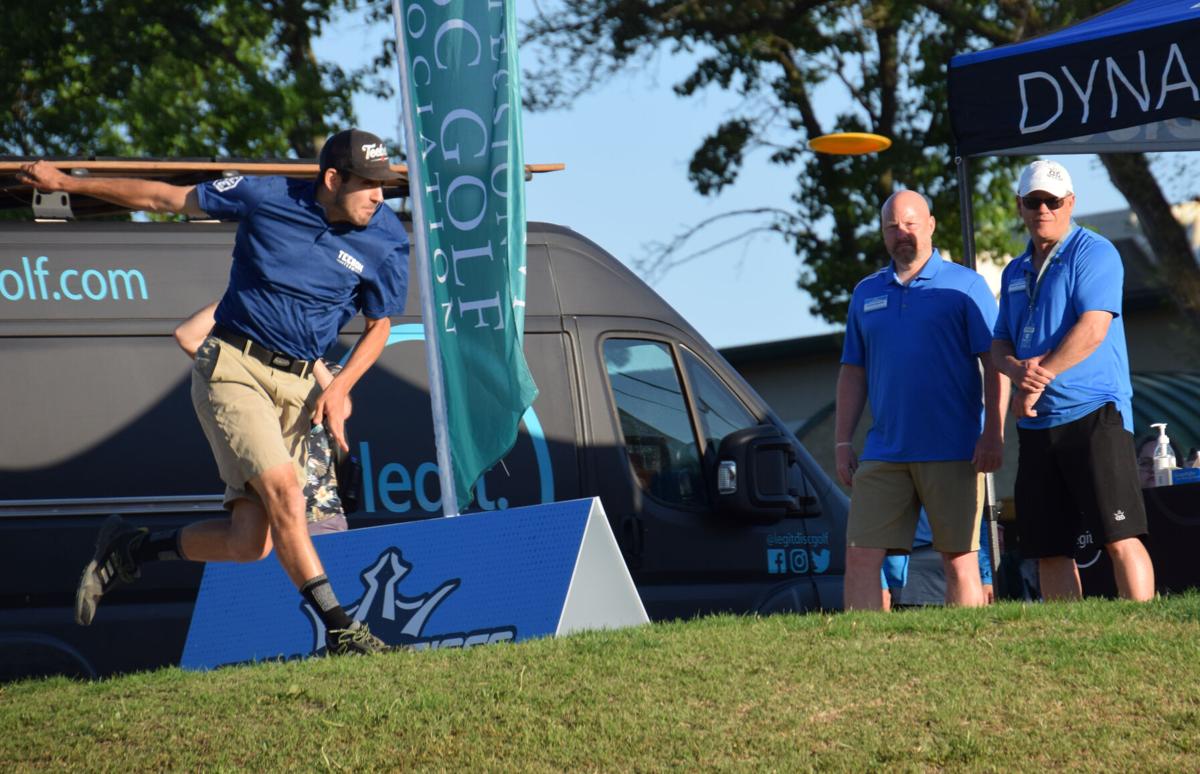 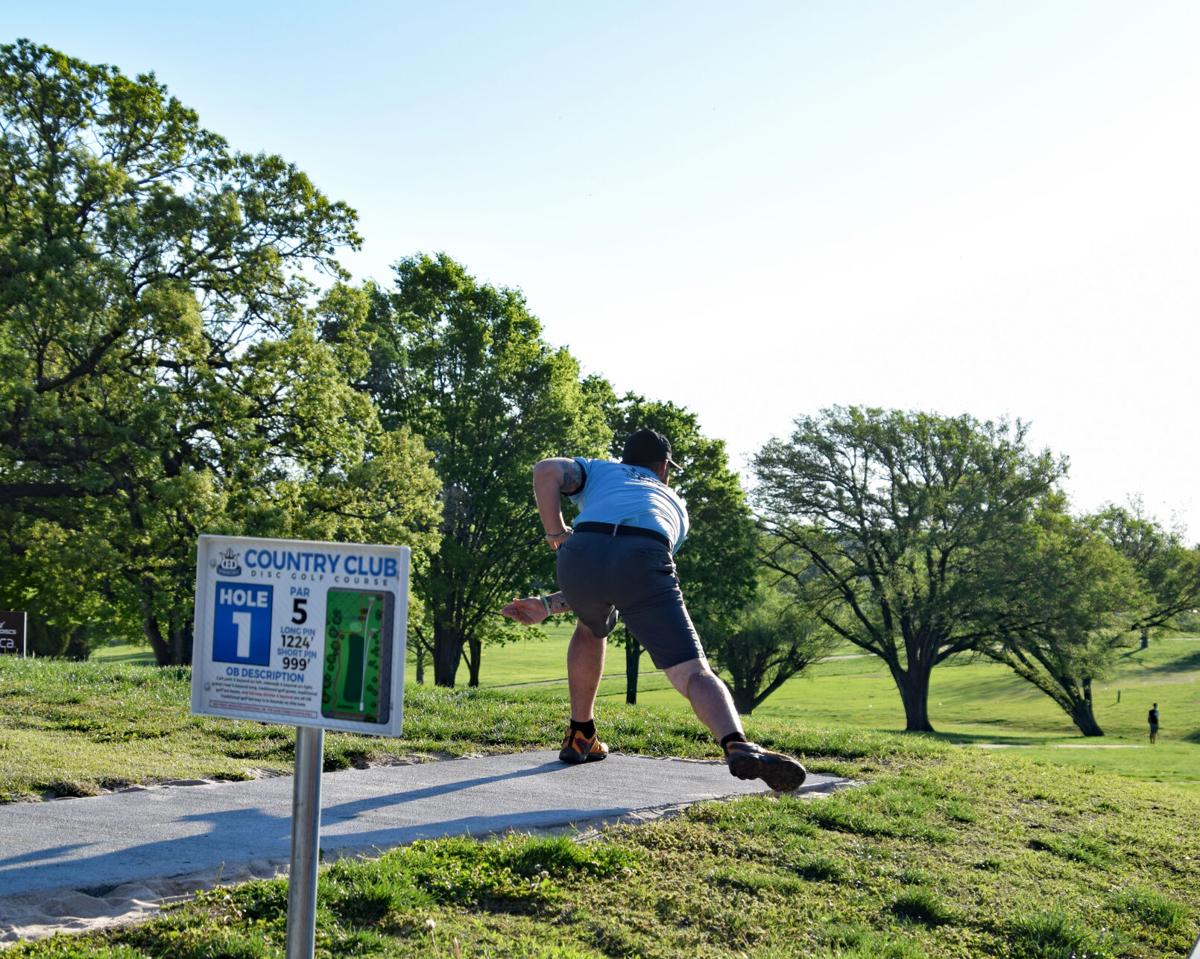 1st hole for the beginning of the final play of the tournament. 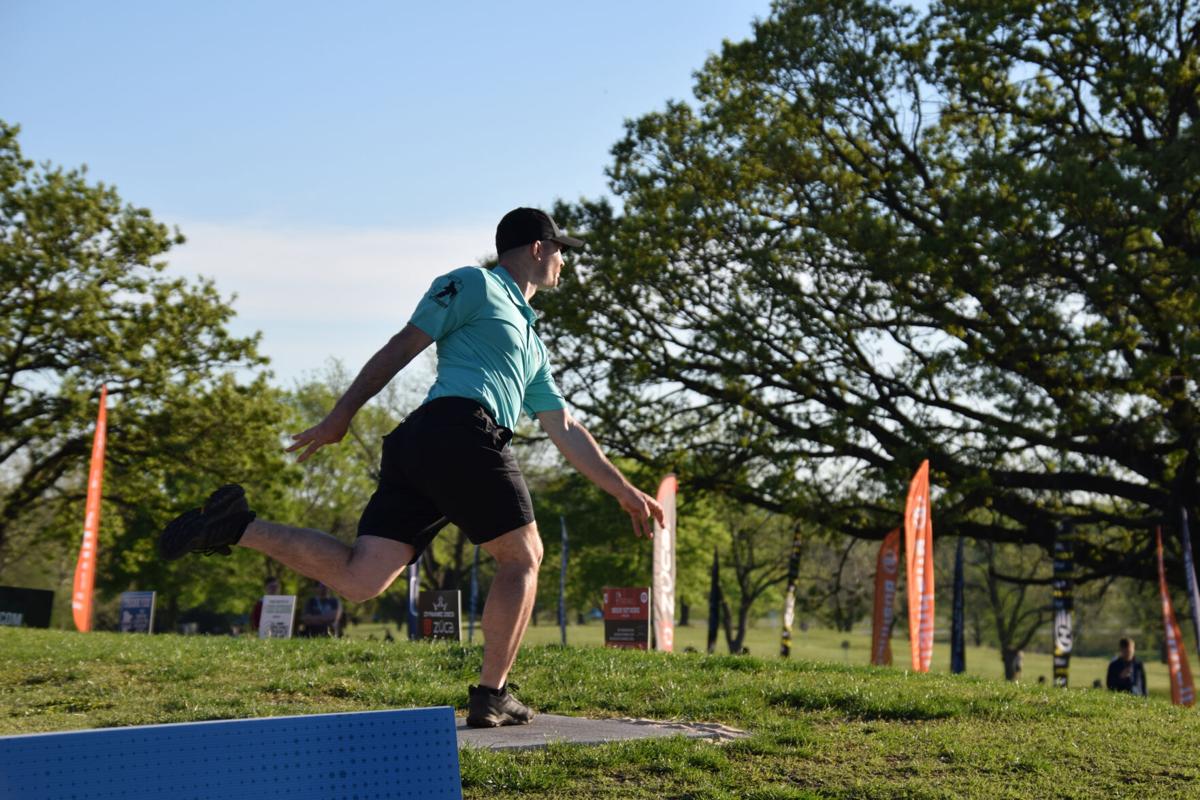 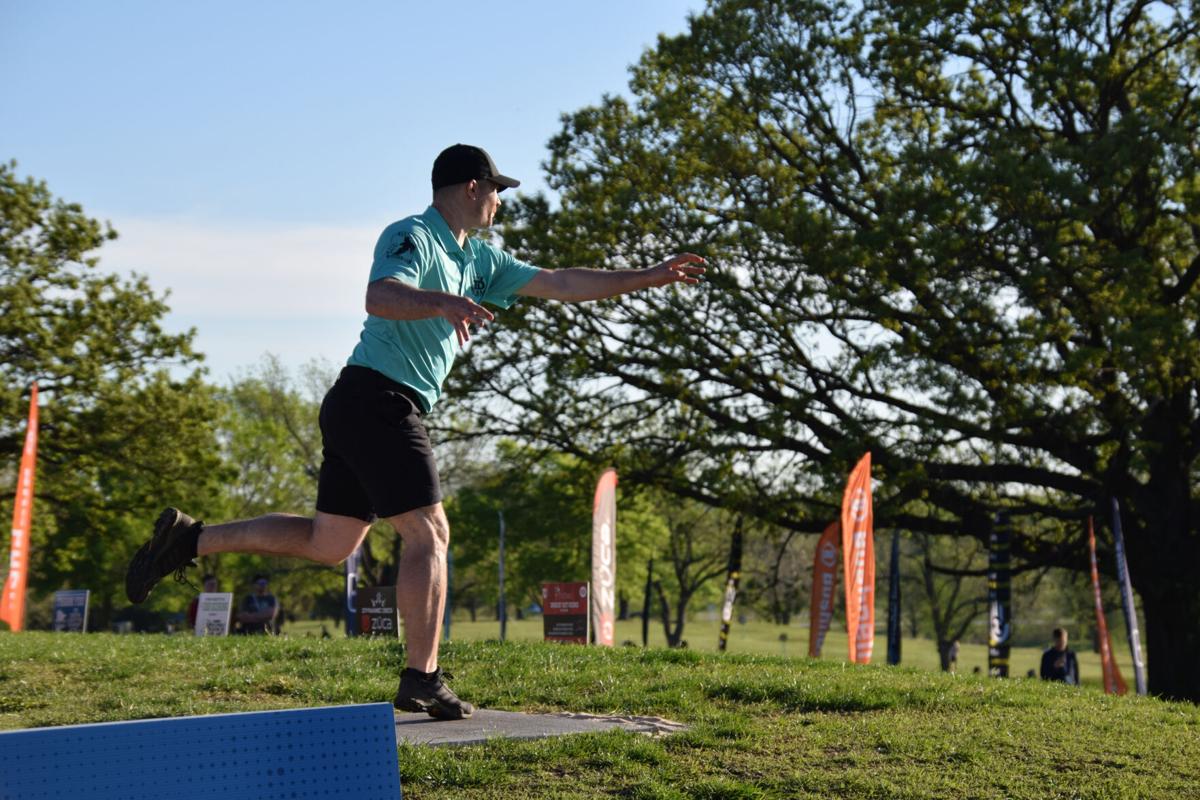 Teeing off at the first tee of the day on Saturday. 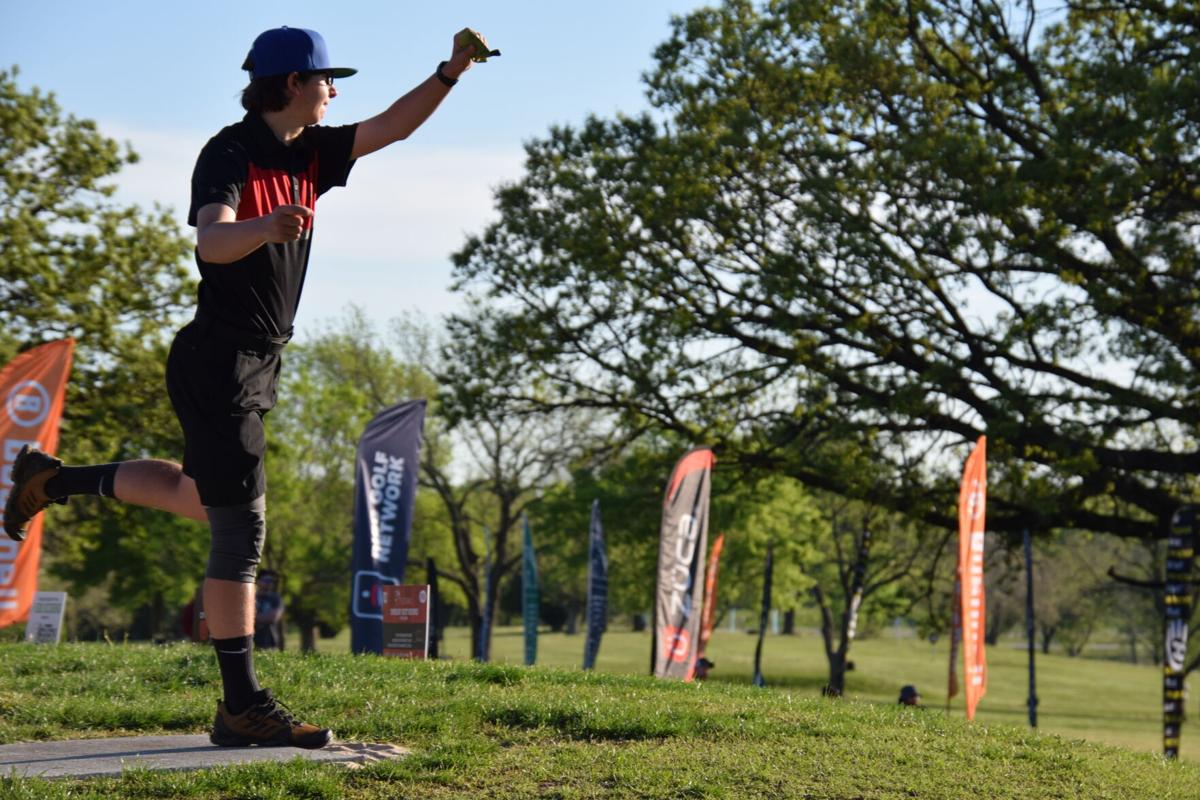 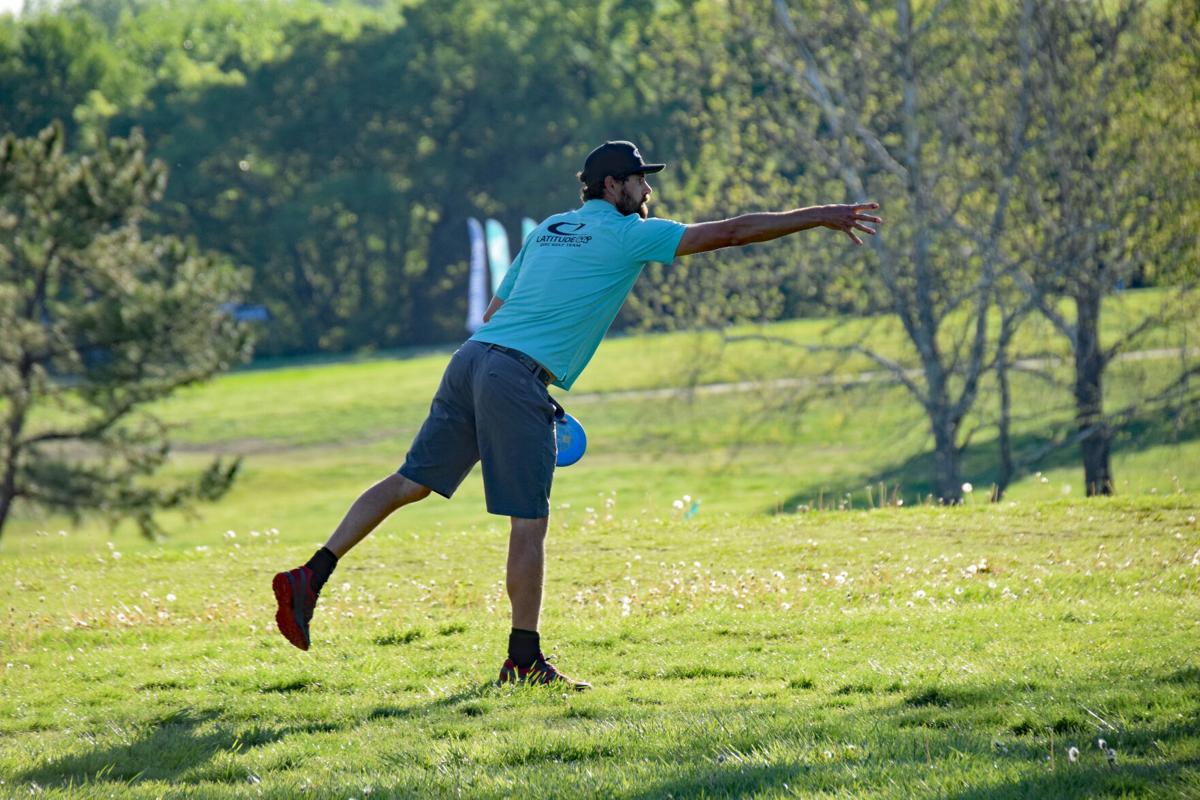 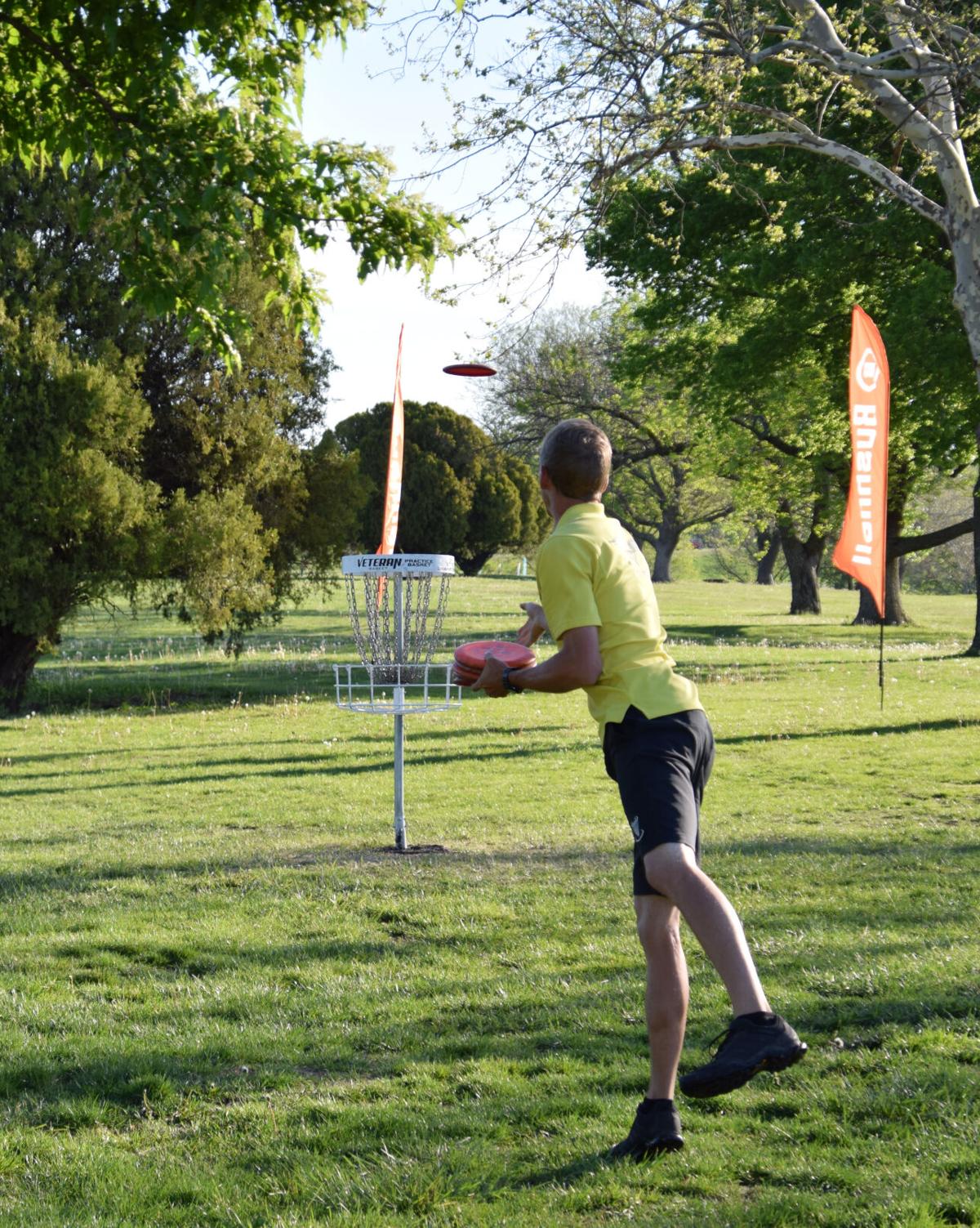 Ricky Wysocki celebrates after saving par from the drop zone on hole 16.

Players and staff on the course after the first tee of the day.

1st hole for the beginning of the final play of the tournament.

Teeing off at the first tee of the day on Saturday.

It’s a long way from Huntington Beach, but if you didn’t know better, you’d think Paul McBeth was right at home.

The five-time PDGA world champion is now also a five-time winner here — including the last three editions — at the tournament once known as the Glass Blown Open, and now, as the Dynamic Discs Open.

McBeth began his championship Saturday campaign with a statement piece. Sitting 60 feet long, and well below the pin on the 1175-foot par-5 hole 1, he connected on a huge circle 2 putt to prevent his three card mates — Calvin Heimburg, Eagle McMahon and Ricky Wysocki — from gaining a stroke.

He would go on to birdie the first four holes — and come as close as you can to birdieing the fifth — before his hot start cooled off.

But things went a little sideways after that. He lost a stroke to the card on hole 5, and another two strokes, as well as the lead, to Heimburg after making bogey on hole 6.

It was an ominous message for any of his rivals who may have been hoping that, following one of his longest winless streaks in years, McBeth’s days dominating the tour may be drawing to a close.

He steadied the ship after the bogey on 6 and regained his lead by avoiding trouble as each of his card mates struggled to keep a clean scorecard through the back nine.

An errant tee shot on hole 16 opened the door to a potential two-stroke swing for Heimburg, who was three-strokes back heading into the island green. But Heimburg could not stick the landing and his drive hyzered high and wide, skipping off the top of the wooden fence that guards the rear of the island and into the water.

It was all but a formality from there.

But before McBeth could be crowned, Wysocki would go on to make one of the most memorable shots in disc golf history.

Putting from the drop zone after missing the island green, Wysocki let fly a 70-foot hyzer that sailed majestically over the water and into the heart of the chains, sending the gallery into a frenzy. Raptor-legging and fist pumping his way through the crowd, it was a fitting end to and emotional week for the two-time PDGA world champion.

“That was awesome. I’d been struggling most of the day and I wanted to save par and come in with a decent score, and I was able to do that,” Wysocki said. “I made the long putt, the crowd went crazy and I got my raptor legs out. That’s what it’s all about. It was awesome to share that experience with everybody. I think my sister threw that putt in the basket for me — it was definitely emotional.”

McBeth, Wysocki and company will have their next opportunity for a PDGA National Tour title at the Santa Cruz Masters Cup, May 28-30.

SO,,,,,What about the other hundreds of players and how they finished and played the game. It's not a one man band.