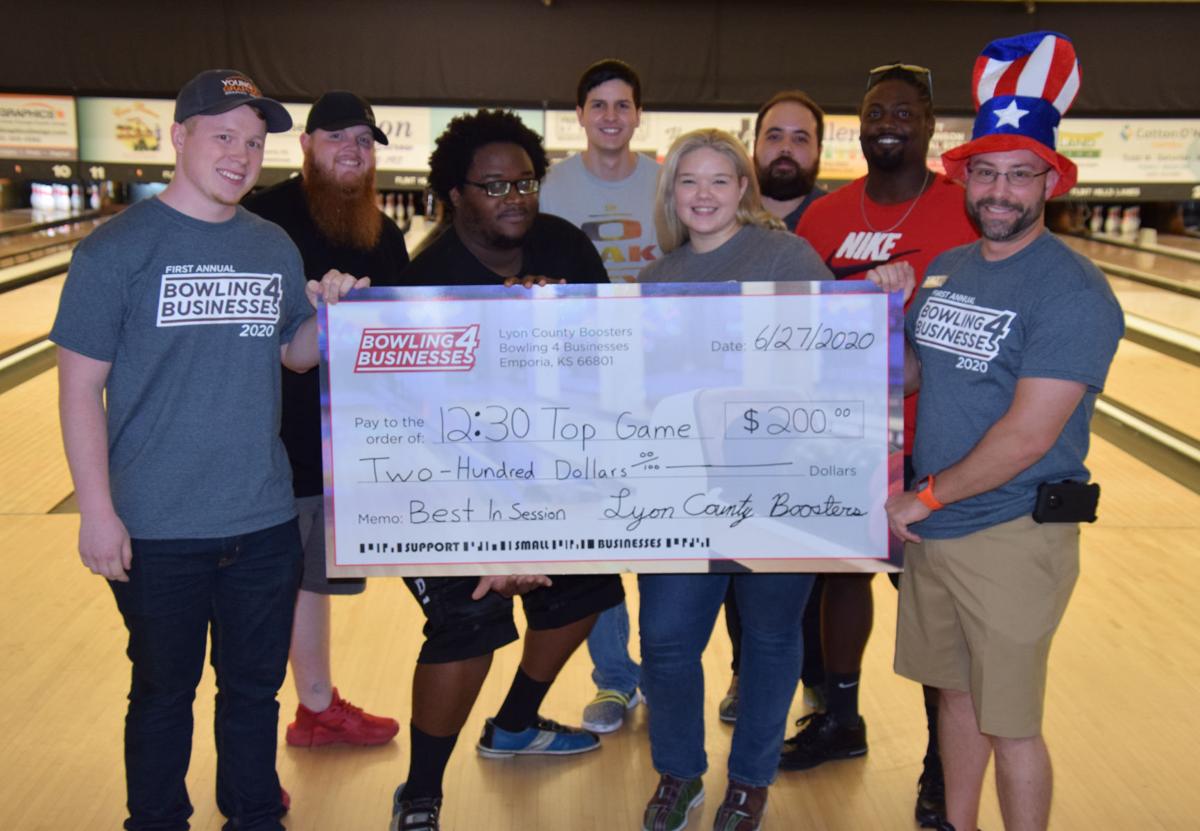 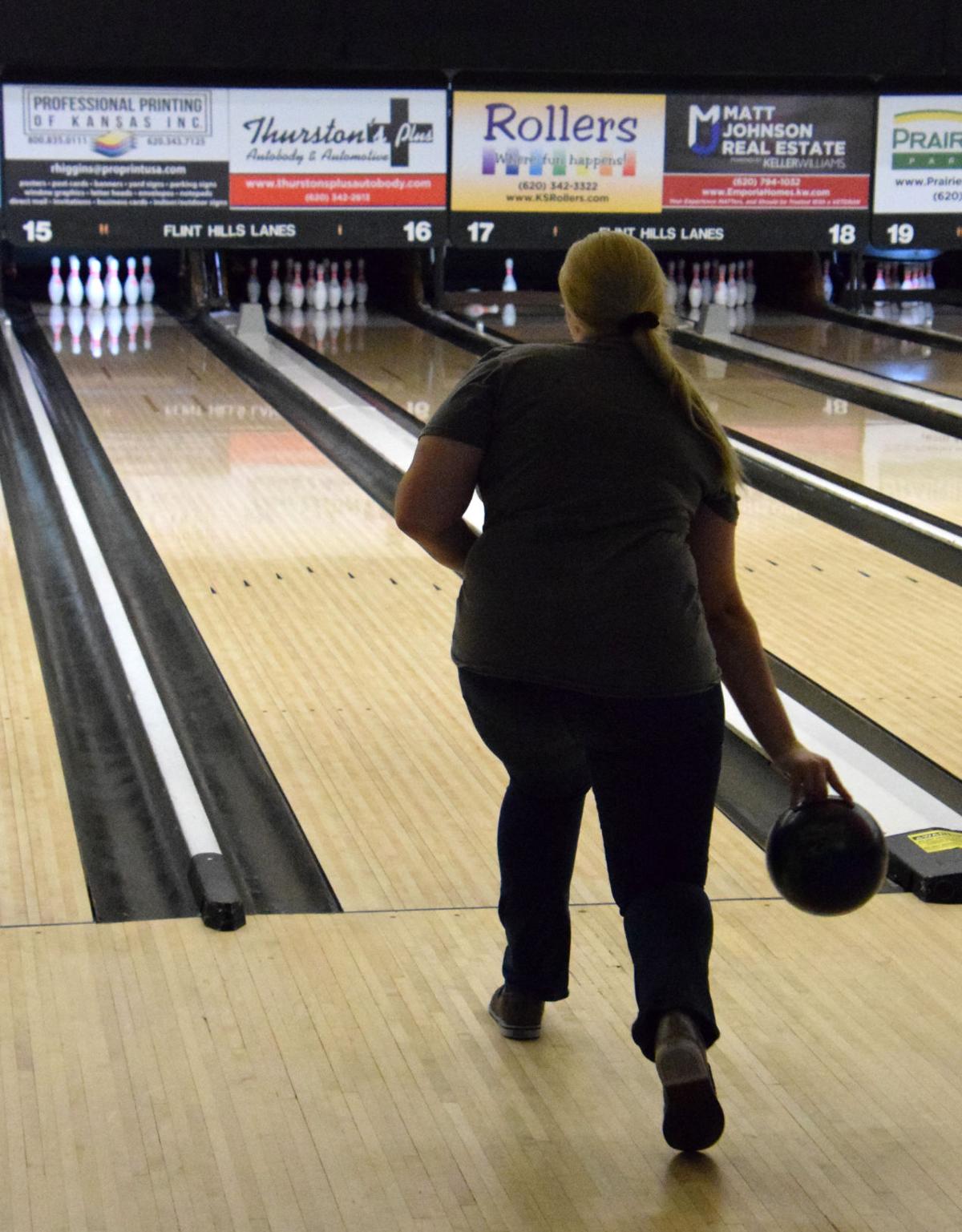 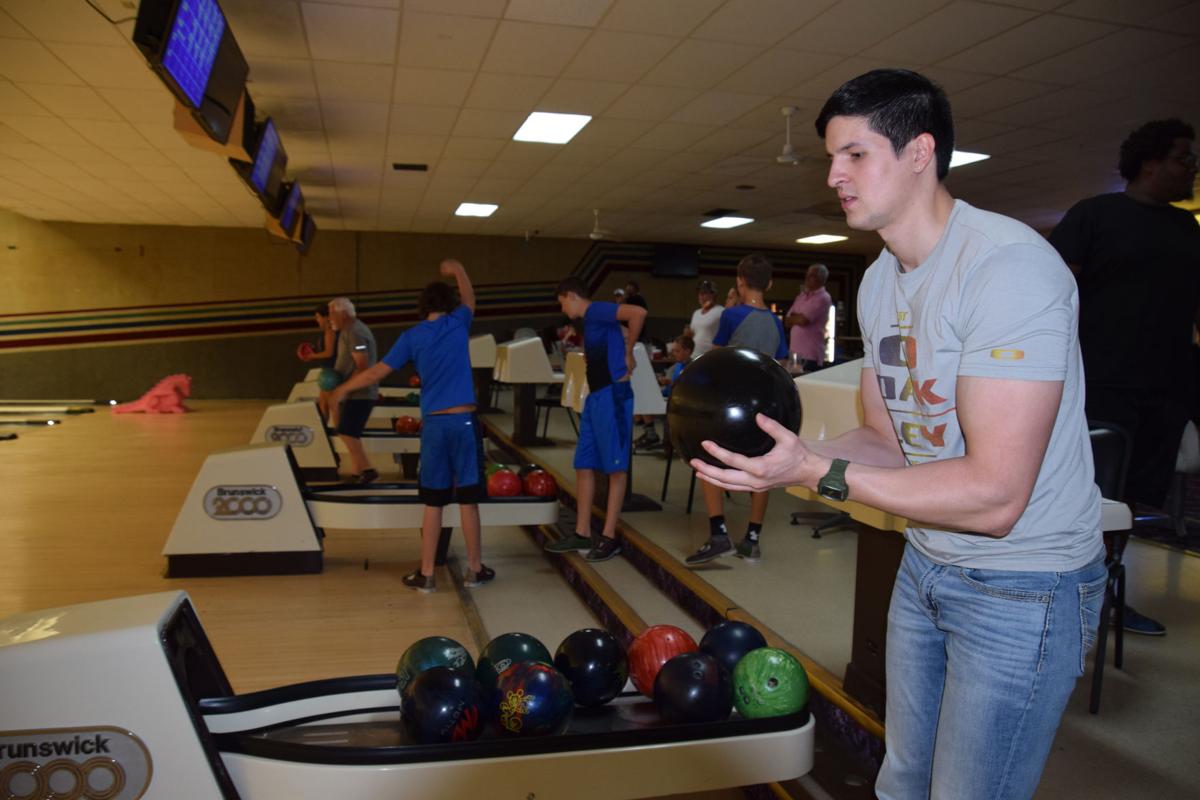 Gage Zuniga prepares to throw a ball for the winning team. 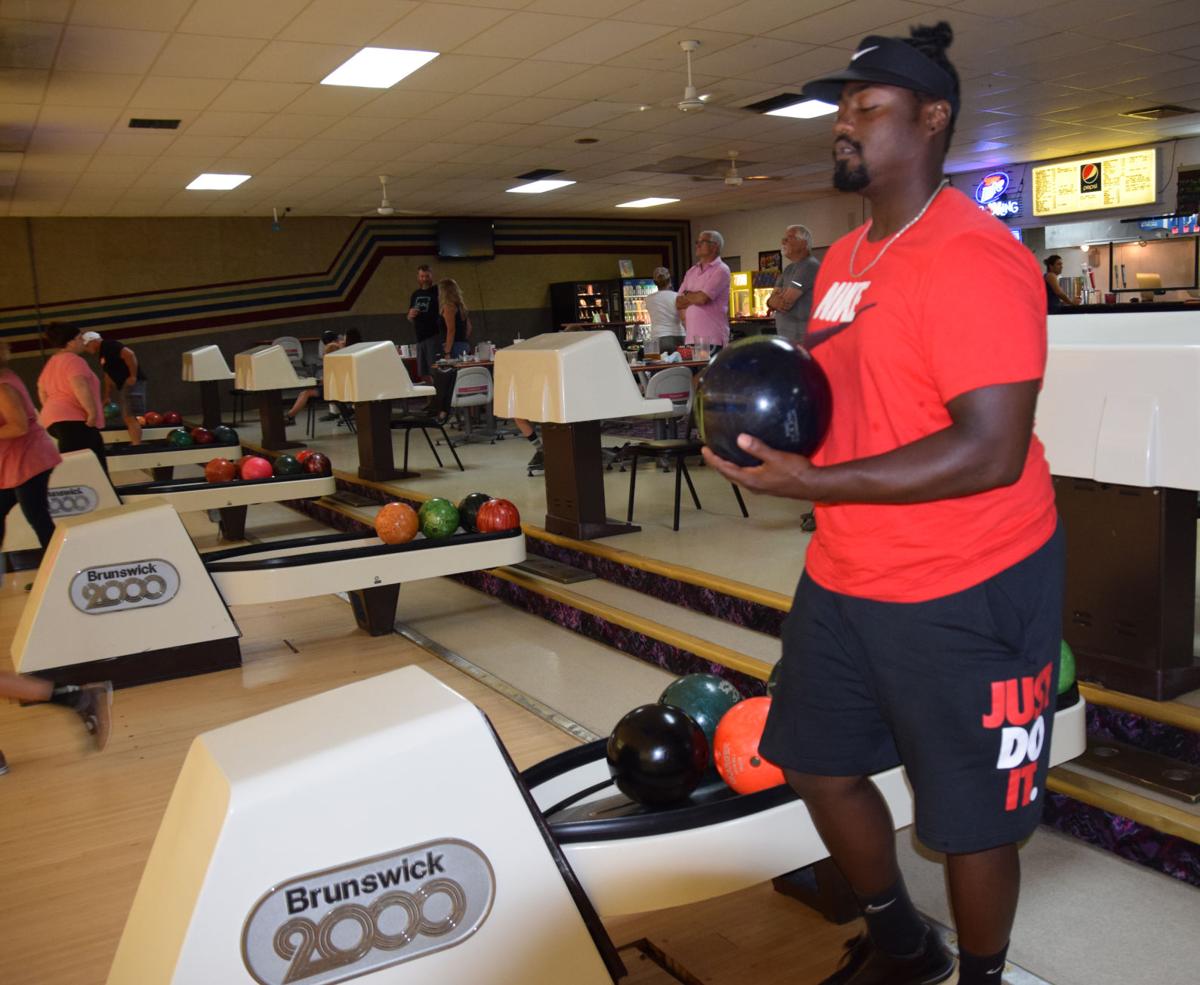 Darian Harris gets ready to bowl a line for his winning team. 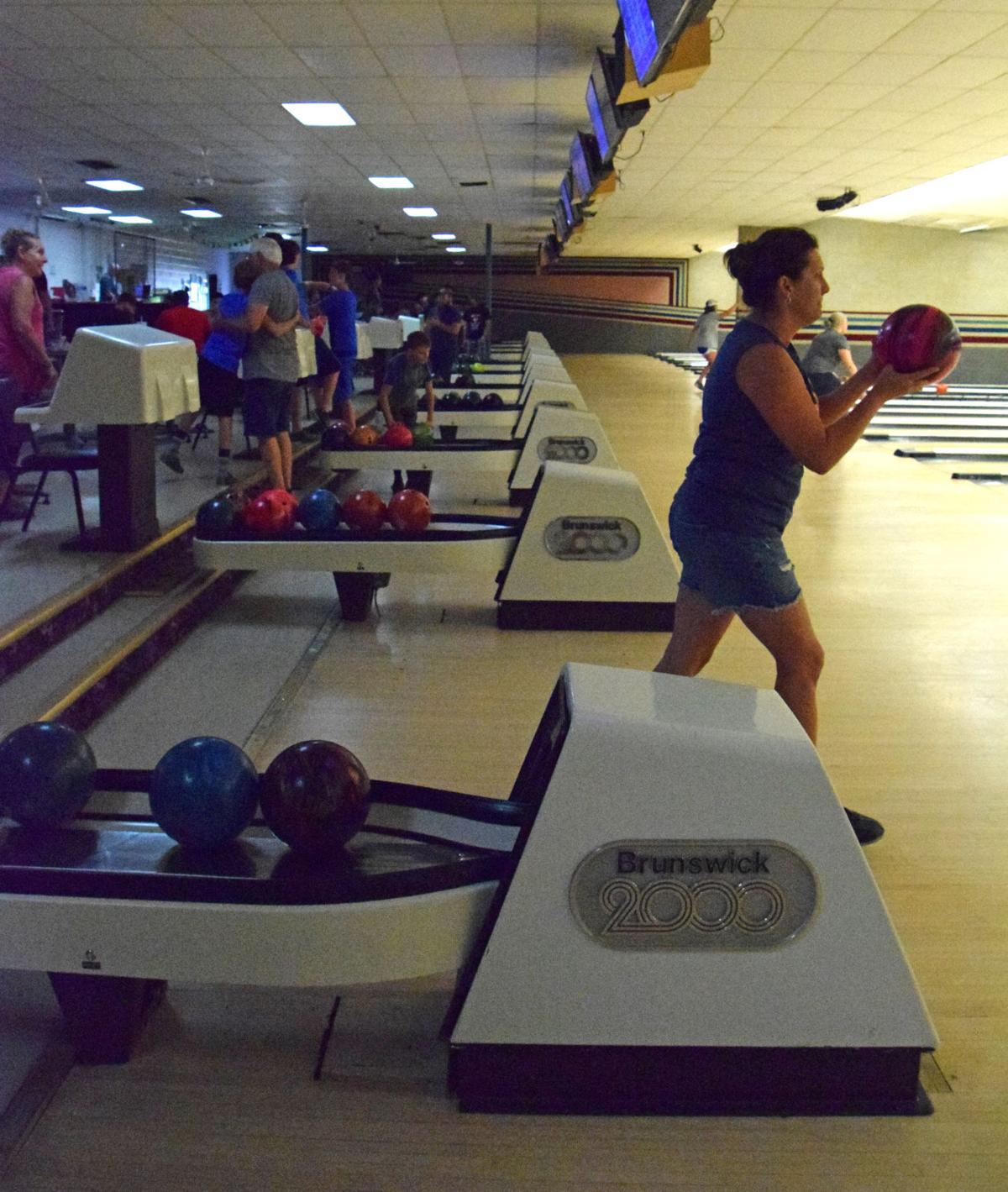 The lanes were busy for the fundraiser all day Saturday and into the evening. 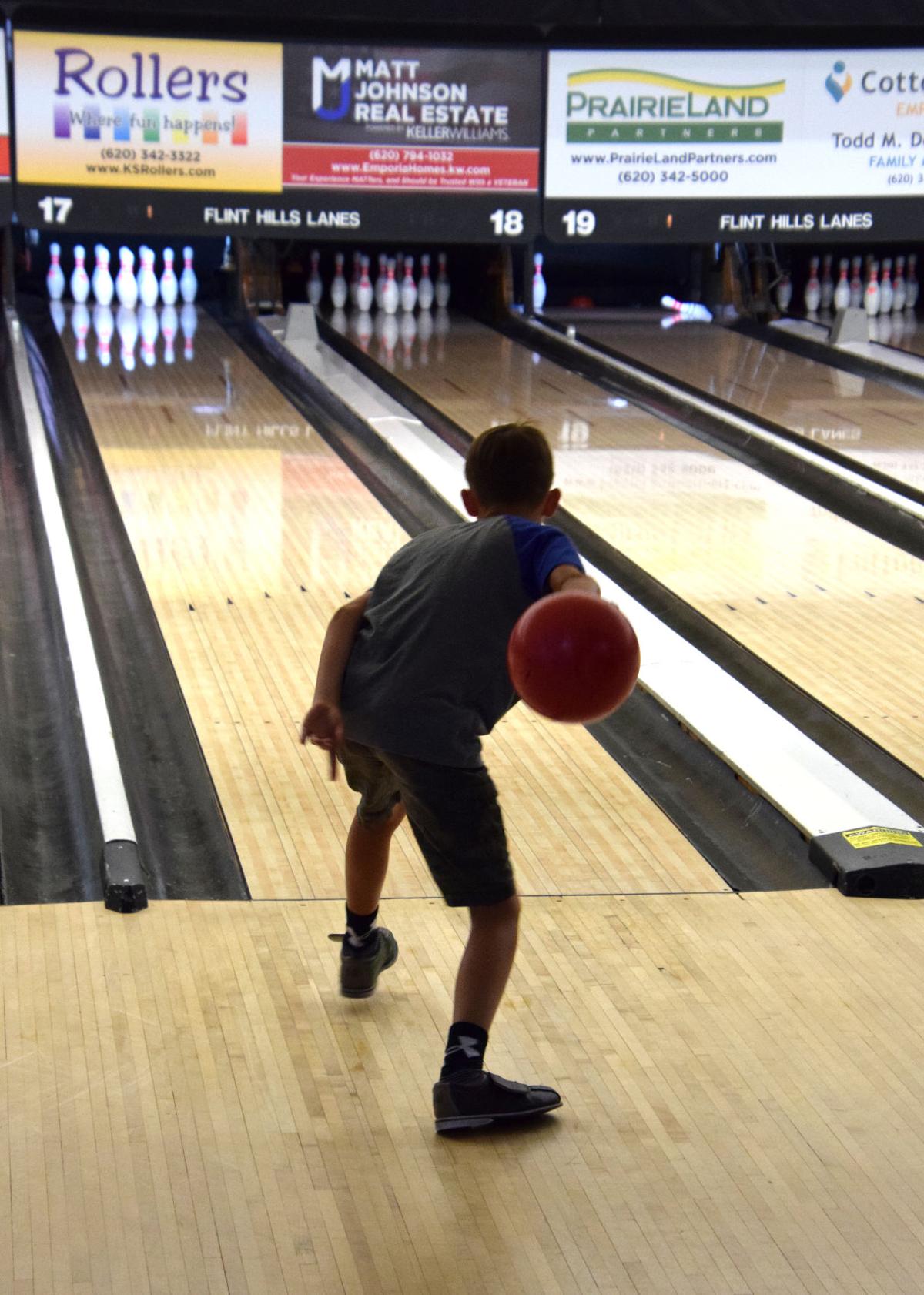 Austin Beck gets ready to throw his second strike in a row. 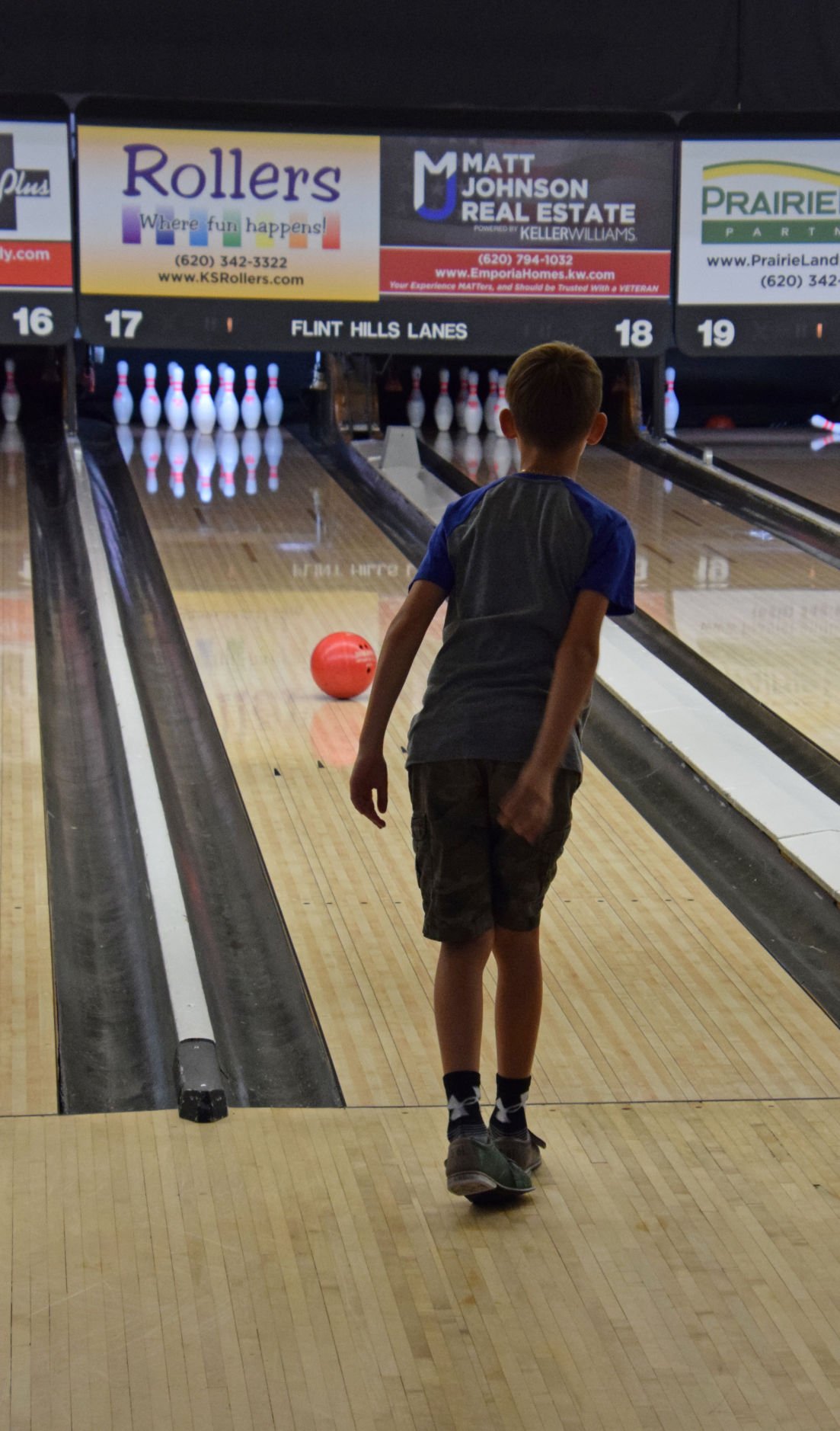 Austin Beck throws his second strike in a row.

Gage Zuniga prepares to throw a ball for the winning team.

Darian Harris gets ready to bowl a line for his winning team.

The lanes were busy for the fundraiser all day Saturday and into the evening.

Austin Beck gets ready to throw his second strike in a row.

Austin Beck throws his second strike in a row.

Josh Young and Matt Johnson are the co-founders of Lyon County Boosters, an informal association created with the intention of aiding local businesses. Young, a graphic designer, and Johnson, a real estate agent, came up with the idea after talking to area business owners.

“With the pandemic and all the businesses shutting down for two months or more, we know that they’re hurting,” Young said. “We spoke with a lot of business owners [in the past few weeks] and heard that they need help. So we came together to use our strengths and give back.”

Initially, the duo brainstormed ideas to assist Mark Martin, owner of Flint Hills Lanes, whose business was one of the first to shut down and one of the last to re-open under public health restrictions.

“We approached Mark about doing something to help Flint Hills Lanes, but he wanted to help more businesses,” Young said. “That really switched things up, but we think it’s a much better idea.”

That was just three weeks ago. Since then, Young and Johnson worked non-stop to put the event together, gaining support from 37 sponsors and signing up 24 teams to compete in the first Bowling 4 Businesses tournament.

Organizing team events during a pandemic presented a unique set of challenges. Every person who entered the building had their temperature taken with a hands-free device. To maintain social distancing, teams signed up for time slots and only half of the lanes were pressed into service with an empty lane between each team. Flint Hills Lanes staff sanitized tables, chairs, equipment and each bowling ball between every session.

Martin acknowledged that despite these precautions, not everyone would feel comfortable about coming to the bowling alley. Even for a good cause.

“I know some people are still unsure about going places, I understand that,” he said. “We’re fortunate that we’re able to have our doors open again and we’ve had a great turnout and support from sponsors and teams.”

In addition to bowling, the concession stand kept players fueled and Kelly Maxfield of Maxout Entertainment provided 10 hours of music. At the end of each session, the team with the highest score received a cash prize.

The amount raised was not available at press time — Lyon County Boosters expects to announce the total later this week. Young said 25 percent of the proceeds will be given to The Greater Emporia Area Disaster Relief Fund. The remaining proceeds will go directly to local businesses in need of assistance.

For a first event organized on short notice, Young said he was pleased with the results.

“I think it went really well,” Young said. “Obviously we would have liked to fill up all of the spots that we had, but it went really well considering it was our first year and we just started organizing it three weeks ago. We wanted to send a huge thank you to our sponsors and everyone who participated. Because of you, Bowling 4 Businesses was a success.”

“With the pandemic and all the businesses shutting down for two months or more, we know that they’re hurting."

Do you really want to help small businesses? Put your masks on, dumdums!