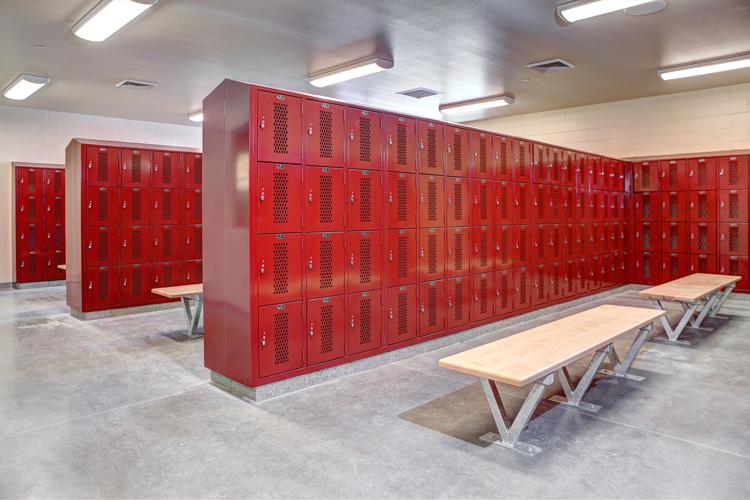 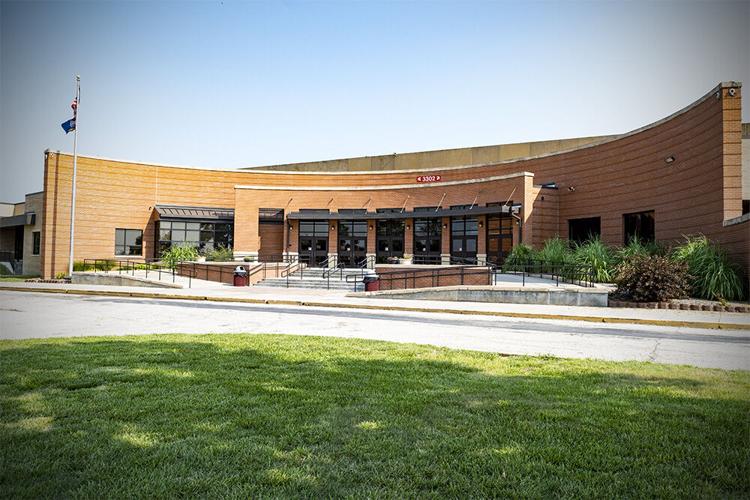 Editor’s note: After Wednesday’s meeting of the USD 253 Board of Education where no information was revealed, parents came forward to The Emporia Gazette to share information about an alleged hazing incident involving some members of the high school football team. While this information has not been validated, we are sharing in the hopes of shedding more light on this incident.

In the weeks following an alleged hazing incident involving the Emporia High School football team, the Emporia Public Schools District has maintained its silence over whether or not students have faced any consequences for their involvement.

The football team has been under investigation for misconduct by both local law enforcement and the school district since Saturday, Aug. 20, when according to one parent, a video of an alleged sexual battery surfaced on social media. The incident was reported to the police the following Monday by EHS principal Dathan Fischer.

But the father of one member of the football team alleged similar incidents occurred in the days prior to the Aug. 20 intrasquad incident. He said he knows this because his son was one of the victims.

“This all came out because they posted [the Aug. 20 incident] to a Snapchat account,” the father said. “They had a video of what happened. Someone videoed it and in that video, someone named other victims that similar incidents happened to. My son happened to be one of the one’s involved in it.”

According to the parent, earlier in the week, the man’s son had been in the locker room changing out of his uniform, and while still wearing his underwear, had another player attempt to insert a finger into his rectum. The boy was also wrestled to the ground, where his head was “air humped” by another player, he said.

“The way my son explained what happened to him is it happened earlier in the week; it was not on Saturday,” the father said. “I’m assuming it’s similar to how the other incidents were done.”

To his knowledge, the father said, there were no adults in the locker room at the time, which would be a direct violation of the EHS Student Handbook. The handbook states that “there are to be no students, athlete or non-athlete, in the locker room except under the supervision of a coach/teacher. The athletic director must approve exceptions to this. Only athletes who are in their season of sport may use lockers in the varsity locker room.”

The father said it was his understanding that there were no adults in the locker room that Saturday, too.

“It’s my understanding from him that there was not anybody from the school district — no adult or coach — in the locker room at the time the incident occurred on Saturday,” he said.

Coaches, the father alleged further, were notified Saturday afternoon of the incident. It was his understanding that administrators were not called until Sunday, Aug. 21. The father, who said he isn’t on social media, wasn’t aware anything had occurred at all until another parent called him. It was at that point he asked his son what happened.

His son was interviewed by Emporia Police Department detectives. The father was told his son would be interviewed that Tuesday afternoon after school, but was later informed they would be pulled earlier. By the time law enforcement arrived at the school to pick up the boys, the story had already been picked up by local and regional news organizations.

This week the school district said, due to state and school privacy policies, they could not comment on the playing status of the football players that were involved in the alleged incident. Community members have been asking if the players are back on the team practicing.

On Thursday, we asked Superintendent Allison Anderson Harder via email two questions regarding district policy: What is the school district’s policy of releasing victims to law enforcement without parental knowledge? and What is the school’s policy in allowing students to participate in school-related activities pending a police investigation?

Community Relations director Lyndel Landgren directed The Gazette to the USD 253 Board of Education’s policies online.

The Gazette did a Google search of “high school football players suspended” and found 53 million entries where school administrations updated their communities of players’ status as a form of transparency with their communities.

The Gazette has been told by some parents that students involved were given between three-to-five day suspensions and were back with the football team, but it was unclear if they were able to play or participate in practices. We have been unable to verify the information.

But multiple parents told The Gazette that regardless of whatever disciplinary action had or had not been taken, there were several reports of retaliation and bullying against the victims.

The father said he feels sick over the incident.

“It’s difficult,” he said. “As a parent, you want to make sure your kids are protected and you don’t really know if something like this won’t happen again.”

He said his son is still part of the team, since he doesn’t want to punish him for being a victim. But he’s unhappy with how the USD 253 administration has handled the event.

“Let’s just keep everything normal,” he said. “Because as long as it’s normal, no one can be at fault.”

This story has been updated from the print version to clarify the events that happened in the locker room.

"Nothing from the school district was communicated to me as a parent."

The Gazette has been told by some parents that students involved were given between three-to-five day suspensions and were back with the football team, but it was unclear if they were able to play or participate in practices. We have been unable to verify the information.

How do kids not understand that these are jailable offenses and evil behavior and not some joke? I sure hope the people who were supposed to be in charge see some consequences.

I think it's pretty clear why the school district is trying to keep this under wraps: The assaults occurred because adult teachers/coaches/administrators who were required to be in the locker room were not. District policies intended to protect children from this very thing were not followed and, because of that, Emporia students were the victims of sexual assault. It grieves me deeply that Emporia students and their parents cannot be confident that their children are safe at Emporia High School. I hope the victims and their parents know that the entire community is outraged on their behalf.

It's pretty par for the course over the decades - ever since the reports of harassment and abuse from the early 80s onward, the school district and administration did little more than sweep it under the table. They never wanted distractions from their booster fundraising efforts, or to have to deal with the legal ramifications of them keeping quiet allegations against students, teachers, or coaches. They continue to be as cowardly as ever, they're nothing if not consistent

I recall, over fifty years ago, witnessing the brutality of high school football "initiations", and later being the target of a fraternity "initiation", at KSTC, no less, (now ESU). Call it what you will, tradition, hazing, assault, cruelty, bullying, it needs to be stopped. Merely a legal disclaimer by whichever institution involved is not nearly enough. It needs to be exposed, and dealt with for what it is, Criminal, Immoral, and just plain Wrong!!!

The superintendent should remove the perpetrators from the team....or better yet cancel football for the season. That would demonstrate great handling of the situation instead of white washing it is going on now..

I feel bad for the parents having to be the ones who come forward, but with people saying the editor needs to stop putting out foolish opinions and dismissing what happened here as just rumors, the air needed to be cleared. What is described here is exactly what I was told, and I'm baffled that the police and district attorney are allowing sexual battery to be swept under the rug. This happened a month ago, and no arrests or charges filed? That is just insane.

OMG, I don't believe it! I agree with Aim_High!

The public, paying school salaries, need openness and transparency, and at all levels of government, instead of everything being "Confidential", "Classified" or whatever reason admin puts forth to justify being covert.

Be patient Aim High, so far you’re comments about this being swept under the rug is a little premature since nothing has come out yet from the district attorney. For whatever reasons justice in Emporia seems to take a lot longer than in most places. Just look back on the five boys They finally were charged with the murder of that one other boy. I realize you and Miss Walker seem to think your entitled to answers now.

You're right about one thing, Ricky, "justice in Emporia seems to take a lot longer than in most places." Like Aim High, I too am impatient and frustrated by school board seemingly hiding things from the public. But isn't it a shame that it took the parents of victims to come forward with information? That much could have been shared, but I suppose witnesses would have been necessary. One thing for sure, once this goes to court, it's going to be ugly. I want to know if the coaches are still working since there were none present in the locker room during these incidents.

I agree. I would also like to know why coaches were not in the locker room, and whether or not they are still employed. Can't wait until this all goes to court because it was indeed sexual battery and those bullies need to be informed of the penalties involved. At the school where I used to teach, someone from the county attorney's office would come every year to a full assembly of students to talk about such crimes and our zero tolerance for them. Yes they are crimes.