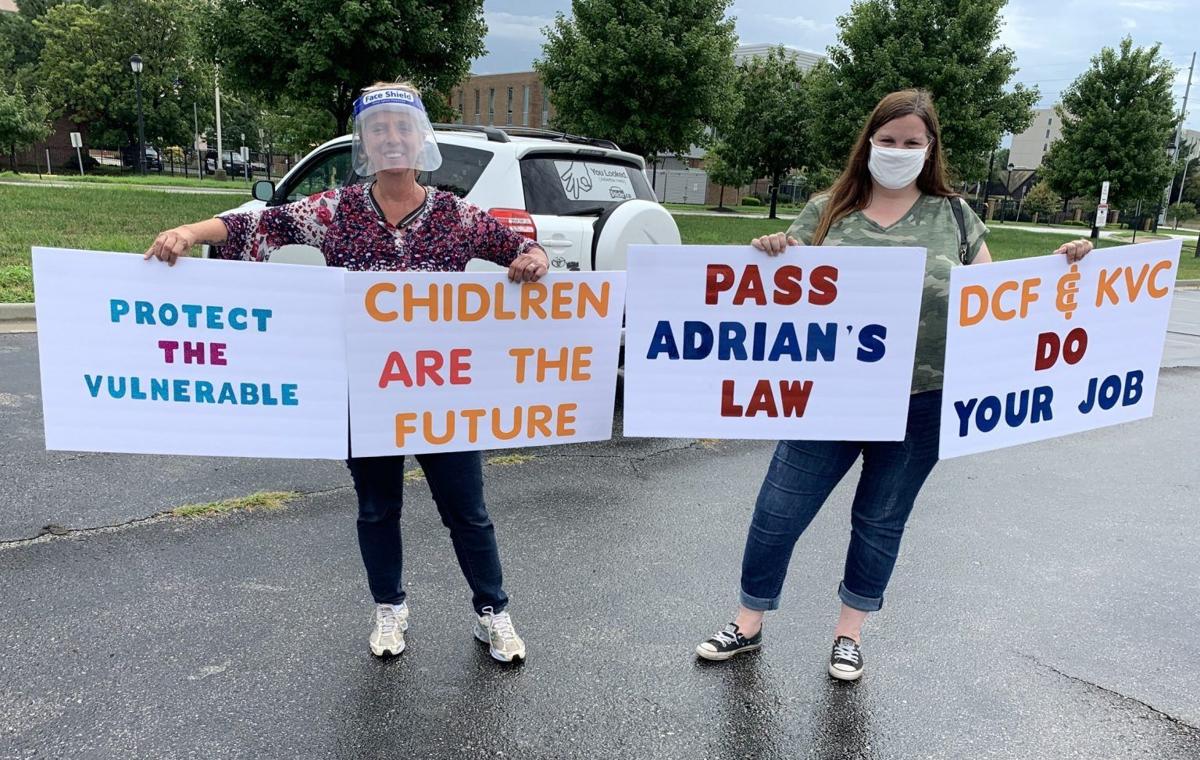 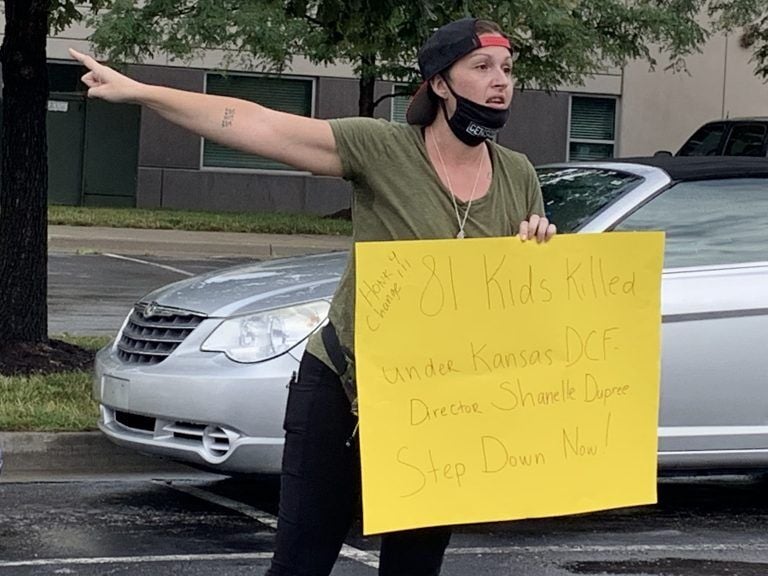 Brooke Wyrick called for Shanelle Dupree to step down as regional director of DCF, citing a large number of children who have died under her watch. 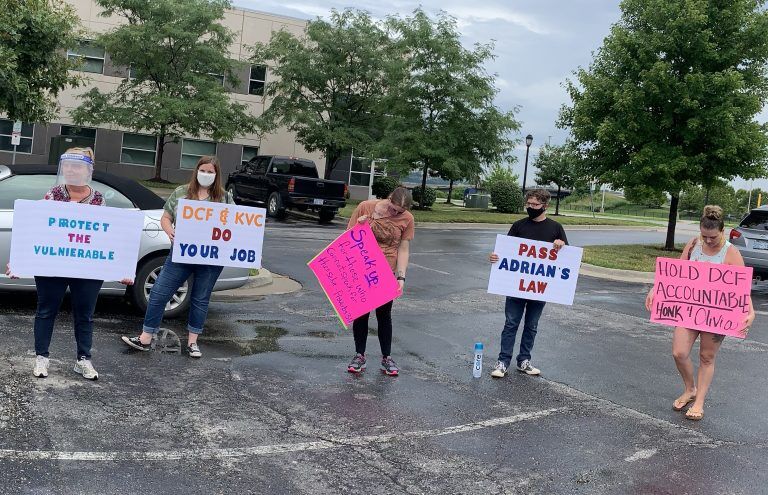 When NaCole Agard (far right) heard of Olivia’s case she thought of her own child and had to act. “The system isn’t going to change, so we need to make sure it changes,” she said.

Brooke Wyrick called for Shanelle Dupree to step down as regional director of DCF, citing a large number of children who have died under her watch.

When NaCole Agard (far right) heard of Olivia’s case she thought of her own child and had to act. “The system isn’t going to change, so we need to make sure it changes,” she said.

A dozen protestors stood in the rain on Wednesday calling for change to be made at the Kansas Department for Children and Families. They said a lack of transparency has cost the lives of children, including Adrian Jones, Evan Brewer and, most recently, 3-year-old Olivia Jansen.

Olivia’s body was found in a shallow grave on July 10, the day her father reported her missing. Her body was covered in bruises and showed other signs of physical abuse, according to a probable cause affidavit. Olivia’s grandparents said they called the agency in March, after not seeing her for months. They said they also called law enforcement several times.

Earlier this month, Wyandotte County prosecutors charged Olivia’s father, Howard Jansen III, and his girlfriend, Jacqulyn Kirkpatrick, with felony murder, among other crimes, in her death. But DCF has continued to balk at requests to release her records.

“We have got to protect our children and the DCF is not taking that seriously enough,” said Nicole Agard, who organized the protest. “We can’t leave these reports uninvestigated and leave children in the hands of their abusers.”

DCF is required to release records when child abuse results in a fatality, according to a 2018 law. DCF spokesman Mike Deines said the department is still determining whether Olivia died of abuse or neglect.

The protesters gathered outside the DCF office in Wyandotte County before marching to the nearby county courthouse. Agard, who is a mother of one, said she was moved to action when she heard of Olivia’s case.

“These children are being tortured, abused and neglected, but our hands are tied,” Agard said. “We’re supposed to call local law enforcement and DCF when we need help, but the community is not receiving that help.”

Protester Brooke Wyrick said she came out in the rain because she was fed up with how long the investigation was taking and called for the resignation or firing of DCF regional director Shanelle Dupree.

“Too many children have died under her watch,” Wyrick said. “Now we are forced to relive our traumas of past failures like that of Adrian Jones.”

Jones was tortured and killed by his parents in a highly publicized 2015 case that also earned DCF significant criticism.

Release of Olivia Jansen’s DCF record was the group’s first demand, but their ultimate goal is the passage of Adrian’s Law, a bill that would require a court-appointed representative from DCF to visually observe any child who is allegedly at risk of abuse or neglect. The representative would oversee the case for its duration, speak in the sole interest of that child in court and prevent any child from slipping through the cracks.

The law has been introduced but stalled in the Kansas legislature three years in a row.

“These are the types of laws we need to ensure children’s safety and to bring justice to those we’ve lost. We need safeguards for this type of situation,” said Laura Singer, who said she attended to bring awareness to the proposed law.

Agard said if anything comes of Wednesday’s protest, she hoped it provides an opportunity to strategize on how to advance Adrian’s Law.

“Olivia’s death could have been prevented if there was a follow-up system in place,” Agard said. “It’s clear the system isn’t going to change, so we need to make sure it changes.”

Kansas Reflector is a nonprofit news operation providing in-depth reporting, diverse opinions and daily coverage of state government and politics. This public service is free to readers and other news outlets.

This is Shanelle and Mark Dupree in the news again, the GAL in our false police report CINC case, earned but never recieved reintegration, followed by an illegal no contact order and a private phone call between Shanelle Dupree and Judge Gyllenborg. They committed atrocities against my children and failed to protect them from abuse. I have the documents and evidence of their illegal activities in my case if the press wants it. Please contact me at Shelly Nichols bestbirths@gmail.com (913) 956-9105 Thank you for listening.