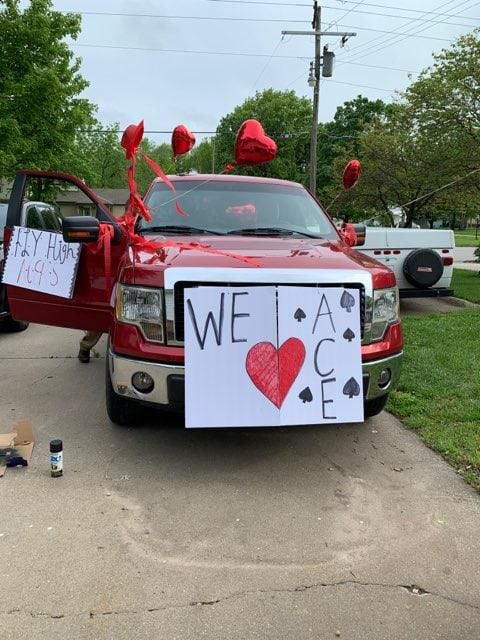 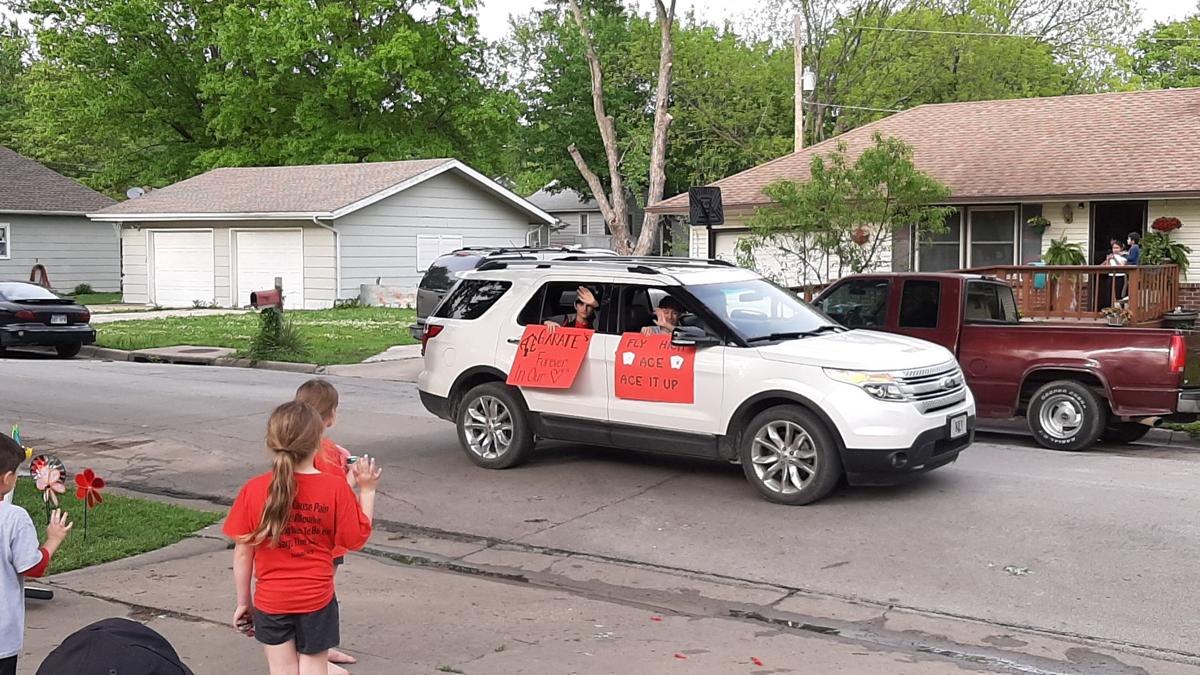 Cars parade past the Garate family’s house Friday evening on the anniversary of Ace Garate’s death. 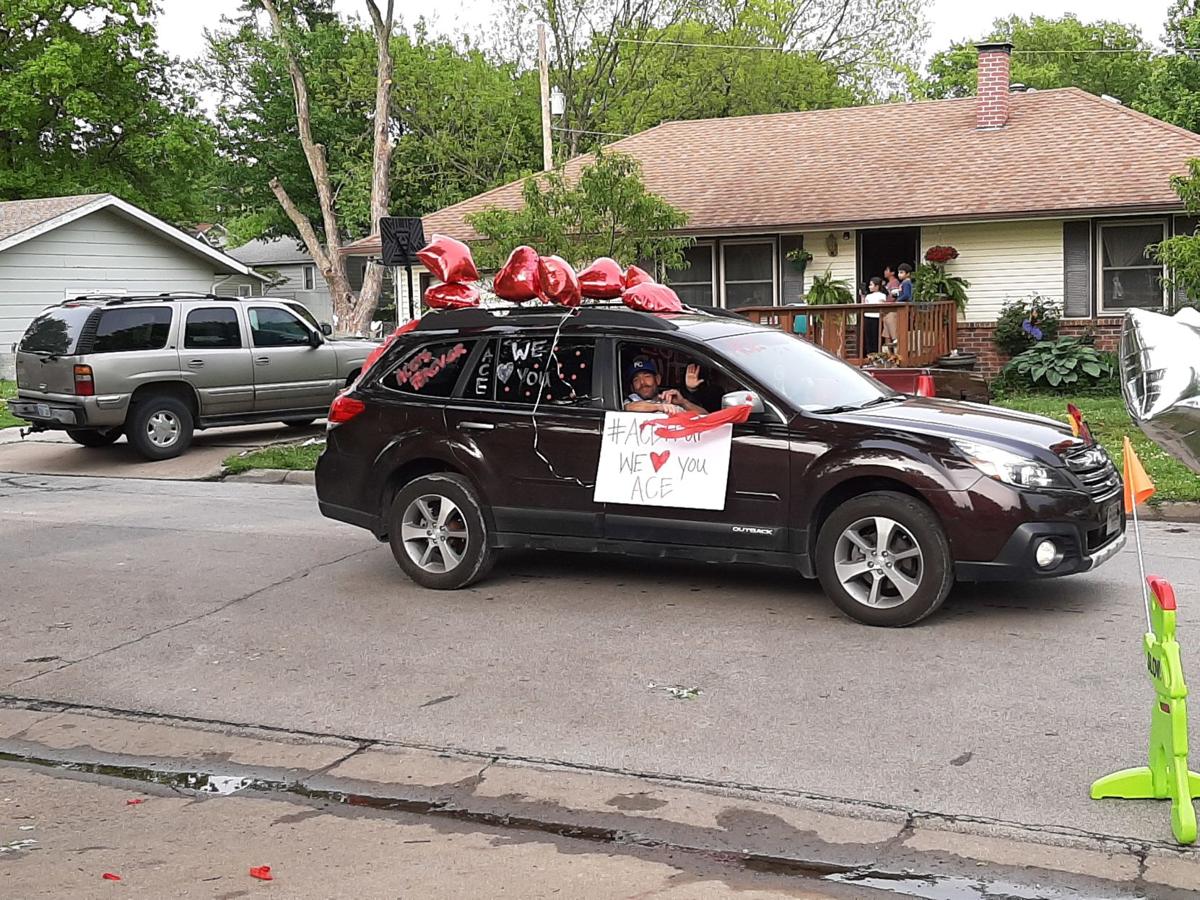 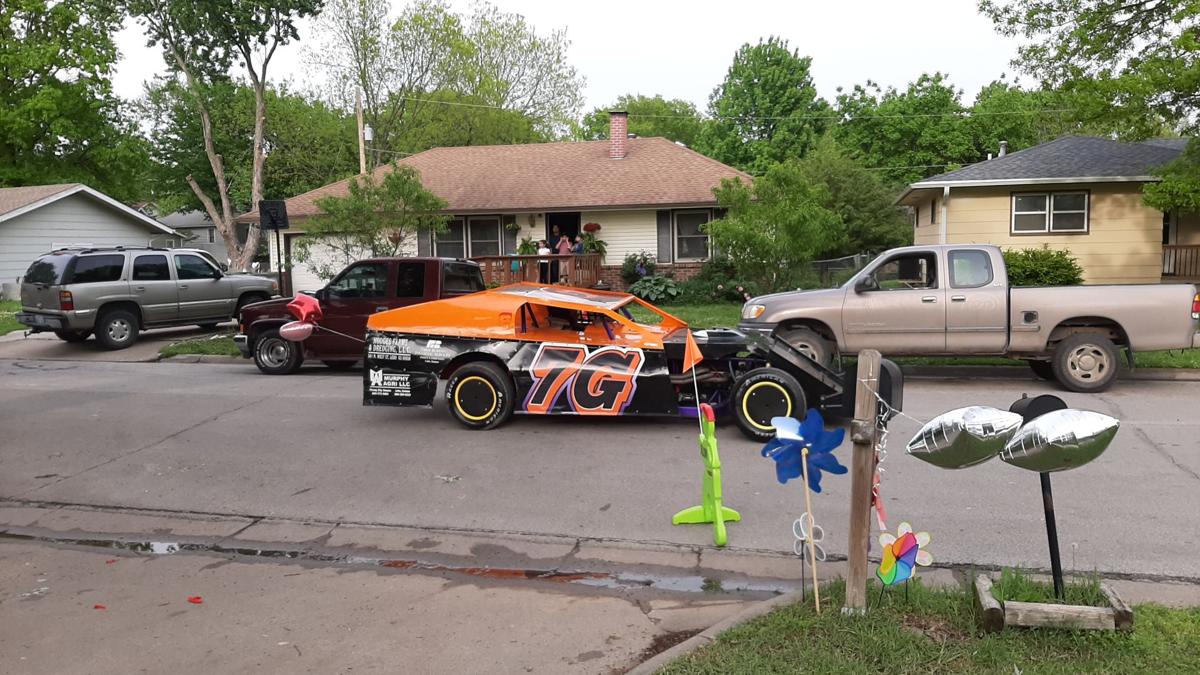 A stock car closes out the parade Friday evening. 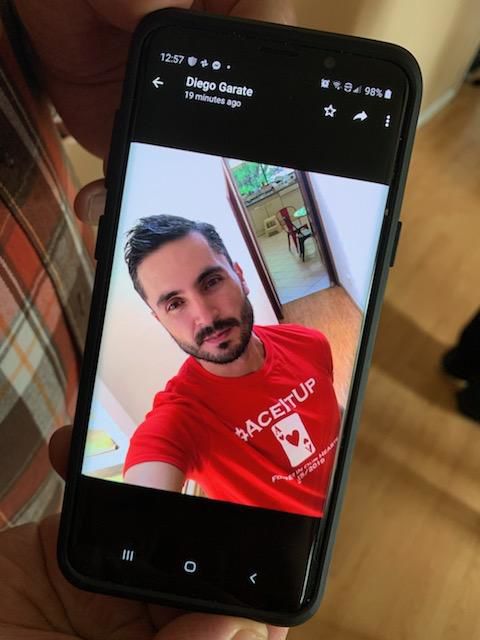 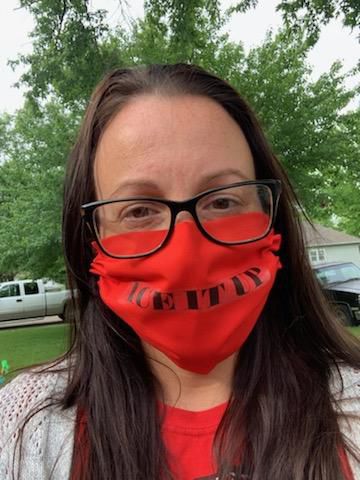 Amy Garate wears an “Ace It Up” face mask.

Cars parade past the Garate family’s house Friday evening on the anniversary of Ace Garate’s death.

A stock car closes out the parade Friday evening.

Amy Garate wears an “Ace It Up” face mask.

A quiet residential street on the west side of Emporia was the site of a special parade on Friday night, honoring Ace Garate and his family.

Ace died in a car accident on May 15, 2019, a few days before he would have completed seventh grade at Emporia Middle School.

The outpouring of grief and support that followed was evidence of the impact Ace made during his life. His family launched the AceItUp Foundation in his memory, dedicated to “going above and beyond” in doing good deeds. Managed by the Emporia Community Foundation, AceItUp has several events and initiatives in development for once pandemic restrictions are lifted.

With the first anniversary of the fatal accident recently passing, friends of the Garate family wanted to do a good deed on what promised to be an emotional day.

The added challenge of organizing a surprise that also observed the need to maintain social distance had Carter and other organizers brainstorming ideas before landing on a parade.

On Friday evening, about 50 cars decorated with signs, balloons and streamers in Ace’s favorite color — red — and filled with more than 100 people waving and shouting words of love and encouragement paraded past the Garate home.

“We were so surprised [by the parade],” Amy Garate, Ace’s mother, said. “Everything that everybody has already done for us, and they’re still doing things like this for us. I know God had His hand in it. The day started out sad like you’d expect the one year anniversary to be, and this very much turned the day around. We ended up celebrating instead of grieving.”

Friends and family members had gathered in the front yard, decorated with pinwheels and balloons, for a semi-open house. Family from Ecuador joined via Zoom, watching the surprise parade from thousands of miles away.

Wearing masks, taking temperatures and liberally applying hand sanitizer, it was a different gathering than they are used to, but a much-needed time of community.

“It’s definitely been a hard year,” Garate said. “Quarantine has made things heavier for everybody. The last couple of weeks for me, I’ve been hurting physically because you can’t get out and do stuff. You forget what works. I have to get out of my own head and hand it over to God. He always makes things better and the community has been right there with us the whole time.”

Delivering one more surprise, family friend and professional race car driver Krew Walburn recruited two of his friends to conclude the parade by roaring by in their stock cars. Ace liked to hang out with his older brother, Ethan, while he and Walburn worked on cars.

“I don’t know how to show my gratitude,” Garate said. “We’re just so grateful that we were able to see our family and friends in spite of the social distancing. This meant so much to all of us.”

“We wanted to keep them surrounded with love by doing something joyous to keep them in good spirits on a day we knew would be difficult."