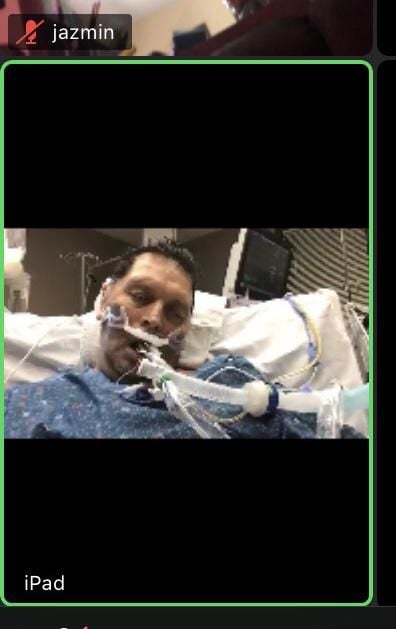 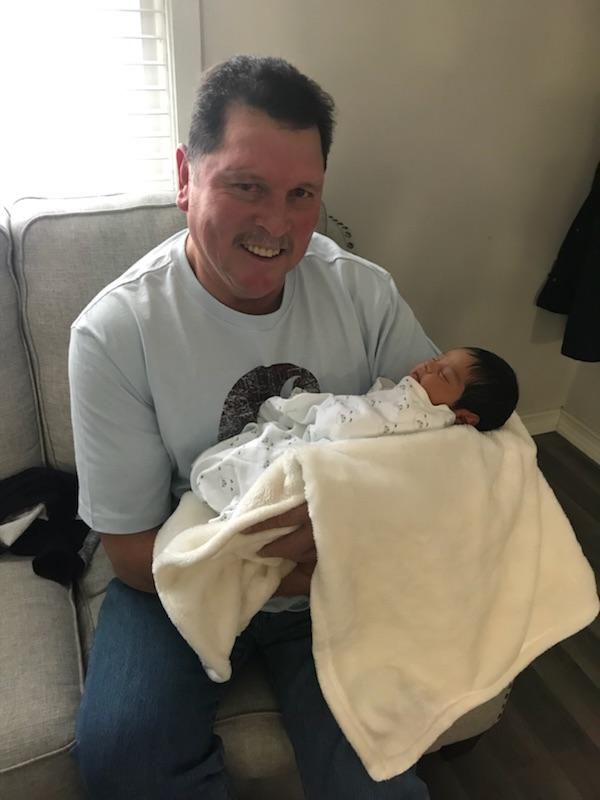 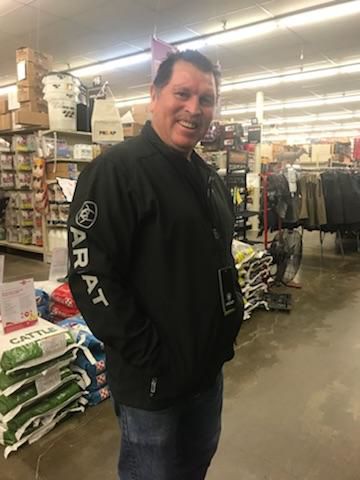 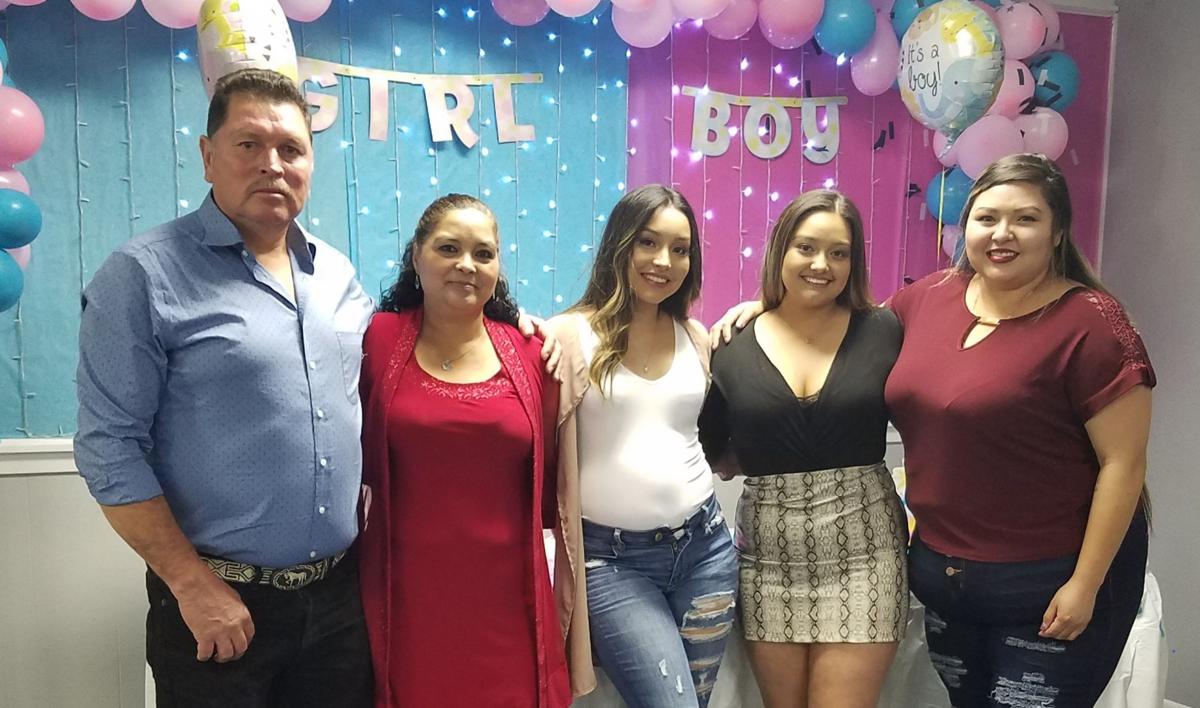 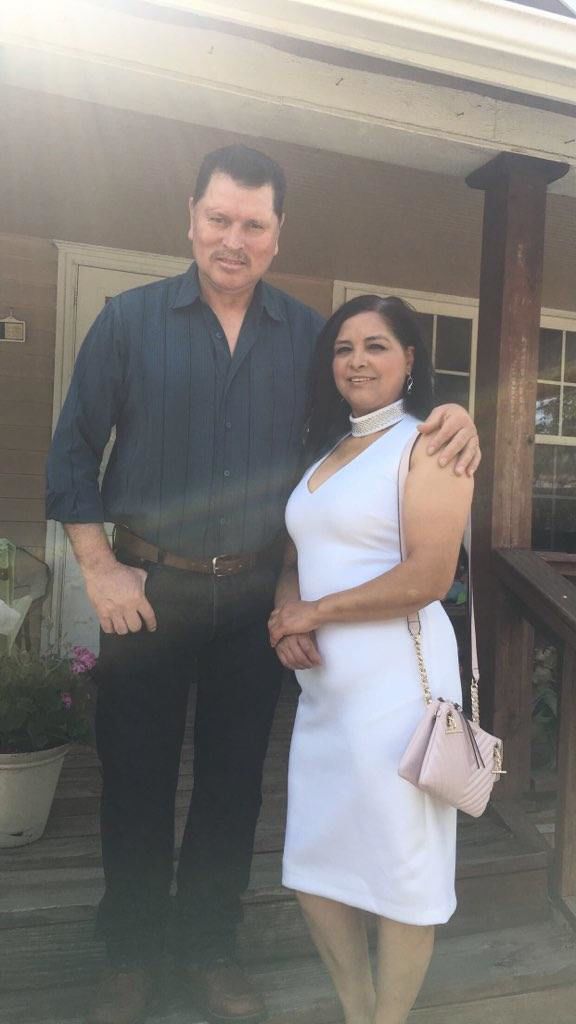 Another Emporia family is asking for help as a family member remains hospitalized after contracting the novel coronavirus at Tyson Foods last month.

Heriberto Gutierrez, 52, is described as a hard worker, someone who is always available to when someone needs some help. He’s been employed at Tyson for more than 20 years, somewhere he’s always been proud to work.

“He’s always available for others, to help them whichever way they need,” Irene Gutierrez, Heriberto’s wife of 27 years, said.

Heriberto, who was diagnosed with COVID-19 about nine days before he was hospitalized, has been a patient at Stormont Vail in Topeka since May 3.

“He had been diagnosed before that and he had shown some symptoms — a little bit of coughing, a fever,” Jessica Gutierrez, one of Heriberto’s three daughters, said. “He was fatigued, but the night before my mom was saying that she thought that he was pretty much getting over it. She thought he was getting better. The next morning, it was just all of the sudden too much for his body. It just hit him all at once.”

No one else in the family became symptomatic with the virus.

That morning, Heriberto — who has diabetes and high blood pressure — woke up feeling confused with extreme shortness of breath. He was so weak, he was unable to stand even with assistance to get to the car.

“They called 911 around 10 a.m. and by 12:30 p.m. he was already in Topeka,” Viviana Gutierrez, Heriberto’s eldest daughter, said. “They had him up there the same day, just a couple of hours later.”

Heriberto has required both a ventilator and feeding tube since he was admitted to the hospital four weeks ago. His family believes his symptoms were worsened by his preexisting conditions.

“As tough as it was for us that day, it was my sister [Jazmin] and my mom that were here with him when the ambulance came and he asked my little sister, ‘Aren’t you coming with me?’” Jessica said. “You could just see the sadness in his face where he knew he was going to be alone. As tough as it is for us, I’m sure it’s just as difficult for him. ... We are a very close family and we do rely a lot on each other.”

The separation extended separation has been difficult for the Gutierrez family, a tight-knit group that had already been practicing social distancing prior to Heriberto’s diagnosis. Jessica had recently given birth to the family’s first grandchild — a little boy named Sebastian. Although Heriberto did get to meet his grandson before the pandemic came to Emporia, the family had made the choice to stay apart to keep the infant safe.

Heriberto has now received two negative COVID-19 tests, meaning the virus is no longer present in his system. But, because of all of the damage the virus has done to his body, the recovery has been a slow process.

Doctors performed a tracheostomy on Heriberto to lessen the stress on his body from the ventilator. A percutaneous endoscopic gastrostomy was also performed, inserting a tube directly into his stomach for nutrition.

Heriberto has been slowly eased out of sedation, but his anxiety piques as he becomes more aware of his surroundings.

“When they take him off sedation he starts to get anxious and then he requires more oxygen,” Jessica said. “He freaks out about where he is and it’s kind of a little rollercoaster every time they take him off of that sedation.”

His family believes part of the issue there is a language barrier; Heriberto and Irene both speak Spanish with very minimal English skills. They aren’t sure if Stormont Vail has been able to bring a Spanish-speaking nurse in to speak to Heriberto while he is semi-aware of his surroundings.

“I’m sure the nurses try their best, but I don’t think they’ve had a Spanish-speaking nurse talk to him,” Viviana said. “That’s something we’re really trying to do, to explain where he’s at and what’s happening and that he’s going to be OK. When he does start to wake up he’s all by himself, with all sorts of things connect to him. It’s got to be scary.”

And, Heriberto will not get to come home right away, even when he is finally released from the hospital.

While he is slowly healing, Viviana said her father will require treatment in a longterm recovery center in either Kansas City or Wichita once he is released from the hospital. He will require assistance to re-learn how to breathe and eat on his own again. He will need physical therapy to help him rebuild some of the muscle mass that he’s lost in the weeks he has been intubated.

Financially, the family is struggling through the ordeal.

Irene also works at Tyson and was granted three weeks of paid time off after Heriberto’s diagnosis. It was also suggested she take more time off on top of that if she needed to while her husband was recuperating. That time off, however, would be unpaid.

Viviana said the family has applied for Heriberto’s short-term disability policy, but there is a limit to how much it will pay once it is approved.

“Ambulance rides are pricey and there were two of them; one from our home to Newman and then another to Topeka,” Viviana said. “He’s been in the ICU for three weeks. It’s going to be pricey.”

The loss of income combined with the coming medical bills prompted the family to start a fundraiser. To date, the family has raised a little more than $12,500.

“It was a very tough decision to even post that on Facebook,” Viviana said. “To go on Facebook and ask for help from community members — that was so hard on us. It was an ongoing conversation for awhile before we posted it. I think we were hopeful that he wouldn’t be in the hospital for this long. Going on four weeks now, this virus has really affected his lungs and his respiration is just not where it needs to be.”

The Gutierrez family asked that the community continue to take the virus as the state begins to reopen.

“My mom wants people to take it seriously, if not for themselves then for others around them,” Viviana said. “You don’t know if it’s going to hit you mild, or if you are going to end up in the hospital for weeks. You don’t know. You could end up in an ICU for sometime, because what, you didn’t want to wear a mask? Why not do a preventative measure if possible?”

The family is grateful for the assistance they have received so far. To make a donation, visit www.facebook.com/donate/183961526194651/26