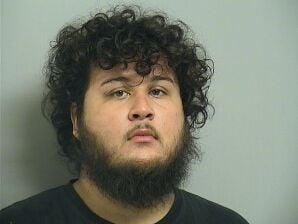 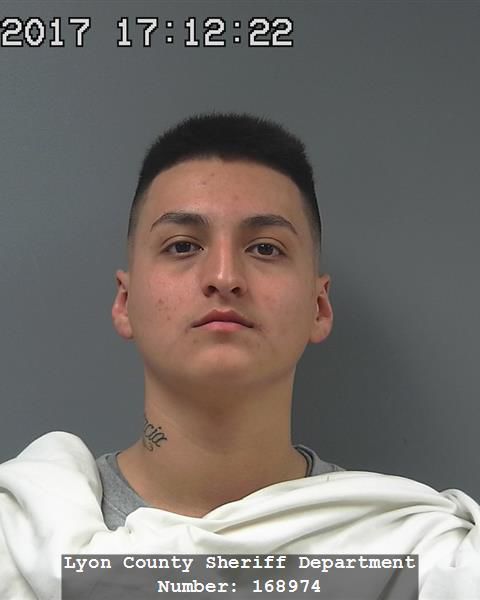 The Lyon County Attorney’s office plans to call more witnesses Wednesday in the killing of Jesus Avila, after a second accused murderer testified against other defendants Tuesday.

A.J. Granado, 22, told a preliminary hearing that Avila bought and sold drugs in the days before he was shot in September 2017. But trouble developed between Avila and Samuel Garcia.

“Sammy had mentioned that he was going to kill Jesus,” Granado told Assistant District Attorney Amy Aranda. “They apparently found out that Jesus was a snitch.”

At one point, Garcia showed his friends a .22-caliber weapon as he talked about committing murder.

“He was dumb, and we didn’t believe him,” Granado said during his 90 minutes on the witness stand. The group thought he was “talking just to talk.”

Yet Granado and the others went to a shooting range on Tuesday, Sept. 5, 2017. He admitted skipping high school on the day after Labor Day.

“I thought we would shoot something or light something on fire,” Granado said. “I didn’t think Sammy would do something like that.”

Granado admitted he drove the getaway car that left the area of Sacred Heart Cemetery after Avila was shot Tuesday, Sept. 5, 2017. He and fellow defendants Alan Alanis, 20, Jovan Pecina, 20, Jordy Cornejo-Campoverde, 22, and Armando Nunez, 21, reached the spot, then watched Avila and Garcia pass them.

Nunez, Granado’s cousin, was “kind of shocked” when he was told Avila would die, Granado said. Other testimony at the hearing suggests Avila was shot twice in the head before his car was set on fire.

Garcia is considered the gunman. Granado said Garcia used Alanis’s gas can to pour fuel on Avila’s Nissan before torching it. But first, the group divided items in Avila’s trunk.

“I want the speaker,” Granado recalled Nunez saying. He added that Garcia verbally claimed an AK-47 rifle, but he never saw Garcia remove it.

As the group drove away from the flaming car, Granado said only Garcia was talking.

“I can’t believe I did that,” Granado quoted Garcia as saying. Then Garcia became quiet, perhaps joining the group’s “state of shock” over what happened.

Garcia is already in prison, serving a six-year sentence for another crime two months after Avila was killed.

The preliminary hearing is for Cornejo-Campoverde and Nunez. Granado was supposed to be a defendant in the hearing, but prosecutors told The Gazette Monday that he had waived his right to a hearing.

During the afternoon session, Emporia Police detective Kevin Shireman discussed a meeting with Cornejo-Campoverde three months after Avila died. It led to several more interviews, one of them on the day of the defendant’s arrest last August.

In one conversation, Cornejo-Campoverde related to Shireman several events around that deadly day in 2017.

Then Garcia sent a text message to Granado on the way to a shooting range: “It is done.”

After the suspects returned to Emporia, they burned clothing on a barbecue grill and showered in urine, Shireman said. Cornejo-Campoverde presumed the reason was to destroy evidence.

A friend of Cornejo-Campoverde also testified Tuesday. Jazmine Guevara said the two went for a drive outside Emporia on Road K after a Halloween party, and she came back with a wrapped gun.

“I put the pinpoints together a couple of days later,” Guevara said. She realized the two “were both putting ourselves in danger, especially me... “I knew the kind of people he surrounded himself with.”

A Lyon County Sheriff’s Office detective later said Guevara eventually gave him two firearms in March 2018, including an AK-47. Travis Mishler told the court that Guevara led him to the place where she found one of them.

Guevara testified under immunity, and admitted under cross-examination that she’s lost a large part of her memory due to drug abuse.

Herrera said he saw nothing directly mentioning the killing. But he noted Nunez sent a message to Granado on the day of the shooting saying, “I got strep. Off.”

Herrera also mentioned one call where Alanis asked Cornejo-Campoverde for a borrowed gas tank after the killing.

The afternoon session included testimony from Avila’s grandmother. Speaking in Spanish, Maria Cornejo Garcia described a short phone call with Avila on the day he died. Avila told her he was going to work, and would see her the next day.

Velasquez, a friend and co-worker with Avila at Hopkins Manufacturing. Avila told him on the day of the killing that he “had to go somewhere.” Authorities later searched Velasquez’s home looking for evidence.

Avila was shot at Sacred Heart Cemetery? Is this true?