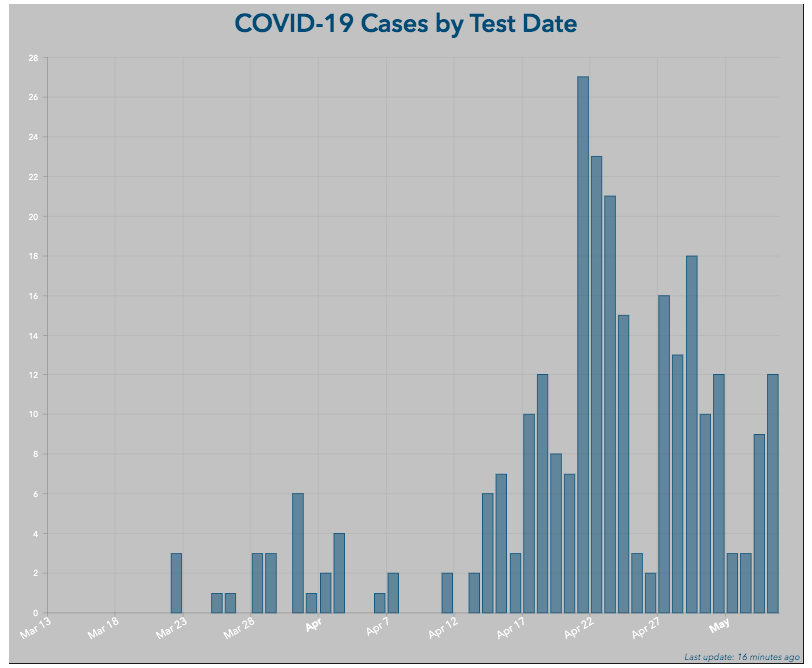 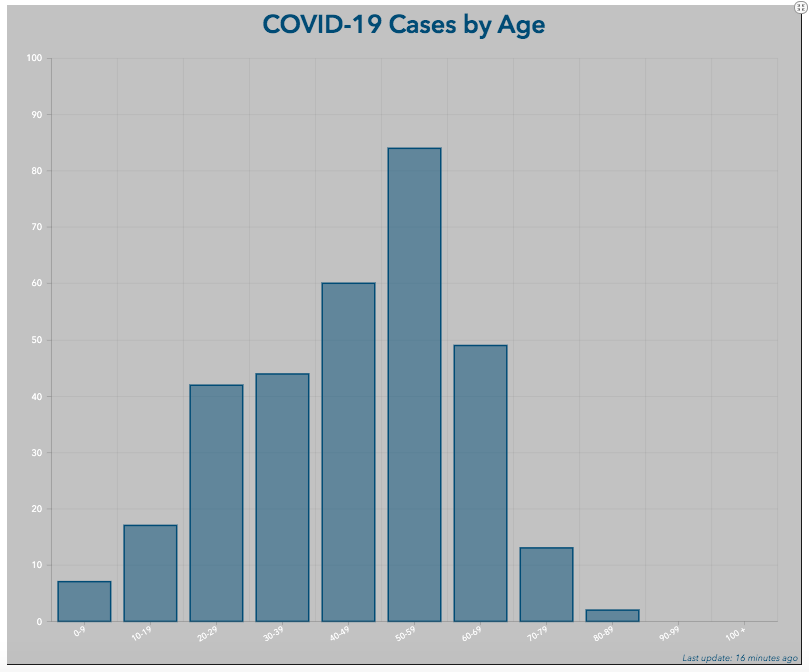 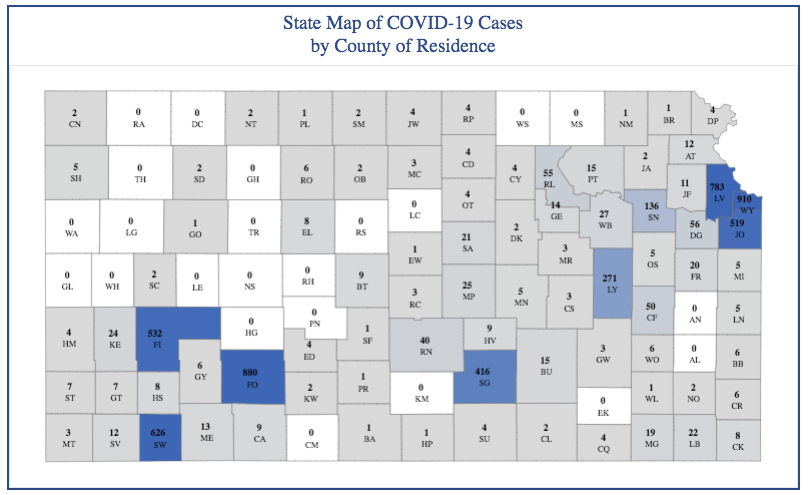 Lyon County remains one of the hardest hit counties in Kansas.

Lyon County remains one of the hardest hit counties in Kansas.

Lyon County Public Health reported more increases in both recoveries and infections after Tuesday’s round of COVID-19 testing was released Wednesday morning.

Of the 47 tests performed Tuesday, 13 were confirmed positive. One probable positive was also reported — meaning someone with close contact to someone with a confirmed case of COVID-19 is displaying symptoms but has not been tested themselves.

There have now been 321 cases of COVID-19 in Lyon County, with 150 cases currently active. There were 25 total recoveries reported Tuesday, bringing overall recoveries to 169.

Two deaths — both Caucasian women in their 70s — have been reported so far.

Public Information Officer Verlin Conkle said the health department uses the same standards for recoveries as the Kansas Department of Health and Environment — which bases its standards on the Centers for Disease Control.

Individuals who test positive for COVID-1i9 must be isolated for a minimum of 10 days after onset of symptoms. They can be released after being fever-free and feeling well — without fever-reducing medication — for at least 72 hours, whichever is longer.

Conkle said it was important to note that there was some lag time in reporting recoveries, as was the case with the first large wave of positive cases that hit the county several weeks ago.

“Now we are starting to see those recoveries,” he said. “Because we are dealing with so many active cases on a daily basis, the phone calls are being made, the information’s getting tracked down, but by the time it’s actually getting registered there’s a delay.”

That means the recoveries are not happening all at once as the data would indicate.

Conkle said the county’s latest positives are no longer related to one specific location. He said the health department will identify new clusters if and when they populate.

“We will release any of those that we find as new clusters are identified,” he said. “The purpose of releasing that information is to let the community know where it is at and to educate and introduce mitigate strategies to reduce outbreak. Because that has happened at all of the originally identified clusters, and at a couple of them, all of the individuals have already recovered, there was no need to keep reporting on them at this time.”

Conkle urged the community to be vigilant of social distancing guidelines and hand hygiene as the county moves toward reopening.

“Folks should be taking those precautions and wearing a mask, keeping up with social distancing and certainly continuing with keeping up with washing their hands,” he said.

Given that it's been reported our community has experienced two deaths from COVID-19, it's impossible that "There have now been 319 cases of COVID-19 in Lyon County, with 150 cases currently active. There were 25 total recoveries reported Tuesday, bringing overall recoveries to 169."

Are we sure there haven't been 321 cases of COVID-19 in Lyon County, with 150 cases currently active, 169 overall recoveries and 2 deaths?

Or perhaps there have been 319 cases of COVID-19 in Lyon County, with 150 cases currently active, 167 overall recoveries and 2 deaths?

There even could have been 319 cases of COVID-19 in Lyon County, with 148 cases currently active, 169 overall recoveries and 2 deaths.

In order for the mortality rate to be accurately calculated, reporting has to be taken more seriously. It's difficult to have confidence when such a simple calculation is consistently approached in what appears to be a slapdash and careless manner. We're better than this.

You're right — I misread the numbers on the chart as I was writing up the article. Thanks for pointing it out!

One more time: If you wearing a face mask, be aware that if you are out in public and need to adjust the mask, or put it off and on without sanitizing your hands, you risk contaminating your face, the number 1 thing you should be trying to avoid. That really concerns me about younger people also, the touching their face with the mask. Always consider the options after researching them for yourselves, there are two sides to every story especially when it comes to COVID 19. Steer clear of the politics, the giveaways that many salivate over and go with the science of the virus!