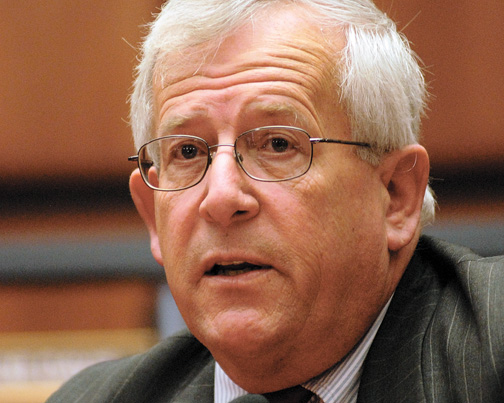 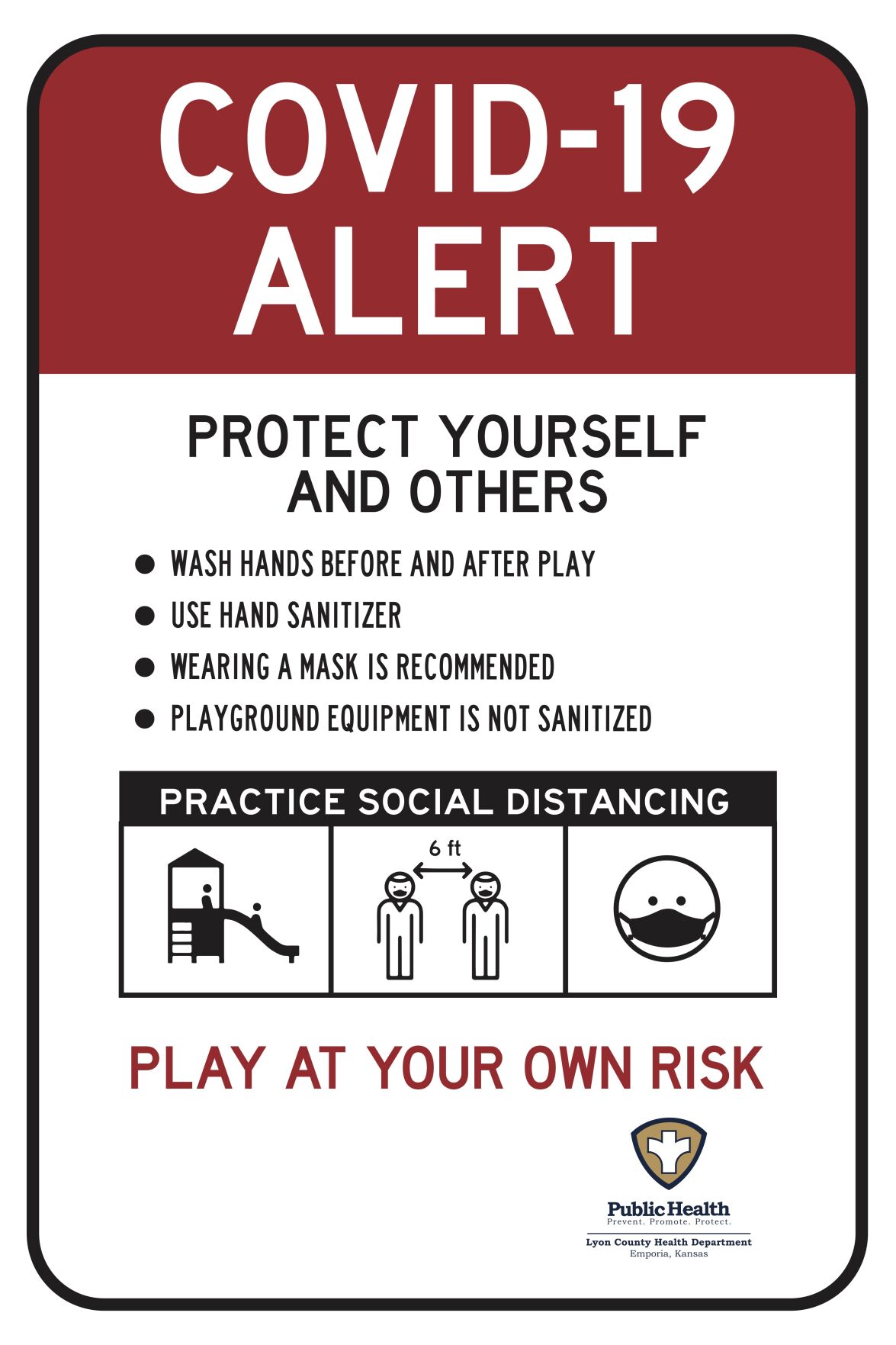 Lyon County commissioners signed a new public health order increasing the size of mass gatherings to 45 and setting provisions for businesses such as bars and nightclubs to open up with social distancing in place during a regularly-scheduled action session Thursday.

Barring additional changes on the state level, the new order, which is to be put into affect immediately, is set to run through July 9.

“Public or Mass Gatherings of more than 45 individuals are prohibited,” the updated order reads in part. “Large venues of more than 2000 person capacity shall remain closed. Fairs, festivals, carnivals, and parades are prohibited. For the purposes of this order the phrase "public or mass gathering” is defined as any planned or spontaneous, public or private event, or convening, in which individuals are in one location and are unable to maintain a 6-foot distance between individuals (not including individuals who reside together or are family) for periods longer than ten minutes.”

According to County Attorney Marc Goodman, the order’s mass gathering regulations should not apply in events of protest — such as Friday’s planned Black Lives Matter rally in Emporia — due to the right to protest being guaranteed by the Constitution. Goodman said he would be recommending local law enforcement agencies to allow the march to proceed as usual.

“There is no state order,” Goodman said. “This is a Lyon County order being adopted for Lyon County by Lyon County … If the governor puts in place a state plan that’s effective, say Friday, that state order would have priority over our local order if that’s what they choose. I’m not aware of any pending legislation that would take these decisions away from the counties, so right now, we’re operating under the theory that counties can still make their own decisions.”

For businesses and their owners, the document recommends that, “All businesses and locations should take proactive measures to ensure compliance with Recommended Business Practices as published by the Centers for Disease Control and industry specific guidance by trade groups. Nothing in this order shall be interpreted to require any business or location to open if they choose not to.”

“The two main things a health officer can do should really be made clear,” Goodman said. “One, is in how the officer deals with infected persons. That’s what you see with the quarantining part or piece. The second part I will stress is that he or she has the authority to regulate or control mass gatherings. He or she may request law enforcement to assist in enforcing that limit. As prosecutors, we look at it that if law enforcement is called to assist, they need to be able to ticket or cite every individual contributing to the more than 45 limit, including the people holding the event. Those are individual violations. It’s not unique to a business owner. If you choose to go to a place that has say 70 people in it right now, you’re technically in violation of criminal law.”

The move to Phase III comes after Wednesday’s study session during which commissioners spoke to Lyon County Health Officer Renee Hively on recommendations for a pathway forward. While in support of opening the economy, Hively warned of the possibility that increased social interaction could result in the prevalence of new COVID-19 clusters, specifically at local long-term care facilities. Additional bullet points for such facilities were included in the official document Thursday.

Speaking on the decision as whole, commissioners said they hoped the move to Phase III would be able to establish some sort of consistency for Lyon County residents over the next month. Still, each realized the possibility for additional regulations or altered timelines moving forward.

“Being involved in the county’s Road to Recovery committee, you talk to those small business owners and you hear a lot want to reopen the economy,” Commissioner Scott Briggs said. “That’s something you can definitely understand. [Public health officials] have done a great job in giving those guidelines and keeping us updated, and their sole job is to keep the public healthy and safe … They’ve been second-guessed many times, a lot of the times by me, but they operate in a different world than [commissioners] do … With this, I think we’re allowing the community to be able to do what they think they need to, and also giving them the guidelines they need to be safe in the process.”

In other business Thursday, commissioners also heard a bevy of fund appropriation requests from local organizations. Each will need to be separately reviewed and approved at a later action session, but the most current asks include:

“This is a Lyon County order being adopted for Lyon County by Lyon County … If the governor puts in place a state plan that’s effective, say Friday, that state order would have priority over our local order if that’s what they choose."

I'm somewhat surprised Marc Goodman didn't also mention that, in order for Renee Hively to have been appointed as the county's health officer in the first place, the law requires the commissioners to designate a doctor or dentist to act as a consultant and direct her on program and related medical and professional matters. This individual would have undoubtedly been in countless meetings with county emergency preparedness staff throughout the pandemic, and I'm sure it would increase the public's confidence greatly if the identity of the doctor or dentist who has been directing Hively were disclosed.

As do I. We can't stayed locked away forever. The original intention of the lockdowns was to make sure the hospitals were not overloaded with COVID 19 patients, and that hasn't been a problem except in a very few areas of the country, and let's face it, when people have to go to work and to shop, there is no way that a lockdown is really a lockdown thus constantly exposing people to any virus going around.

This is bull. The numbers and deaths still go up every day. Why are we not following what our Health Dept thinks . I think up to now they’ve done a great job. It’s not about medicine anymore. This is Herd Immunity.

Yes, it is very well herd immunity that may stop us from going through a second phase. Keep in mind that the reason for the lockdown was to slow the spread as they feared hospitals would become overloaded with COVID 19 patients even laying off workers and canceling important testing/surgery/treatment for others waiting for COVID 19 patients that just never showed up. Great job? Not really, look at the surrounding counties and other counties in Kansas, and we had more draconian "orders" than most of the others. The numbers infected and deaths have leveled off, and we are seeing the expected bell curve. Getting out in the sunshine and fresh air will do everyone's immune system good, and maybe the kids can be back in school in the fall. Life will return to normal, we just have to let it happen. Also, they are taking additional steps for care homes for the elderly, which I would think should be standard whenever any virus is circulating. The death rate is very low, 1/10 of a percent, and in line with the seasonal flu which doesn't cause near the panic. In NYC, 95% of the deaths were of people with serious underlying conditions, and even among the elderly, many had 2 or 3 serious health conditions before contracting COVID 19. Herd immunity is good. Building one's immune system is good. Many of the risk factors like obesity, smoking, taking illegal drugs, etc. are preventable. Life is about making choices, and the commission has made a good choice. The Commission is supposed to represent the will of the people.