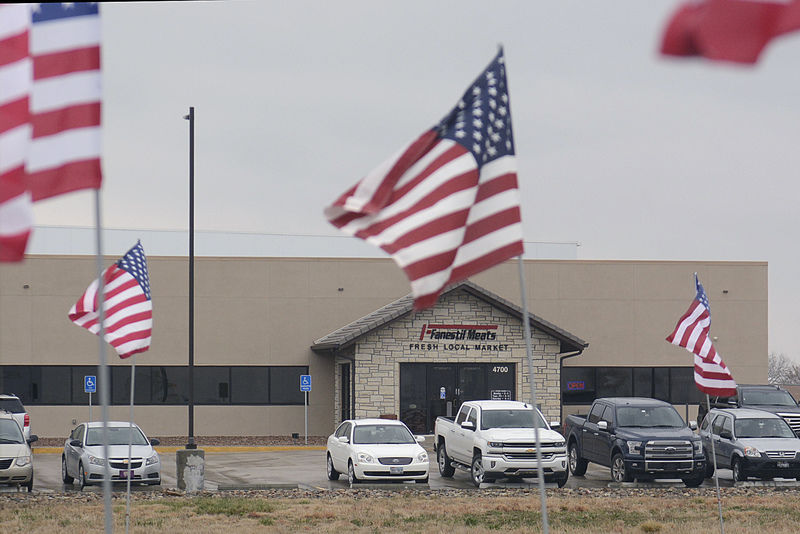 American flags decorate the outside of the Fanestil Meats retail store on West U.S. Highway 50 in March 2018 to help welcome US Small Business Administrator Linda McMahon and US Senator Jerry Moran. 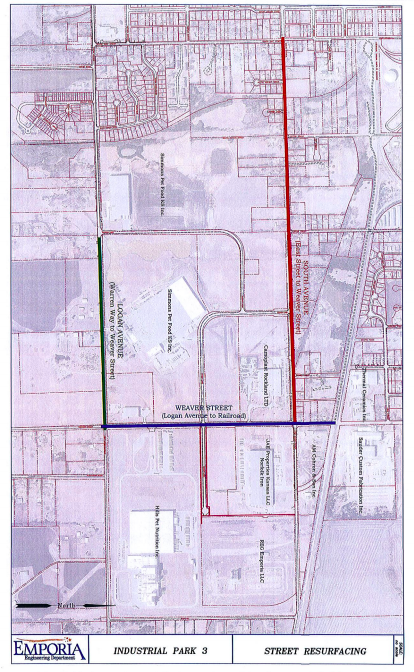 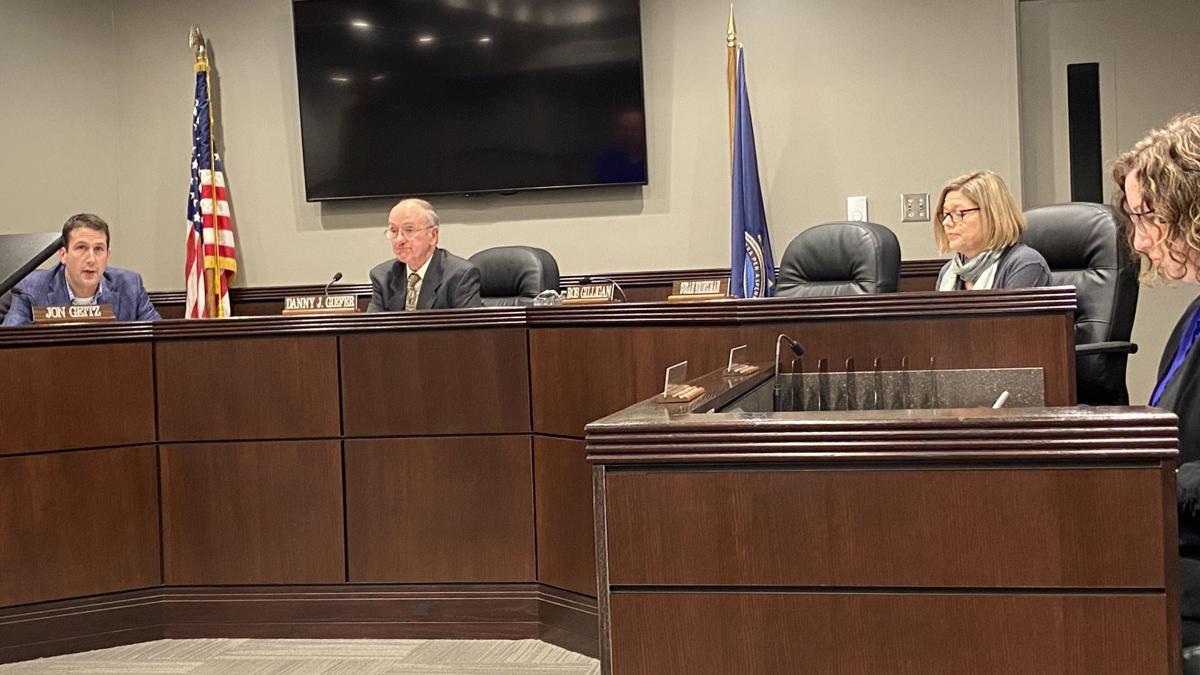 American flags decorate the outside of the Fanestil Meats retail store on West U.S. Highway 50 in March 2018 to help welcome US Small Business Administrator Linda McMahon and US Senator Jerry Moran.

The Emporia City Commission authorized a pre-disaster mitigation grant application on behalf of Fanestil Meats during an action session Wednesday night in the Municipal Courtroom.

The grant — administered by the Federal Emergency Management Agency — would assist the business in moving its processing plant operations — currently located at 1542 S. Hwy. 99 — away from the flood plain.

Fanestil owners Dan and Jan Smoots have been trying to re-locate the processing plant for the better part of a decade. In 2011, FEMA funding that had been awarded to re-locate the plant and turn the land back into a green space was terminated due to a clerical error.

“We applied for two grants this past year through the hazard mitigation grant program,” Kent Heermann, president of the Regional Development Association, said. “Unfortunately, there were more requests than there was money. This is another program that’s based more on the entire United States and it’s much more competitive.”

Heermann said the city and Fanestil shared in the cost of a benefit cost analysis study, which resulted in a score greater than one. That, he said, qualifies Fanestil to apply for the grant.

Heermann said the Smootses are moving forward with re-locating Fanestil’s processing plant to the same area where the Fanestil Meats Store — which opened in 2015 — is located at 4700 W. US-50.

“Their Phase 1 was to move out on W. Highway 50, and their plan is to move all the way out there,” he said. “They got a recommendation from the RDA to the city for performance-based incentives, and the city’s in the process of refining the incentive-compliance agreements.”

Heermann said those incentives are reliant on bank commitment letters, which he believes should be coming in the first quarter of the year.

“They could start constructing out there when spring breaks,” he said.

Should the grant be awarded, the city would take ownership of the approximately seven-acres of land on S. Highway 99. The land will be converted into a green space. The status of the application will not be known until Oct. or Nov. 2021.

Commissioners also approved a Kansas Department of Transportation Economic Development program grant application for a $700,000 project that would see improvements on portions of Logan and South avenues and Weaver Street that connect to Highway 99 and US Highway 50 near Industrial Park III.

The project is directly related to plans announced last year by Simmons Pet Food to consolidate its manufacturing operations from a plant in New Jersey to Emporia.

“More equipment will be moved in and there will be more people hired, so we thought this would be a good opportunity to leverage that capital investment and job creation to get some road improvements out in the Industrial Park III area,” Heermann said. “Some of the roads, like Weaver Street, are at least 25 years old. It needs to get a new overlay. South Avenue’s a little rough, so that needs to be fixed. Of course, Logan Avenue is worn away east from Weaver Street, so that’s what it’s all about.”

• Approved a contract with BG Consultants for the design of a water distribution model of the city’s potable water system, as discussed in last week’s study session. The cost of the model is $125,000.

It's their buddies on the council . Ones the good people of Emporia keep putting in office. They take care of their friends. Look around city big boys do special favors in name of helping the town. The new dept. Just created watch and see who it helps. If the city really wanted help the town stop doing special favors and get a large industry. People ask the city big shots why cities all around are getting industries and get fast foods!

Get in where you fit in Booker sounds like your butthurt !! This will definitely help Emporians and the surrounding communities!

Wealthy Trump supporter with their hand out for free government cheese? Who is against the poorer people getting any free cheese too? Whowouldathunkit?

Trump needs all the support he can get with radical socialism on the rise!!! Just look at Venezuela doctors and lawyers with degrees are dumster diving..... Thank God for Trump and thank God for small businesses!! They truly make this country great!!

Oh stop! This country has always been great and Capitalism has always been at the helm. Trump did not invent capitalism. He himself has filed bankruptcy six times, three of those during the recession of the 1990's which contributed to extremely hard times for those folks who lost jobs and contractors who never got paid. You people are always touting something you call "radical socialism." Why don't you contact your pay clerk and tell them you no longer want anything deducted from your pay for social security or medicare. Let's see how you get along when you're 65 and older. How about you? Saving any money at the grocery store lately? Those are small businesses. They helping you out any? Saving any money in a regular savings account? How's that 1% interest paying you? How's your 401 K? Did you invest enough for it to matter? And while you're thanking God, don't you think those doctors and lawyers in Venezuela do any praying? Why not invest in your local economy by taking a course in Economics at ESU. You might understand a thing or two about what you said here.

Yup, the words to that song made popular in the 1930's comes to mind. "The rich get rich and the poor get poorer."