You are the owner of this article.
Edit Article Add New Article
You have permission to edit this article.
Edit
Home
News
Sports
Obituaries
Area News
Print Edition
Magazines
Covid19
Classifieds
Subscribe
1 of 14 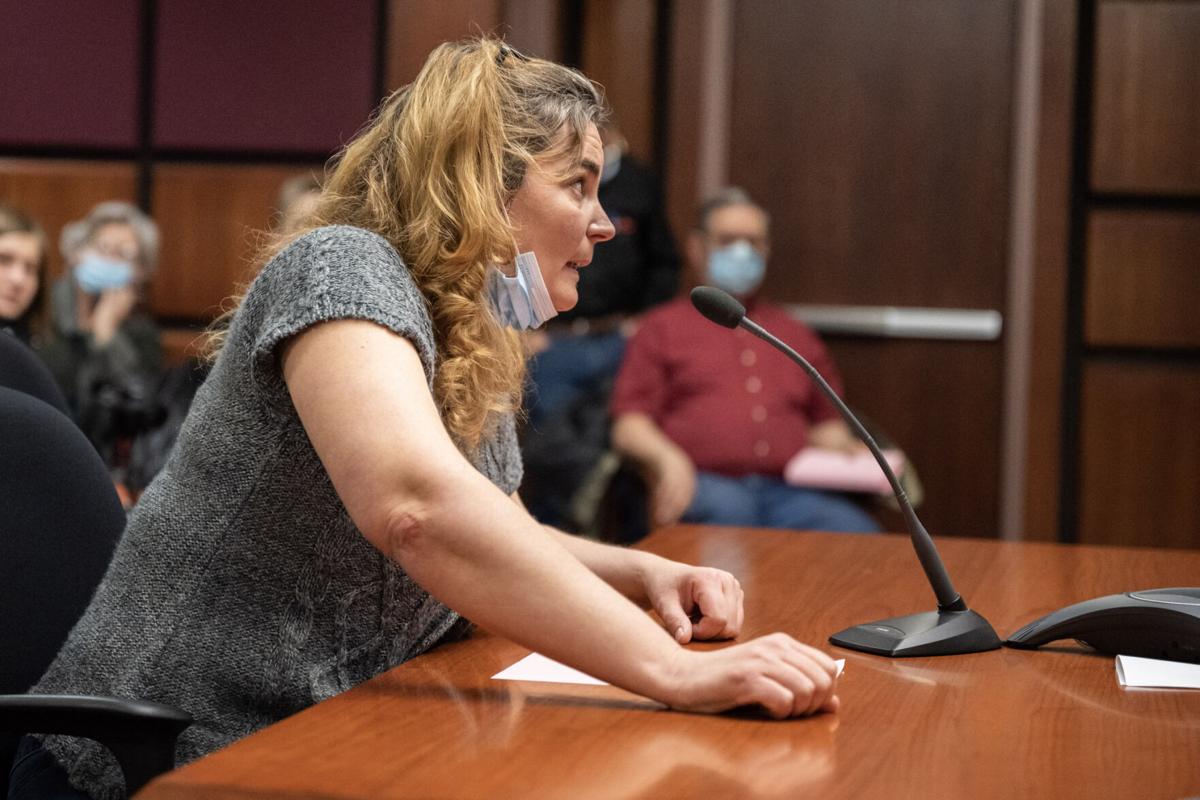 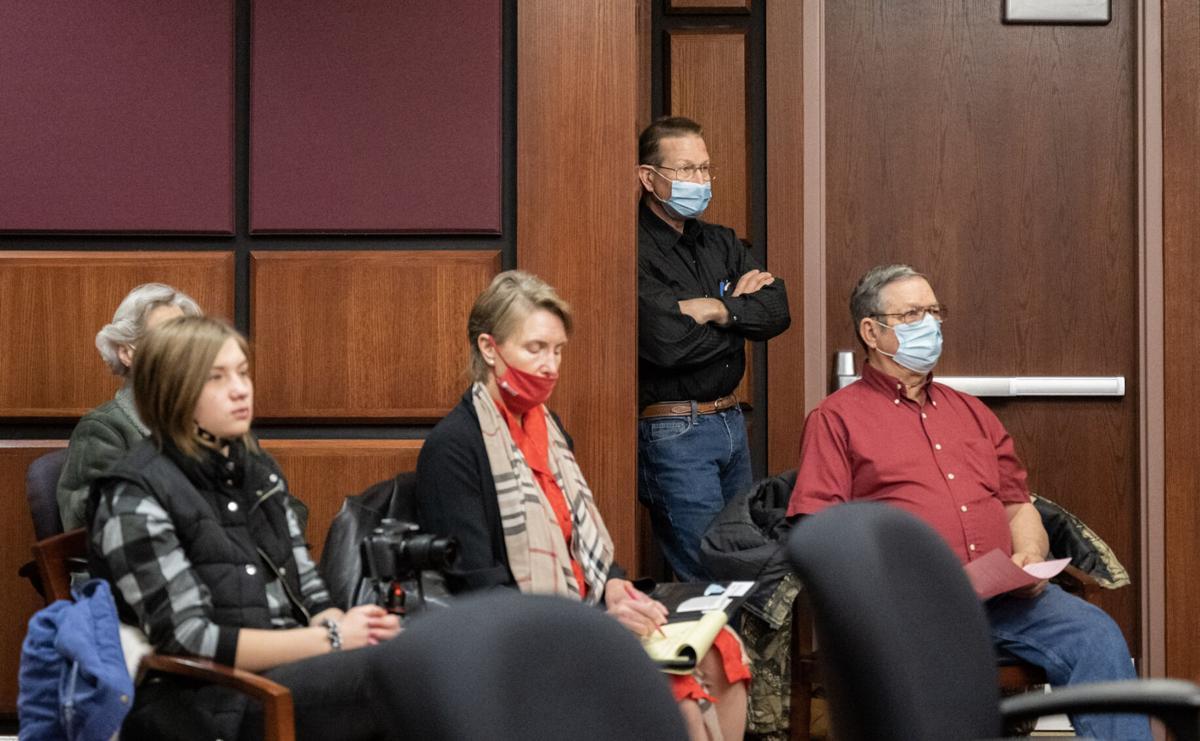 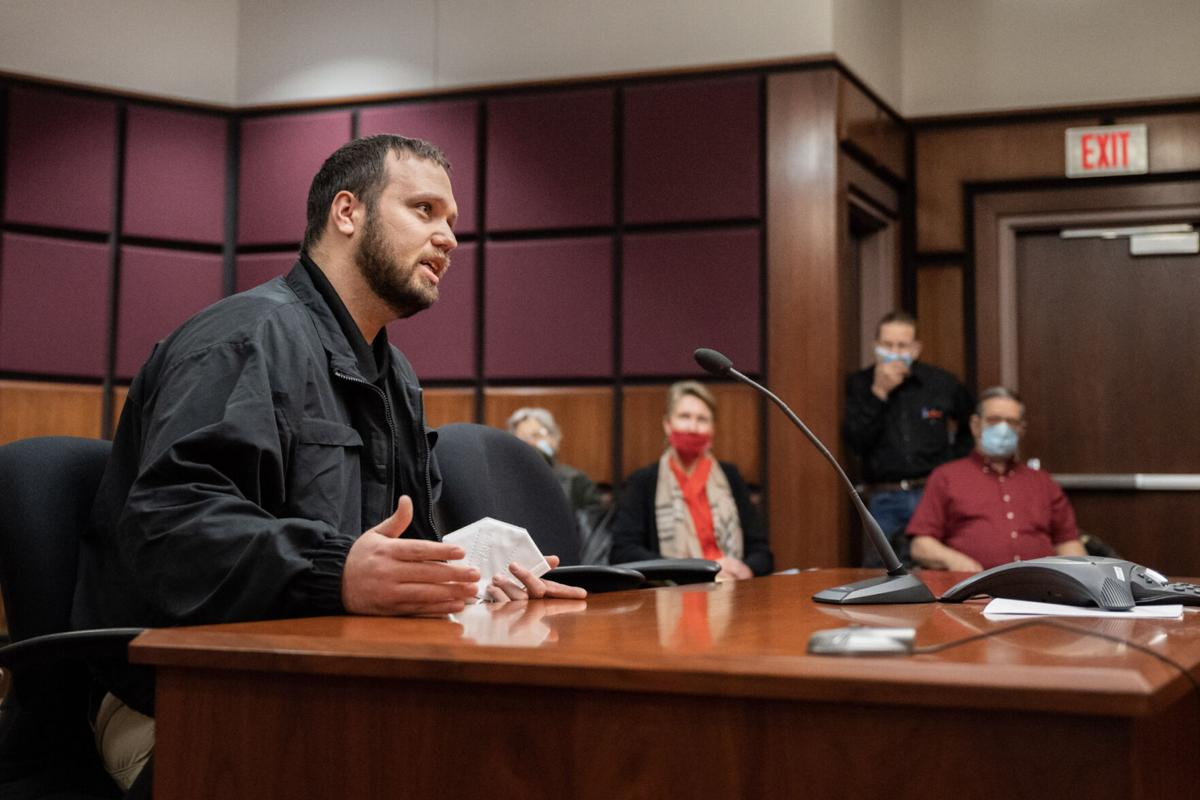 Michael Fruit tells Lyon County Commissioners he has concerns about raising children in the county due to new zoning regulations, Thursday morning. 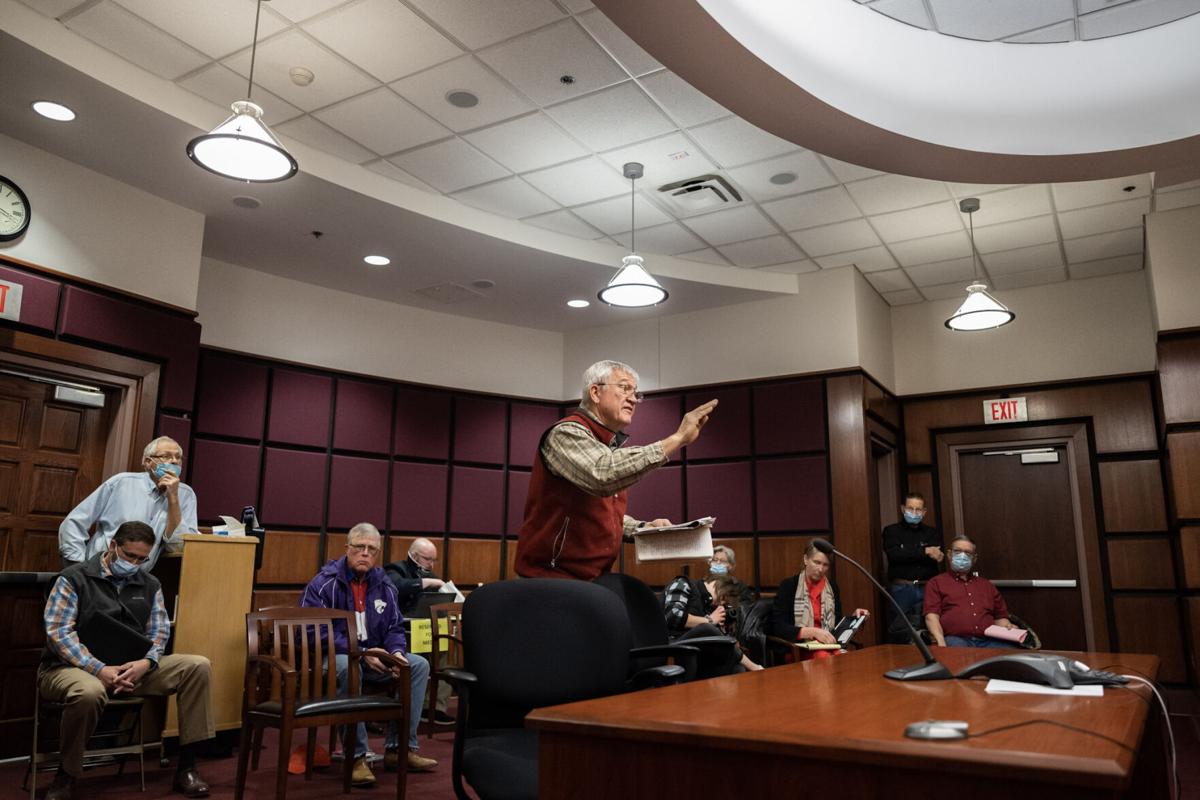 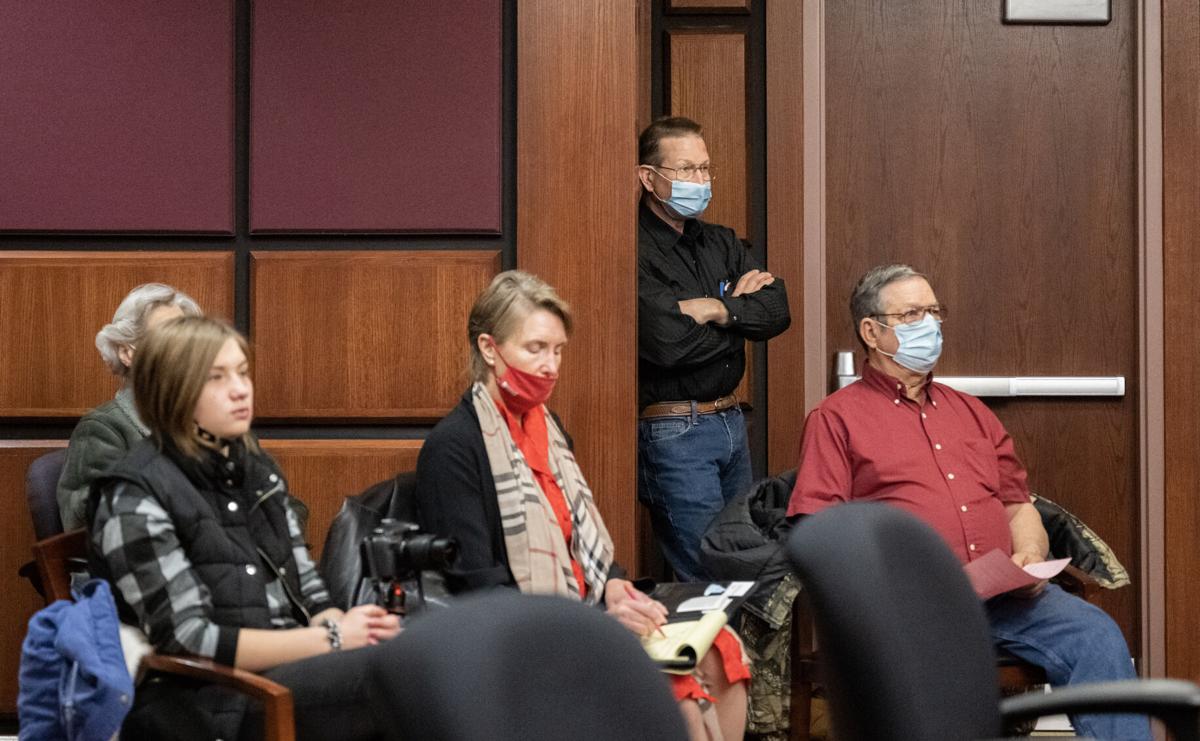 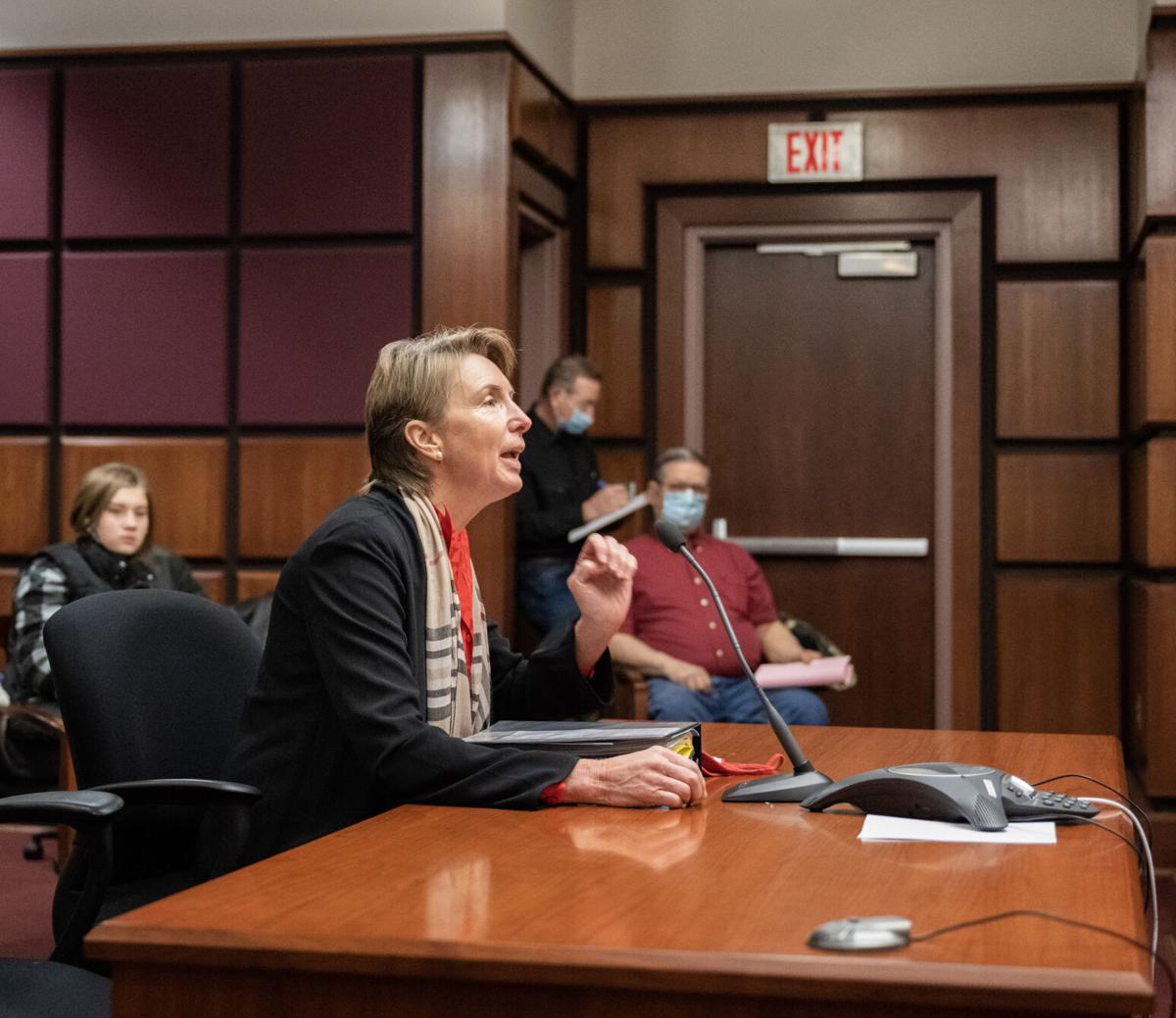 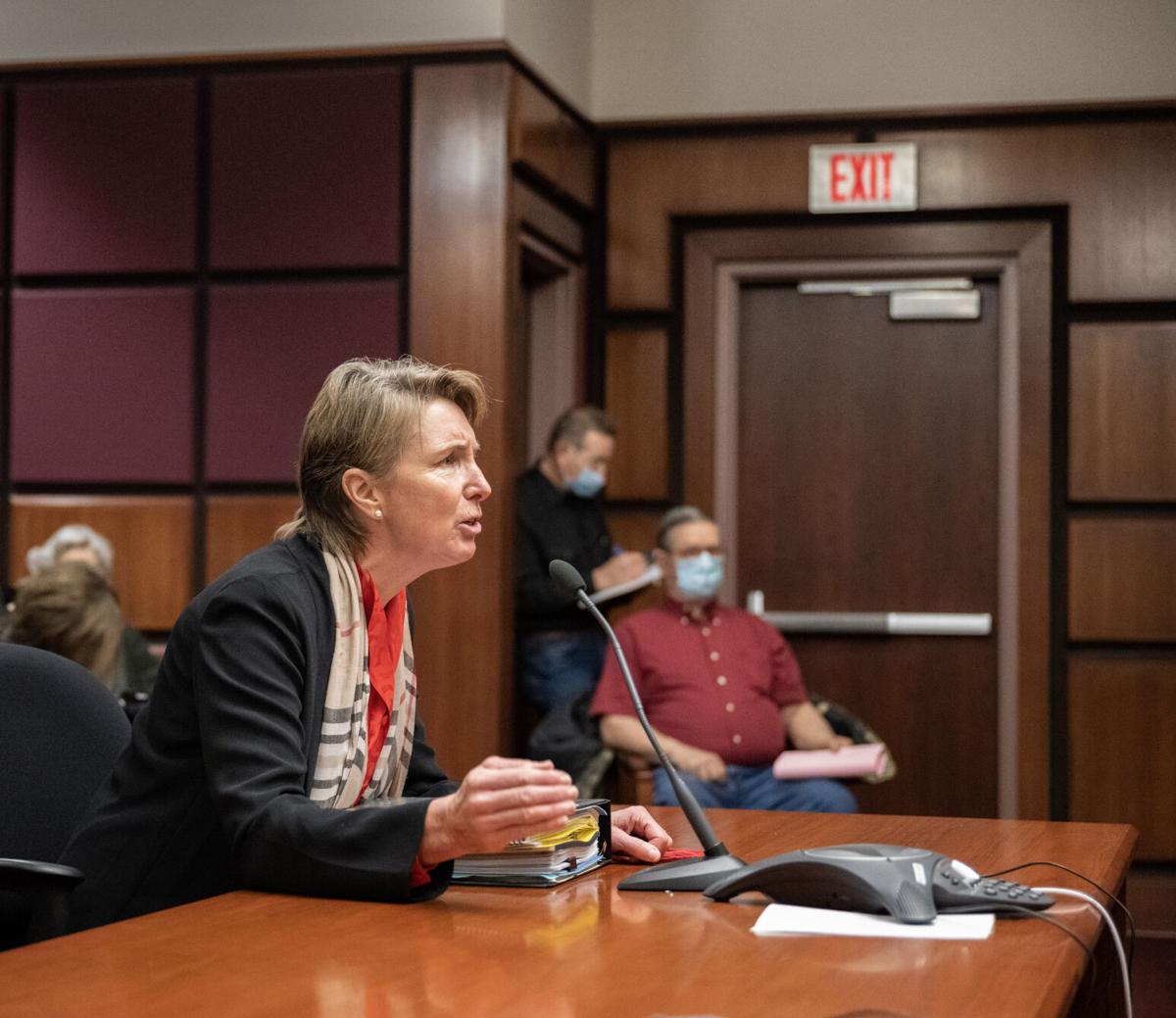 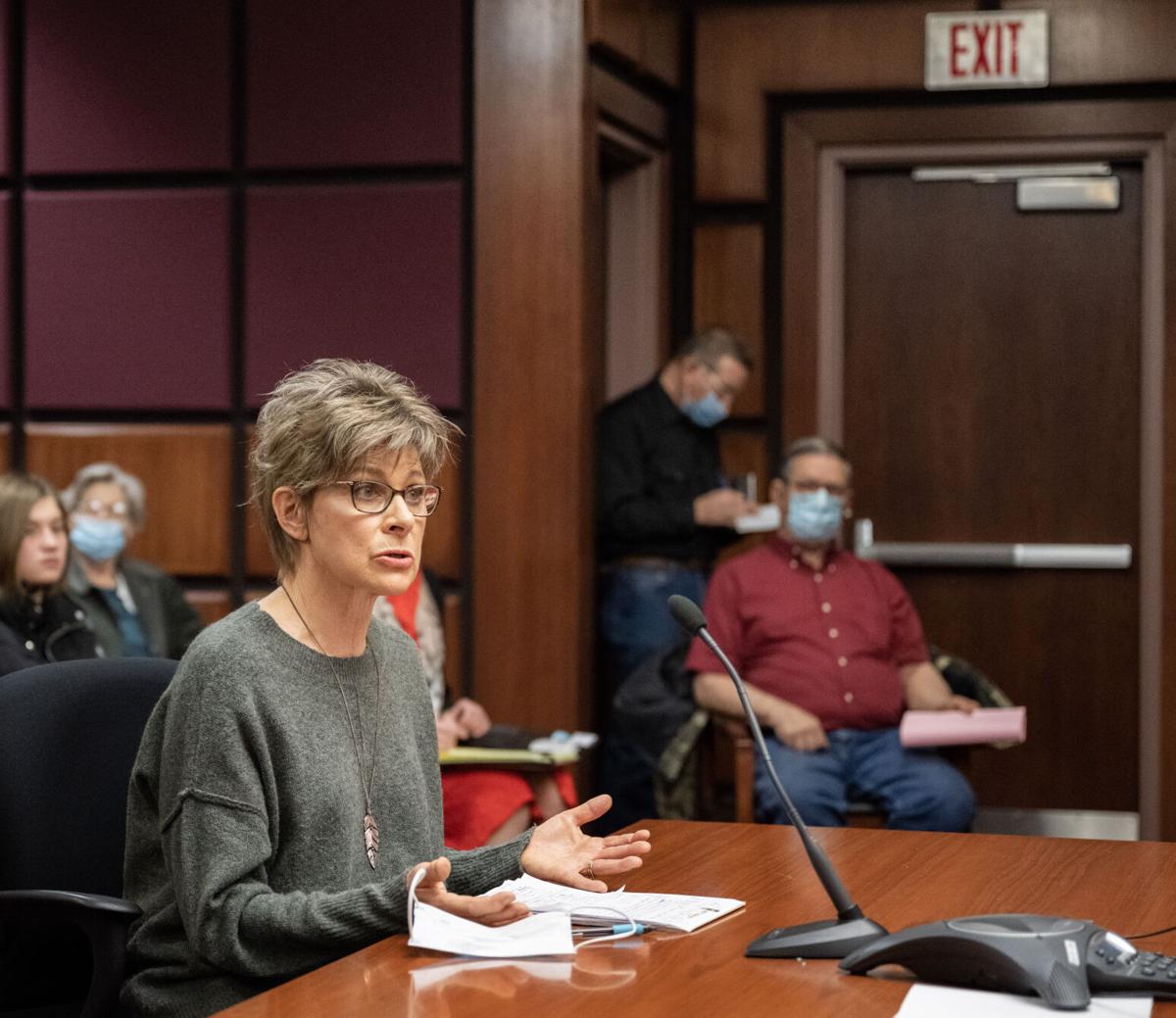 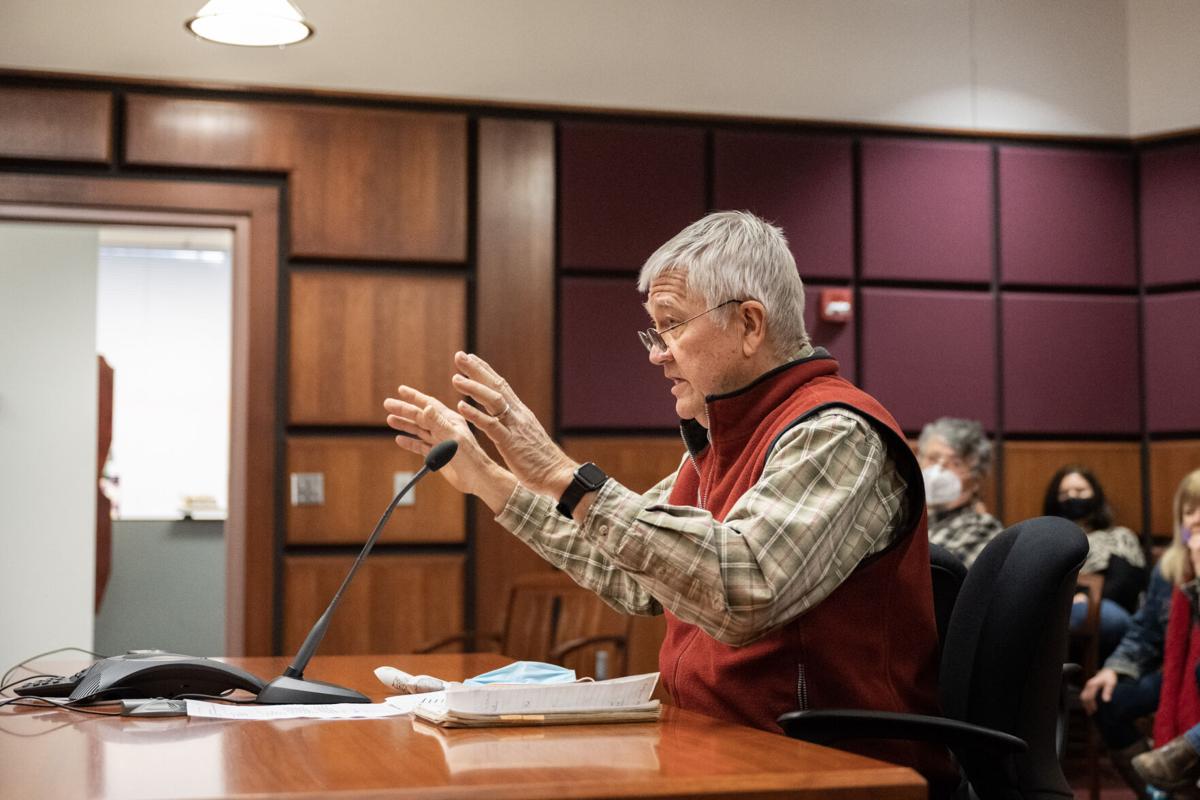 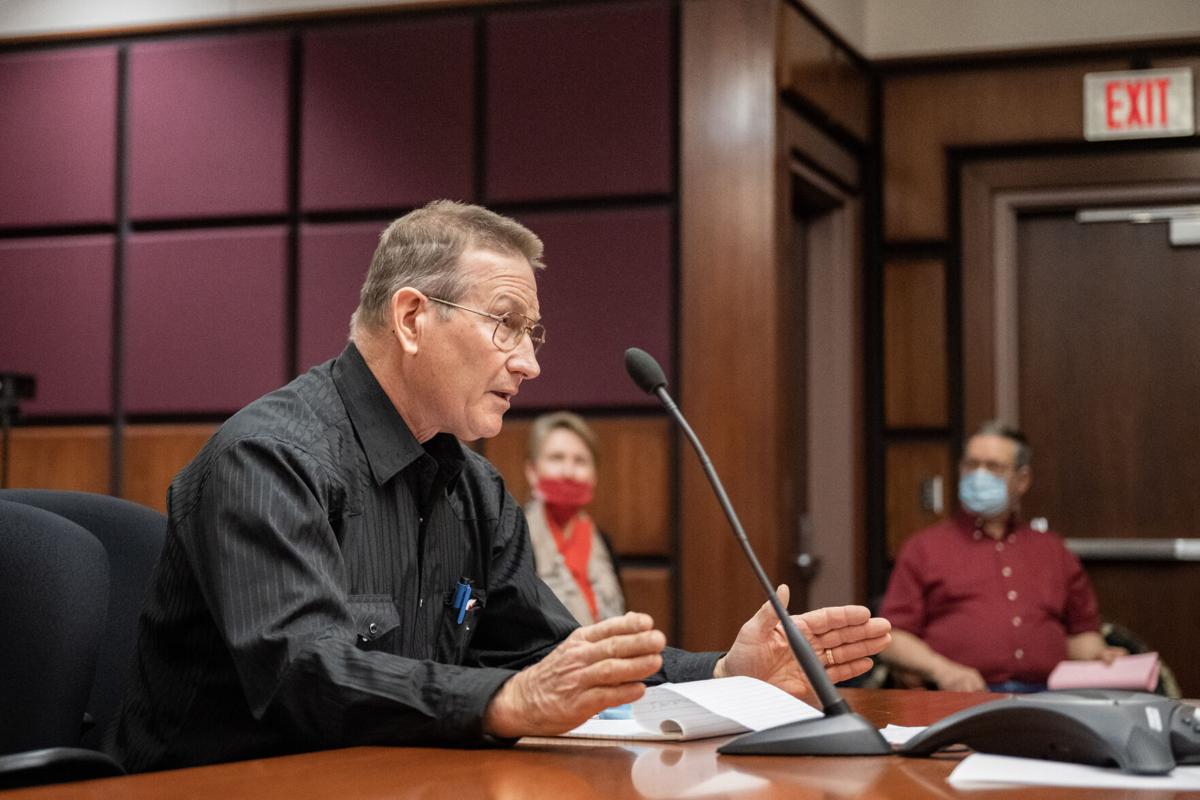 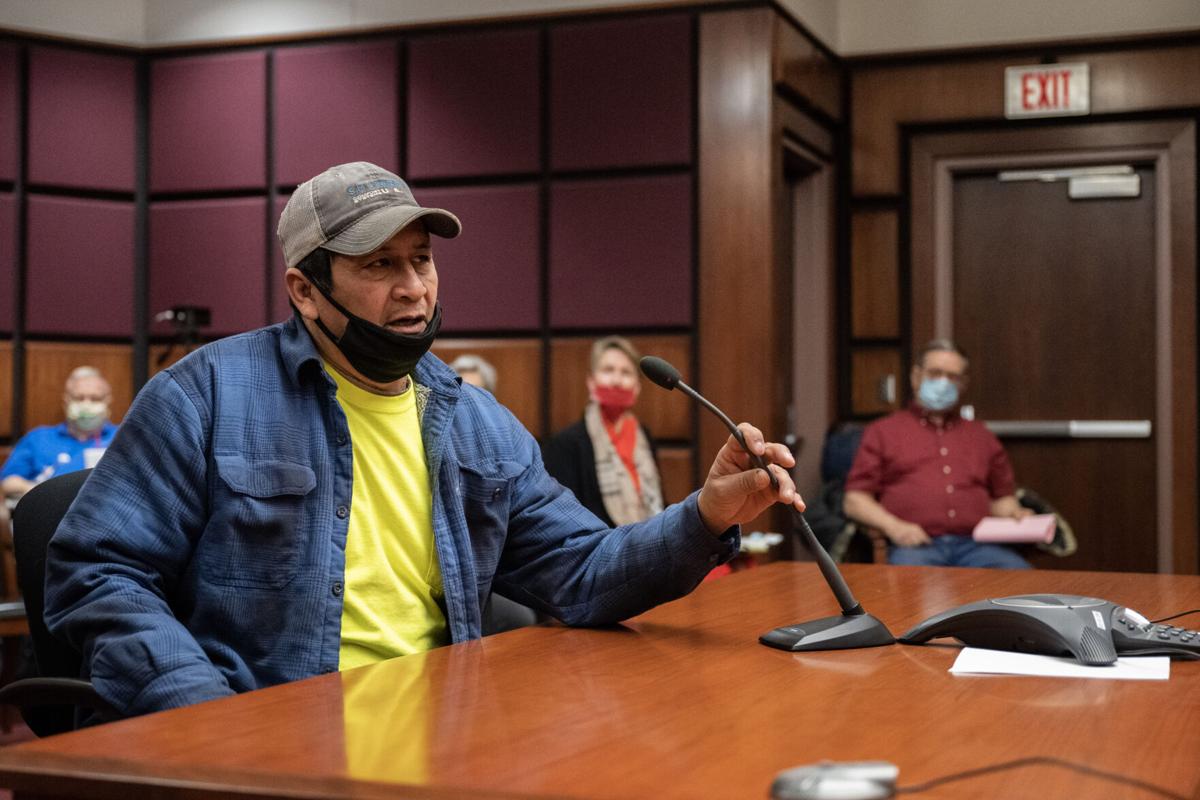 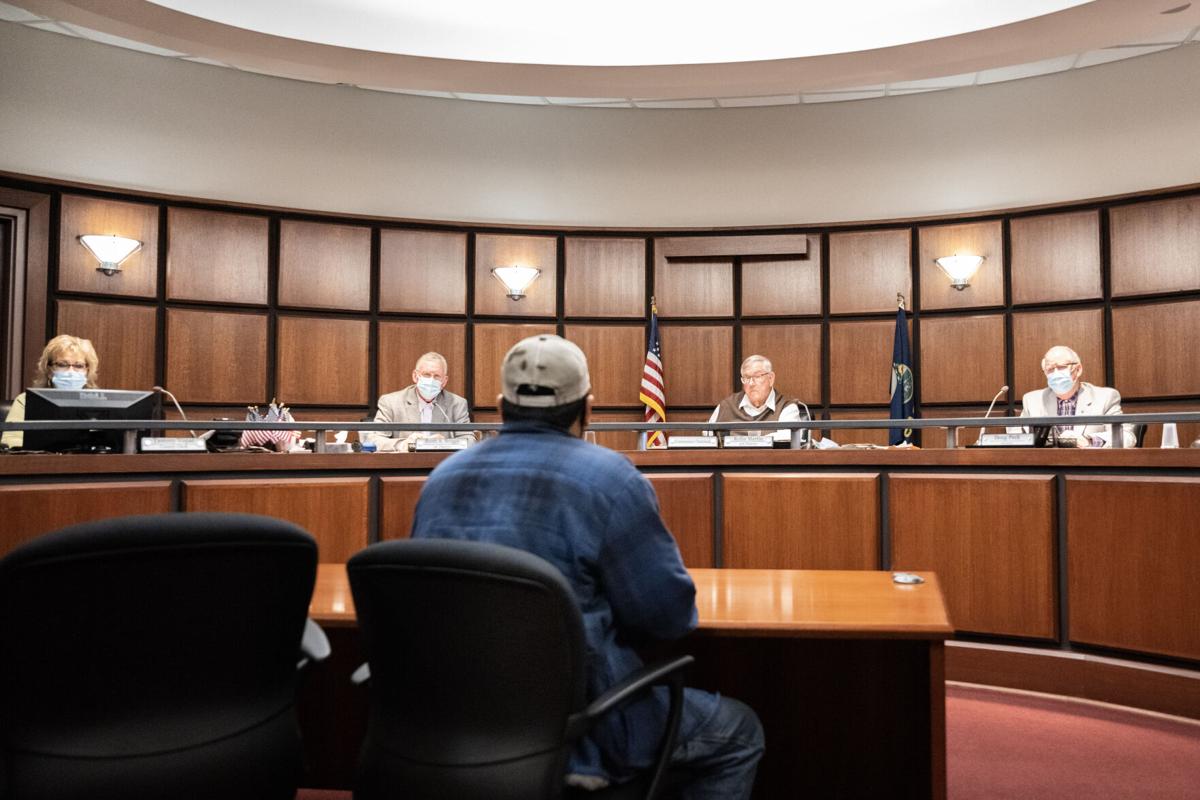 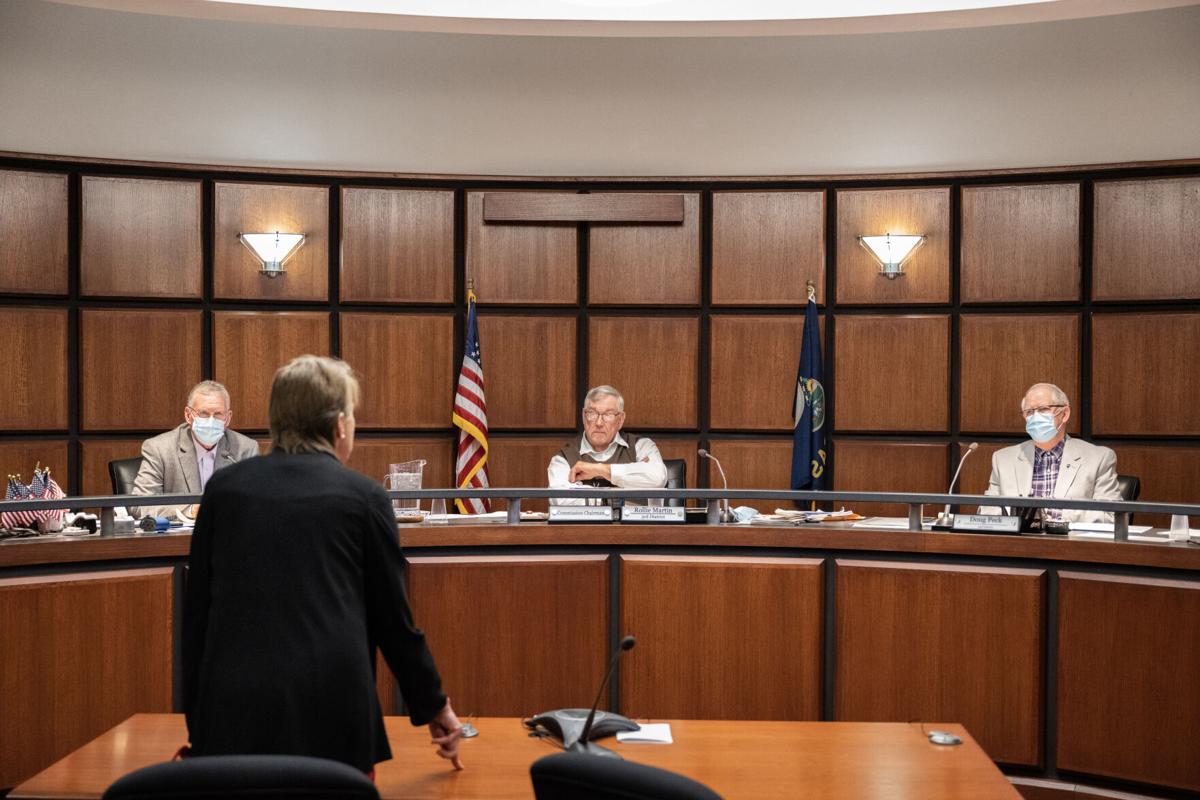 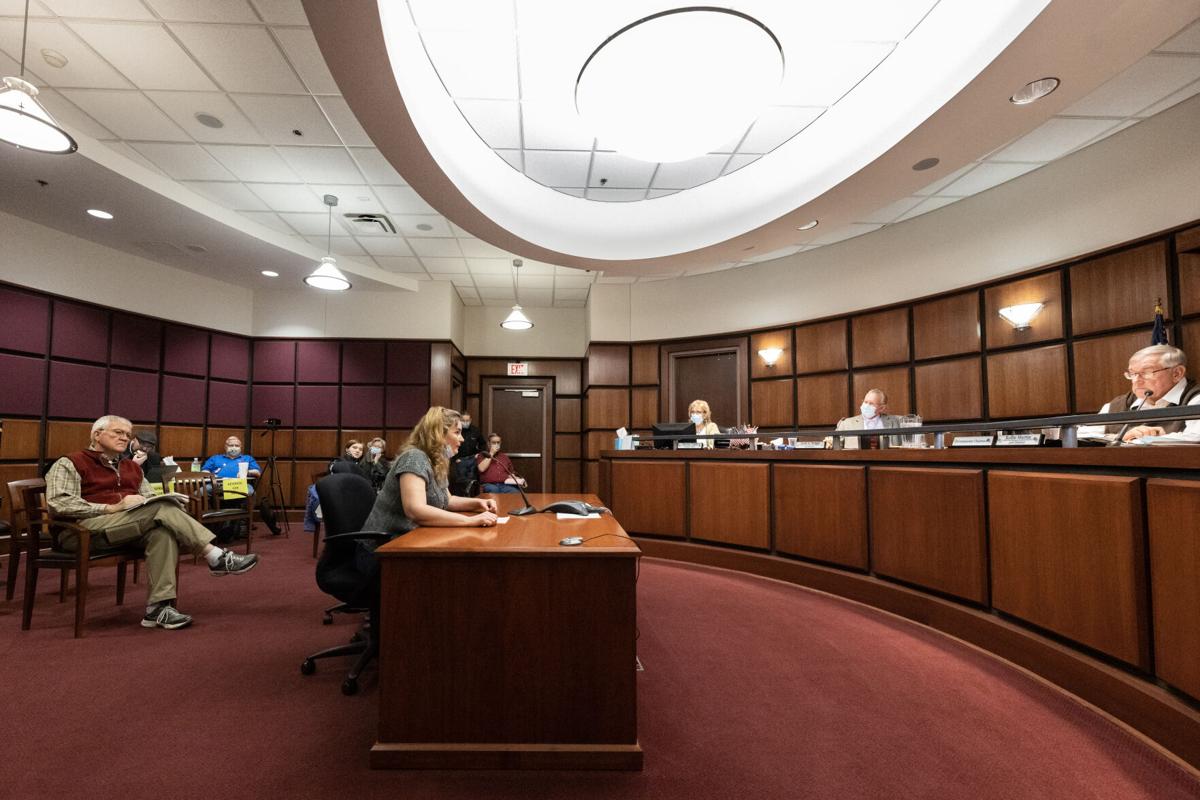 Michael Fruit tells Lyon County Commissioners he has concerns about raising children in the county due to new zoning regulations, Thursday morning.

As with past meetings on the topic, Thursday’s decision on new county zoning regulations brought several property owners to the Lyon County Courthouse to voice their concerns.

While qualms relating to personal property and potentially negative effects on individual livelihoods were, expectedly, raised, many speakers also made a general point of expressing frustration that their voices — and those of their peers in rural Lyon County — had gone unheard.

Multiple parties addressed County Counselor Marc Goodman’s recent comments on the legal standing of petitions circulated around the area (one of which had received over 1,000 signatures), saying it was unfair and possibly illegal that they were so quickly dismissed.

“So, this impacts not only you all [in Lyon County], but others around the state,” said Arlen Briggs, referring to a need for defined legal reasoning behind the decision. “I found out that the counsel that represents this community here … gave an opinion about the validity of the petition. He had no basis for doing that. He didn’t give a legal opinion to say why the petition was not valid. I called out again this morning … and he told me verbatim [that] he has not issued a legal opinion. He has no basis to do so. So, his opinion on the [zoning regulations] is no better than yours or mine. You can’t do that. If you do, I guarantee that you’re going to end up in court.”

Some raised questions about the transparency of the process, saying many of those most affected by the changes were unable to attend related discussions due to work obligations and sparse communication between area residents and county officials on the matter.

“I’m probably one of the youngest guys here,” said Michael Fruit. “I got a call from my 82-year-old grandfather asking, ‘What is this?’ He’s lived here 30 years. I’ve just moved here, and this scares me. Why are there more questions from the community than answers? That’s what I want to know. Why am I now nervous of having my child grow up in Lyon County? It’s unacceptable. We need answers. We need more committees. I would be more than happy [to participate], but why is it so difficult to find any information?”

Still, others said they would not be adhering to any additional requirements, regardless of what was passed.

“I read the documents, so I appreciate you all (county commissioners) stepping up to be my parents,” said Angel Cushing. “I guess from now on I’ll refer to you as ‘daddy.’ I’m very, very disappointed that you passed this. My understanding was that maybe you would go back and have a few more exemptions added on to it. So, I guess really you’ve made the and there’s nothing we can do about it. At least in here (county commission chambers).... It’s kind of unusual to have — when I’m nearly 50 — a bunch of men deciding to make decisions on my farm. Know that I’m not quitting, I’m not backing down and you will stay off my land.”

Thursday’s newly approved regulations will not be immediately put into effect, with further discussion on the topic slated for a meeting date yet to be determined. Those wishing to speak with local officials in the meantime can find a list of contact information for all county departments online by following related links at lyoncounty.org/index/government.

Maybe we could have a “Mostly Peaceful Protest “ at each of these commissioner’s personal residences since they seem to not mind the encroachment upon ours.

Yes, me to with the question, "what are they wanting to do"?

what are they wanting to do?

I live in the country.