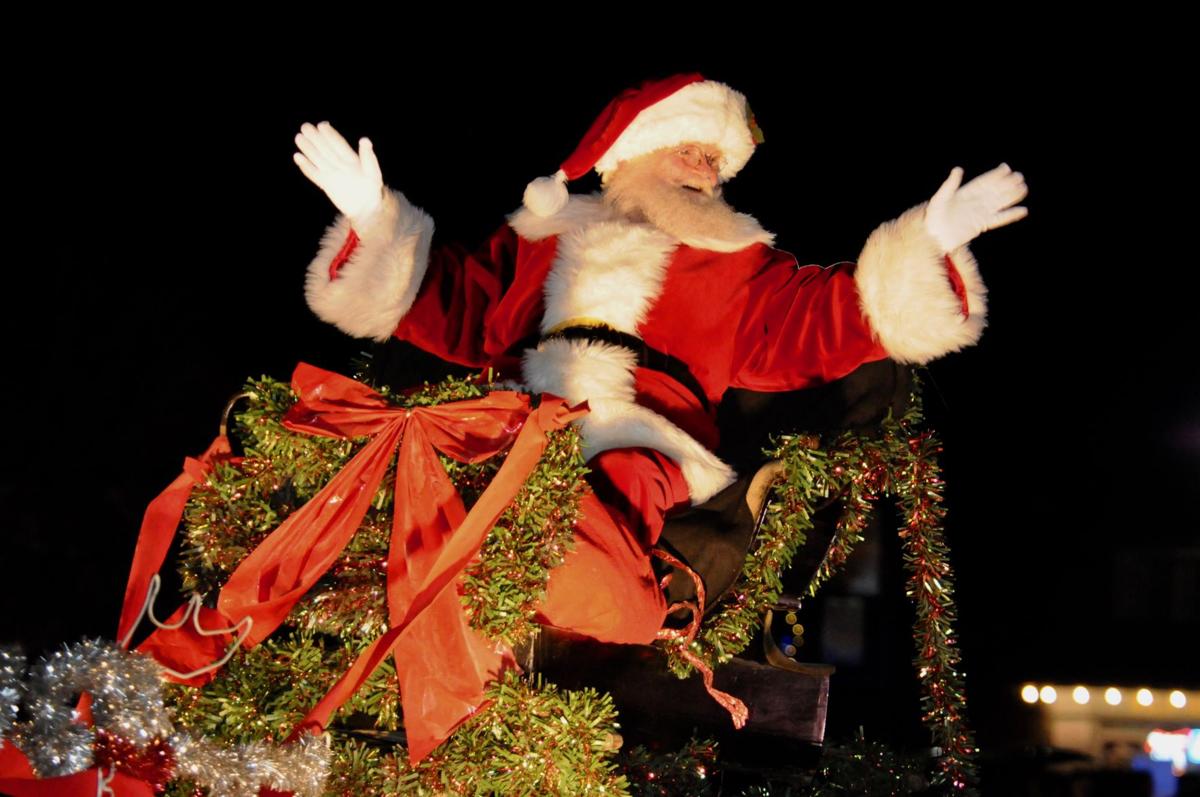 Santa Claus greets onlookers during the 2019 Christmas Parade in Emporia. 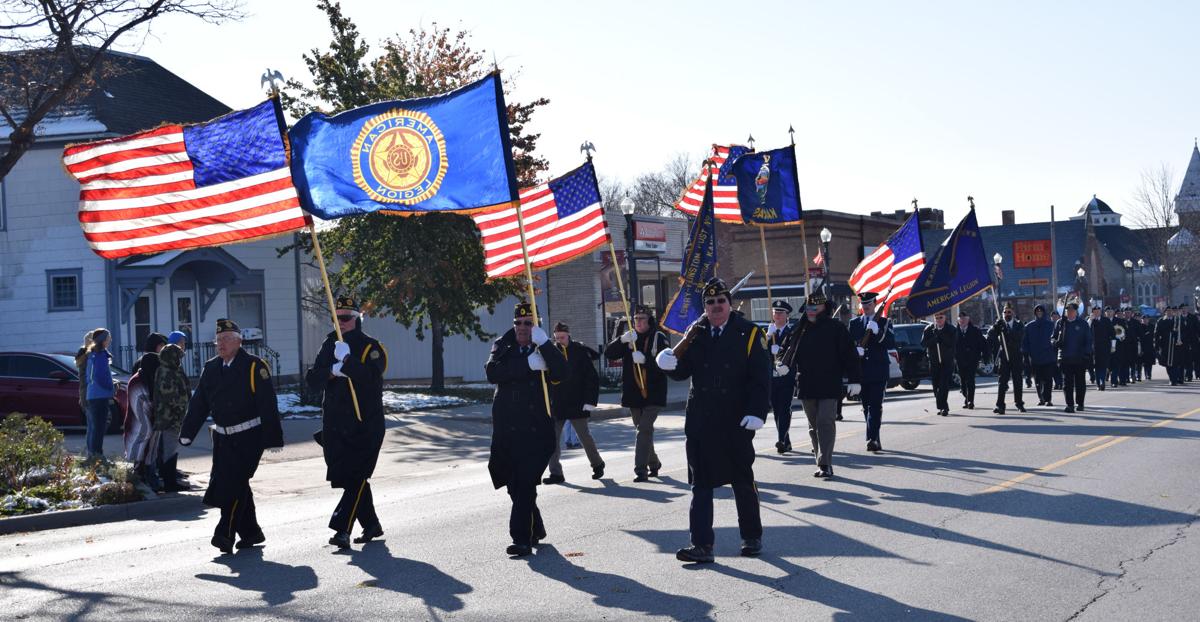 The American Legion marches in the 2018 Veterans Day parade.

Santa Claus greets onlookers during the 2019 Christmas Parade in Emporia.

The American Legion marches in the 2018 Veterans Day parade.

In addition to the far-reaching health and financial effects of COVID-19, the virus has also shown a propensity for reeking havoc on the general sense of connectedness in communities across the country.

Locally, the pandemic has entailed the cancellation of numerous popular and traditional events, including The Glass Blown Open, Dirty Kanza and Great American Market, among others. And while anyone would be hard-pressed to replicate or replace the feel and atmosphere of such major gatherings during this time, area residents will have a chance to reclaim a sense of normalcy — and celebration — in upcoming months.

The return of Emporia’s long-standing Veteran’s Day and Christmas parades was announced earlier this week, resulting in an influx of excited comments and questions from Gazette Readers. Friday, The Gazette reached out to parade organizers to get more details on their respective events and the planning process involved.

This year’s Veteran’s Day Parade will again be hosted during its usual time slot of 9:30 a.m. Nov. 11.

Although structured after its traditional format, the event — in addition to the following ceremony at the Emporia All Veterans Memorial at 11 a.m. — will be organized with an emphasis on spectator health and safety as it travels from the intersection of 4th Avenue and Commercial Street to 12th Avenue.

“The parade has typically started at 9:30 in the morning, so we kept the time for this year’s event,” said Organizer Ron Whitney. “It’s on a Wednesday this time around, which may not be conducive to the largest crowds, but could end up helping us out with everything else involved.”

Those expecting to attend or participate in this year’s celebration should be on the lookout for multiple upcoming releases outlining protocols such as recommended mask wearing and social distancing requirements moving forward. Through working with members of Lyon County Public Health, Whitney said he gained the necessary information — and confidence — necessary for hosting the parade in a safe, but similar manner to those in the past.

“The only thing we’re really looking out for right now is the possibility of inclement weather,” he said. “Last year’s was canceled because it was so cold, so we hope we can have a nice, warm day where everyone can come out and honor some of these great men and women ...With Emporia being the founding city of Veteran’s Day, it was especially important for us to have something this year, and I know a lot of people are really looking forward to something like this during the year that we’ve had.”

Those interested in participating can obtain an entry form at the American Legion, 2921 W 12th Ave.; the VFW Post 1980, 932 Graphic Arts Road; or the Emporia Chamber & Visitors Bureau, 719 Commercial Street. Completed forms must be submitted to the American Legion.

“People that sign up are most likely going to notice some deadlines — some in October on the forms — but those aren’t ones we’re really going to follow as closely this year,” Whitney said. “We want to give anybody and everybody that wants to show up and honor veterans the chance to so … If there’s any group planning on walking, riding along or showing off one of their floats, we want you to be included, so don’t think you’ve missed out on your chance.”

Differing from planned Veteran’s Day festivities, this year’s Christmas parade will be performed “in reverse.” Spectators will be able to view a collection of stationary floats by driving down Commercial Street — which will be open to one-way traffic at 12th Ave. — and proceeding south to 6th Ave. from 7 - 8:30 p.m. Depending on the final number of entries, floats could be parked on one or both sides of the route.

“We had a lot of community meetings and a lot of brainstorming on figuring out a way we could still host the parade this year ...” said Chamber President and CEO Jeanine McKenna. “We really talked about a lot of different avenues. We even talked about hosting everything at Jones Park and letting people drive through there or having it at the Fairgrounds. When it came down to it though, we said the tradition was to have it downtown and be a part of our great downtown community.”

After sending out a survey to past parade participants regarding proposed changes, organizers received widespread support for the Chamber’s plans, with groups committing to participate and adhere to the new format however they could.

While some sacrifices still had to be made upon final consultations with officials from Lyon County Public Health — with floats unable to throw candy as they have in the past, for instance — most parties were simply excited to be able to host an uplifting event during what has proven to be a difficult year for many.

“This year’s theme is “Cheer up, dude. It’s Christmas,” which is a reference to “The Grinch’ movie starring Jim Carrey,” McKenna said. “We came up with a lot of themes, but none seemed right considering all the cancellations, postponements and general changes in all parts of life that have shown up throughout 2020. We all kind of laughed and thought something around the Grinch would be most appropriate. We felt it really captured the unique spirit of Christmas this year because, in the end, we all know the Grinch comes around to celebrate the holidays.”

Guidelines and entry forms for this year’s Christmas parade can be picked up at the Chamber office in the Trusler Business Center at 719 Commercial St. or can be printed off from the Chamber website at www.emporiakschamber.org. Once the form is printed and completed, it can be faxed to the Chamber office at 342-3223, mailed in or hand-delivered. Deadline for entries is Wednesday, Nov. 11.

“Altogether, I think all of us really just wanted to do everything we could on this,” McKenna said. “We weren’t so much concerned about the floats — those are easy to spread out — but, we knew that the larger crowds this event typically attracts would be the issue. We were able to put our heads together and come up with what we really think is a safe and interesting way to do things, so we definitely hope to see community members out there and having some fun during the holiday season.”

A Veterans Day parade? Is that critical? The City and the public might want to research what happened when Philadelphia held its War Bond parade in September 1918 against the advice of medical providers. Let's just say that morgues and undertakers and cemeteries quickly became as backlogged as Allen Meat Processing is today. But what the heck? At least the spectators got a glimpse of marching automatons, flags waving in the breeze and horse cavalry setting off to attack machine gunners and rudimentary tanks with swords before they turned blue, puked up their own lung tissue and died. It all must have been worth it!

A Voice for the Latino Community