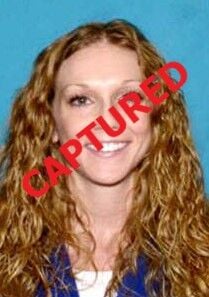 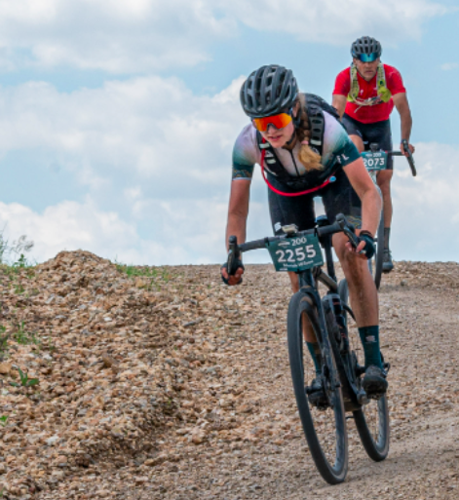 Moriah Wilson rides in the 2021 Unbound Gravel race. Wilson was murdered on May 11 in Austin, Texas.

Moriah Wilson rides in the 2021 Unbound Gravel race. Wilson was murdered on May 11 in Austin, Texas.

Kaitlin Marie Armstrong has been arrested in Costa Rica, ending a 43-day manhunt that began after the fatal shooting of world class cyclist Anna Moriah Wilson in Austin, Texas.

The U.S. Marshals announced the arrest on Thursday, June 30, of Armstrong, who is suspected of killing Wilson at a home in Austin on May 11. Wilson, 25, was in Austin for a race and was found with multiple gunshot wounds.

Armstrong is accused of using a fake passport and flying from Newark International Airport to San Jose, Costa Rica, on May 18. She had already been questioned by Austin police, and her arrival in Central America came a day after a homicide warrant was issued for her arrest, according to the U.S. Marshals.

Last week, the U.S. Marshals announced they had located Armstrong’s black Jeep Grand Cherokee. They say she sold it to an Austin CarMax dealership on May 13 for $12,200.

“Armstrong was provided a check from the dealership a day after being questioned by Austin authorities,” according to the U.S. Marshals. “She departed the Austin airport on May 14.”

The U.S. Marshals said they arrested Armstrong at a hostel on Santa Teresa Beach in Provincia de Puntarenas. She will be expedited back to the United States.

“The Marshals Service elevated the Kaitlin Armstrong investigation to major case status early in this investigation, which likely played a key role in her capture after a 43-day run,” U.S. Marshal for the Western District of Texas Susan Pamerleau said. “This is an example of combining the resources of local, state, federal and international authorities to apprehend a violent fugitive, bring an end to that run and hopefully a sense of closure to the victim’s family.”

Who was Anna Moriah ‘Mo’ Wilson?

Wilson was from Vermont and most recently lived in San Francisco. She was considered a “rising star in gravel racing” and had won nearly 10 races in 2022, according to the Austin American-Statesman.

She was in Austin for the 150-mile Gravel Locos race, which the Associated Press reported she was favored to win.

A graduate of Dartmouth University, Wilson was the daughter of Eric and Karen Wilson, who were members of the U.S. ski team.

“While the tragic loss of Moriah is unfathomable, at the same time we want everyone to join us in celebrating her life, accomplishments, and love for others,” her family said in a statement. “Always pushing tirelessly to reach her goals, we knew she was pursuing that which she loved. We will miss her terribly and know that all mourn her with us.”

At the time of her death, fellow cyclist Rebecca Rusch said Wilson was a “beautiful, grounded young woman who was so full of light and energy.”

“She was exceptional in every way,” Rusch said.

Who is Kaitlin Marie Armstrong?

Armstrong, a 34-year-old from Austin, was recently a yoga instructor and real estate agent, according to SFGate.com.

“(Wilson) returned to her home in California and about a month later, Kaitlin Armstrong and I reconciled and resumed our relationship,” Strickland said in a statement to KTBC. “Since then I often saw Mo at cycling events, and always in public settings. After our brief relationship in October 2021, we were not in a romantic relationship, only a platonic and professional one.”

Armstrong was identified as the suspect in Wilson’s death and, in early June, the U.S. Marshals offered a $5,000 reward for her capture.

“Kaitlin Armstrong is accused of a very serious crime that she needs to answer for,” Pamerleau said at the time.