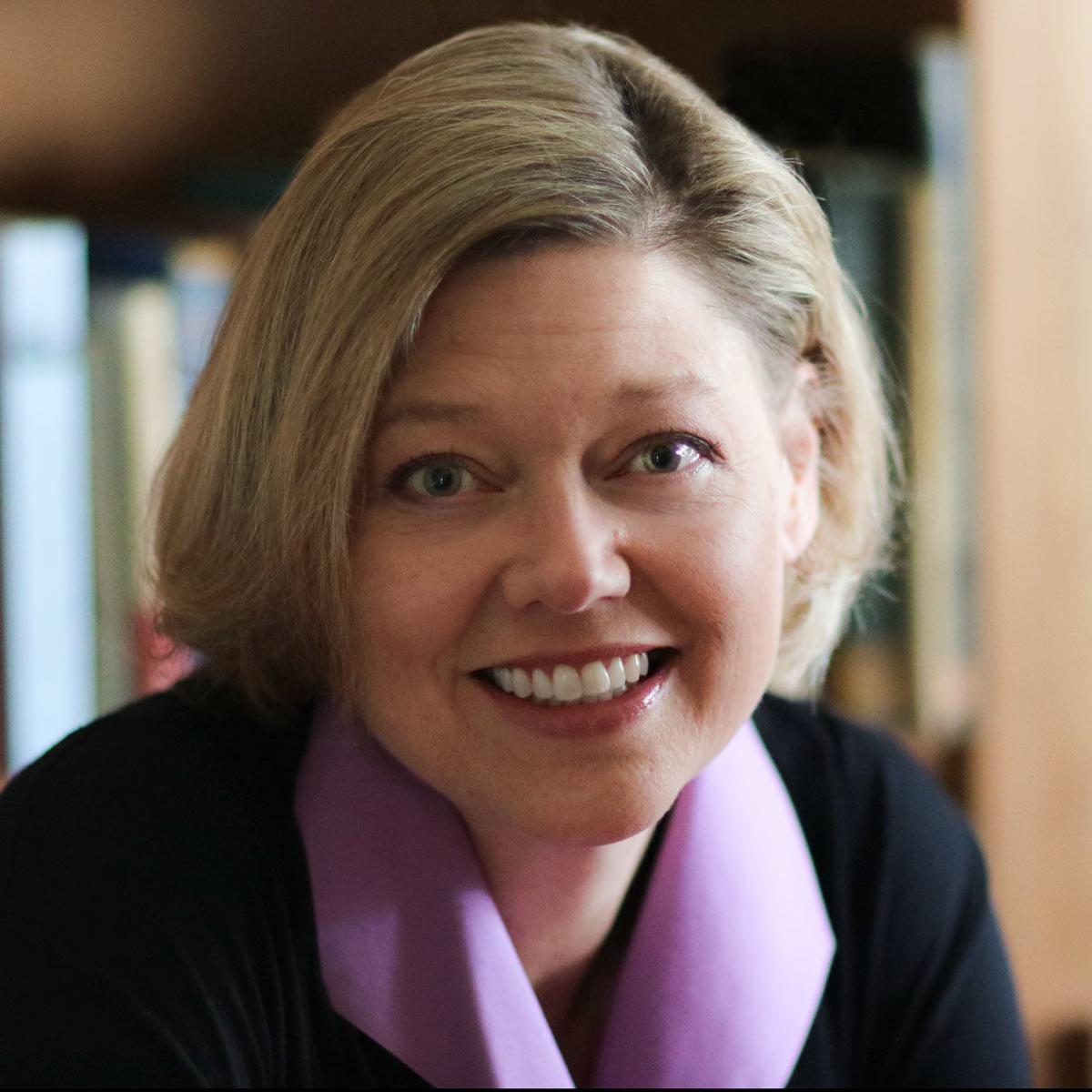 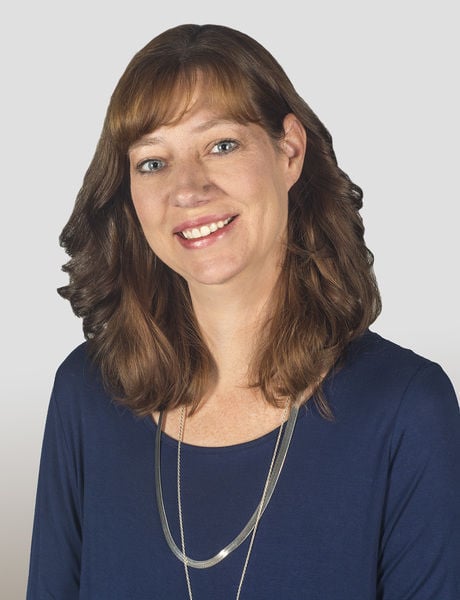 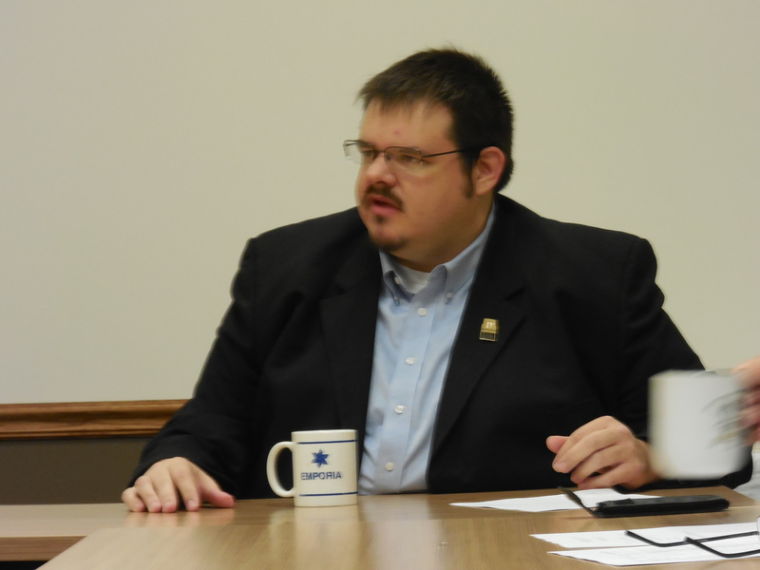 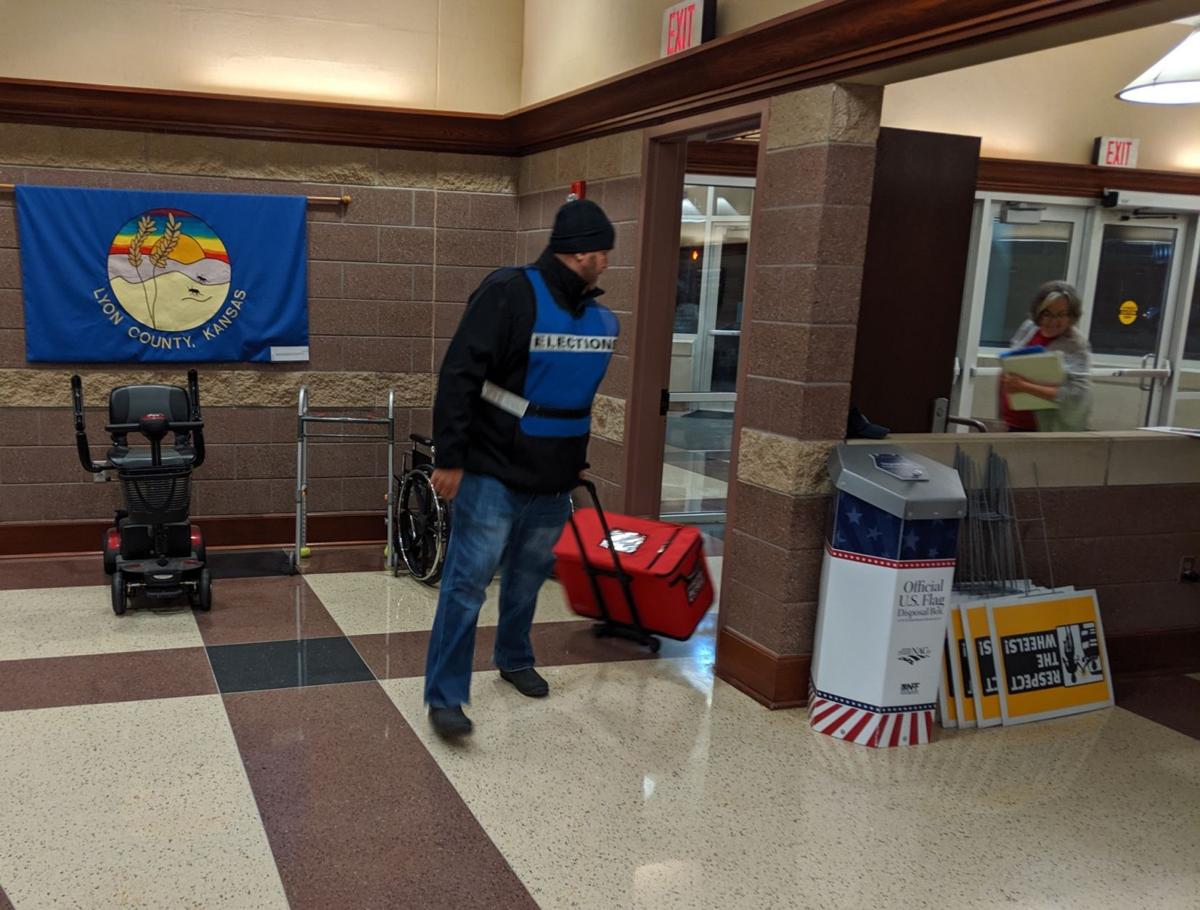 An election worker returns to the Lyon County Courthouse with ballots from his precinct Monday in Emporia.

An election worker returns to the Lyon County Courthouse with ballots from his precinct Monday in Emporia.

Susan Brinkman will be joining incumbents Becky Jaggard Smith and Rob Gilligan on the Emporia City Commission in Jan. 2020.

Brinkman, who is finishing up an eight-year term on the USD 253 Board of Education, earned 1,755 votes in Tuesday’s election. Smith took 1,810 votes and Gilligan won 2,107 votes. The other challengers for the seat were Lisa Hudson-Brittain with 1,164 votes, Joni Austenfeld with 1,003 votes and Todd Maddox with 805. There were 22 write-in ballots.

Brinkman said she was excited and grateful for the opportunity to serve the Emporia community in another capacity.

“Our campaign — and I say ‘our’ because it took a whole village of friends and supporters and voters — has always been about compassion and civility and candor, and I think that must have resonated with our voters this year,” Brinkman said. “I’m grateful for the opportunity to serve as a city commissioner this year and honestly, I’m looking forward to getting to work.”

Brinkman said she attended city commission meetings over the summer in order to get a feel for the process. She plans to attend more meetings through the end of the year in preparation for the beginning of her term in January.

“I’m ready to get to work, and I really want to thank everybody who took the opportunity to vote in the election,” she said. “No matter who you voted for, voting is a fundamental American right and civic responsibility, and we had great turnout. I’m grateful for that as well.”

Smith said she was grateful that voters put their trust in her for another term. She’s looking forward to keeping the commission’s current momentum going and believes fresh ideas on the board will help keep things moving smoothly.

“I’m looking forward to keeping our momentum going,” she said. “Now that we budget in five-year increments, it makes life a lot easier because people can see what we’re working on and we can keep focusing on infrastructure needs such as streets and water.”

Smith also had some words of advice for Brinkman, since she was the new kid on the block last time around.

“Start coming to the meetings and try to start being informed so you can hit the ground running, and don’t be afraid to ask questions,” she said. “Don’t be afraid to ask other commissioners one-on-one, or city staff, so you can get the background on projects that are maybe halfway through. The commission is very welcoming and we want to make sure everyone is well-informed before we all sit down for a meeting.”

Gilligan said he also appreciated the confidence voters have put in him for another term. It shows, he said, that voters understand the work commissioners have been putting into making sure the city is operating well.

“I really think that we kind of continue to look long-term in how we can make the city organization as smoothly and effectively as possible,” he said. “I think we’ve got a great team that can do that and a great group of people that will serve on the commission to do that.”

"The commission is very welcoming and we want to make sure everyone is well-informed before we all sit down for a meeting."

The Gazette keeps deleting my coments but I guess in the era of #metoo I wouldnt want the Brinkmans history coming to the surface either.

Seems pretty dumb to wait until after the election is over to voice your opinion of a candidate. Next time maybe you will play it smarter and won't end up whining in the newspaper.