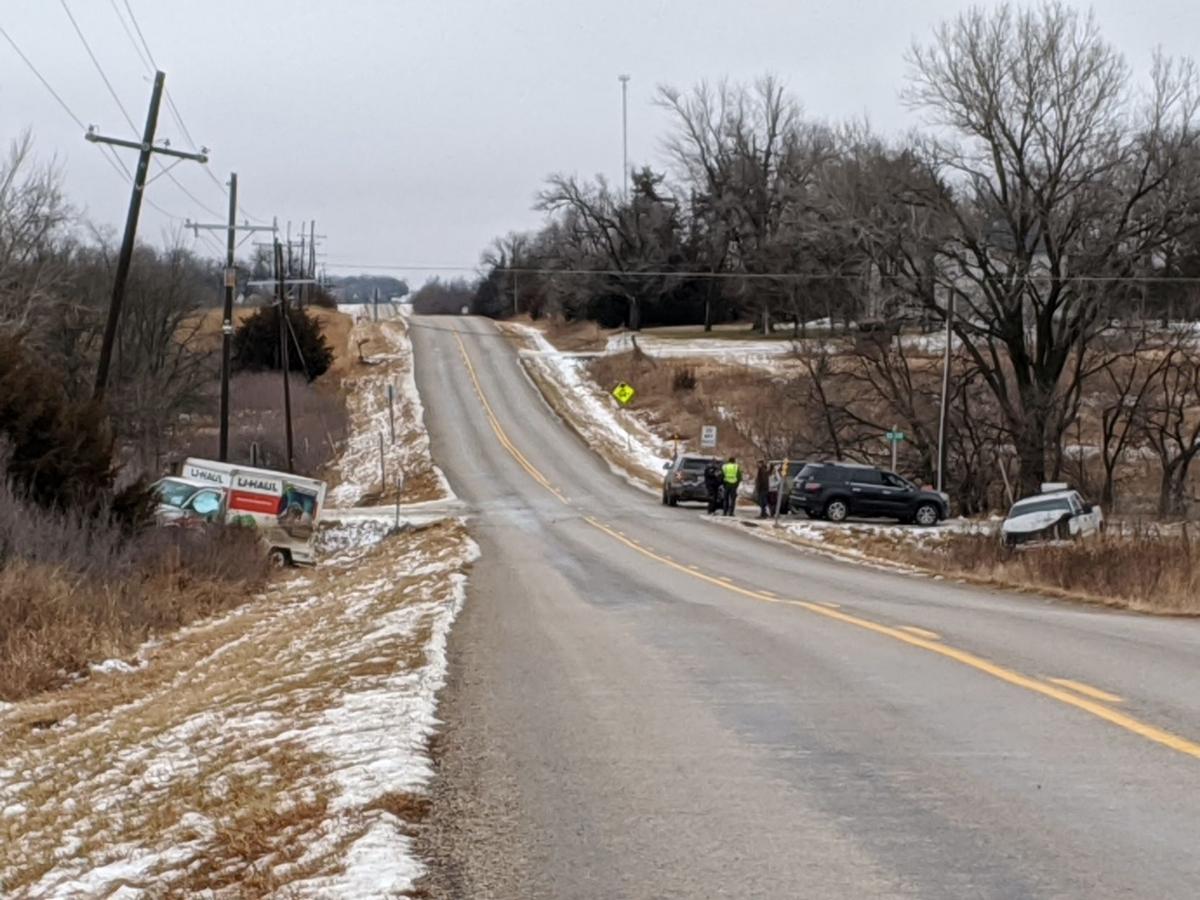 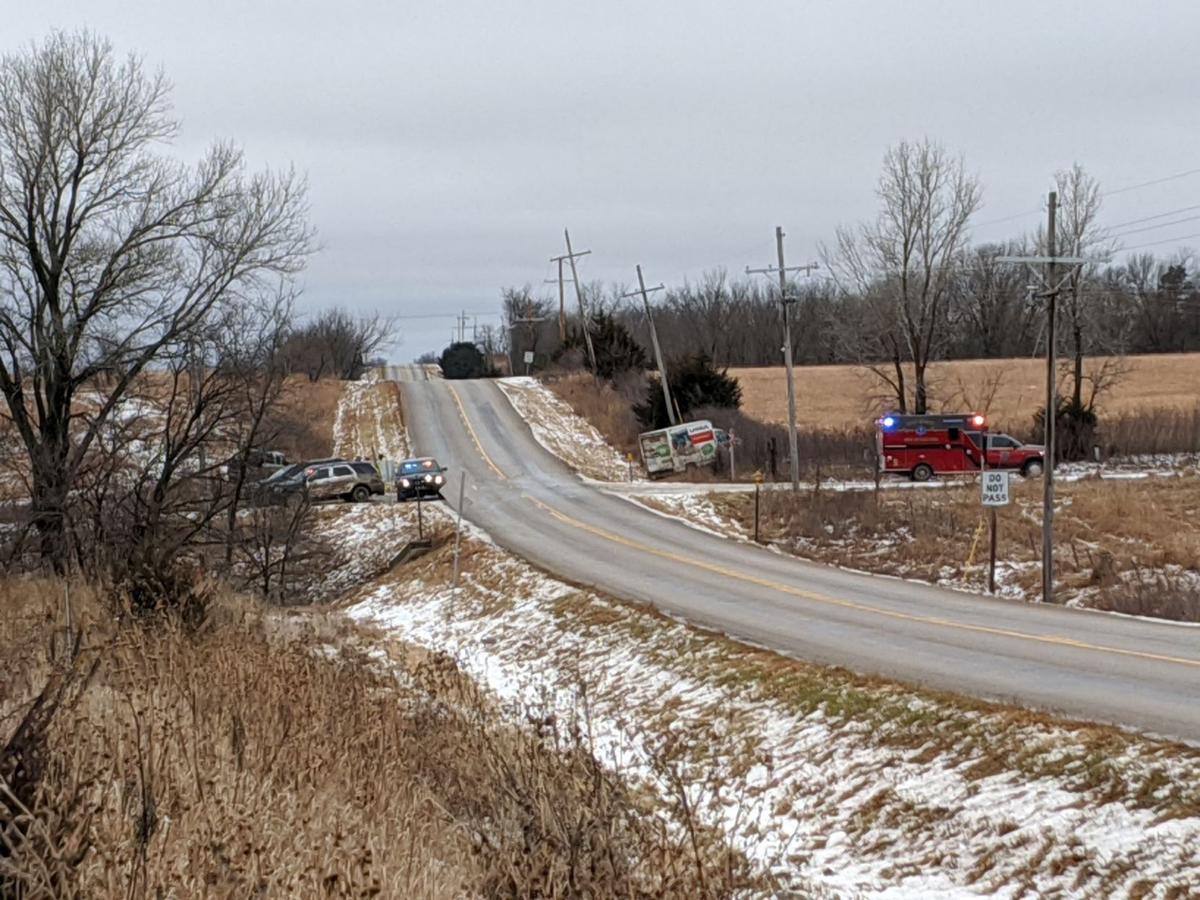 At 10:39 a.m. dispatch paged out an accident at Road F and Road 310, about three miles south of Bushong.

According to a written statement from the Lyon County Sheriff’s Office, deputies “determined that a 2006 Chevy 2500 Silverado driven by 32-year-old Keith Wyatt of Council Grove was heading southbound on Road F when a U-Haul box truck driven by 27-year-old Linda Vasquez of Topeka was traveling eastbound on Road 310. Vasquez was unable to stop at the stop sign, causing Wyatt to hit the U-Haul in the driver’s side door area.”

Vasquez was taken by ambulance to Newman Regional Health after sustaining undisclosed injuries. Wyatt and his 2-year-old son declined medical treatment at the scene.

All involved were wearing seatbelts at the time of the accident.