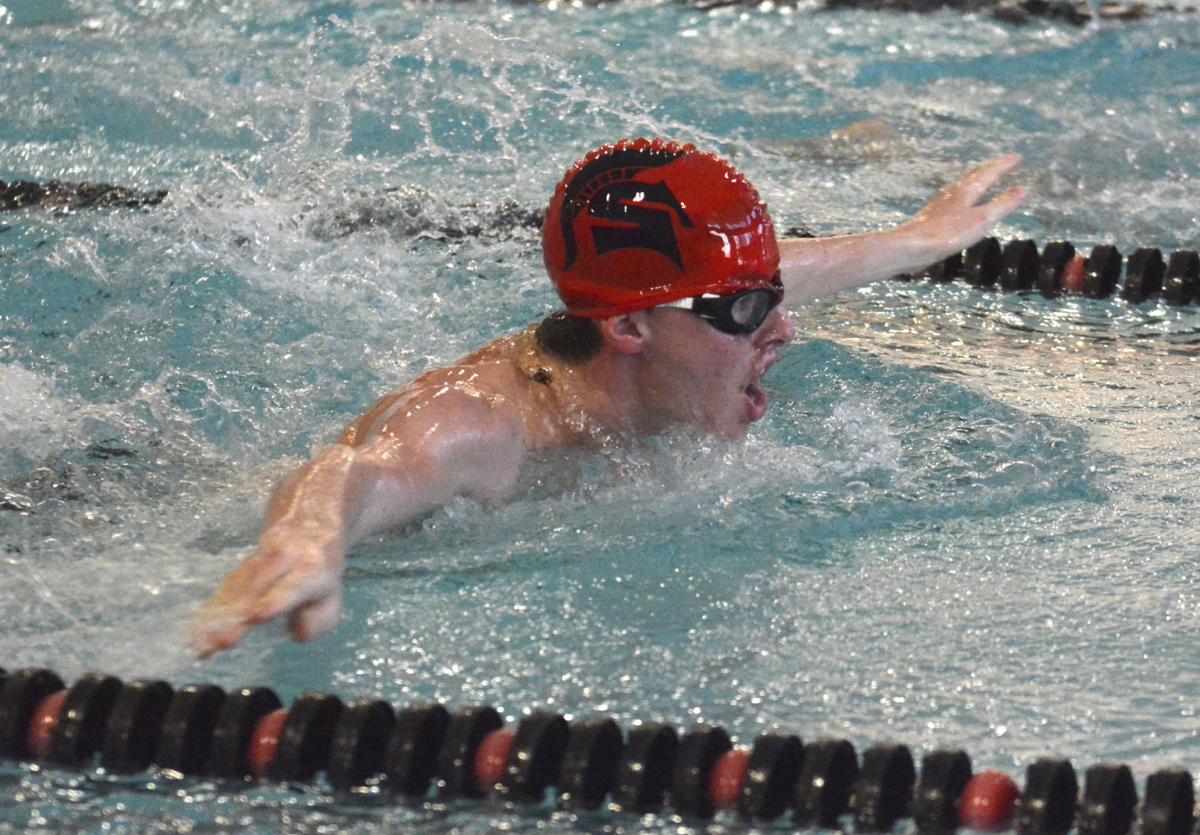 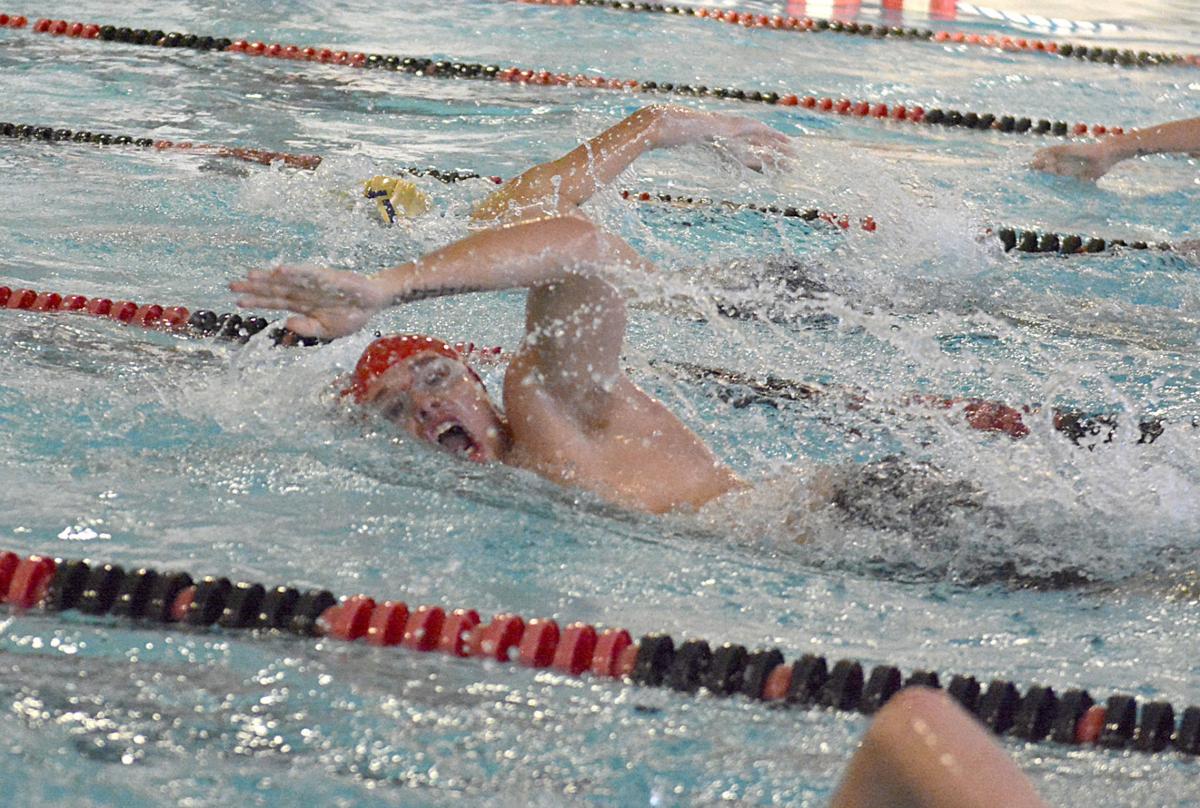 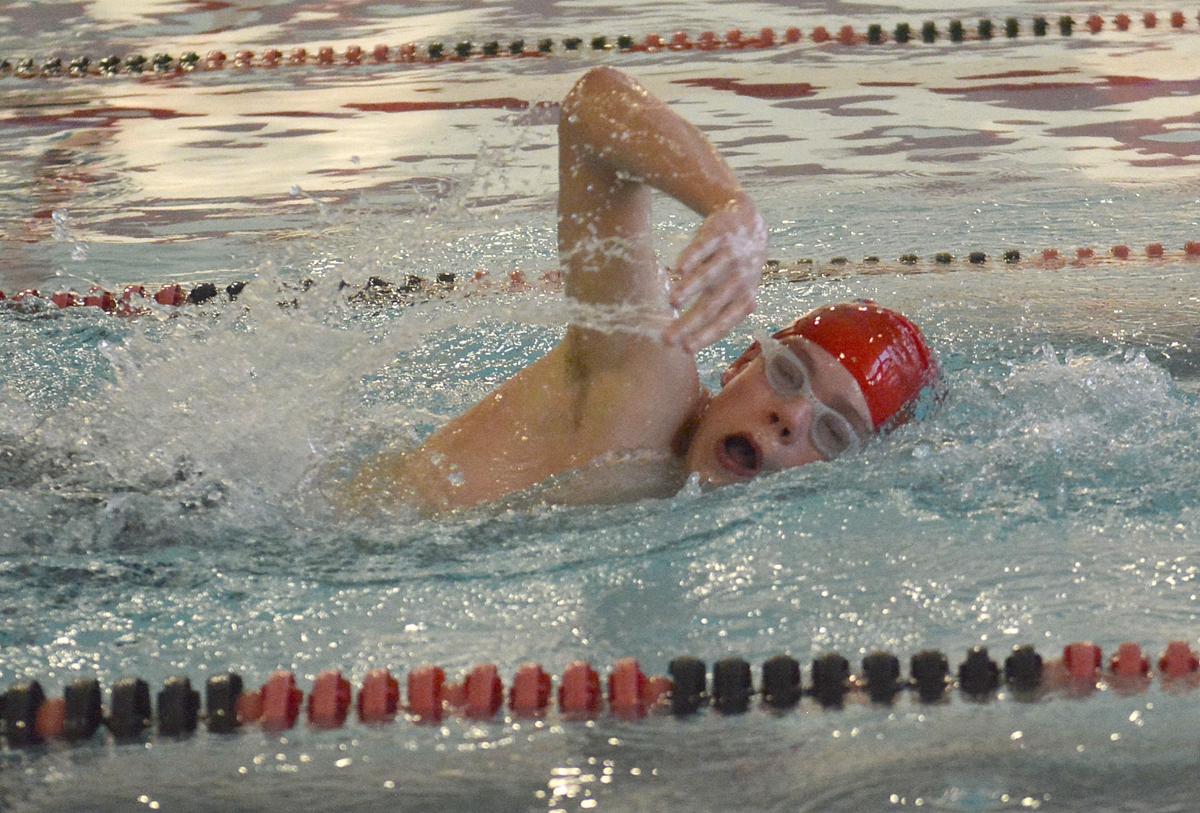 Cam Geitz was sixth in the 200-yard freestyle on Thursday afternoon.

Cam Geitz was sixth in the 200-yard freestyle on Thursday afternoon.

The Emporia High boys swimming team placed second on Thursday afternoon in their first competition since the holiday break.

But a strong performance in the collective return to the pool was just a strong sequel to senior Reed Slayden, who reached another one of his season’s goals, breaking the EHS school record for a six-dive meet score, recording a 299.30, eclipsing the previous mark, set by Derek Krause in 2010.

Slayden had come a mere two points shy of the mark at last year’s state meet.

“That was, by far, my one main goal this dive season, to get the school record,” Slayden said. “It definitely wasn’t the best I have done it before, but it was still pretty clean so I was super-excited when I hit the water.”

The elation came on the heel of an inward double-somersault dive, which had a 2.8 difficulty rating, the steepest that Slayden had executed in a competition.

That created a score that put him on top of any diver in previous school history.

“it was a big step up,” he said. “It definitely wasn’t the best I have done it before (in practices), but it was still pretty clean so I was super-excited when I hit the water.”

Catching his coach’s attention was also Cam Geitz, who took sixth in the 200-yard freestyle. But it wasn’t the place itself that drew the attention.

“Cam swam the 200 free today for the first time ever and pushed himself at the end to race to overcome the swimmer next to him and beat him,” EHS Head Coach Jamie Dawson said. “We don’t have a lot of swimmers who have that (competitive) attitude and mindset.”

“I was most impressed with some of our younger swimmers and newcomers who really stepped up today and had amazing swims. Cal Kohlmeier, Jadon Lantz and Cam Geitz really stood out today as up-and-comers who can fill some big shoes for us next year.”

The Spartans’ next competition will come in Topeka on Tuesday.

“We have a lot of things that need cleaned up,” Dawson said. “Our starts, turns, and finishes were terrible today and we still swam as well as we did overall.”