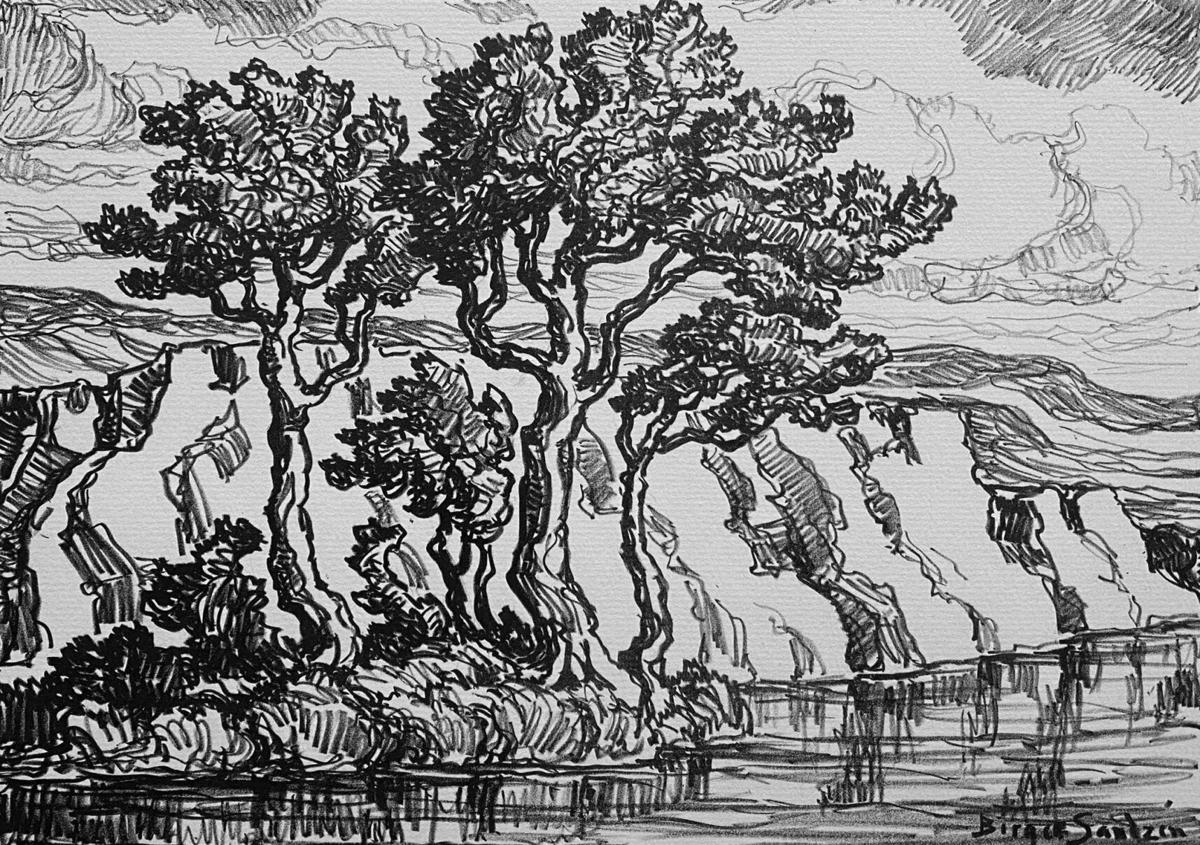 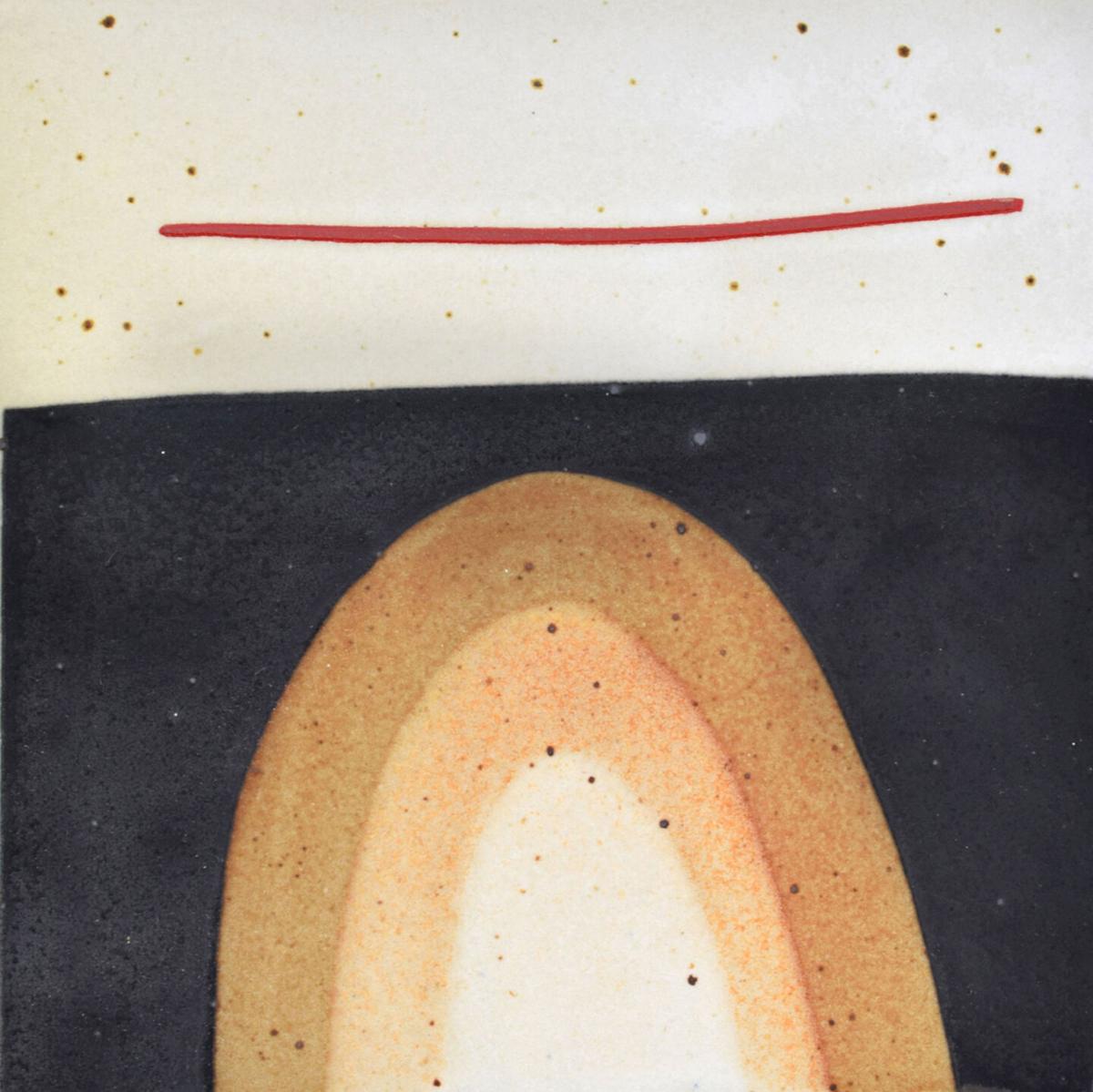 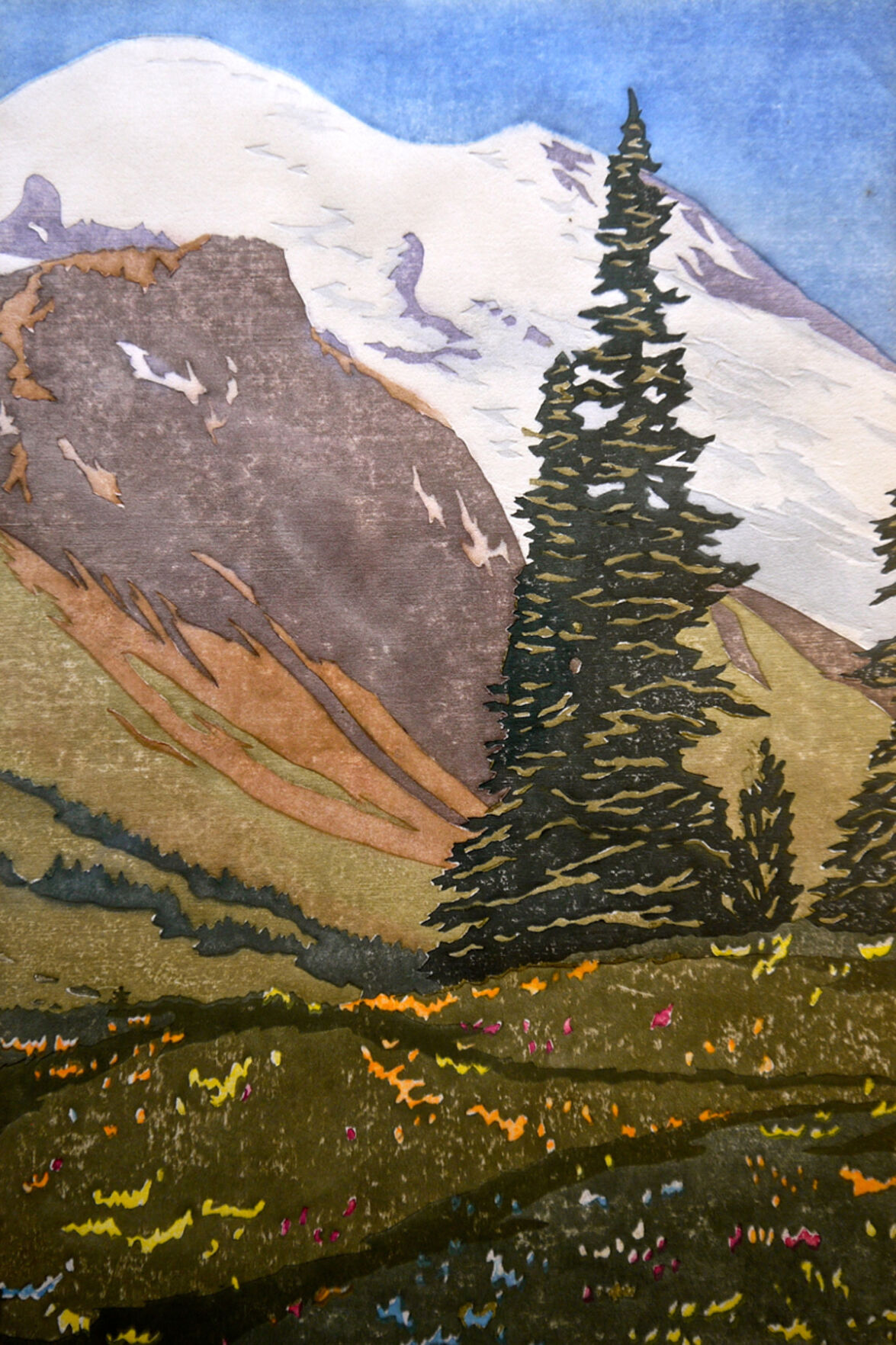 LINDSBORG — New exhibitions open at the Birger Sandzén Memorial Gallery on Sunday, Nov. 8. They include a large exhibition celebrating the 90th anniversary of the Prairie Print Makers; a show of ceramic plates by Columbia, Missouri, artist Bo Bedilion; works by the Chase brothers of the Pacific Northwest; and the annual Holiday Gift Show. Unfortunately, due to COVID-19 restrictions there will not be an opening reception for these exhibitions, but they can be viewed during normal Gallery hours until January 3, 2021.

This Dec. 28, will mark the 90th anniversary of the founding of the Prairie Print Makers, an organization established “to further the interests of both artists and laymen in print making and collecting.” Ten active printmakers and one art dealer gathered at the Lindsborg studio of Birger Sandzén (1871-1954) to plan out an exhibition society that would also offer a gift print commissioned from well-known printmakers to subscribing members who paid $5 annual dues. Active artist members paid $1 dues to participate in the traveling print exhibitions, which quickly became engaged for venues from Honolulu, Hawaii; to Fort Worth, Texas; to Rochester, New York; as well as providing art experiences for many under-served small communities in the Midwest. The Prairie Print Makers continued to show and share affordable fine art prints until disbanding in 1965, never having raised their fees and attracting a hundred American and Canadian printmaker members to the roster through the years. The exhibition has been developed from the Gallery’s permanent collection and has been underwritten by the Barton P. and Mary D. Cohen Charitable Trust.

For his show, Murmurations, Columbia, Missouri, artist Bo Bedilion will be showing multiple groupings of ceramic plates. He writes, “Making plates satisfies my desire to create useful objects with my hands. The surfaces of my wares are achieved through a sensitive & thoughtful glazing program. I strive to manifest visual representations of loosely held memories, while retaining the structural integrity of a well-made pot.” Bedilion currently teaches and oversees the gallery at Columbia College in Columbia, Missouri. He received his MFA from Kansas State University and a BA from California University of Pennsylvania.

Cascadian Colors presents the work of renowned printmakers Waldo Chase (1895-1988) and Corwin Chase (1897-1988) from the collection of John Impert. The brothers lived most of their lives around the Seattle, Washington, area. Although starting out as painters, they eventually experimented with woodblock prints in the summer of 1924 and continued to produce them for approximately ten years. They were primarily self-taught in the medium and were greatly influenced by Japanese color woodcuts. The brothers also had reputations for being rather eccentric — living and working in teepees through the 1920’s — but produced prints that continue to be sought after by collectors today.

The Gallery’s popular Holiday Gift Show completes the selection of new exhibitions. Works by over 40 invited artists are represented in the show, including ceramic pieces from the artists of Clayworks at Disability Supports in McPherson and Hutchinson. This year’s artwork includes paintings, prints, ceramics, jewelry, sculpture, Swedish-inspired folk art, woodcarvings, mixed media pieces, and more.

The Sandzén Gallery is located at 401 North First Street in Lindsborg and is open from 10 a.m. - 5 p.m. Tuesday - Saturday, and 1 - 5 p.m. on Sunday. The Gallery is closed on Mondays. Admission is free, with donations appreciated. We ask that visitors wear masks and practice appropriate social distancing. For more information about Birger Sandzén and the Sandzén Gallery visit www.sandzen.org or call 785-227-2220.