You are the owner of this article.
Edit Article Add New Article
You have permission to edit this article.
Edit
Home
News
Sports
Obituaries
Area News
Print Edition
Magazines
Covid19
Classifieds
Subscribe
1 of 13 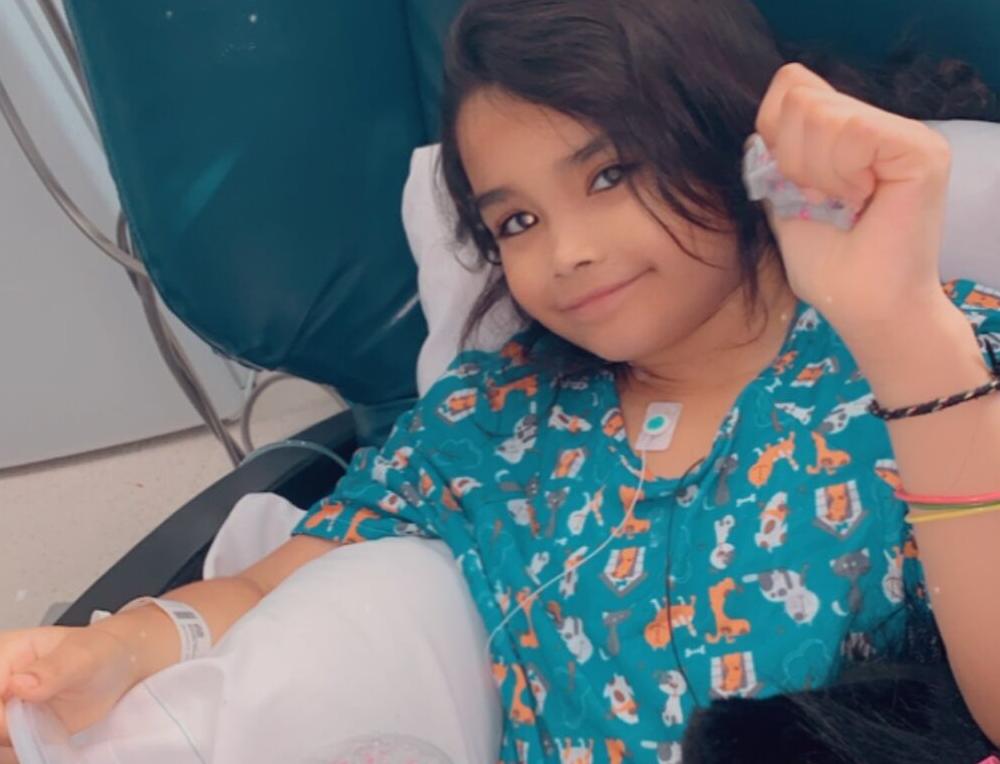 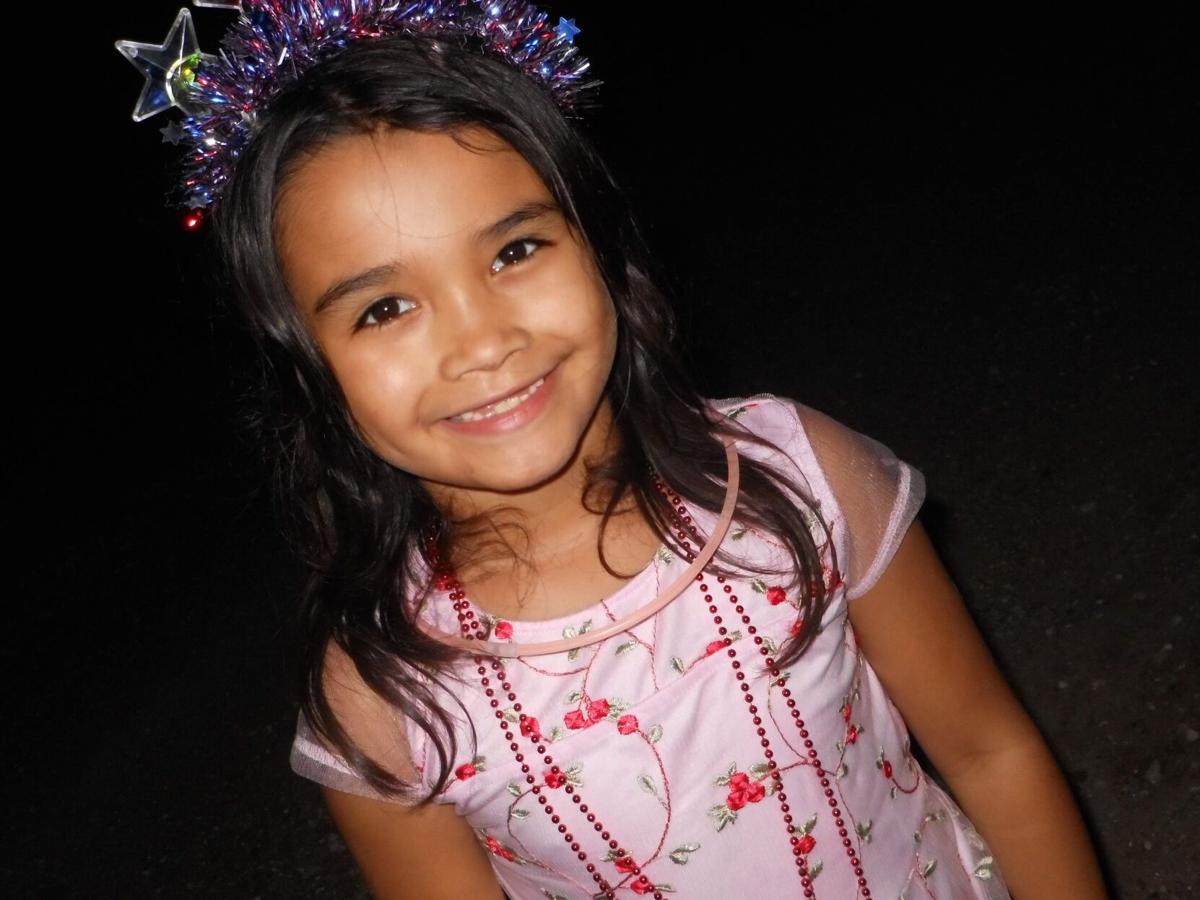 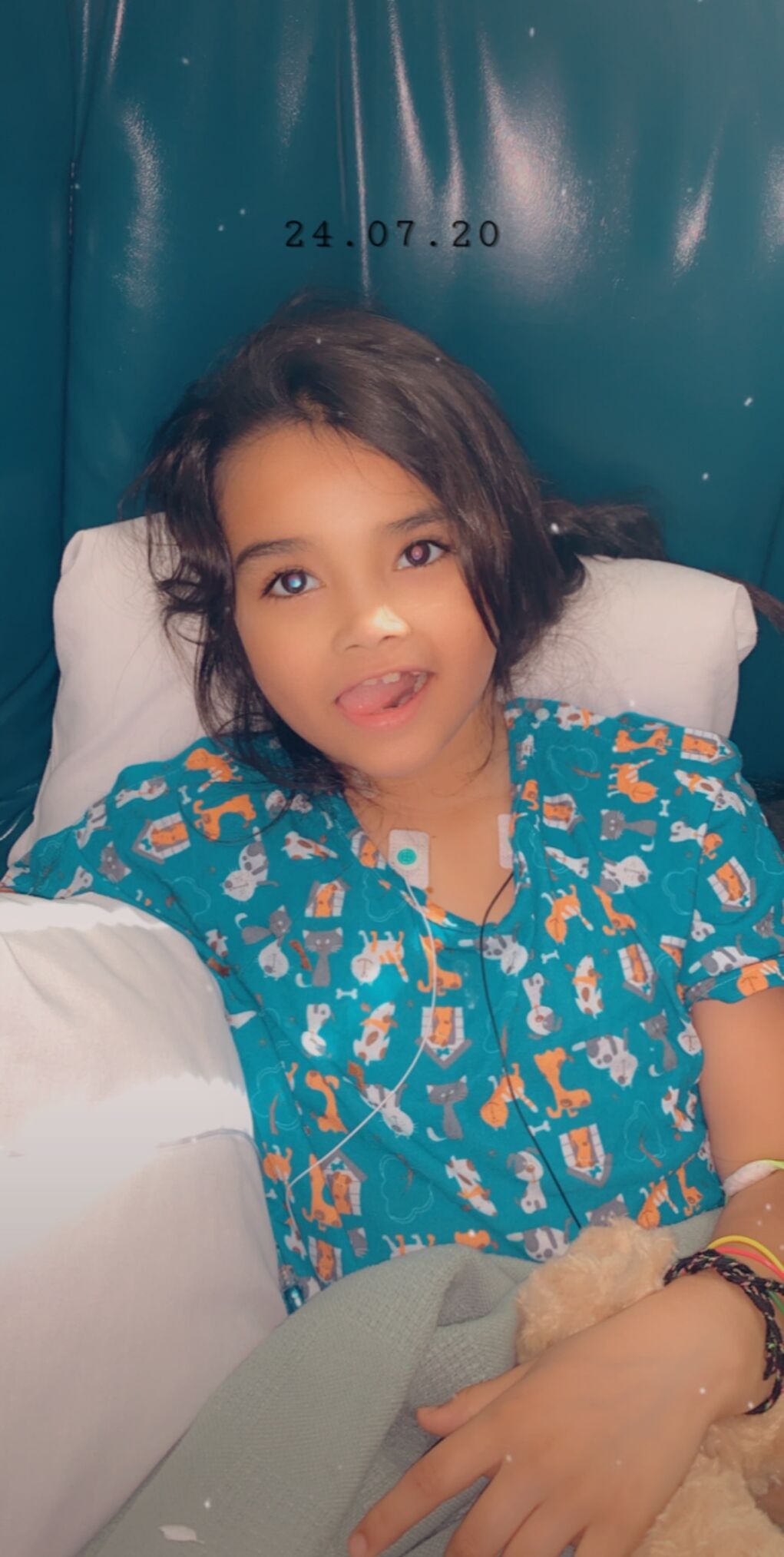 Even in the hospital, Marisol Marin has a sense of humor. 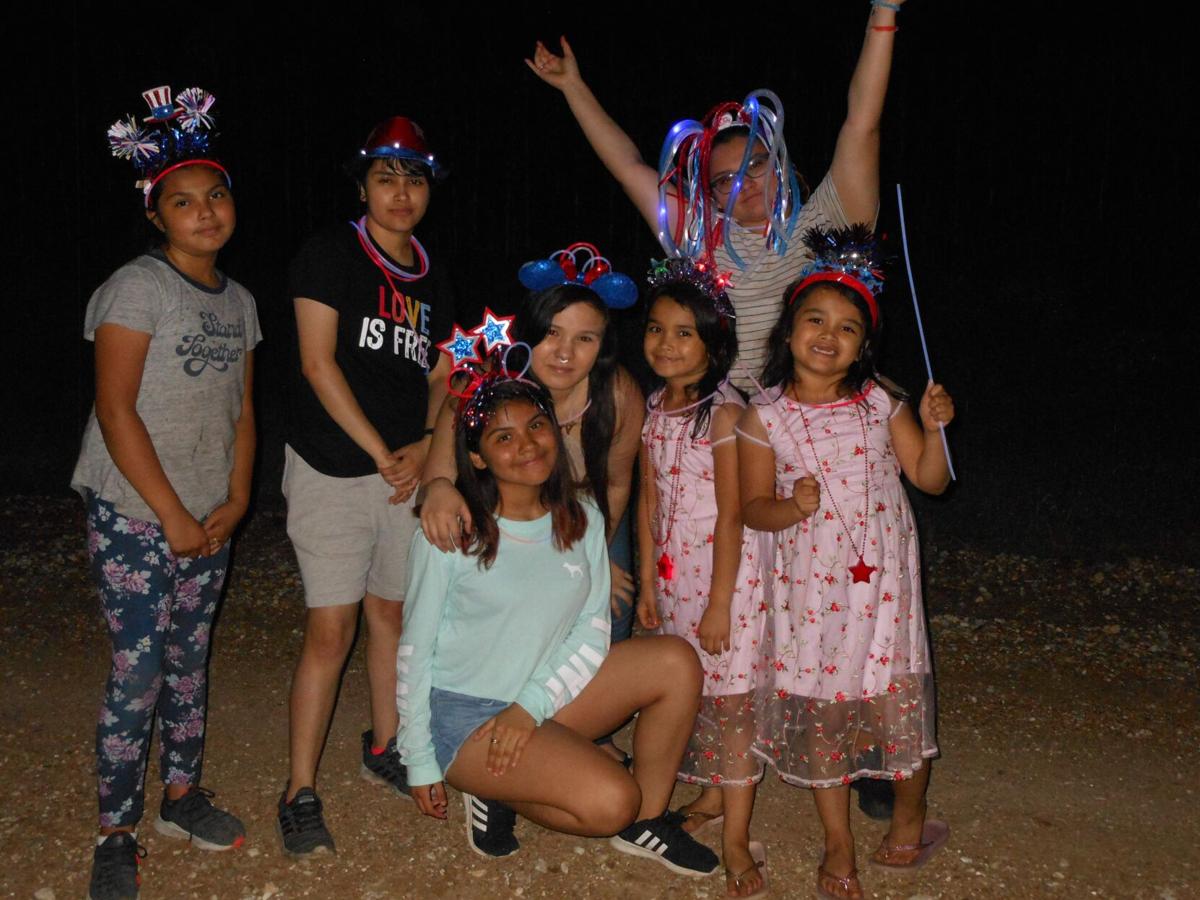 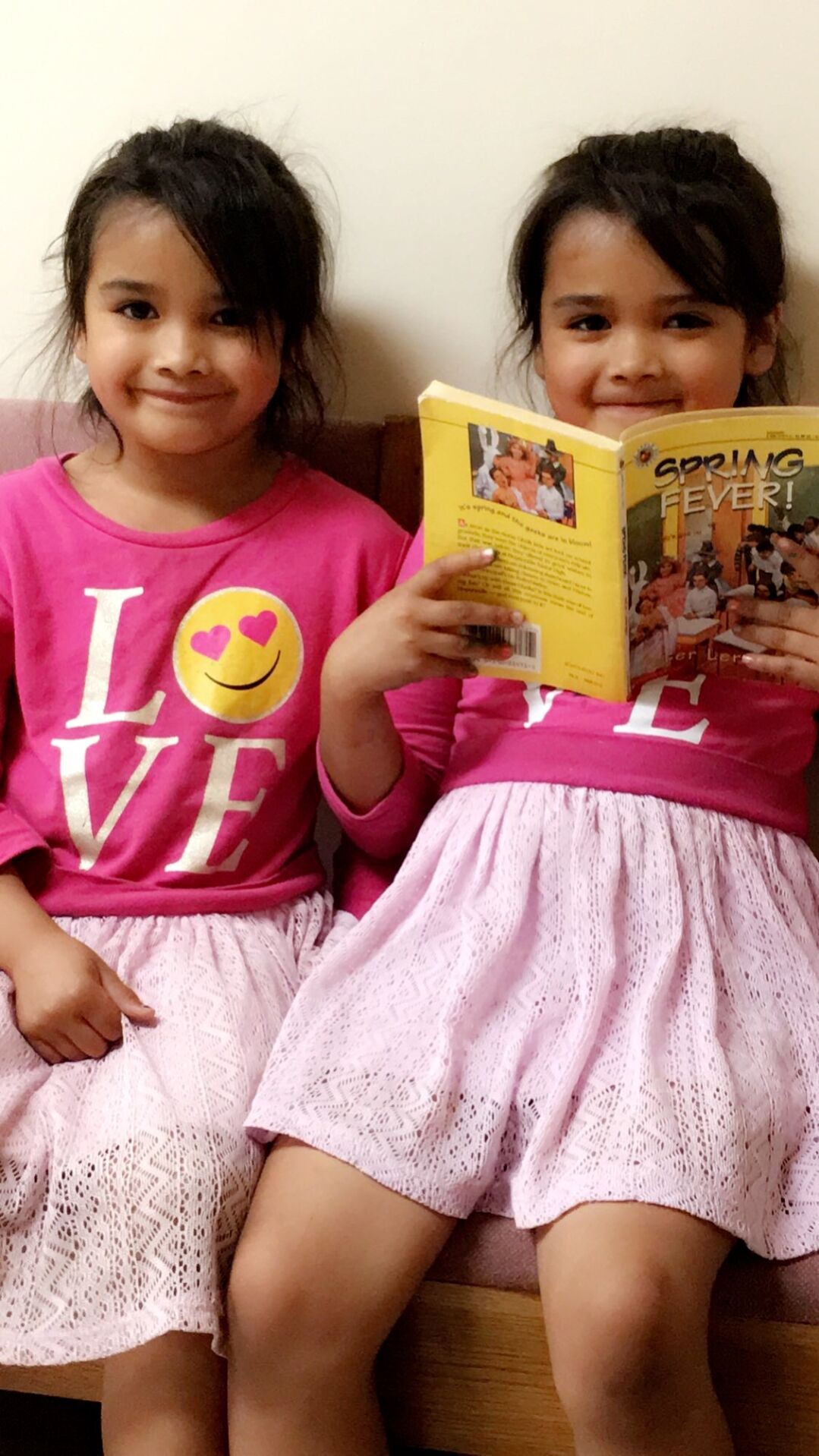 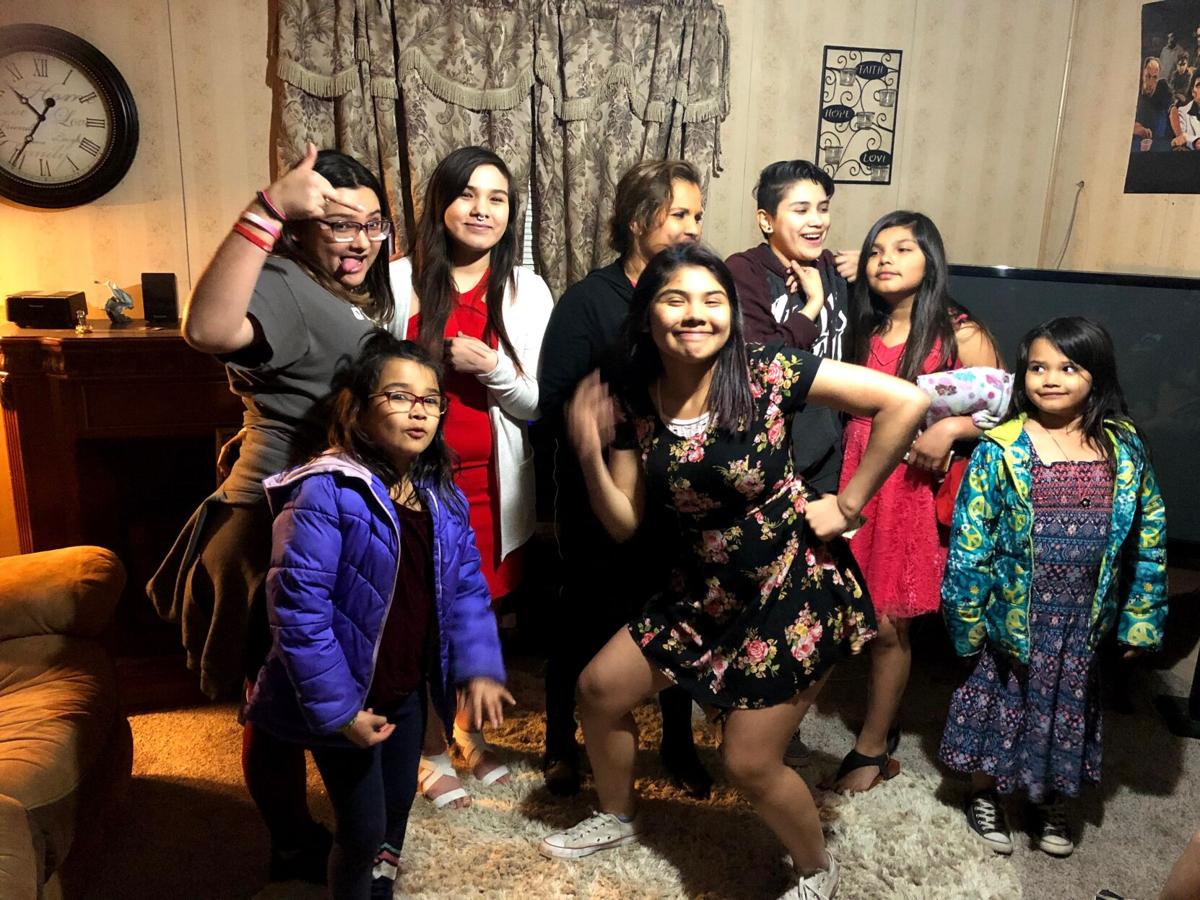 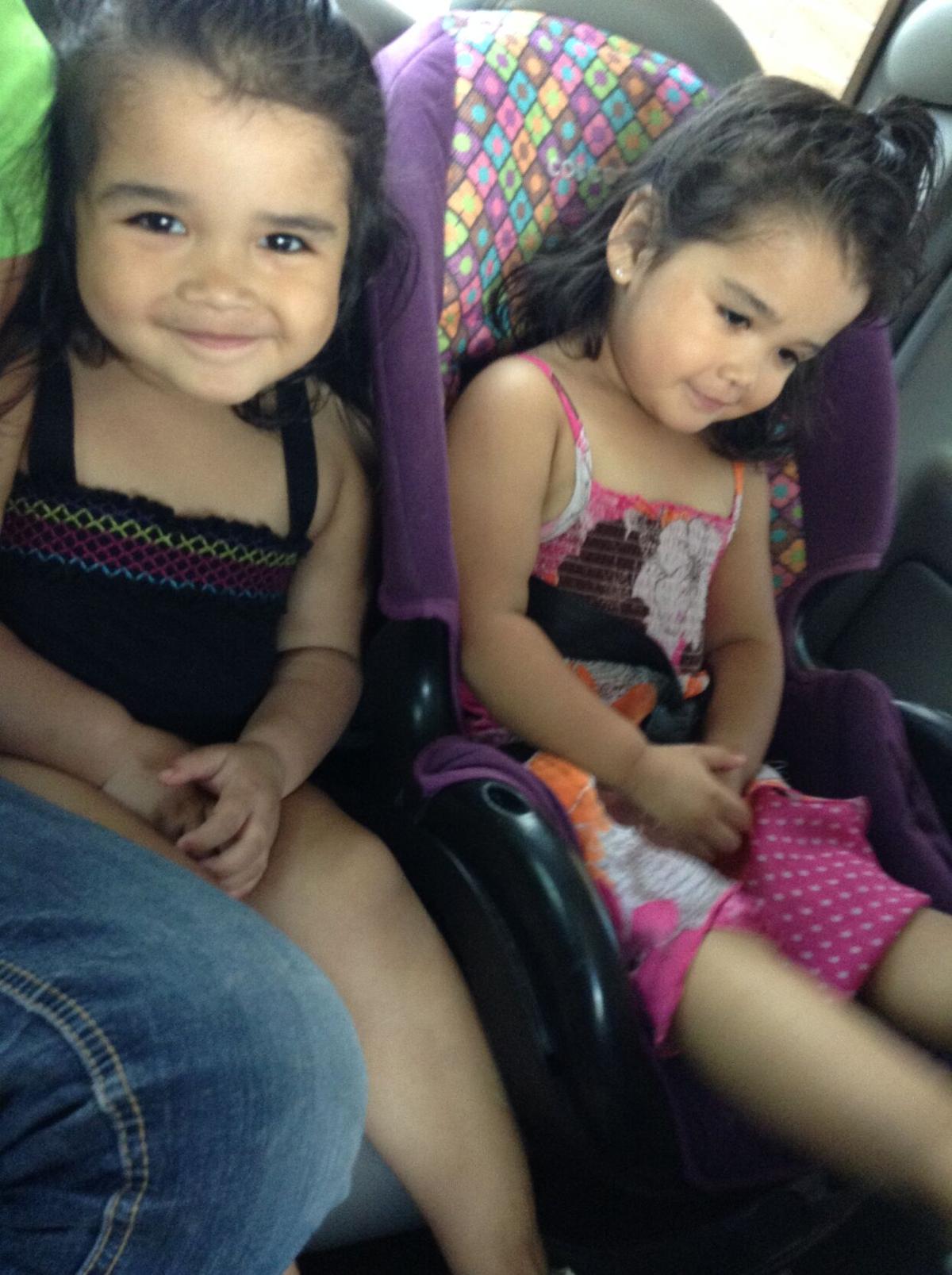 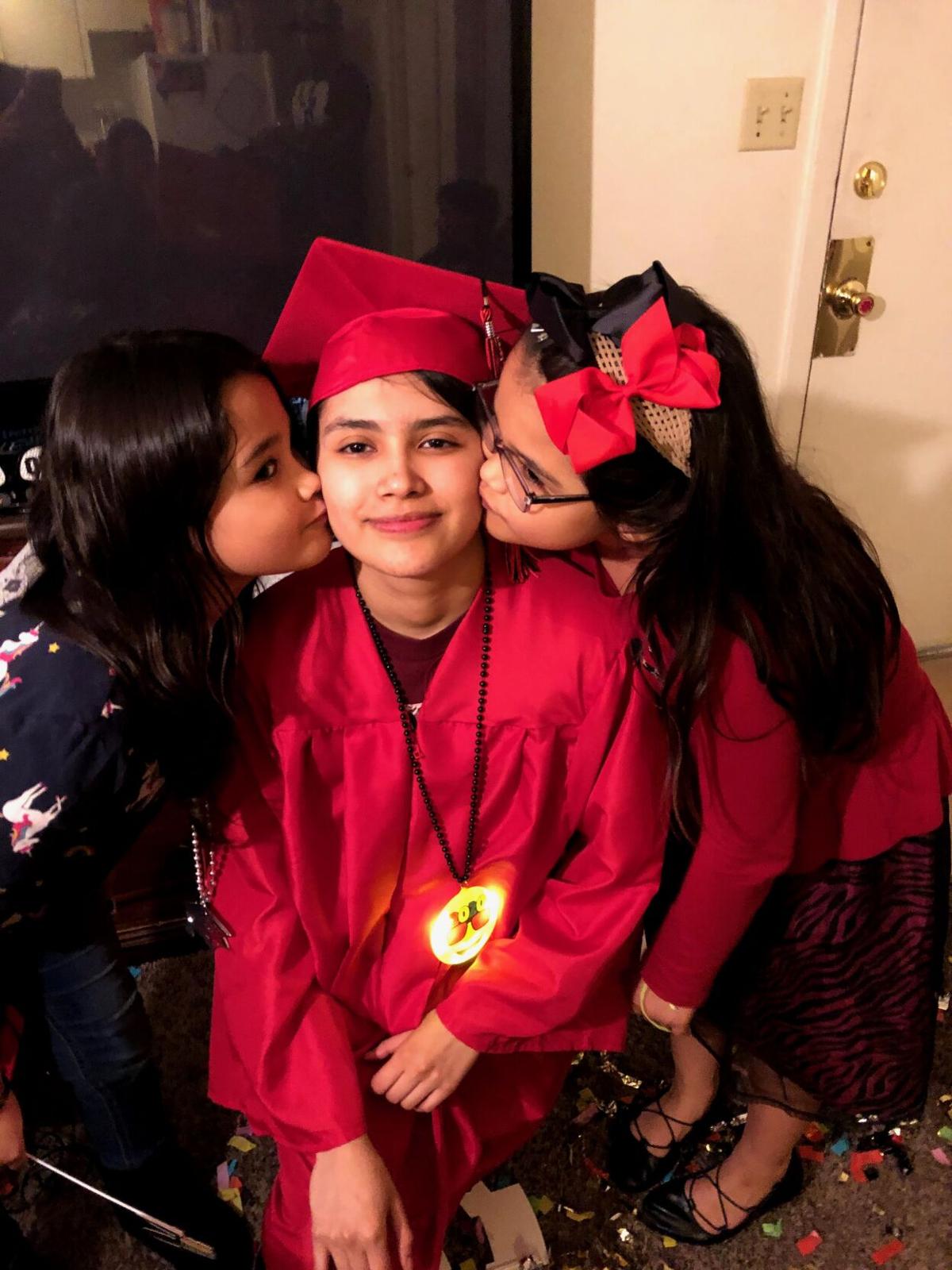 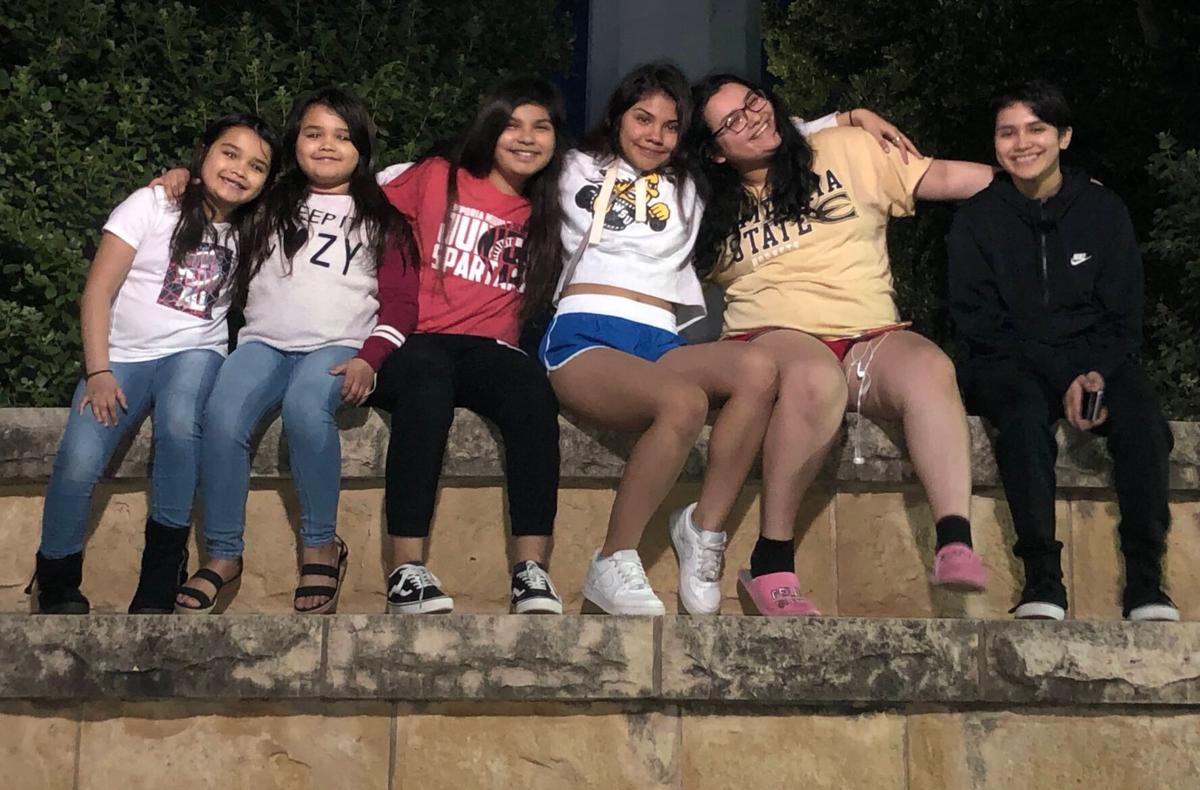 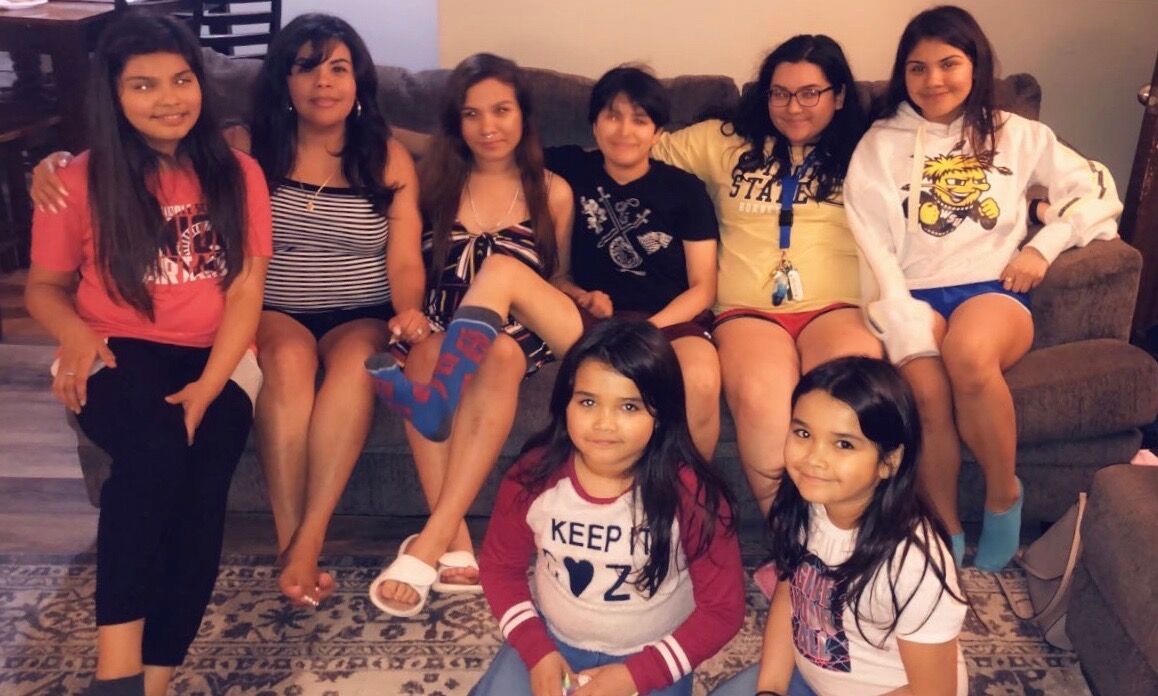 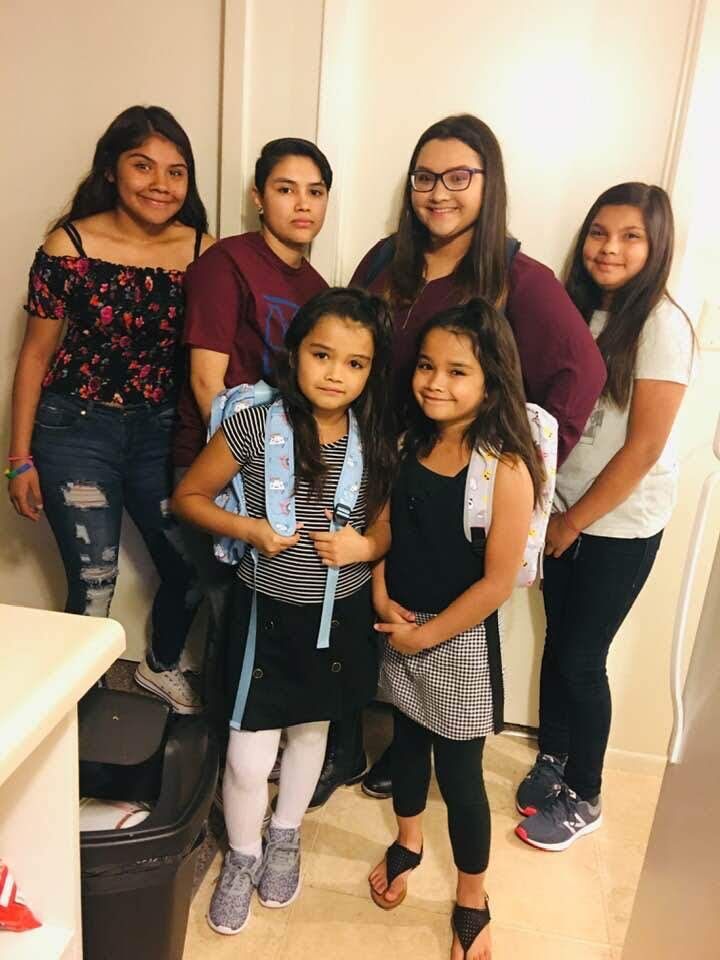 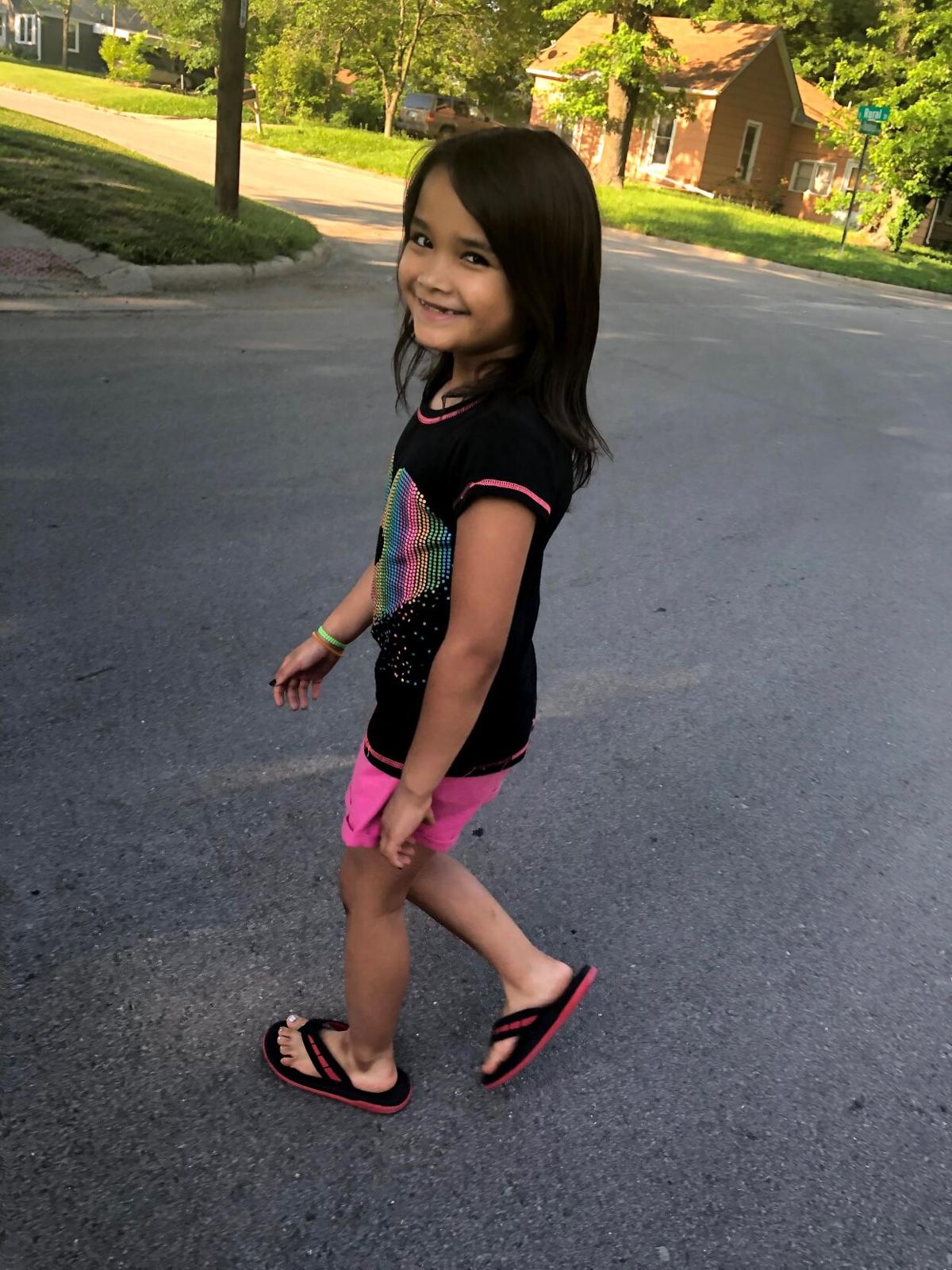 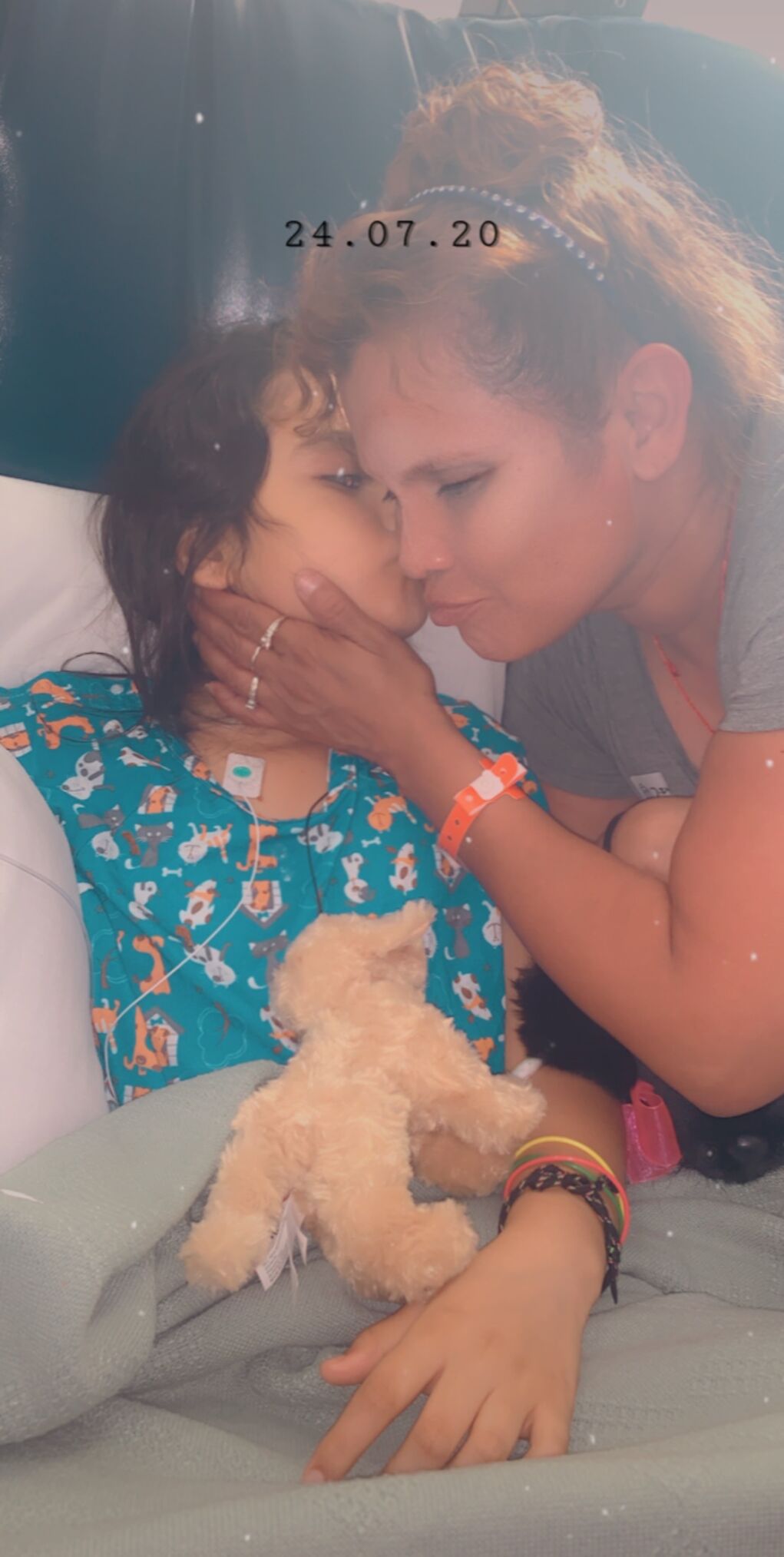 Even in the hospital, Marisol Marin has a sense of humor.

It started with a stomachache and a fever.

Marisol Marin first complained about the sharp pain in her side on July 20.

"I thought it was because she hadn't eaten," Veronica Marin, Marisol's mother, said. "I thought if I could get her to eat, she would start to feel better. She did eat a little soup and I gave her some Tylenol."

Marisol's fever came down, but the usually bubbly 8-year-old said the pain in her stomach hadn't gone away. Marin said her daughter's fever came and went several times over the course of the day. When the fever came back that evening, Marin decided to take Marisol to the hospital.

"They did all kinds of tests and everything was coming back negative," Marin said. "They said that it was probably going to be something like a blockage. They went in and did a CT scan and when he came back, the doctor from the ER came in and he said, 'I hate to tell you this, but your daughter has a tumor in her kidney.'"

Marisol was transported to Children's Mercy Hospital in Kansas City, Missouri that night. Because of the pandemic, her mother had to follow behind the ambulance.

"I was just wondering, 'What are we going to do?'" Marin said. "None of my children have ever been sick. Not like this."

The family was met by a pediatric oncologist. More tests were done.

The tumor had already grown to the size of a football — spanning across Marisol's abdomen. The doctor told Marin that, while he wouldn't know for sure until a biopsy, the tumor was likely malignant but it was too large and too close to Marisol's other organs to safely remove. The goal would be to shrink the tumor with chemotherapy over 12 weeks.

A biopsy was performed and a port was placed in Marisol's upper chest.

On July 24, Marisol was diagnosed with Stage III Wilms' tumor, or nephroblastoma — the most common form of kidney cancer in children.

She had her first chemo treatment July 25.

The baby of the family

Marisol is one of 10 children — nine girls and one boy. She and her twin sister, Marisela, will turn 9 on Aug. 5. Marisol was born three minutes after her sister.

That makes her the baby of the family.

"I just don't understand why this is happening," Marin said. "She's my little baby, because she's my last baby. She's my baby."

Although all of the siblings get along well, Marin said her twins have always had a special bond. The separation while Marisol was in the hospital had been hard on the girls, who are accustomed to spending nearly every second of the day together.

"They're just loving little girls," Marin said. "They don't get into any trouble. They are those kids that just want to be little helpers. It's cute."

This year, the girls were looking forward to starting fourth grade at William Allen White Elementary, but Marin said Marisol's health has changed those plans. After the initial 12 weeks of chemotherapy and projected surgery to remove the tumor and kidney, Marisol will see another eight - 10 months of radiation.

"She's going to be delicate for so long and so much depends on her recovery," she said.

During the recovery, Marisol will be medically fragile. Any type of fever or infection will need to be identified immediately. Marin learned how to identify emergency factors before Marisol was discharged from the hospital earlier this week.

"She's going to have one kidney, which they said she'd be okay with it," Marin said. "She can live with only one kidney, but they have to get the mass out first. It's scary. It's the size of her stomach. I just want her to be okay, and I wish everybody could get to know her because she's a real special person."

A single mother, Marin said she and her children moved to Emporia with the help of SOS, Inc. a little more than a year ago in December 2018.

Marin was laid off a few months ago when the pandemic began and was hoping to start back to work soon. Her unemployment will run out soon, she said, and her only income will be child support.

But, now she needs to focus on her daughter.

Thankfully, she's found a supportive community in Emporia, and has family in town. One of her daughters was heading to Kansas from North Carolina to help out with the younger siblings. Another daughter, who was preparing to enlist in the military later this fall, is putting off her plans to stay and help while Marisol is recuperating.

"I'm very blessed to have all of my children," Marin said. "I never asked them to do this. They just want their sister to get better."

Marisol's chemo regimen will require weekly treatments in Kansas City, plus any other medical expenses or appointments that may arise.

The family has set up a GoFundMe to help with expenses during this time.

And, Marin said prayers for Marisol's recovery are also needed.

"All I would ask for are prayers," Marin said. "I just want people to know that she's a very beautiful person. Her personality is beautiful, and she's just a happy little girl. She doesn't deserve any of this. I just keep asking myself why."

"I just want her to be okay, and I wish everybody could get to know her because she's a real special person."

This is heartbreaking.So Sad. When I first saw the story, I thought it would be the Coronavirus. But, far worse. Cancer is beyond Evil.