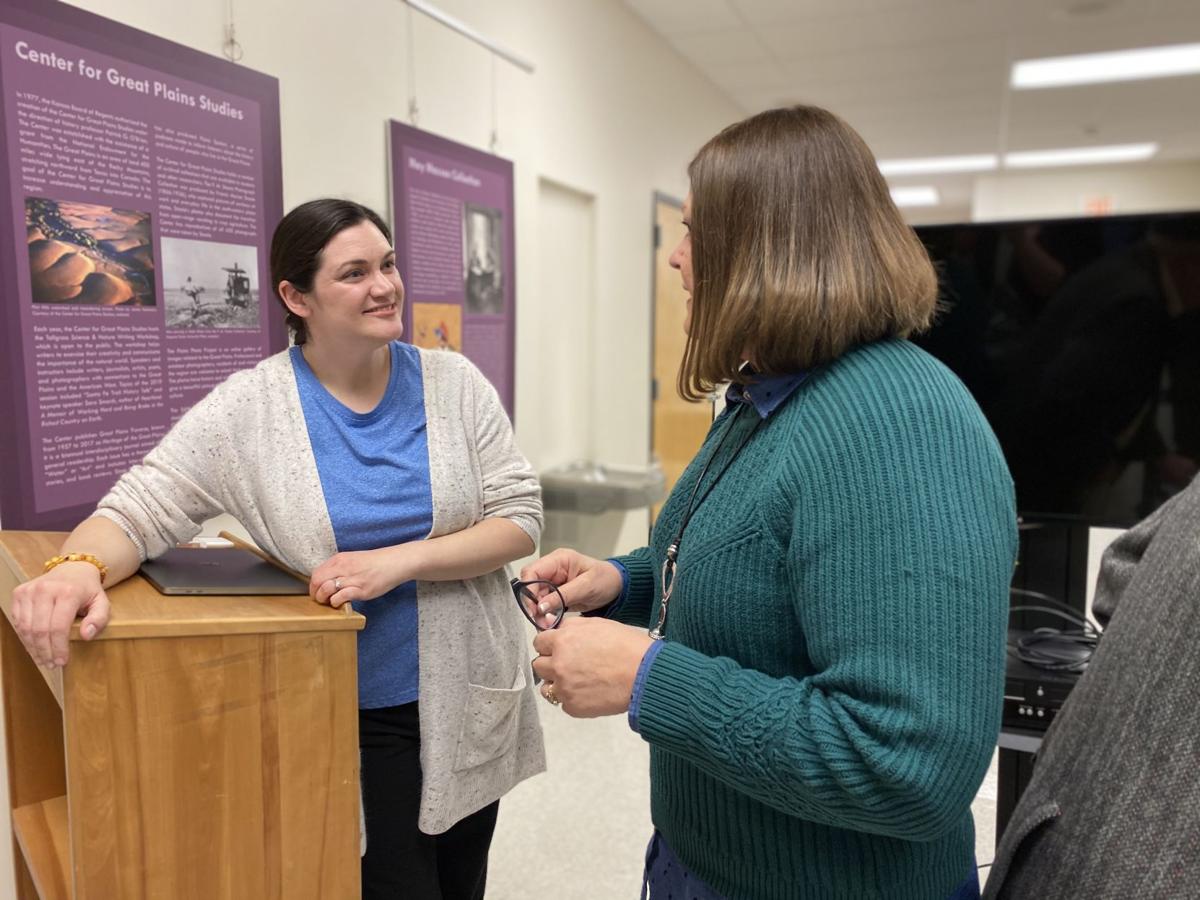 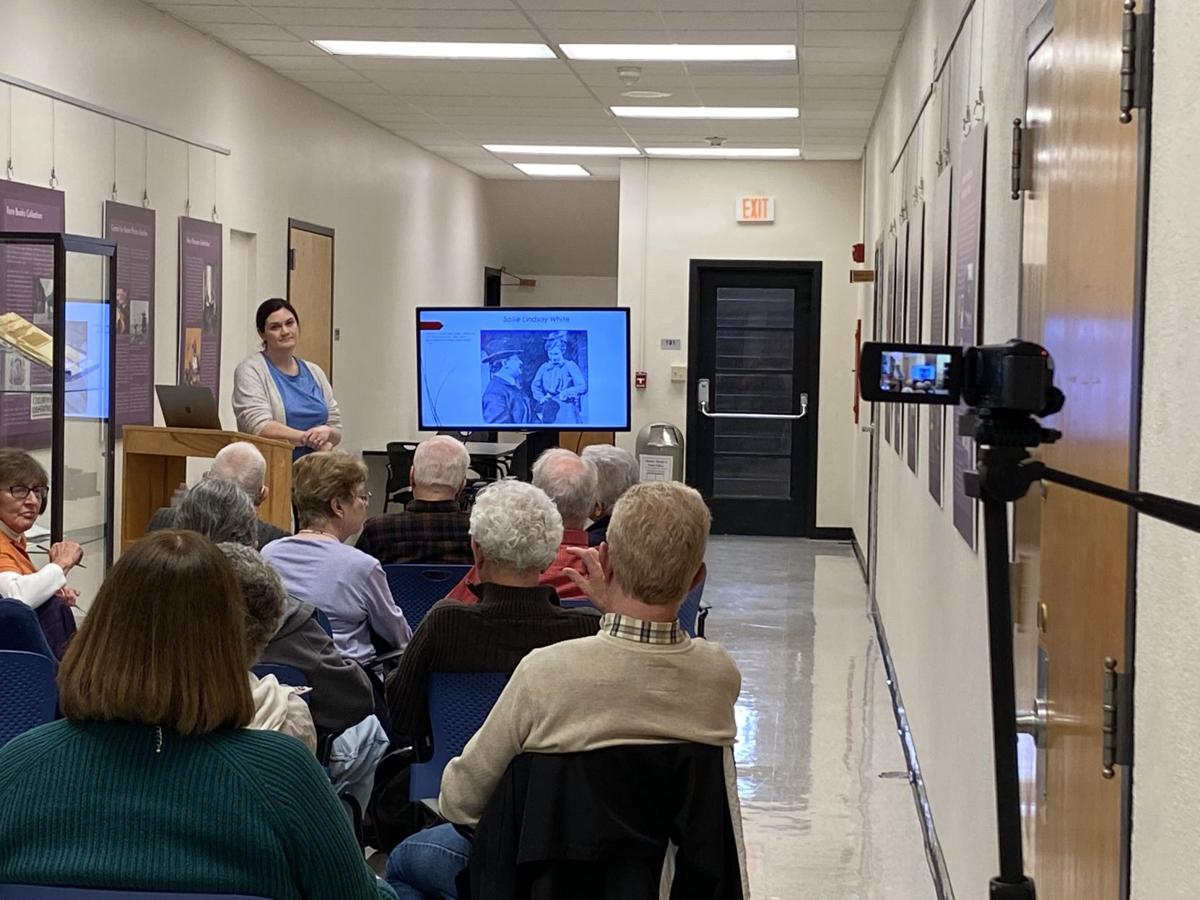 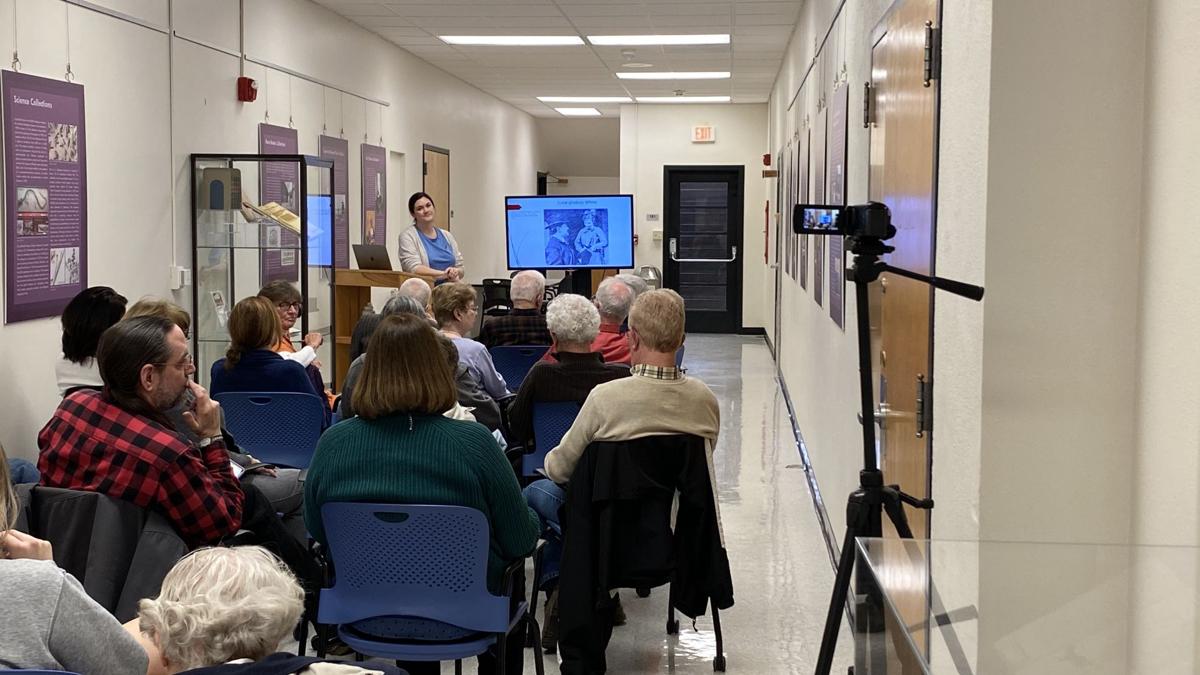 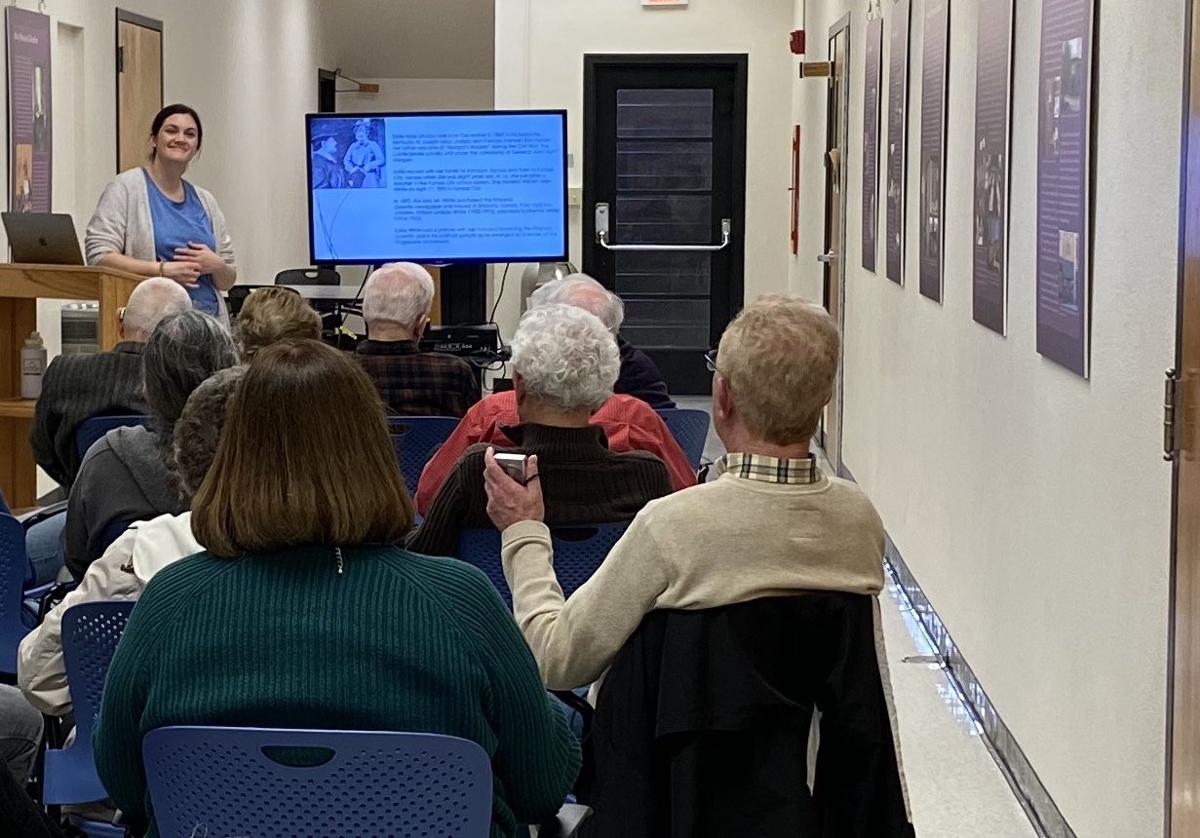 Sallie Lindsay White is often glossed over in historical portraits as nothing more than a former school teacher-turned-doting wife to William Allen White.

Price said her research is part of a digital archiving project heralded by Binghamton University more than 20 years ago. “Women and Social Movements in the United States, 1600-2000” is a massive collection, she said, encompassing a wide array of topics such as Black women’s suffrage, militant women’s activism and more.

When she saw Sallie White’s name on a list associated with Kansas suffragettes, Price said she knew she wanted to do the research.

“I saw her name and I knew who she was and I knew who William Allen White was — going through the Kansas public school system, you learn who he is — but you don’t ever learn as much about female historical figures,” Price said. “I knew she was married to him and that’s all I knew. I just felt like she deserved her due. If I could help contribute a little of that research and give a little bit of history and shine a little bit of light on what she did for such an important social movement in the United States; I wanted to do that, for sure.”

So, Price started digging. What she found was an exciting glimpse into a woman who is often overlooked.

Sallie was deeply involved in the women’s suffrage movement in Kansas, and a member and officer of the Kansas Equal Suffrage Association. She was elected auditor of the group in 1911, putting her in control of the finances. At the same time, Sallie was active in Lyon County’s suffrage organization. Through it all, she had the support of her husband through his work at The Emporia Gazette.

The Gazette was actively publishing editorials in support of the local suffragette movement during this time. Jane Addams, a leading figure in the national suffrage movement, visited the Whites at their home.

And Sallie’s involvement did not end there.

She would be elected the recording secretary for the Kansas League of Women Voters in June 1919, and then vice president by October of the same year. Although no supporting records have yet been uncovered, Price and White historian Beverley Olson Buller believe Sallie White could have been the president of the Kansas LWV at some point.

Price said she was surprised at the lack of information surrounding Sallie White’s social activism, given her marriage.

“It was very surprising,” she said. “Sometimes you have to dig a little bit harder for political affiliations and offices held, but I thought her biographies should be done. Surely someone has written about this, and there are some people putting some pieces out about this, but it’s most about him. I was so surprised at how little information there was about her, and how hard it was to find her activities recorded. It was just more motivation to get this out there.”

Kansas women had started campaigning for the right to vote almost as soon as the state was formed. In 1867, Kansas was the first state in the US to hold a statewide popular referendum on women’s suffrage, though that measure failed. Notable figures of the national women’s suffrage movement, such as Susan B. Anthony and Elizabeth Cady Stanton, visited Emporia as early as 1869.

Kansas became the first state to allow women to vote in municipal elections in 1887, and suffragettes attempted another state amendment in 1894, which was also defeated. Kansas women were granted the right to vote in 1912, making it the eighth state to open the polls to women.

The work to grant women’s suffrage on a national scale would continue, though the yellow sashes associated with the movement were also inspired by Kansas sunflowers.

Price said it’s important to remember that, in the grand scheme of things, 100 years is not that long ago in history.

“I’m a very small part of it, but all of these women were doing a small part,” she said. “The whole group as a whole, spread out across the country was making a huge difference because of the sheer amount of work going into it. You get in your history courses the brief highlights of the movement, and it wasn’t that long ago. We’re talking about the 20th century. I think it’s surprising to women now that it wasn’t that long ago that you couldn’t vote.”

Price said more information about the archive can be accessed by visiting search.alexanderstreet.com/wass.

"I was so surprised at how little information there was about her, and how hard it was to find her activities recorded."