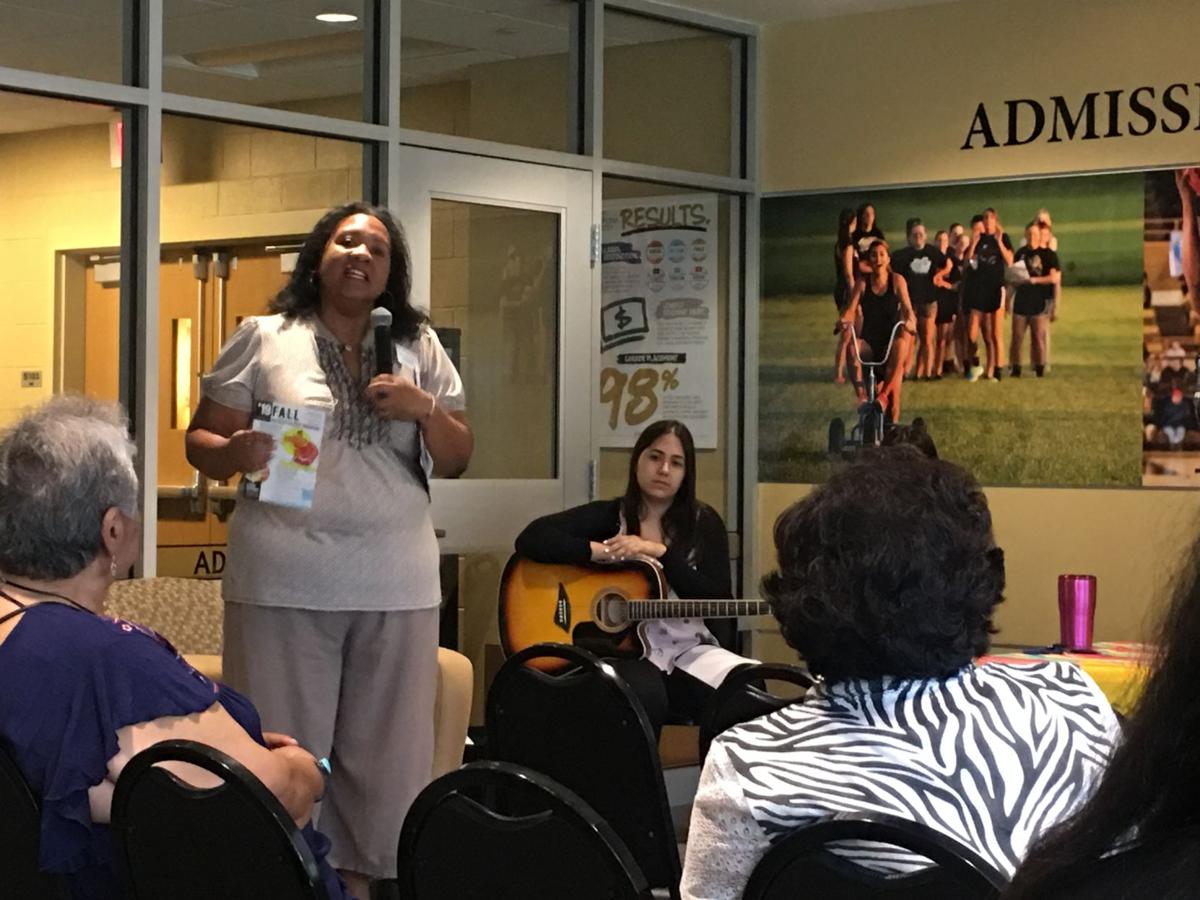 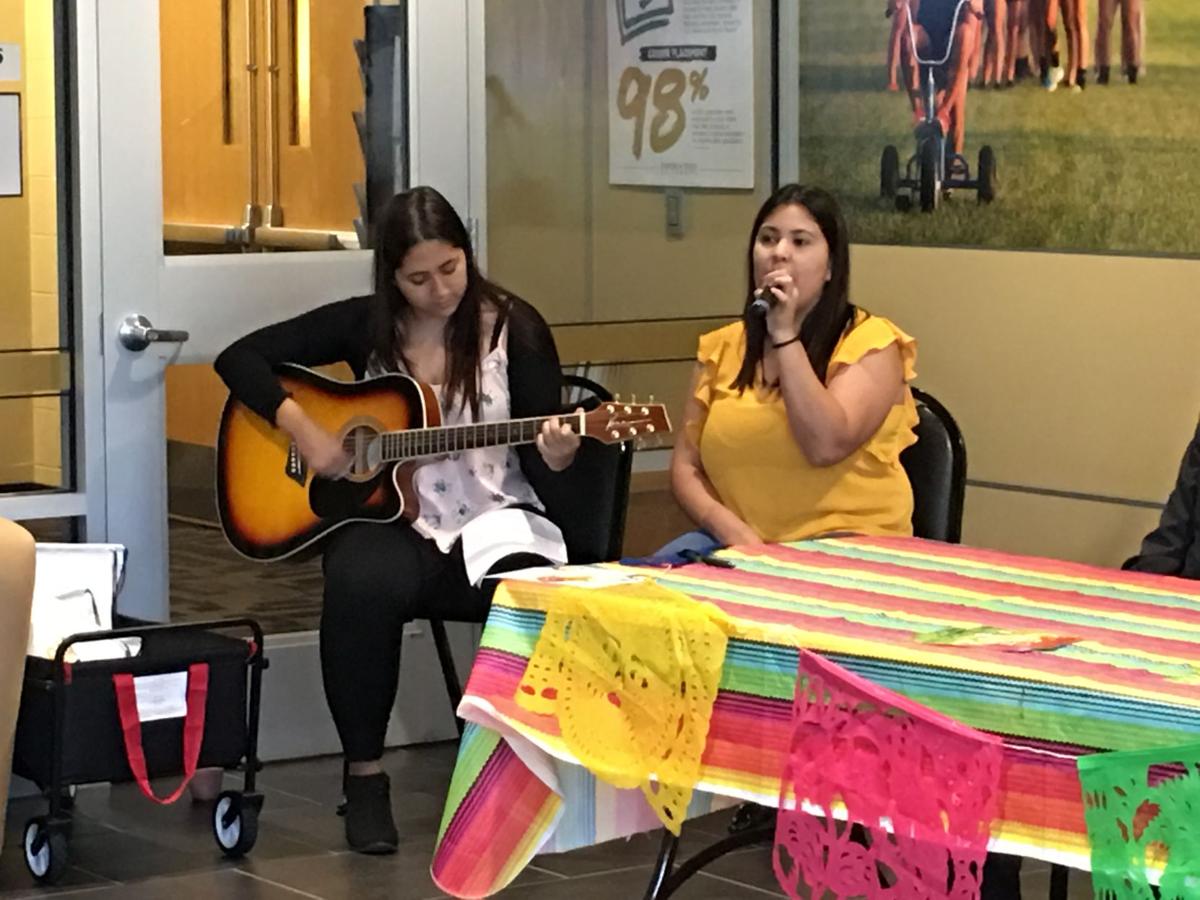 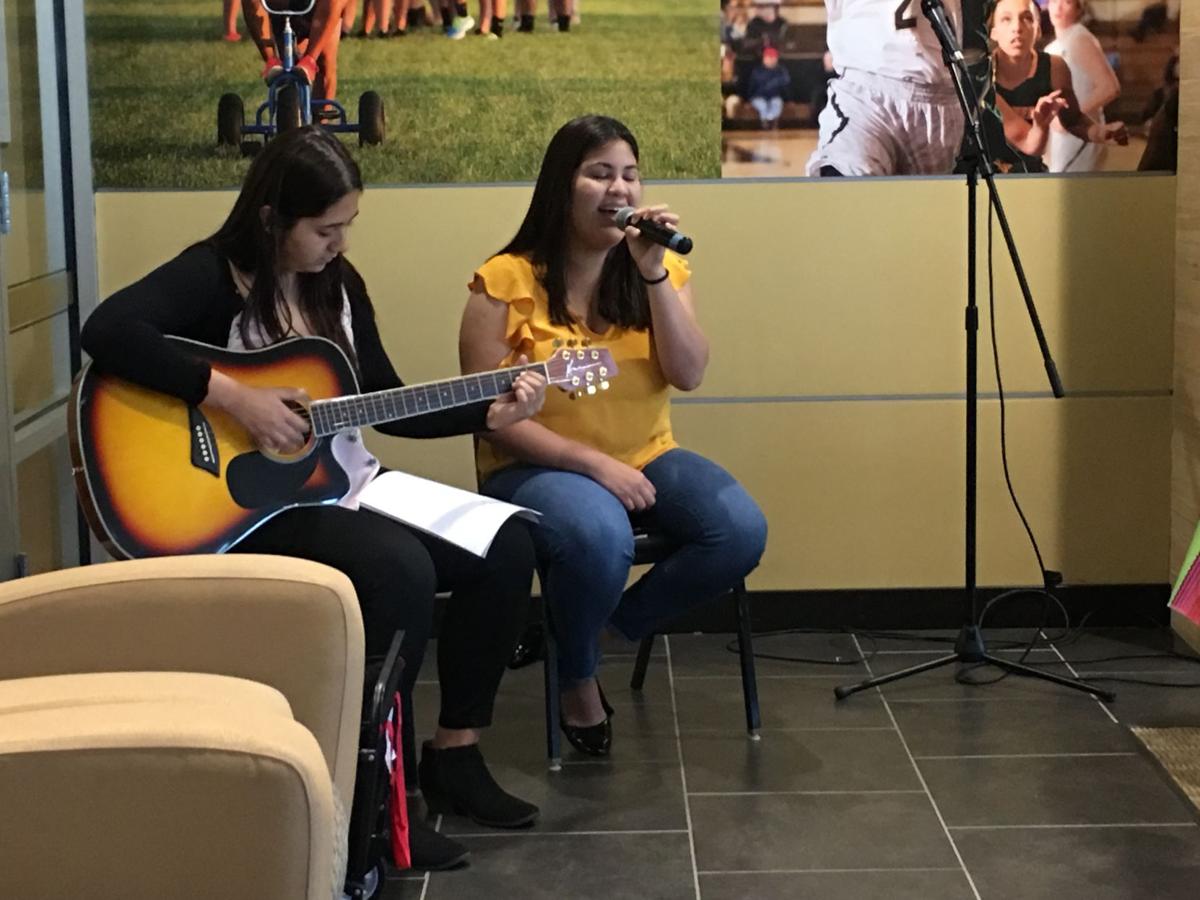 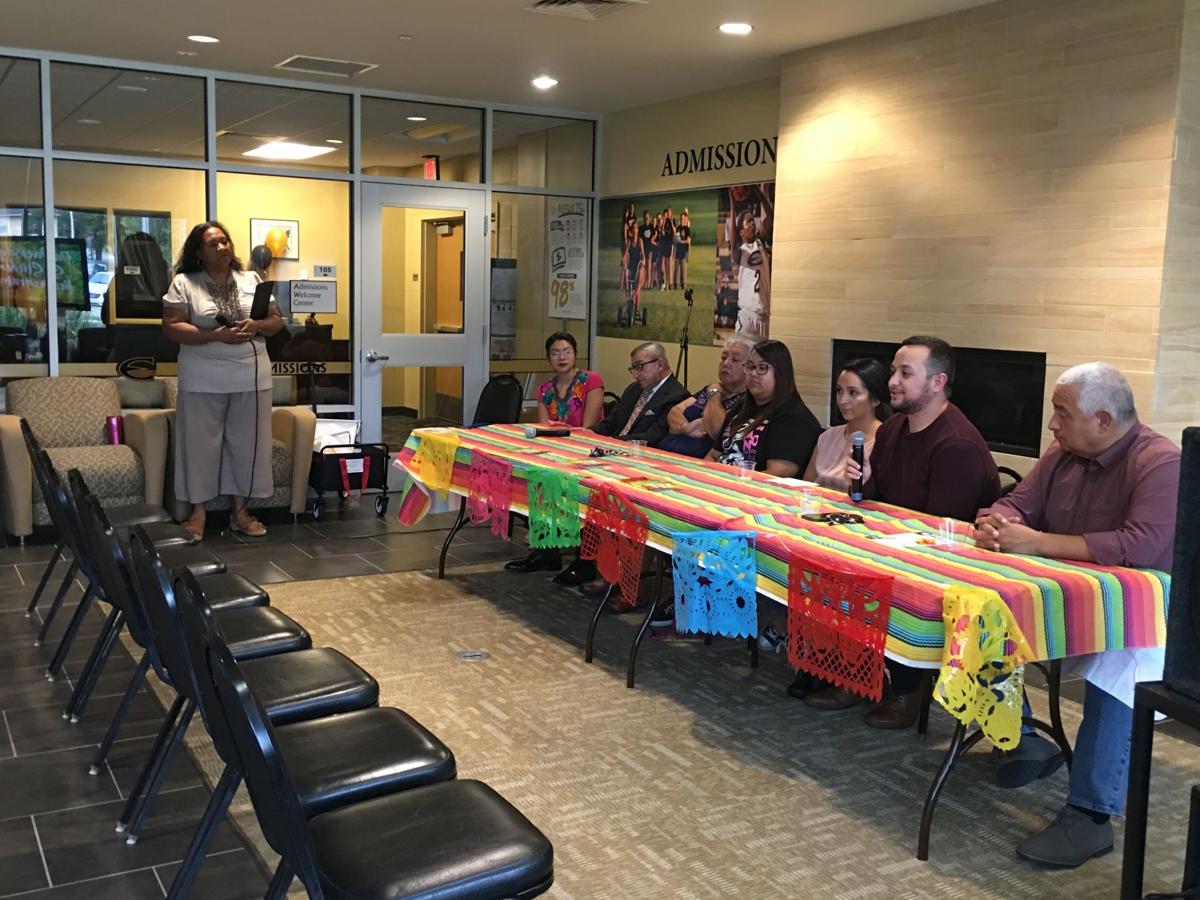 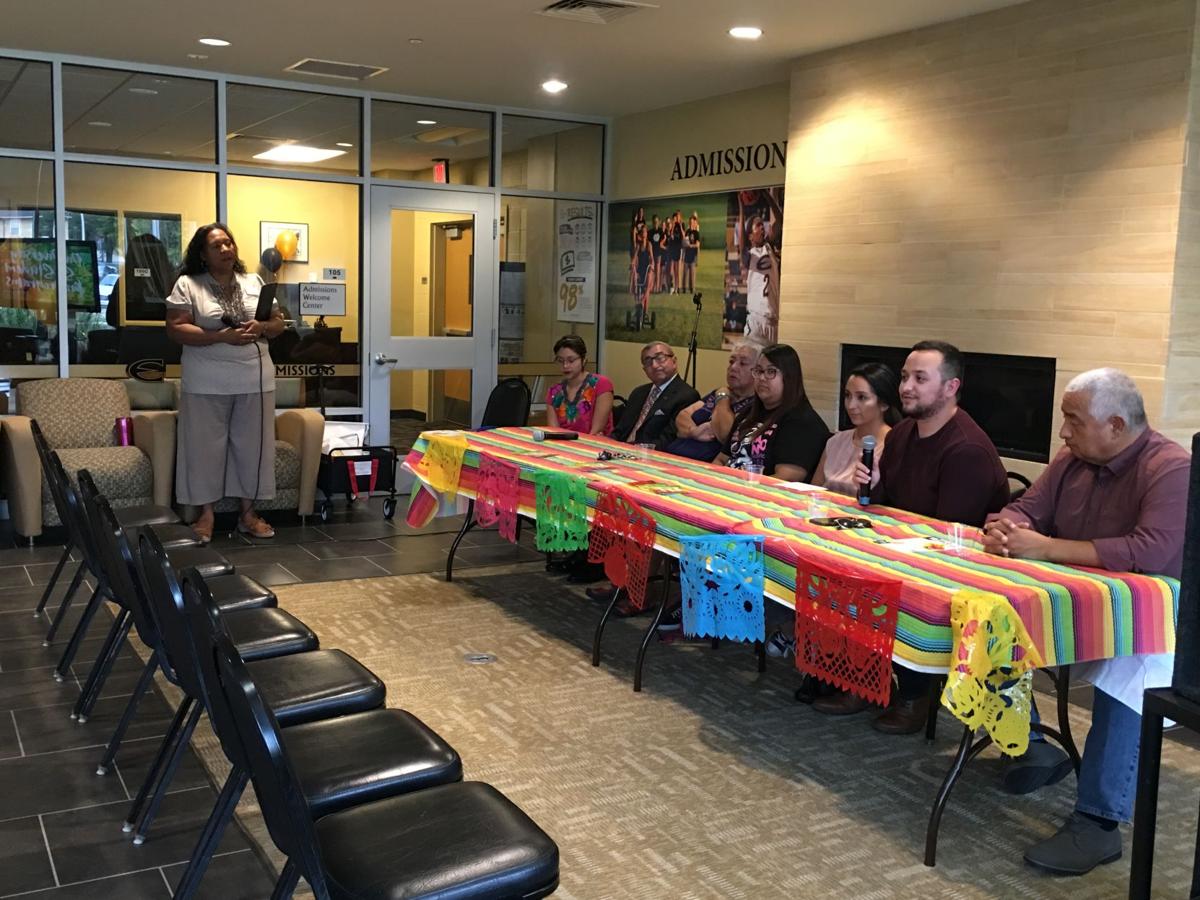 The panelists were Joseph Salazar, Carmen Torres Miller, Emily Velazquez, Christina Reyna, Rick Torres, Michael Torres and Roxana Peraza. They represented a wide array of experiences, some attending college in the 1960s and others graduating as recently as 2018.

Diversity Student Program Coordinator Teresa Taylor Williams, who organized and moderated the panel, began the discussion by asking what Latino-based organizations were available during their times in school. As a multiracial woman at a predominately white university, Taylor Williams said her participation in cultural organizations and sororities helped her feel more included and accepted during her college years.

Salazar, who graduated in 1969, said if there were any Latino organizations at that time he was not aware of them. At that time, he said, he was focused solely on his education.

“I was a student here and I worked hard and I enjoyed it,” he said. “I was a student, but I wasn’t really involved in a lot of other activities other than school.”

Miller graduated in 1968 from the former Newman School of Nursing as the first Mexican-American to apply and be accepted into the nursing program in Emporia. That meant there were no cultural organizations for her to join during her time as a student, either.

“When I went, I felt isolated and I felt alone, but I had a wonderful class,” she said. “I remember the first day showing up at the hospital cafeteria and I was sitting by myself because I was the only non-white person there. A big country girl hollered at me, ‘Hey, Torres, get over here.’ And she included me in everything, but there were no cultural clubs or organizations. The main thought was, we were there to study, we were there to learn, we had an opportunity. Nobody else was with us. There were very few of us who proceeded to go further.”

Rick Torres said he could not remember any groups during his time at ESU, but was a member of what was then the Mexican-American and Indian Student Organization at Emporia High School. The group is still active today as Latinos Unidos, and is something his son, Michael Torres, was also a part of during his time at EHS. Rick Torres said he was excited to see how many more diversity programs and clubs had cropped up since he was a student.

“It was a different time,” Rick Torres said. “I’m so blessed to see how it’s changed a lot for my son and how organizations are doing so much more.”

Reyna, a 2016 graduate of ESU, said it was important to her to be involved in Latino organizations. She is a charter member of Kappa Delta Chi, the university’s first Latina sorority.

“Coming to college, I always wanted to join a sorority, and I did look at other sororities, but I didn’t feel like I belong and there weren’t women like me,” she said. “To have someone ask me if I wanted to help start a sorority for women like me, I thought that was pretty awesome. It was one heck of a ride, but it was totally worth it.”

The panel also discussed the importance of education as a whole.

Peraza, who graduated with her Bachelor’s in 2013 and Master’s in 2018, said her parents served as a big inspiration for her to continue her education.

“My mom only went to fifth grade and my dad got his high school diploma,” she said. “They just were adamant that we get our education. I had my son in my first year here and they said, ‘You just have to keep going.’”

Taylor Williams said the panel was a way to celebrate the accomplishments of a wide range of ESU alums who have all come from a vast array of backgrounds and experiences.

“To have organizations and events where we can learn about other cultures is so important, because that’s what college is all about,” she said. “We had an array of different people on the panel. My own mother — who in the 60s was a part of Newman — and then we had students who just graduated last year. Having that range helps us speak to how things were and how things are now. It shows that ESU is a special place.”

The final event for Hispanic Heritage Month will be a free food tasting from 5 - 8 p.m. Oct. 8 in the Memorial Union.