Sign Up
Log In
Purchase a Subscription
You are the owner of this article.
Edit Article Add New Article
You have permission to edit this article.
Edit
Home
News
Sports
Obituaries
Area News
Print Edition
Magazines
Covid19
Classifieds
Subscribe
1 of 9 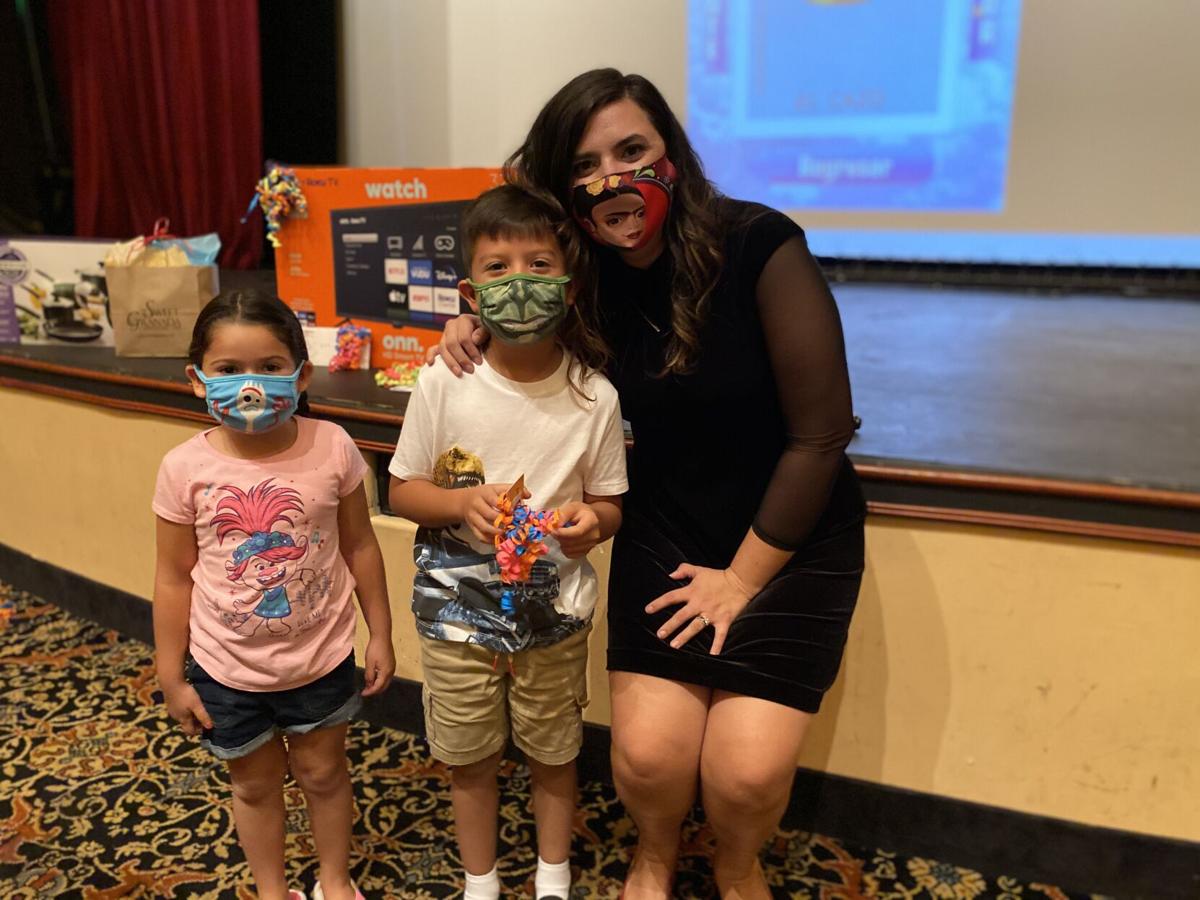 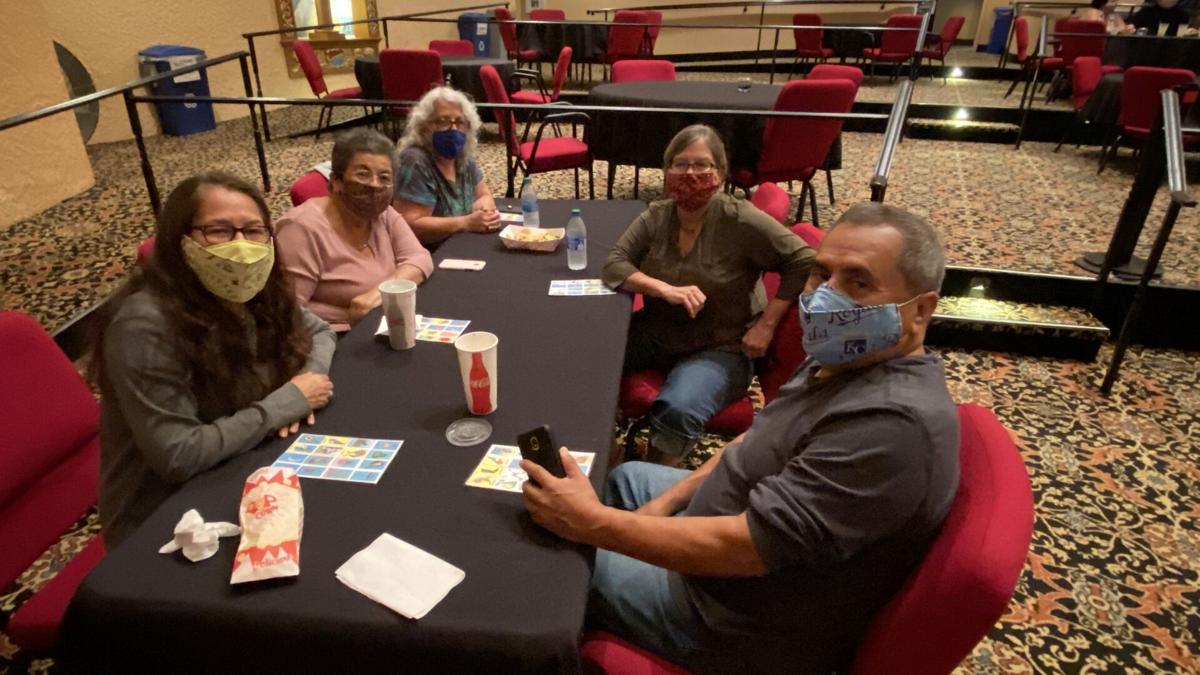 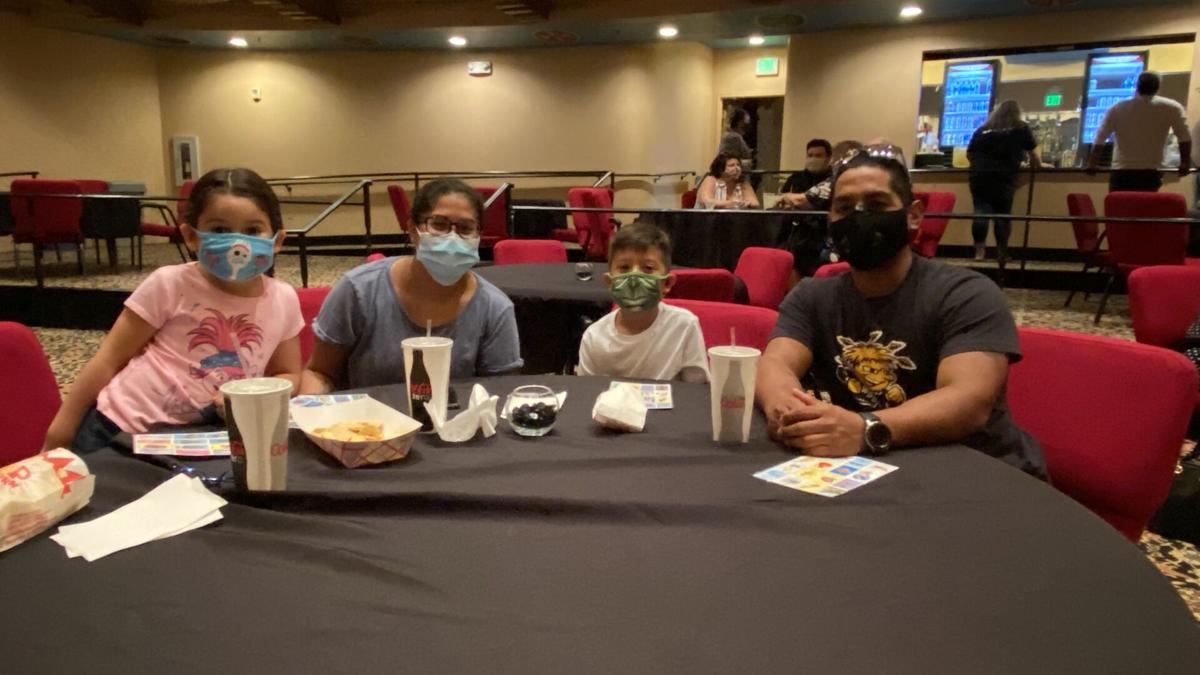 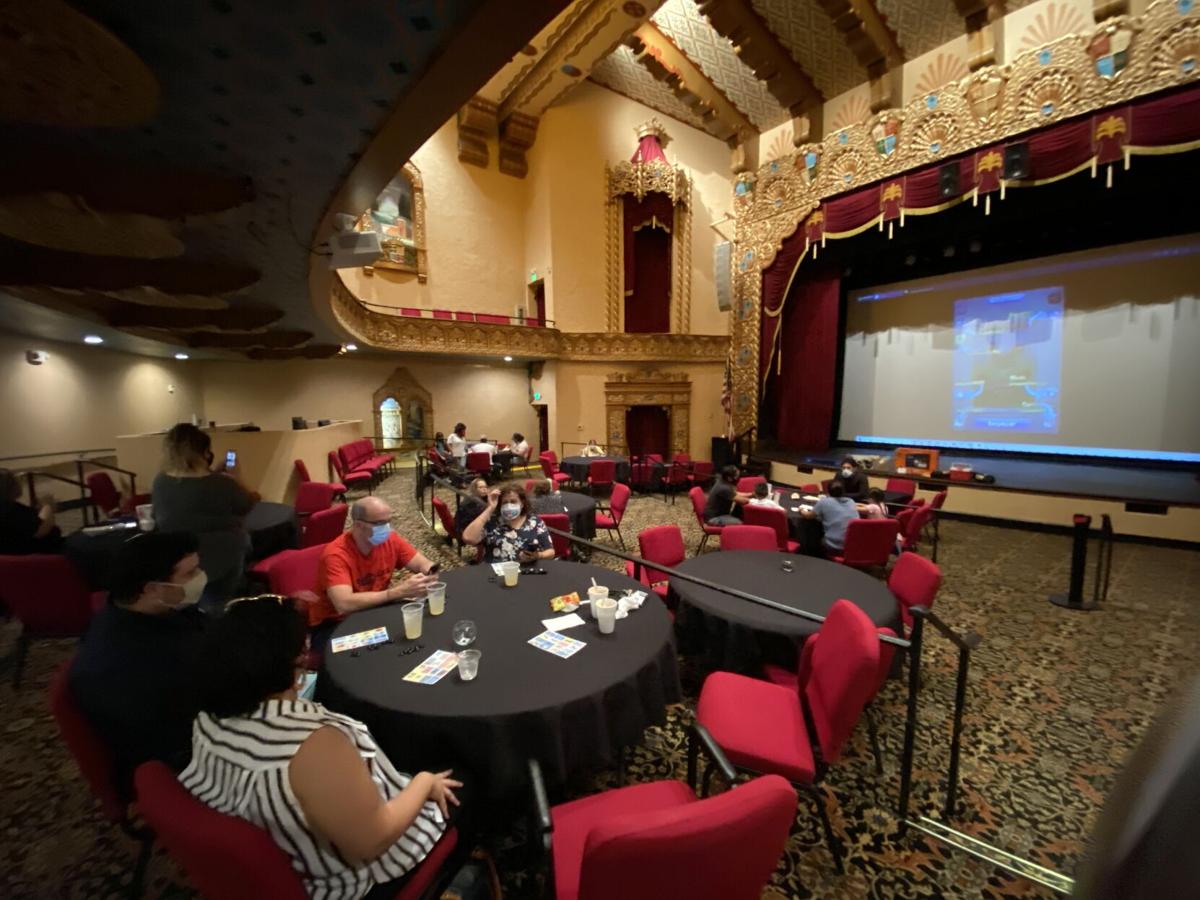 Tables at the Granada were spread out for social distancing. 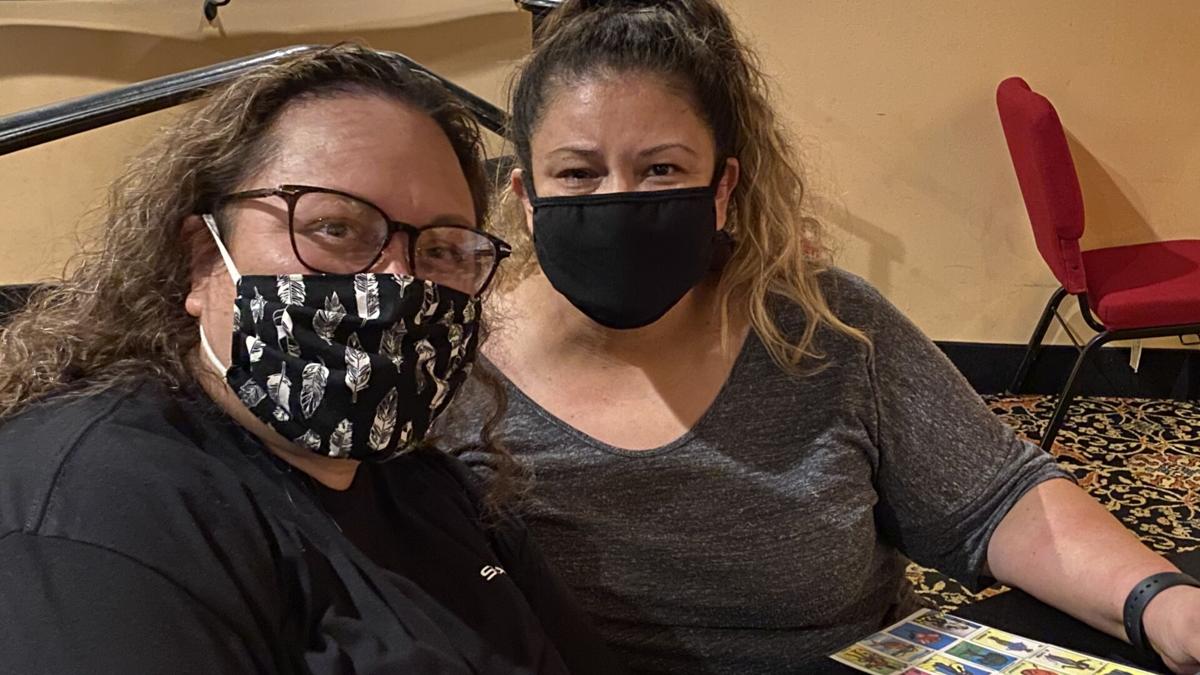 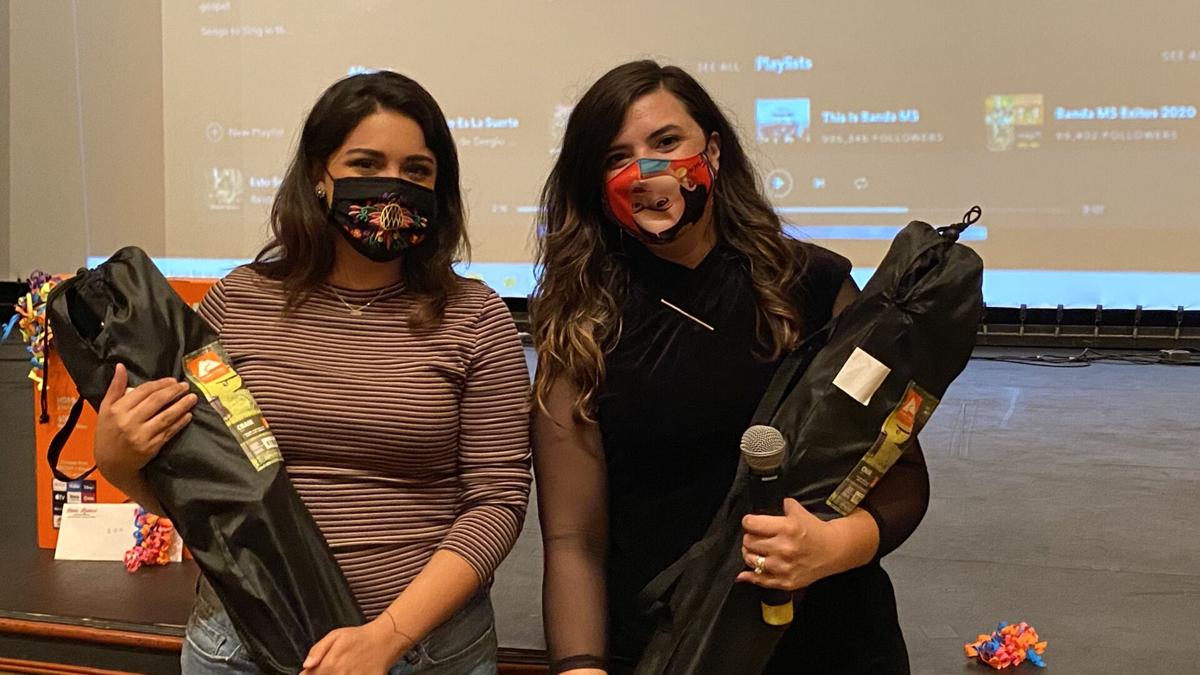 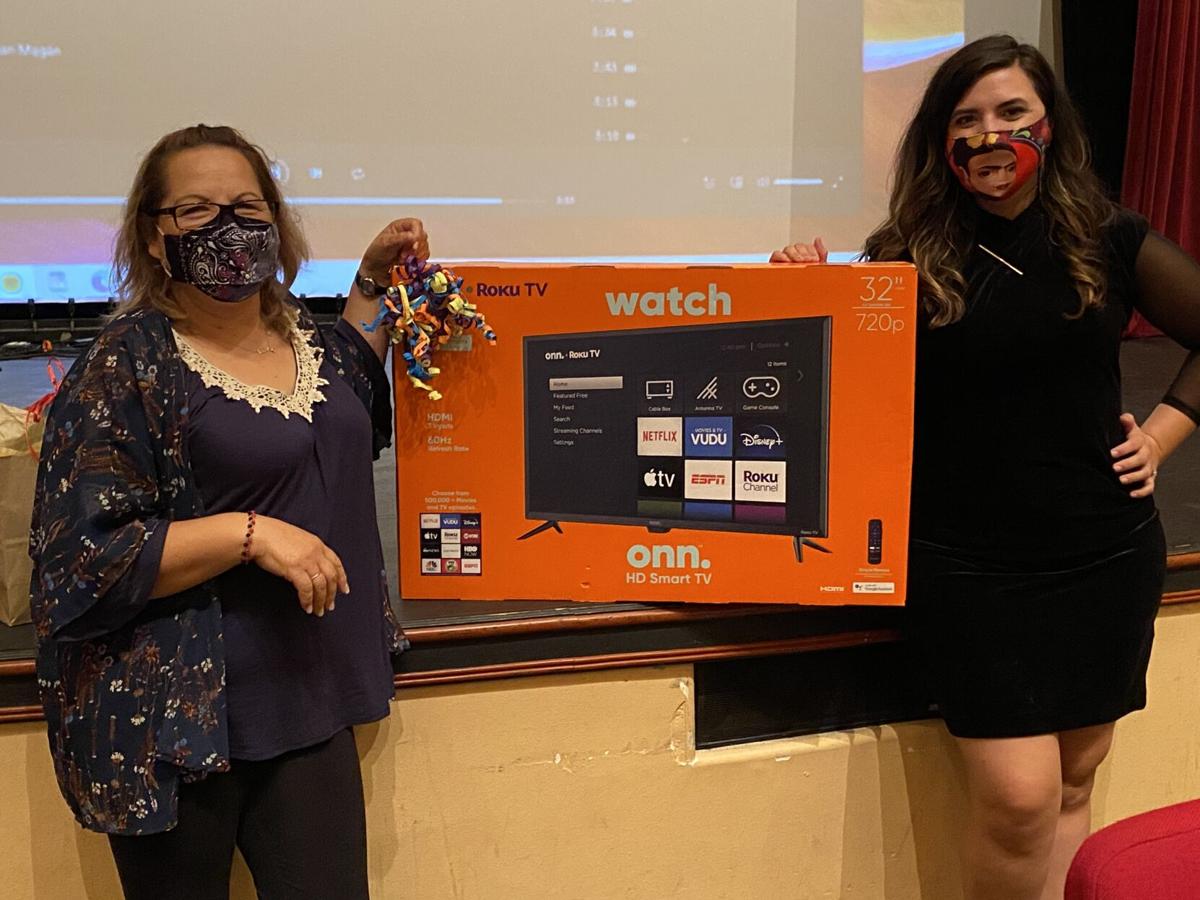 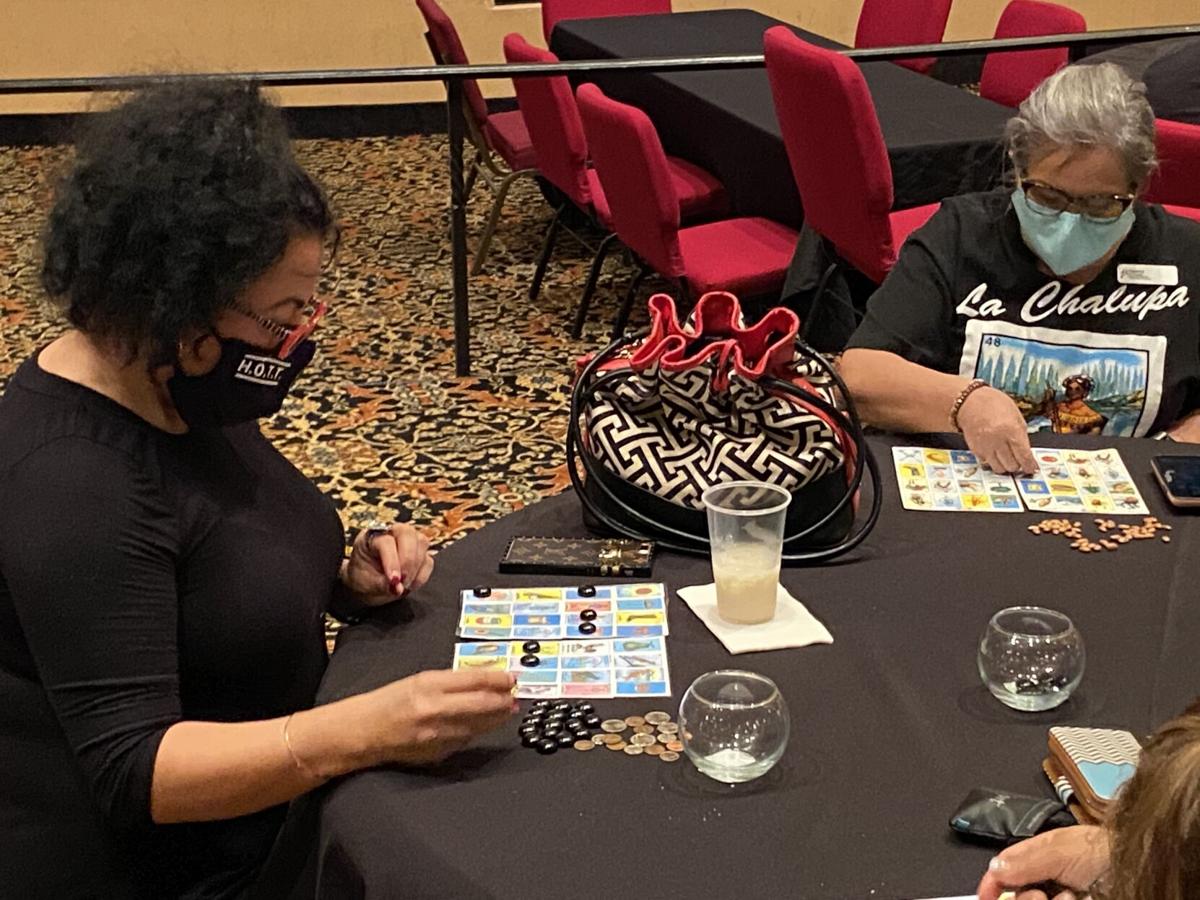 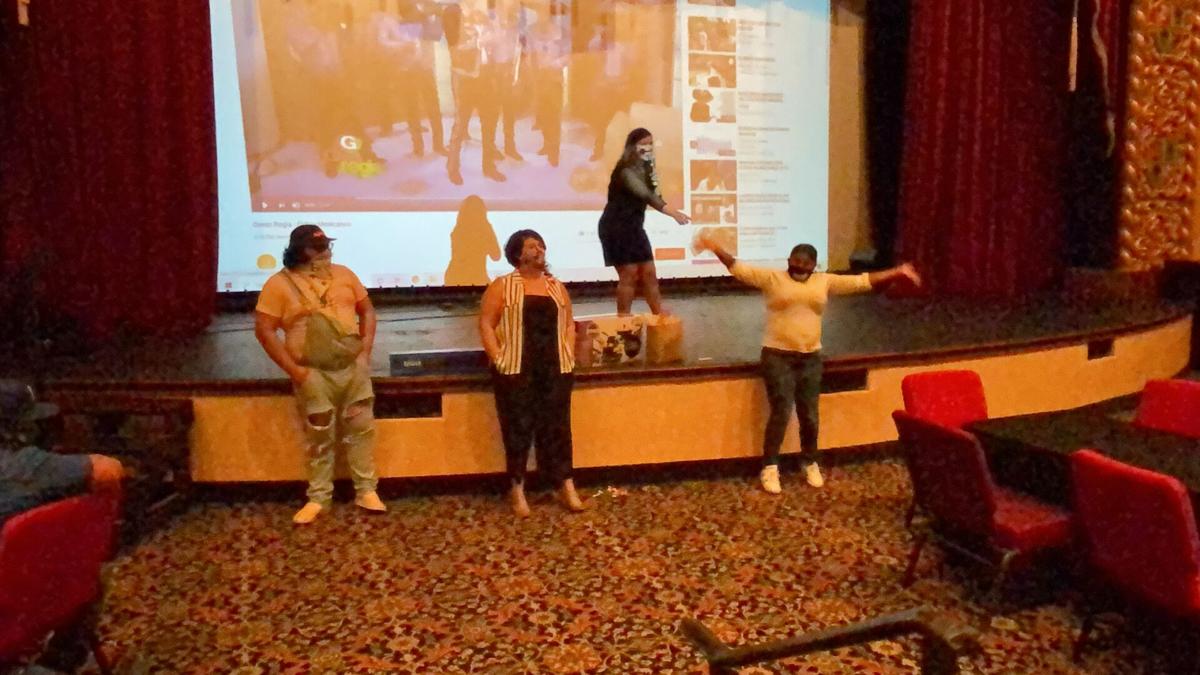 Angelica Guerrero, right, celebrates after being named the winner of the grito contest at the Granada, Saturday.

Tables at the Granada were spread out for social distancing.

Angelica Guerrero, right, celebrates after being named the winner of the grito contest at the Granada, Saturday.

Stakes were high at the Emporia Granada Theatre during a 10-round game of Loteria, Saturday night.

The event was sponsored by Hispanics of Today and Tomorrow as a fundraiser for the theater. Due to COVID-19 restrictions, the Granada limited participation to 45 guests with tables spread out well beyond the 6-foot social distancing guidelines. Guests remained masked throughout the evening, unless they were enjoying some of the food and drinks available for the evening.

Lotería, or Mexican bingo, is a game of chance that uses images on a deck of 54 cards instead of numbered ping pong balls. Players mark off their cards as the cards are announced and the first person to match all 16 pictures on their card yells, “Loteria!” or “Buena!”

The game is quick-paced and can get competitive when played among family and friends, according to Granada Executive Director Rebeca Hererra.

“The funny thing about it is you don’t repeat what the card is and it goes very fast,” she said. “That’s the hard part of the game. When it goes it goes, and if you’re not paying attention you can’t be like, ‘What was that?’ because then you miss the next card.”

Hererra said games in her family always have money at stake — usually a quarter — and that makes the games even more competitive.

Saturday’s games were worth more than $600, quite a bit more than just $2 a round. Prizes included a TV, restaurant certificates, gift cards and cash. Hererra said she was impressed with the prizes available.

“Winning a TV for playing a round of loteria is pretty crazy,” she said with a laugh. “Hispanics of Today and Tomorrow did an incredible job getting prizes together for this.”

HOTT Spokesperson Sally Sanchez said the group was excited to collaborate with the Granada on the event. It was important to show the community that the theater was for “everyone” — not just a small part of Emporia.

“A lot of people have never stepped foot into the Granada, so this is a good way to share this space with them,” she said. “This is the second time the Granada has had loteria and I think each time, more people are going to hear about it and want to come.”

Apart from rounds of loteria, three players also took part in another contest to see who could do the best Mexican grito.

A grito is a musical cry that is more than just a loud yell. Rather, it’s an expression of joy, pride and excitement.

With three strong contenders, Angelica Guerrero was ultimately chosen the winner by the audience and took home $20.

Guerrero said she was enjoying the evening.

“We’re having a really great time,” she said.

Hererra said she was grateful to Sally Sanchez and Veronica Sotelo of HOTT for organizing the fundraiser and was looking forward to bringing more events that showcase the diversity of the Emporia community to the Granada.

Hererra said the pandemic has slowed some of that progress, but there are still some fun events on the horizon.

At 7 p.m. Saturday, the Granada will hold the Black Tie Murder Mystery, which is an interactive play where guests need to figure out who the murderer is as the story unfolds. Tickets are $35 and include a three-course meal.

As of press time, only five tickets were remaining for the event, so visit http://www.emporiagranada.com or call 342-3342 for more information.

Hererra said the Granada was also offering discounts on venue rentals for private events of all sizes. For more information, call 342-3342 or visit www.emporiagranada.com/rent-our-space.

"That was my main focus when I took over the Granada was to make the Granada a very diverse venue."