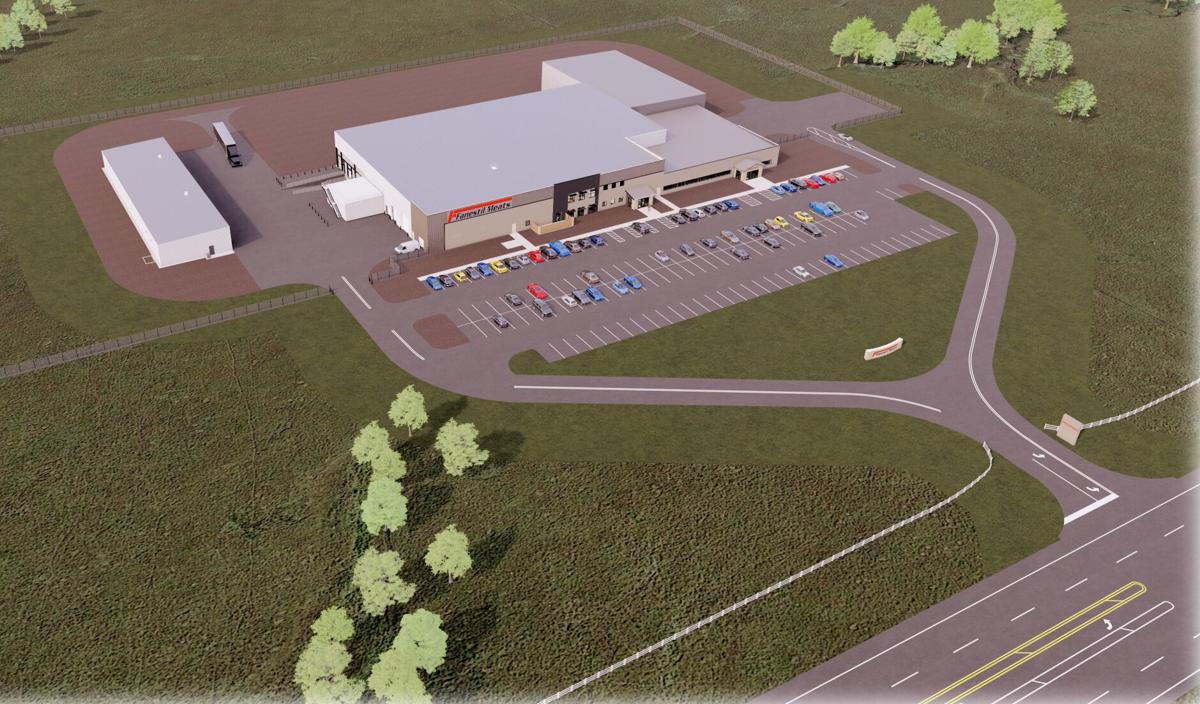 An architect’s rendering of the planned new Fanestil Meats production facility, attached to its retail store on West U.S. 50. Construction was expected to begin Monday. 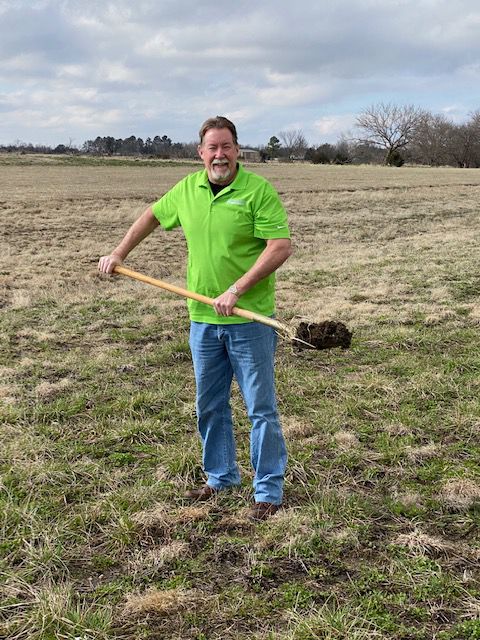 An architect’s rendering of the planned new Fanestil Meats production facility, attached to its retail store on West U.S. 50. Construction was expected to begin Monday.

Fanestil Meats has waited a long time to expand its facility. This week the long wait will end.

Fanestil Meats will begin construction on a new 40,000-square-foot Value Added Food Processing Facility to bring all their manufacturing into one location. The cooking and smoke house facility will be attached with the warehouse & retail store at 4700 W. U.S. Hwy. 50.

A construction trailer and equipment should arrive this week to begin working on a the new plant, the new $14 million processing facility. As construction is set to begin this week after nearly 24 years of effort by Dan Smoots and his wife Jan, they are relieved to finally see progress.

Since 1998 Smoots has been working to get their business out of the flood plain on South K-99. Over the last several decades heavy rains would flood the plant or even just the roadway to stop production.

“I wrote the first letter to FEMA on Dec. 7 of 1998,” said Dan Smoots, owner of Fanestil Meats. “We have probably stopped production 30 times since 1997 due to flooding.”

Lyon County officials talked about tearing down the complex 10 years ago. But Smoots now is in the middle of his third application for a FEMA grant. Fitting for his address, they’ve been filed on the nines: first in 1999, then in 2009 followed by the most recent in 2019.

Fanestil is prepared to absorb the cost of all the expansion. They do have a FEMA Grant but that won’t provide any relief until 2023.

He admits the federal money might not arrive until well after the planned completion but that it would help with the demolition of the old plant and other expenses in 2023 which is also Fanestil’s 80th anniversary year and the 25th year Dan and Jan have owned the company.

Compared to Fanestil’s warehouse and retail store, the new $14 million processing facility will be complicated to meet all the federal guidelines. In fact, Smoots compares it to building a hospital.

“You have to have an extremely clean environment,” he said. That will mean numerous utility lines and sanitizer lines to prevent germs. And not one single sanitizer.

“If you only use Clorox-based sanitizers, germs can learn how to beat that,” Smoots explained. Sanitizers will be rotated like rotating with an ammonia-based sanitizer, so germs don’t develop what Smoots called a “biodefense” against one brand.

As Fanestil Meat closes in on 80 years in business, it continues to see strong sales for their products.

“We’ve really outgrown ourselves down here,” Smoots said of the current processing complex on South K-99.

Fanestil’s business grew by about 15 percent last year, Smoots said, and is on a pace to grow 20% this year. He thinks 2022 will have a similar pattern. He estimates the retail store welcomes about 600 customers each week.

“We’re making some product Monday and shipping them on Thursday,” Smoots said. His normal inventory usually is out at least three weeks but demand is so brisk they are struggling to keep up.

Smoots partly credits the return of county, regional and state fairs with the boost in business this year. He said in some cases, attendance jumped as much as 40%.

Fanestil sells everything from hot dogs to prime rib in its store and online. It ships ground chicken from Emporia as far away as Singapore. But Smoots says he’s always open to new ideas.

“We were contacted from a company in Oklahoma that wants us to make kolaches,” Smoots said. While some food websites may dispute this definition, he added, “as a kid, it was a pig in a blanket.”

Smoots will be working this winter on developing kolaches for vending machine sales. Fanestil is also working on vegetable products.

“We’re going to experiment with a veggie dog for fair people,” Smoots said. “We’re not into Beyond Meat or into tofu.”

At last, such great news. I love Fanestil's meats. Their hamburger is especially good because it doesn't contain water. Their wrap system is the best for freezing too. Congratulations to all of them. No more floods.