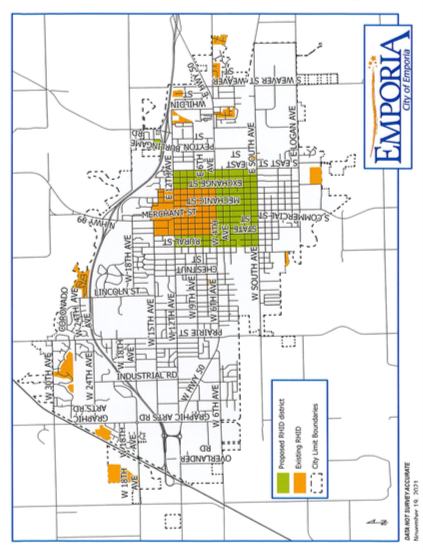 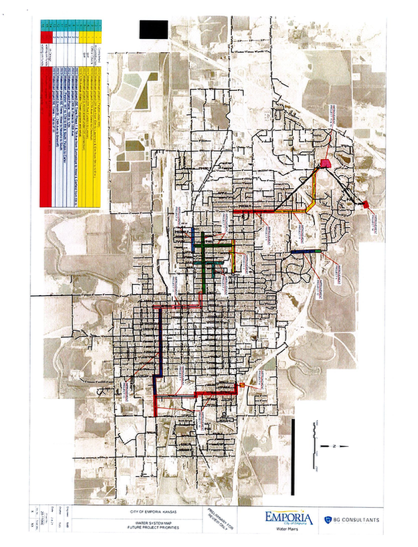 The city of Emporia will move ahead with the design of a proposed waterline project in northeast Emporia after city commissioners approved a contract with BG Consultants Wednesday afternoon.

The $232,075 design contract will see the addition of a 24-inch waterline that extends from the water plant to 18th Avenue at Prairie Street. The cost will be reimbursable through the State Revolving Loan Fund.

Public Works director Dean Grant said the waterline would give the city another water crossing over Interstate 35, by combining the existing 20-inch and 16-inch lines.

Grant initially spoke to commissioners about the project on Nov. 17. Commissioner Danny Giefer asked if any other work needed to be done in that area under the interstate that could potentially be done at the same time.

Grant said he didn’t think so at this time. Outgoing city manager Mark McAnarney said upcoming work on the Lincoln Street underpass — scheduled out in the next two years — would give the city another opportunity to add an additional waterline under the interstate.

“We also know the 20- and 16-inch [waterlines] that come across that road will need to be done,” Grant added. “This line will obviously help with that process. We can then take one line out of service and that line can then be replaced in place, so you would just take it out of service, dig it up and put a new line right back in its place.”

He said that the new 24-inch line will have the capacity to make up for two of the city’s four waterline crossings under the interstate.

The total estimated cost of the project is a little more than $2.7 million.

Grant also asked commissioners to consider awarding a low bid for improvements to Lift Station No. 2 to Walters-Morgan Construction. The $1,536,777 bid came in under the projected engineer’s cost of $1,553,416.

In other business, a decision to accept a FEMA grant on behalf of Fanestil Meats was tabled for two weeks. McAnarney said there were “approximately 11 items” on a memorandum of understanding and more time was needed to review them.

Commissioners also approved a resolution for the addition of potential Rural Housing Incentive District areas to the city. The boundaries were redrawn to the original town site of East Street to West Street and 12th Avenue to South Avenue. The resolution and supporting documents will now be sent to the state and, if declared eligible, will be added to the city’s inventory of eligible RHID areas.

Amended the 2021 budget for the Multiyear and Industrial Development Sales Tax funds.

Reappointed Jennifer Wegener to the Convention and Visitors Advisory Board

Approved the city’s participation in the National Opioid Settlement.