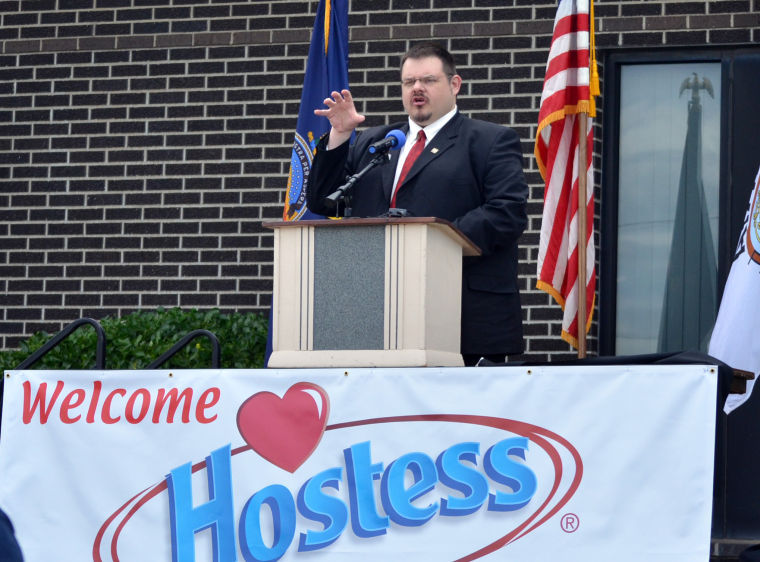 Rob Gilligan speaks at the Hostess Brands ribbon-cutting ceremony in 2013. 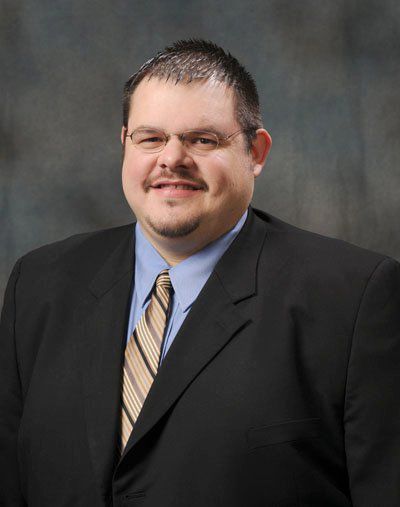 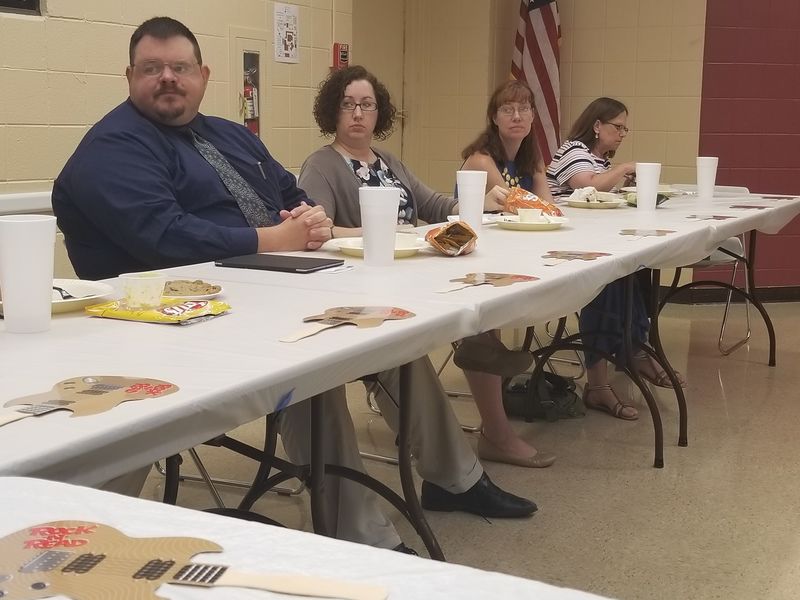 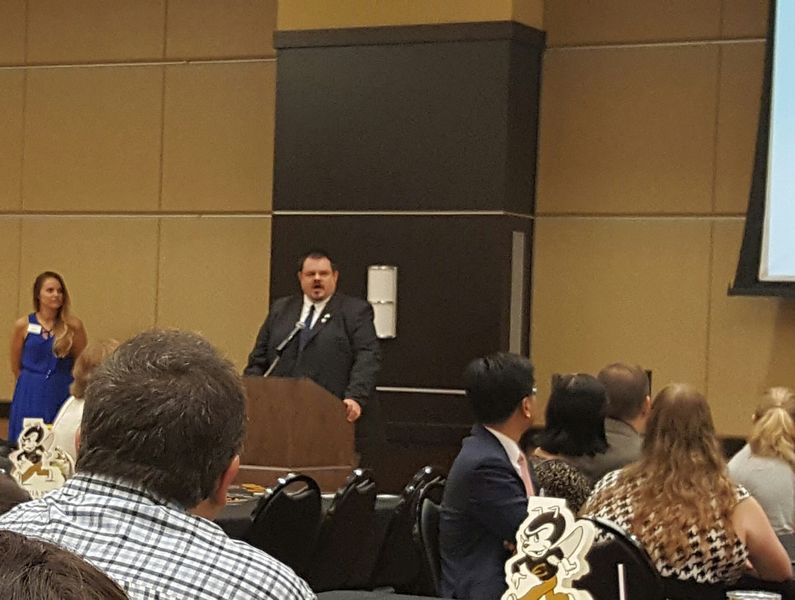 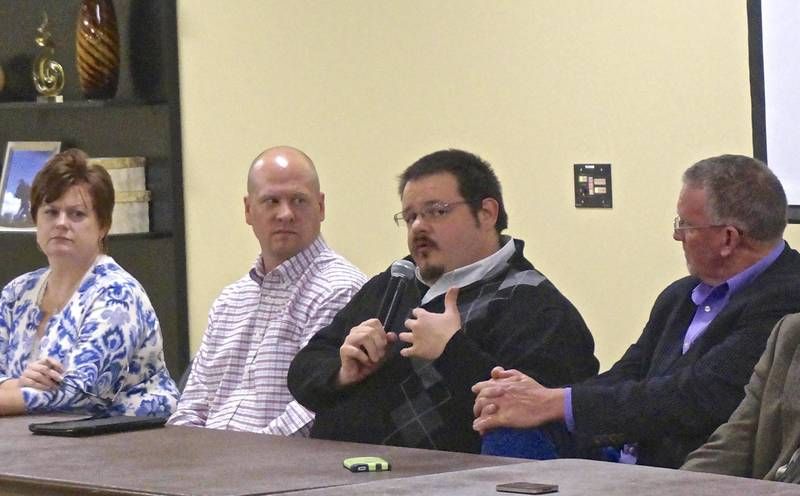 Rob Gilligan speaks at a forum on Emporia economic development. 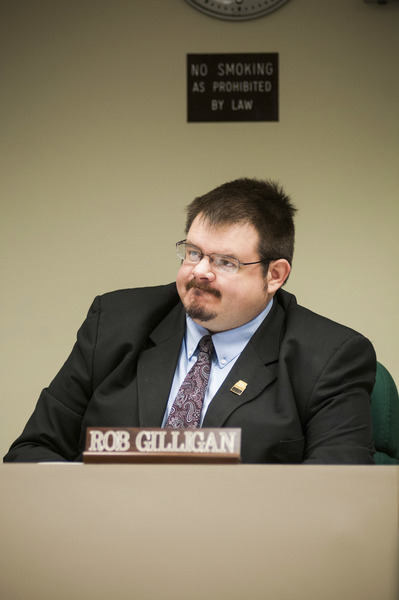 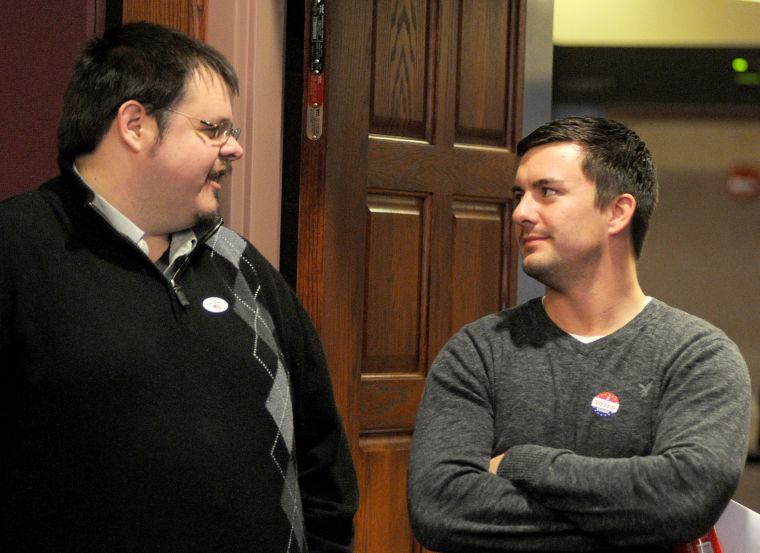 Rob Gilligan speaks at the Hostess Brands ribbon-cutting ceremony in 2013.

Rob Gilligan speaks at a forum on Emporia economic development.

Rob Gilligan is ready turn up the heat on Ignite Emporia.

Recently named director of the community-wide initiative by the Emporia Area Chamber of Commerce, Gilligan officially took on the role Feb. 10.

But that did not stop him from plotting out his strategies for success the moment he was offered the job.

Ignite Emporia is a five-year strategic plan designed to focus on workforce development, housing development and revitalization, business retention and community development. The plan is being spearheaded by a campaign committee of more than 50 business and community leaders from different sectors, all with a common goal of strengthening Emporia and the surrounding community. To date, more than $1.1 million of a $1.6 million fundraising goal has been raised for the project.

“These are not problems that are unique to our community, but each community is unique in how they have to tackle them,” Gilligan said. “What the Ignite discussion really brought to the table was, ‘We know it’s an issue, we know it’s an issue elsewhere, there’s no program you can purchase to fix this, so let’s start doing the work.’”

Gilligan, who is finishing out his role as a government relations specialist with the Kansas Association of School Boards and has worked with a number of clients over the years to develop successful marketing campaigns with measurable outcomes, will now spearhead Ignite Emporia’s five-year strategic plan.

“These four goals we have laid out before us — they are really big goals,” he said. “The initiatives and the goals that we are talking about are so intertwined in a way that no one can progress without the other.”

And work toward meeting those goals has already begun. A private investor stepped up to fund a housing study — the results of which will be shared with the City of Emporia — and the study is already underway. The housing study would help bring more grant opportunities for housing development to the community. It would also help Ignite Emporia decide where to direct its resources and energy moving forward.

“The housing study is about a six-month study, so sometime in June or July we should get that report back,” Gilligan said. “There’s always more need than there is resources, but that will be the start of the conversation. If we have a lot of good information and knowledge, does that free up more resources? That’s the hope.”

While the housing study is underway, Gilligan said conversations with businesses and industries along with local schools will start identifying ways to better connect area students with careers that keep them in Emporia long after they graduate. Part of that process includes becoming a certified ACT Work Ready Community — a two-year process involving the ACT WorkKeys skills curriculum.

“We need to educate the whole community — not just the students on what opportunities are here, but the parents as well,” Chamber President Jeanine McKenna said. “We need to educate the businesses and individuals, as well. It’s about bringing everyone together and educating that there are programs at Emporia State University and Flint Hills Technical College that will help the businesses, and educating the parents and the students about the career path that will keep you here and the opportunity for growth. This is a big puzzle, and it’s putting the right pieces into place in putting this puzzle together.”

Gilligan said the goal to retain and expand existing businesses will be an ongoing conversation. Having just finished a term as president of the Regional Development Association in 2019, Gilligan said he believes Ignite Emporia will be able to work alongside the RDA, the Chamber of Commerce and Emporia Main Street to reach a common goal.

In fact, he said, it will take every organization working together to solve Ignite Emporia’s four goals.

“The problems are just too big,” Gilligan said. “But, every other organization has felt those issues as restrictions, as well.”

By connecting the pieces together and working together, he said Ignite Emporia’s strategic plan will gain momentum.

“The continued conversation of business retention and expansion is really an ongoing relationship-building conversation,” Gilligan said. “We’ve had great success in Main Street and what they do in the core district. We’ve had great success with the RDA and the focus we do in industry and manufacturing, but we also know there’s a gap with small businesses, entrepreneurs and other employers who may not fit in those other areas. That’s where Ignite Emporia comes in, is to work with them and see what we need to do to help them succeed.”

Gilligan said he believed there were a number of employers in Emporia today who were ready to expand their businesses, but were holding back due to concerns about capital assets, workforce assets and market instability.

“Those are the conversations we want to start having,” he said. “If there’s a barrier that’s keeping you from growing and we can help take down that barrier, that’s the role that Ignite can play.”

"If there's a barrier that's keeping you from growing and we can help take down that barrier, that's the role that Ignite can play."

I would like to see more forgiving businesses. People with criminal charges, recent and year back have problems obtaining jobs, leaving them living in homelessness, then there is the issue with people not wanting to rent to them.

I would like to see more forgiving businesses. People with criminal charges, recent and year back have problems obtaining jobs, leaving them leaving in homelessness.

Barriers would be that unemployment is only about 3.1% and a poverty rate of 25%, and when viable outside businesses look at the stats, not sure what viable businesses would relocate or start-up here. On housing, if there are grants, this sounds like low income/welfare type housing - build that and they will come as I have seen that happen as the new housing will attract people using that type of housing from other counties, but is this really what would be desirable for the area? I have seen this also. Also, I thought schools had guidance counselors and career days where information on educational/training opportunities and jobs was made available to students, but I guess they don't do that here. Anymore, many kids want to move away from where they grew up to experience the world outside their little bubble, and it also helps to mix up the "genetics" of the future generations. I think someone with a strong sense of economics really needs to get involved with one or all of these groups, take a look at what has happened in similar communities and learn from their mistakes as mistakes are expensive.