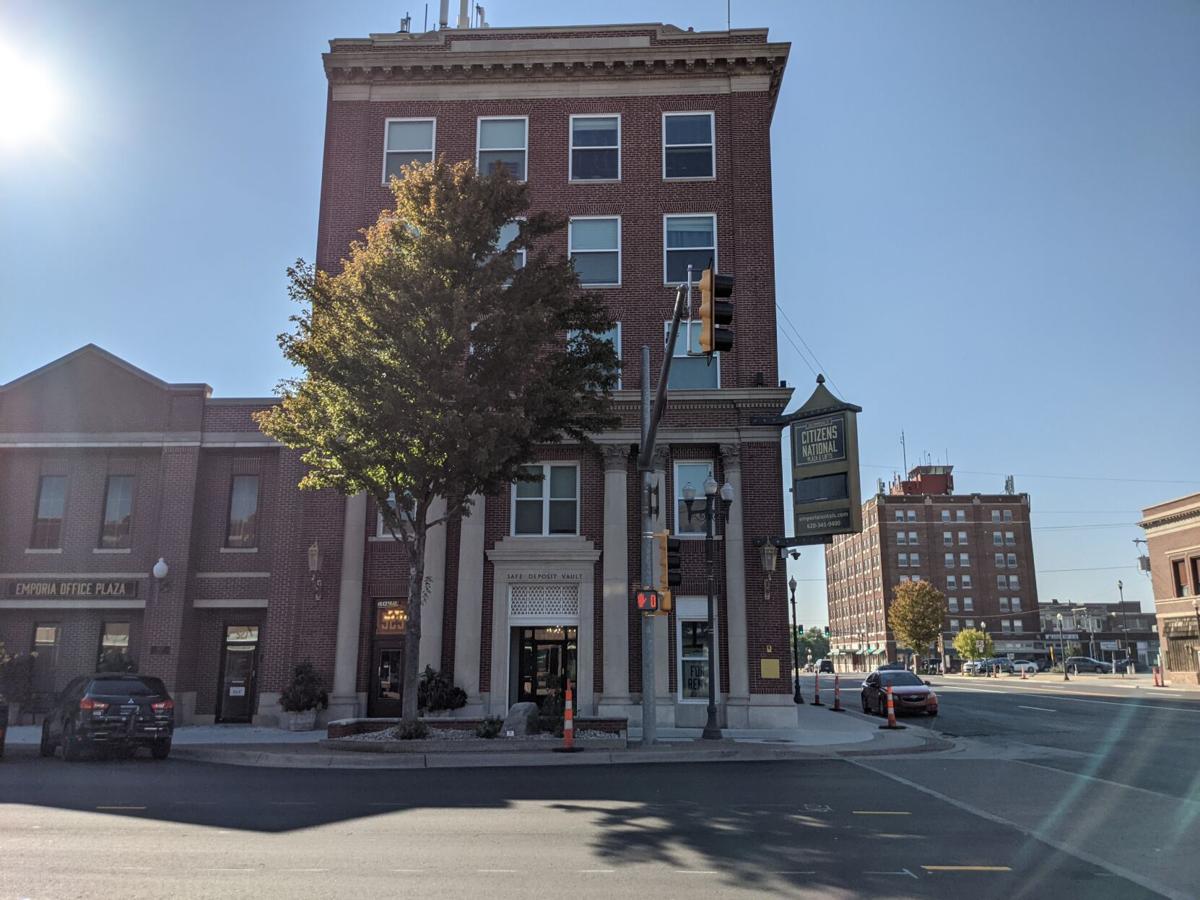 The Citizens National Bank building won the 2021 Award of Merit from the Kansas Preservation Alliance. 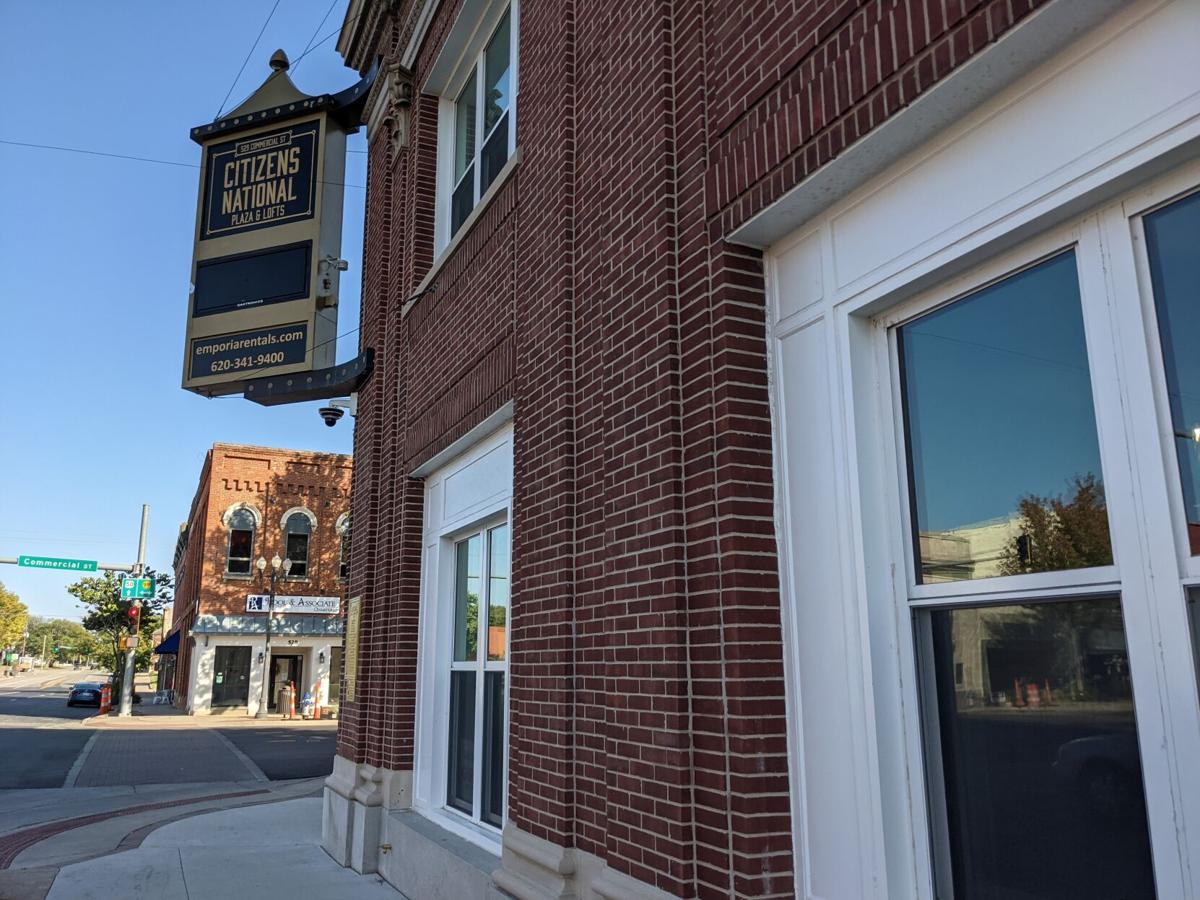 The Citizens National Bank building is an Emporia icon.

The Citizens National Bank building won the 2021 Award of Merit from the Kansas Preservation Alliance.

The Citizens National Bank building is an Emporia icon.

The Kansas Preservation Alliance announced Monday afternoon that the 2021 Award of Merit has been presented to the Citizens National Bank in Emporia.

Citizens National Bank, located at 527 Commercial St., is a five-story, reinforced concrete and clay tile structure that completed construction in 1923. It is one of the oldest buildings in downtown Emporia. The building was listed on the National Register of Historic Places as a contributor to the Downtown Emporia Historic District in 2012.

Developer Cory Haag began a rehabilitation and renovation of both the interior and exterior of the building in 2019. Haag said he was notified last week about the award.

“It’s just a nice recognition for these historical projects to the people that preserve them,” he said. “It’s nice that they take the time to send out those awards. We’re happy; that was a fun project, but it took a bit to do.”

According to the Kansas Preservation Alliance, reinforced concrete technology was “relatively new in the early 1920s.” Because of that, the Citizens National Bank building quickly became an Emporia icon with its prominent location and “its innovation in construction in the region.”

“Its completion was indicative of the prosperity that Emporia experienced as a booming town during the 1920’s, when enough funds were available to build the prestigious bank building,” the KPA said in a written release. “The building’s grandeur is also reflective of the financial prosperity that the nation experienced just before the Great Depression. In addition, the bank represents the talent of those in the region who designed and built the project.

“An article in The Emporia Gazette from 1923 talks about many of the town’s contractors who had a part in its construction. Some are still in business today.”

“Although the original Emporia House no longer stands today, maintaining this historic building at its original site is an important ode to the city’s founding and transformation to a destination on the Kansas map,” the KPA said.

Haag has invested a lot of time and money into revitalizing downtown Emporia. He said it’s a “passion” because sometimes it doesn’t make a lot of fiscal sense to go in and renovate an older building.

“Costs are sometimes double compared to what it is just to build brand new and so it’s really difficult to go in and rehab some of these older projects,” he said. “There’s just so much cost in it. But once they are rehabbed, what I found is throughout the state of Kansas, if you go through these towns with these buildings that have been rehabbed — they’re good for another 50 - 75 years. They were built so well. Like that building is just a concrete bunker, that bank building.”

Formerly rented as office spaces from the first to fifth floors with shared spaces in the basement where the former bank vaults are still located today, Haag renovated the entire building to meet the needs of a changing economy in Emporia. He adapted the office spaces from the second through fifth floors “to accommodate a growing number of university students and young professionals” into 20 new apartments — all of which were filled before the building was complete.

“It’s been going for a year and we’ve had it full for a year,” Haag said. “All the apartments and all the leases are coming open for renewals and I asked my manager the other day, ‘How’s it going?’ And he said, ‘Well, my gosh! Almost everyone’s renewing their lease.’ That says a lot to you that they like it.”

For more information about this and other Haag properties, visit www.emporiarentals.com.

The organization is currently conducting a membership and sponsorship drive. For more information on KPA or to nominate a worthy building preservation project, search Kansas Preservation Alliance on Facebook or kansaspreservationalliance.org.