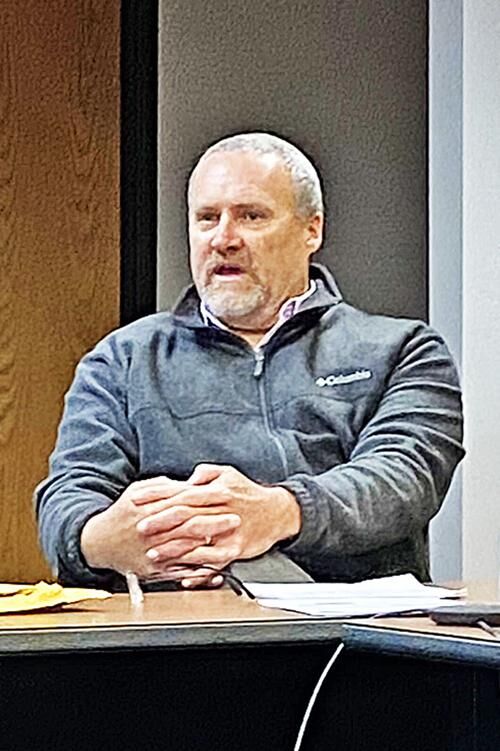 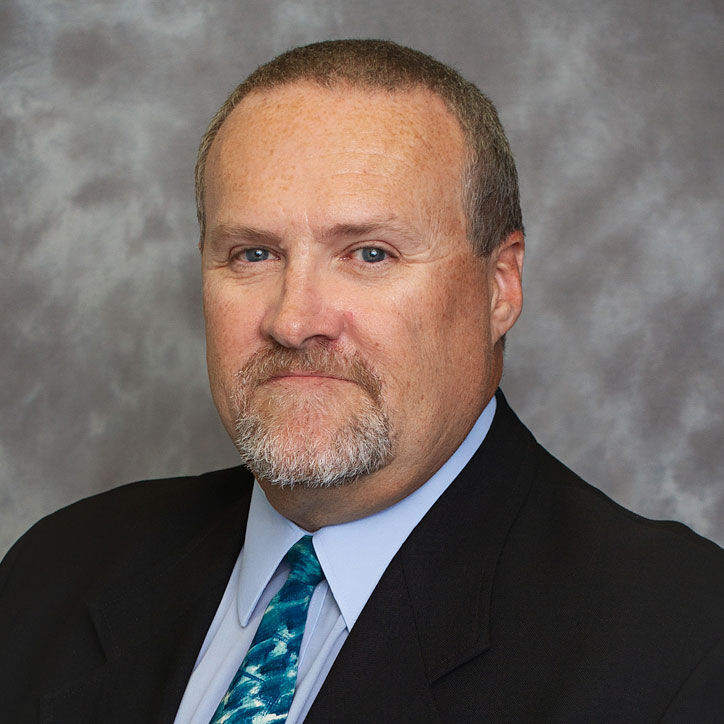 Chuck Scott was perfectly comfortable with his current position as the executive director at the Dickinson County Economic Development Corporation. But when a few individuals he has “a lot of respect for” reached out to him about an opportunity with the Regional Development Association of East Central Kansas, Scott was thrilled to explore the opportunity.

RDA Board President Jon Geitz said Scott stood out for his varied experience in development and finance.

“We are excited to welcome Chuck Scott and his family to Emporia,” said RDA board president Jon Geitz in a written release. “The search committee completed a four-month search with candidates from across the country. Chuck really stood out for his experience in both downtown and industrial development, as well as a background in finance.

“He has served multiple communities in Kansas and will do a great job running the economic development program in the Emporia area. I anticipate a seamless transition. Finally, I would like to wish Kent and Jodi Heermann a happy and healthy retirement, and congratulate him on a successful career with the RDA.”

The process was a bit of a whirlwind, according to Scott.

“It moved very, very quickly and I’m thrilled to have the opportunity to go to a community that I have always enjoyed with two kids that are very involved in sports,” he said.

Scott grew up in Omaha, Neb., though his family moved around a lot with his father in the U.S. Air Force. He’s an avid baseball fan and grew up attending the Kansas City Royals AAA games. He holds a Master of Business Administration from Kansas State University and is a certified Economic Development Finance Professional.

This would ignite Scott’s passion for economic development and helping businesses solve challenges. He spent 12 years working in the banking industry — also in Manhattan — before feeling the urge to return to economic development. Scott was in the process of developing his own consulting firm to assist with downtown revitalization when he was approached about his current position with DKEDC in 2018.

“That’s when the family made a decision that, if we’re gonna make a change and continue the passion that I have on working with businesses and overcoming challenges, let’s make that career change now, while we had the ability to do that,” he said. “And the same thing happened in this case.”

Asked what he’s most proud of during his time with DKEDC, Scott said it was difficult to narrow down, though he was pleased to announce that his office would meet all of the goals laid out in a five-year plan adopted prior to his hire by the end of the year. He is also coming out of two successful capital campaigns. The first campaign’s fundraising was complete by the time he came on, he said, but the second campaign has been funded at a 65% increase over campaign No. 1.

“I’m really proud of that and it means a lot to me to have that support,” he said. “The only way I know how you get people to do that is to do what you say you’re going to do and bring them results. That’s what I like to do and have done throughout my career is establish goals, either personally or that are established by the board, and then work diligently to make sure we reach those goals. Maybe that’s the athlete in me.”

Looking ahead to his move to Emporia, Scott said he’s not coming in with a preset agenda with what he thinks the community can be.

“My vision really is to be open,” he said. “I’m a firm believer that you build relationships with people that are attached to a community and you’ve got to learn about that community. That will take us some time. But, where I will start when I get there is introducing myself and being out of the office probably quite a bit in front of stakeholders, and other business owners throughout the whole area, so they know who I am and we can start that relationship process.”

It will be a challenge, he said, but that’s one thing he’s definitely not afraid of.

“I’m an individual that loves challenges; it doesn’t matter if they’re little or big,” Scott said. “I love solving a challenge. That’ll be what I want to look for is, what is that community challenge? What is that business challenge?”

Some challenges like housing and workforce shortages will be at the forefront as he gets settled, but Scott said he won’t limit himself to any one issue. He plans to work collaboratively to address the needs of the community and looks forward to jumping right in.

“A lot has changed since COVID and I need to understand better from those that are living in that community, where are we at today?” he said. “I usually go into a community with two questions: Where are we at today and where do we want to be? Whether that’s a five-year plan, a seven-year plan or a 10-year plan, I always try to look at where we are at and what we want to improve. Then we start to work with all the people that need to be part of that process to make sure we get improvement.”

The last thing Scott wants to see is another study done and left to gather dust on a shelf.

“I’m the one who wants to make sure we go and implement what we have put forth effort into studying and making sure we get as much input as possible to make sure we’re going the right away,” he said.

Scott will be joined in Emporia by his wife, Martha, and two sons. His oldest plays baseball for Fort Hays State University and his youngest is a senior in high school, who plans to finish out his year at Abilene.

"I’m the one who wants to make sure we go and implement what we have put forth effort into studying and making sure we get as much input as possible to make sure we’re going the right away."

This artical fails to say how much the taxpayers are paying this guy. I would wager that I could get by very well on it, I'm sure.