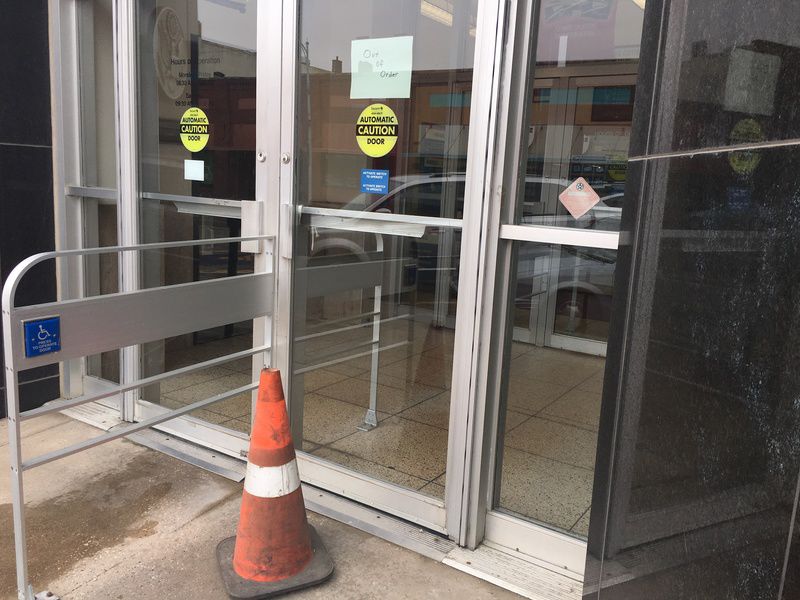 Ryann Brooks/GazetteA handicap accessible entrance at the Emporia Post Office sports an “out of order” sign. The door has reportedly been out of service for several months. 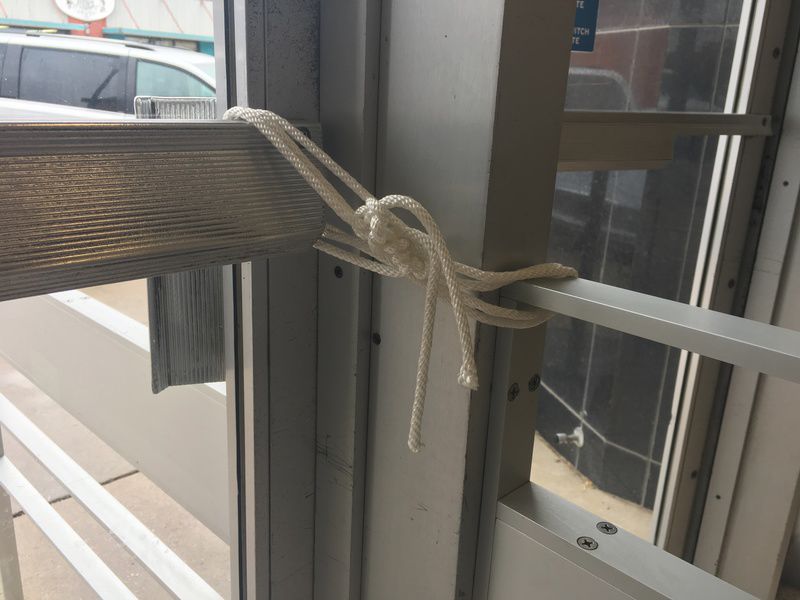 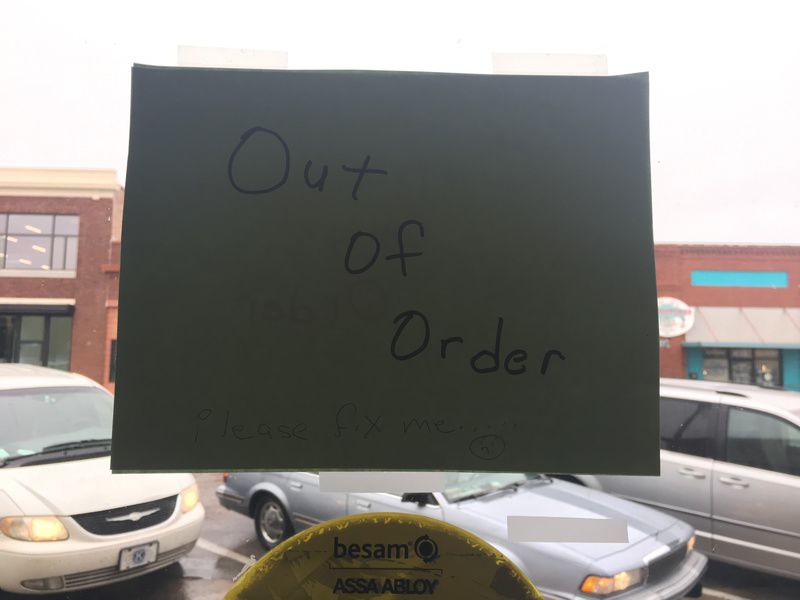 Ryann Brooks/GazettePatrons have left notes on the indoor “out of order” sign at the Emporia Post Office.

Ryann Brooks/GazetteA handicap accessible entrance at the Emporia Post Office sports an “out of order” sign. The door has reportedly been out of service for several months.

Ryann Brooks/GazettePatrons have left notes on the indoor “out of order” sign at the Emporia Post Office.

A door which has been out of order for months has been causing problems for some Emporians.

An ADA-accessible door at the Emporia Post Office which is supposed to open automatically when a button is pressed has not worked for what some citizens believe is quite a long time. The issue is causing hardship for locals who rely on the ease of access to use the post office.

“I do have difficulty entering and exiting our post office building,” he said.

Steinshouer said he relies on his tripod cane or four-wheel walker to help him get around due to balance issues. While the exit door is accessible from the outside of the building, the door is difficult to open while maneuvering his assistive devices. He wonders how people in wheelchairs or scooters can manage.

Steinshouer said he spoke with the local manager about the issue several months ago, and was told at that time a work order had been submitted for repair. Three months later, he said he wondered why the door had not been replaced or propped open to allow easier access for disabled patrons.

“My simple question is: Why has the door not been fixed for some three months?” Steinshouer said. “I am sure other handicapped folks have difficulty also.”

When contacted by The Gazette, local postmaster Harry Gifford said he could not make a comment to the media. USPS Corporate Communications Field Agent Brian Sperry said they were unaware of the issue and would look into the matter.

“Attempts to repair the door by USPS maintenance were unsuccessful, so we are now in the process of hiring a contractor for the repair work and expect to have it completed soon,” Sperry said afterward in a written statement. “In the meantime, our employees are happy to provide access assistance. Customers should contact the Emporia Post Office at 620-342-3701 to make arrangements. The Postal Service sincerely apologizes for the inconvenience.”

Sperry said a contractor is scheduled to look at the door this week.

Steinshouer said he was hopeful the issue would be resolved soon, too. He said he doesn’t blame local post office employees for the issue, and understands the wheels of government can move slowly.

“Otherwise the manager, the staff at the counter and our carrier do a great job and are very courteous,” he said.

Does the PO rent this location, or does the fed. gov. own the building?

If the feds own it, there could be federal regulation that all small contracts are "set-asides" to be awarded only to minority or women-owned companies. That was the situation when I worked for the Pentagon and tried to get a small business contract.

Maybe there are no such minority-owned companies in Lyon county, that specialize in this sort of repair work, so the contract goes wanting.

Don't blame the PO - it is far and away the best PO of any country in the world, and I have lived Russia and the Philippines, as well as the "advanced" countries of Germany and England.

Everyone should be lucky to get their mail(when they do). Don't worry about complaining to the postmaster here. You have to complain to the main customer service 800 number. They get stuff done.
Who knows what the postmaster in Emporia is actually doing. Ever try to mail something from one of the small town locations around Emporia? It's a joke. The same guy oversees all of them.

Raise the 1st class stamp rate to 60 cents and repair the door NOW !!!! Scream the masses!!! Efficiency and Government are not Synonymous--Why has the pension racket and health care luxury plan not failed Yet --- oh yeah its government its meant to lose money forever and give average service ( i am being kind) 25 minute wait in line the other day on a simple business item.

If it's that long a wait, you should go to USPS.com and print your own label, using "Click n' Ship". Then just drop off the package at the PO. No waiting. Also, you can print USPS labels from Paypal - paypal.com/shipnow.

Thanks for the info, but not everyone has a computer and can print their own labels. This local post office is a joke with regard to maintenance. People have to scream or write letter to get anything done. And while I'm at it, City of Emporia, when you you people going to fix that hole in the alley in front of mail drop off box? You have "repaired" it a number of times, yes, but you are not doing a good job of filling it . You just fill it, give it a tamp, and off you go. NO, that is not how to do it. Dang! It is never done right.

There are computers at the library And if a person is not computer-literate the library offers free classes, on how to use computer, and how to access internet. I am telling my friends, "You need to get up to speed on computers/internet" because more and more services and opportunities are accessible via internet, and what are they going to do when the government closes the doors to the public. For example, suppose DMV announces henceforth the only way to get a tag renewal is through the internet?

Postmaster should have the authority to get these things done. Too much red tape involved since it's Govt run.