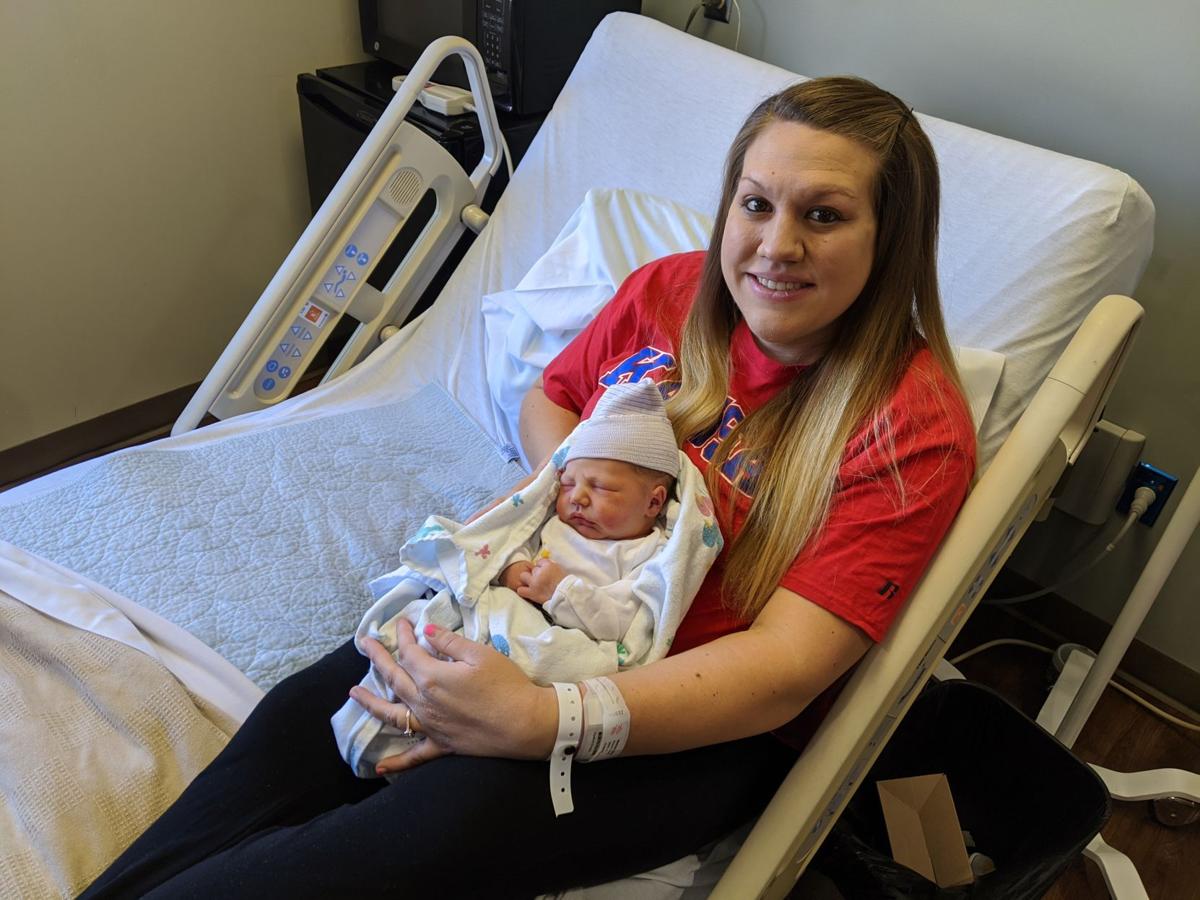 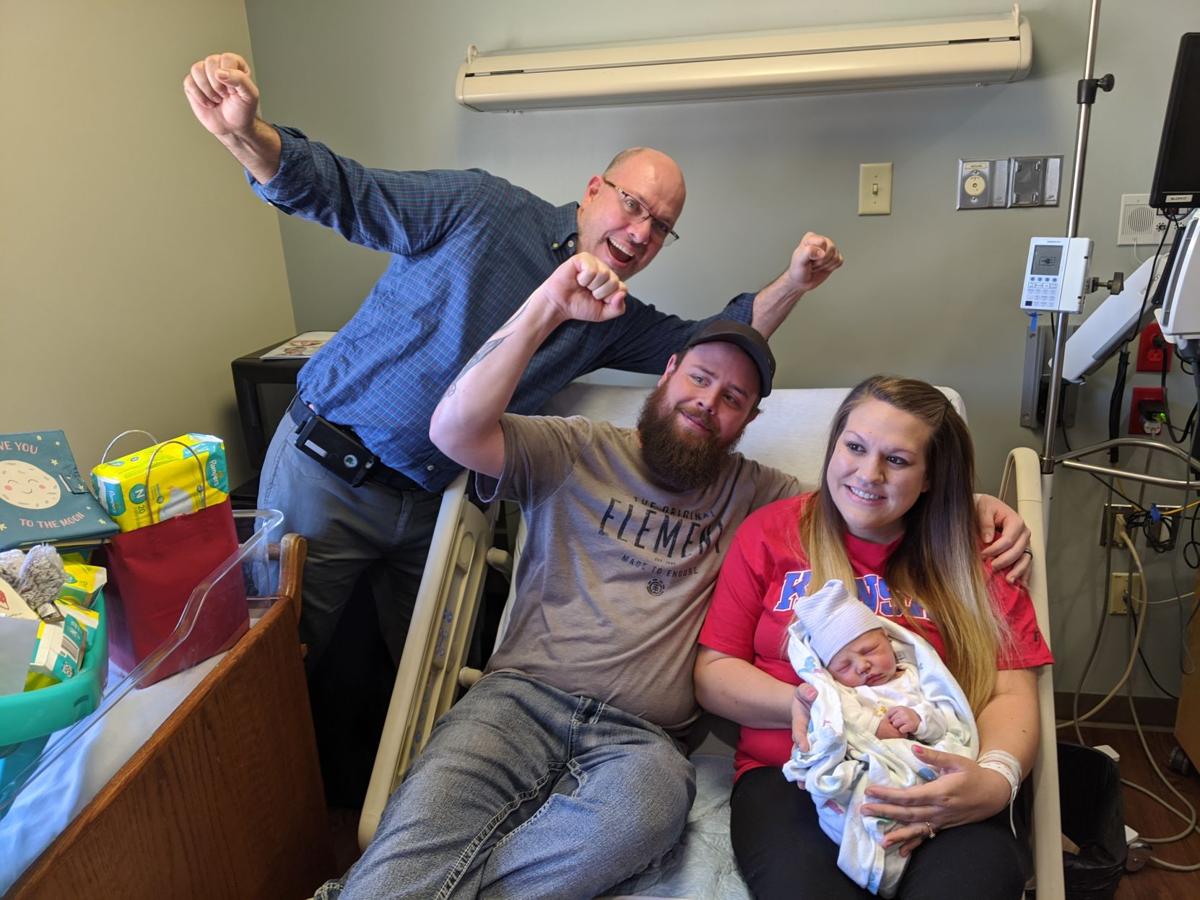 Long-time couple Ashley Weimer and Gage Smith started off the new year in exciting fashion by welcoming the newest member of their family.

Holden Dean Smith was born just before 4 a.m. Monday, making him the first child to be delivered at Newman Regional Health in the new decade. To mark the honor, his family will go home with a basket full of baby items courtesy of the Newman Regional Health Auxiliary, including diapers, a blanket, books, stuffed animals and a necklace for Mom.

“It was a really weird experience this time around, because we weren’t really expecting to go into labor that soon,” said Weimer, already a mother of two daughters — 8-year-old Haley and 4-year-old Khloe. “We were on a date, and around 9 o’clock at night, I started experiencing a lot of pain. We didn’t think I was going into labor, but we came in anyway … It was just really exciting for us. We wanted a boy, and we got him.”

Neither Weimer or Smith expected Holden to be the first baby of 2020, and were surprised to receive the news.

“When we walked in, the ladies said they were bored because they hadn’t seen anyone over the past week,” Weimer said. “They said, ‘Surprise, you’re the New Year’s baby, even though it’s January 6.’”

“We actually just moved into a new house specifically for [Holden],” Smith added. “We kind of outgrew our old house, so a move made a lot of sense. We officially unpacked the house about two hours before Christmas dinner, which was very exciting for us, and we’ve just kind of been celebrating his birth ever since.”

While the birth of a child is — of course — always a major family event, Holden’s arrival was even more meaningful for Weimer and Smith this time around.

“All of our kids were completely planned, but we actually just recently went through a miscarriage,” Smith said. “So not only did we get a son, but this is our rainbow baby, too … Our first baby was born at 26 weeks and was only 1 pound 10 ounces. They gave her about a 1 percent chance of survival. It took almost a year to get her fully happy and healthy, and we basically lived in hospitals for two years after that … With Holden, everything went great. He’s already happy and healthy, and we couldn’t be more thrilled about that.”

“It was really easy delivering Holden compared to the girls,” Weimer added. “He’s been a really calm, quiet baby so far, so I think we’ve got it made.”

After their release from the hospital, the couple said they plan to spend plenty of time introducing Holden to his new sisters, hoping to take some family road trips once life begins slowing down. In the meantime, Weimer and Smith will rest easy knowing they have Grandma and Grandpa right down the block.

“He’ll be old enough to go on some outside adventures probably right around summer time, so we’re looking forward to that,” Smith said. “We love spending time at the lake, and we’re a Jeep family, so we also like to cruise through the Flint Hills. We’ve got a trip to Colorado planned this year too, so there’s going to be a lot of traveling for us in the future. We live only 10 houses away from Grandpa and Grandma now with the move, so we’ll be seeing them all the time, too. So, it’s nice, almost like the ideal American Dream.”