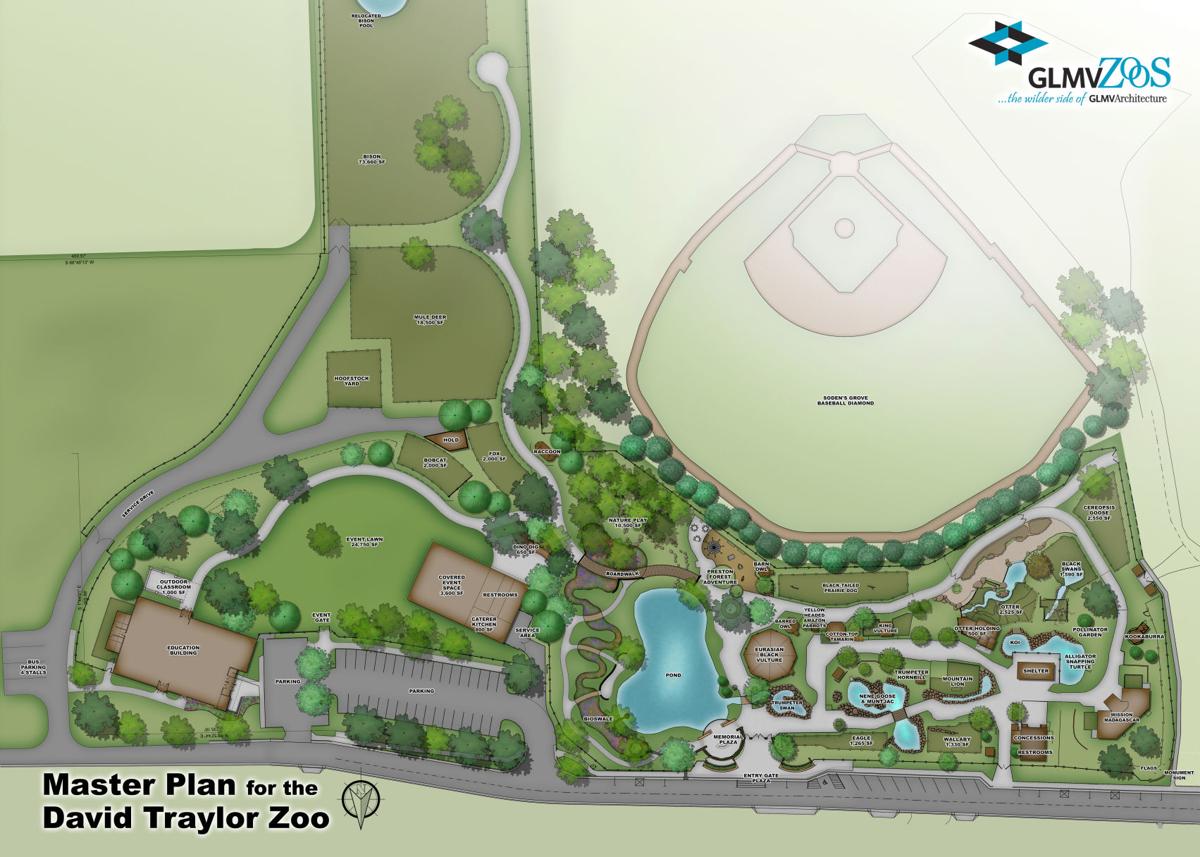 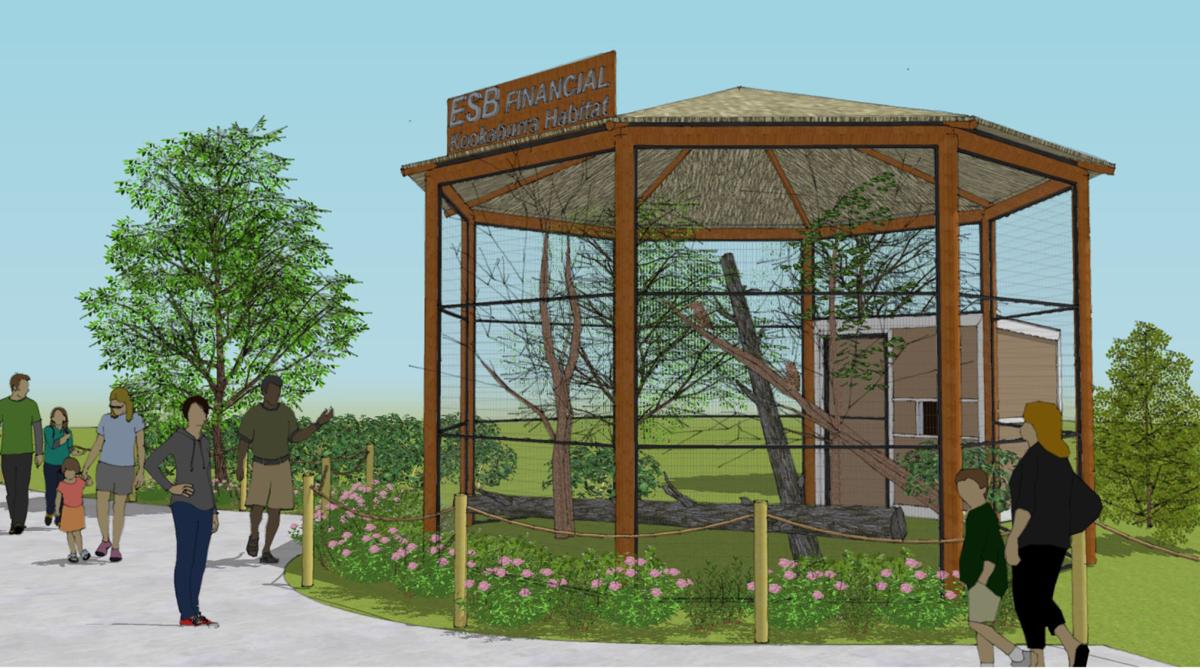 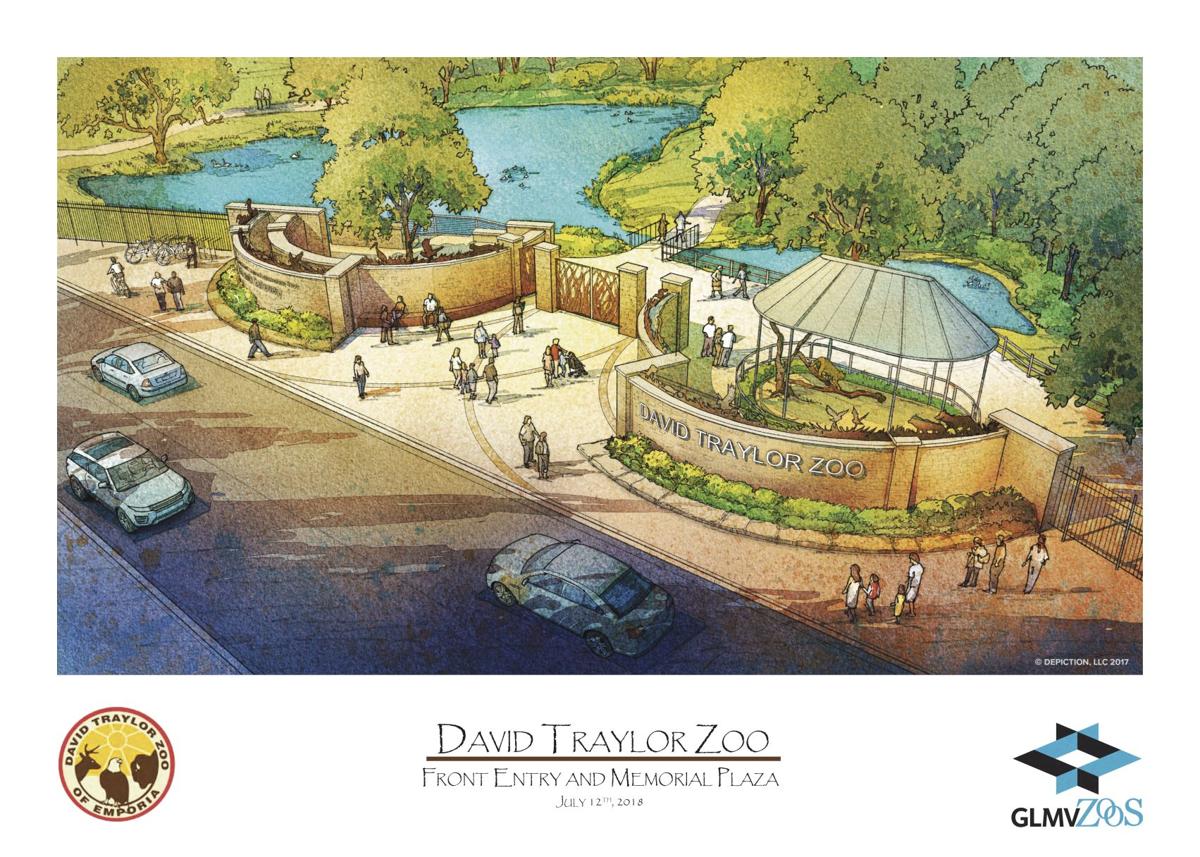 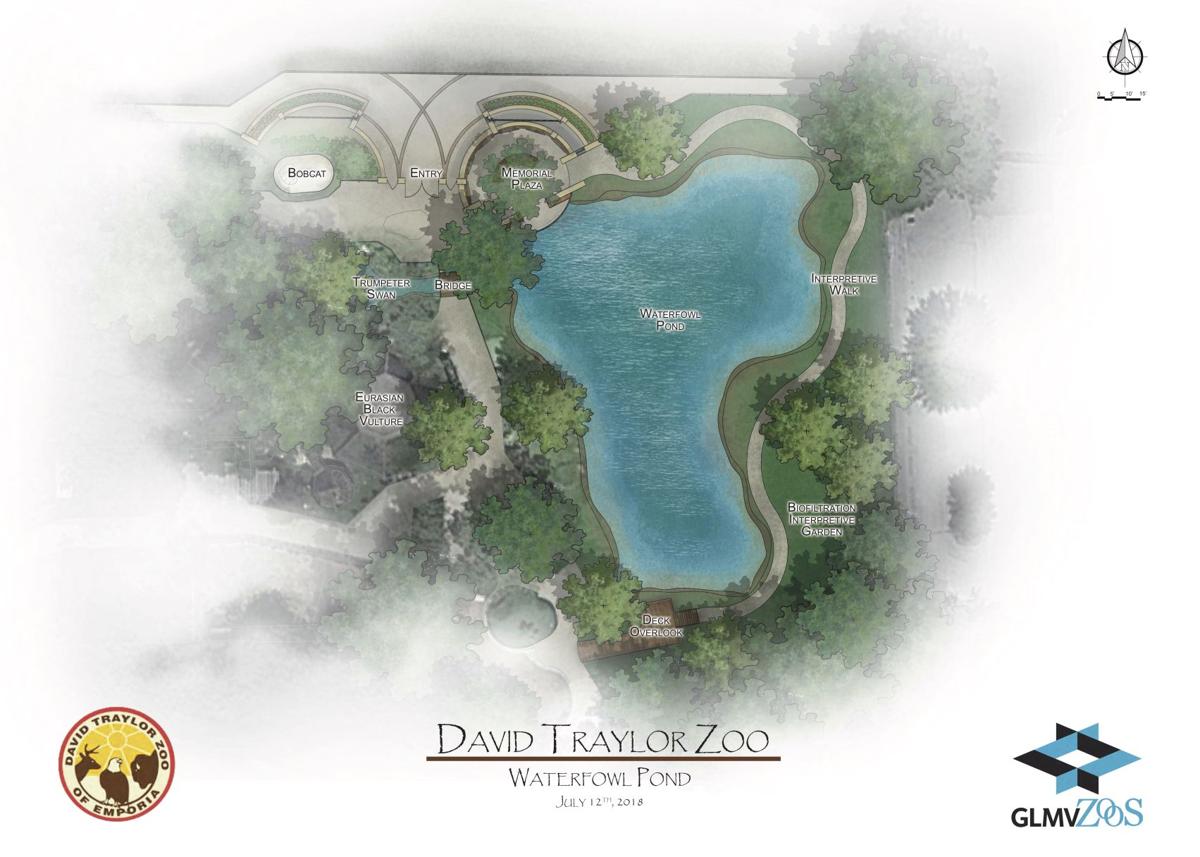 Emporia’s David Traylor Zoo may be one of the smallest Association of Zoos and Aquariums-accredited facilities in the United States, but the impact it has on the community is undeniable.

Now, with the completion of its successful $4.3 million Oasis campaign, final plans are being made for renovations, upgrades and new exhibits — and that’s not even counting the upgrades and expansions to education and conservation programs.

All of the changes align with the zoo’s updated master plan, which was adopted by both the City of Emporia and the Emporia Friends of the Zoo in 2016, according to Zoo Director Lisa Keith.

“We are so proud of being accredited by the AZA, and the one thing that they push each one of us to do each and every day is maintain wonderful animal welfare,” Keith said. “That’s what we’re trying to do. We’re trying to get away from the old zoo and get into more of a modern-zoo feel.”

The first stage is the construction of a new entrance.

The new entrance, which will be built by Mitchell-Markowitz Construction, will do away with the current heavy, chain-link gate and replace it with an entryway celebrating the landscape of the Flint Hills. Decorative stone walls lined with botanical features will greet visitors as they approach.

“It’s something that we’ve talked about for such a long time; how do we make the entrance of our zoo as beautiful as the inside?” Keith said. “The inside of the zoo is so beautiful, but the entrance just doesn’t match it. We do have people stop in every week and ask us, ‘How do you get into the zoo?’ That’s going to make a huge, huge difference. It truly will be eye-catching and, hopefully, you will feel as good outside the zoo as you do inside the zoo.”

Although unfavorable weather and floodplain map updates have pushed back the timeline, Keith said construction on the entrance is now expected to begin sometime in April.

“We’ve been hoping to start construction since last fall,” she said. “We’ve been battling the weather and then we had the new floodplain maps come out, which made us take a second look at some of the exhibits on the west end of the zoo, mainly. So, we have been set back just a little bit on time because we wanted to make sure we weren’t building something in an area that was going to flood.”

While the zoo will remain open to the public during construction, once work begins, some adjustments will be made to accommodate the progress. Keith said visitors may need to use the parking lot in Soden’s Park during that time. The west entrance closest to the concessions stand will be open to the public. The goal, she said, is to make the zoo as accessible for visitors as possible during the construction process.

“We want to make it as easy on the public as possible,” Keith said. “As soon as the entrance is done, the City of Emporia’s pledge to the campaign is to do our expanded parking lot. They will be doing that probably toward the fall.”

Dedicated bus parking located behind the Zoo Education Center will also be added during this time.

The hope, Keith said, is to have a grand opening event this fall.

The first new exhibit zoo patrons will see is the Laughing Kookaburra habitat. The exhibit will be located just south of the Mission Madagascar lemur exhibit.

“We hope to start some of the kookaburra exhibit yet this winter, but again, it depends on weather,” Keith said.

The kookaburra is a type of tree kingfisher native to Tasmania, Australia. Keith said the birds should bring a lot of entertainment to zoo visitors.

The zoo has a breeding pair already — they just did not yet have a place to put them on display.

“They are really vocal, and a lot of times you’ll hear them if you’re ever watching a ‘Tarzan’ movie,” Keith said. “They always had a kookaburra in the background. The vocalizations they make are just so unique. We have a breeding pair here already and they are just waiting for their new exhibit.”

The zoo will also see the construction of a wallaby exhibit.

The signature exhibit will be the North American River Otter habitat, which Keith said will be the largest and final exhibit funded by the Oasis campaign.

Renovations are also on tap for the waterfowl pond and gardens, as well as the king vulture and cereopsis goose exhibits.

The exhibits are not the only aspect of the zoo getting some attention.

The Zoo Education Center will also be expanded as part of the campaign, giving Zoo Education Coordinator Dehlia Sutton more space for classes and programming, and making the center more user-friendly overall. The education programs reached more than 35,000 children and adults in 2019 alone.

“This is going to be so much more than just an office and a classroom,” Keith said.

Keith said Sutton is already thinking of new programs she will be able to offer in larger classroom spaces.

And the expansions are allowing the zoo to maintain and grow its conservation programs. Currently, the zoo assists in black-footed ferret reintroduction and surveys in western Kansas, box turtle surveys in conjunction with the other six AZA-accredited zoos in Kansas and educating on the importance of pollinator species and pollinator gardens.

Just recently, the zoo was named a SAFE North American Monarchs Official Partner, to help with the conservation of the Monarch butterfly.

Everything the zoo does goes back to its mission of inspiring respect and stewardship for the natural world, improving the future for wildlife and providing a recreational opportunity for learning about nature and conservation to the community.

“The community, I think they expect excellence, and that’s what we want to give them,” Keith said. “We want to go above and beyond, and even though we’re one of the smallest accredited zoos in the world, we want to be known as one of the best, just like San Diego Zoo and Disney’s Animal Kingdom. We can’t offer the things they do, but we hope that with our education programs, our conservation ties, the botanicals, that it really makes the difference for the community.”

Keith said the success of the Oasis campaign was proof of how much the zoo means to the community.

“Obviously the community loves the zoo; they’ve supported the zoo and they’ve gone above and beyond with the Oasis campaign,” she said. “I don’t know how much good I can say, because it makes me teary-eyed to see them step forward like they have for this campaign. It’s been so inspiring, and there’s just not enough words to say ‘thank you.’”

"The community, I think they expect excellence, and that's what we want to give them."