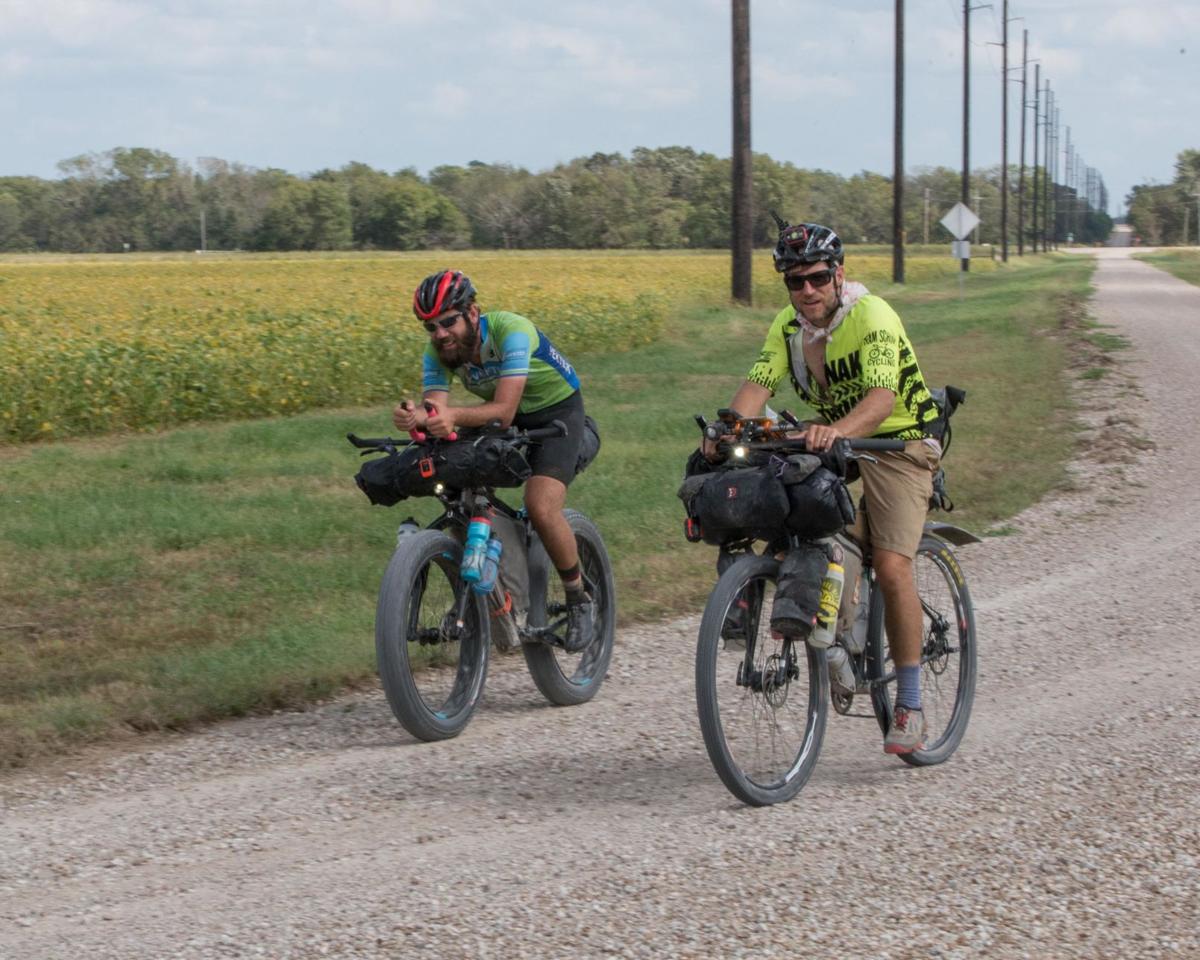 Emporians Scott O’Mara and Daniel Goentzel ride in the Cannonball 550. 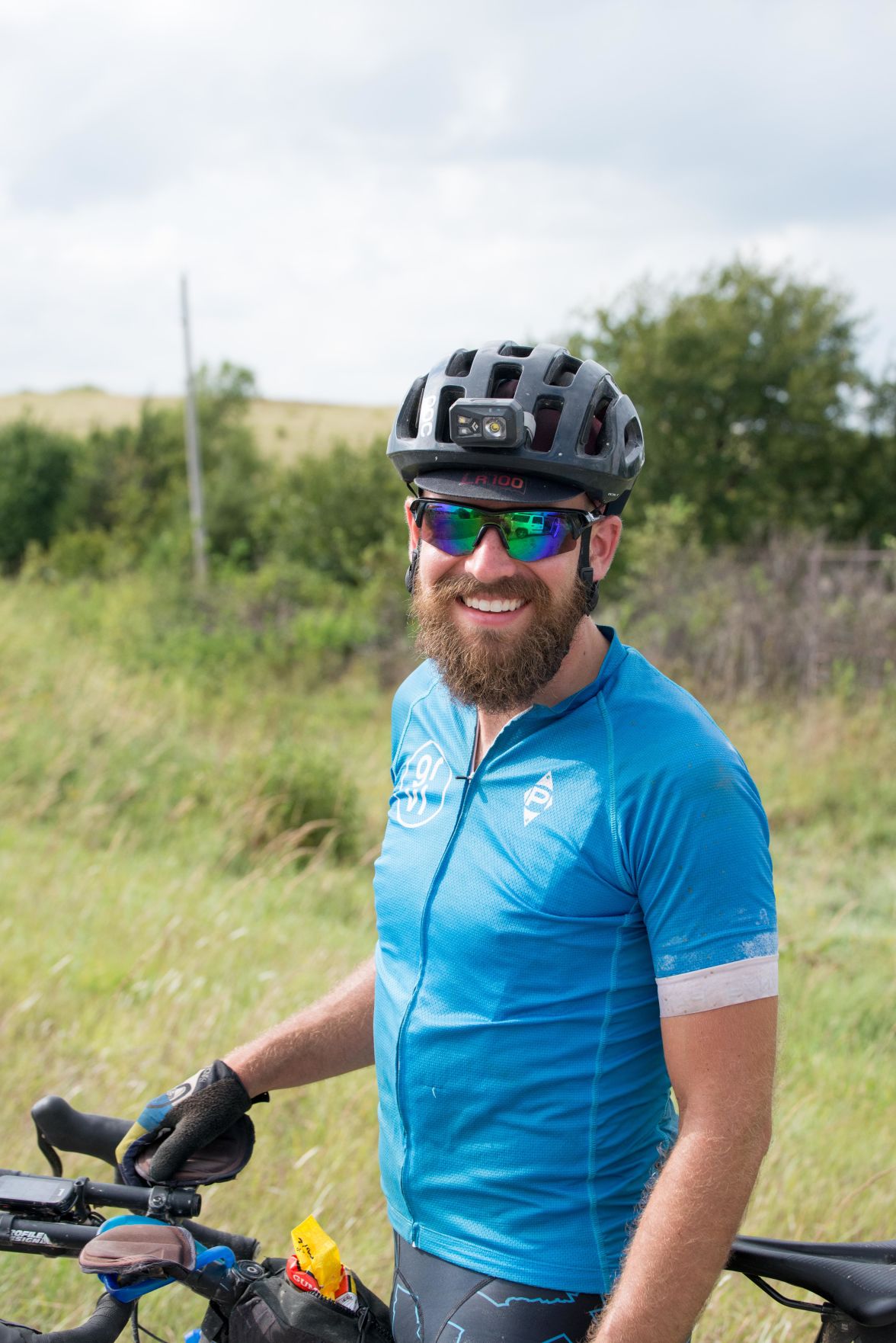 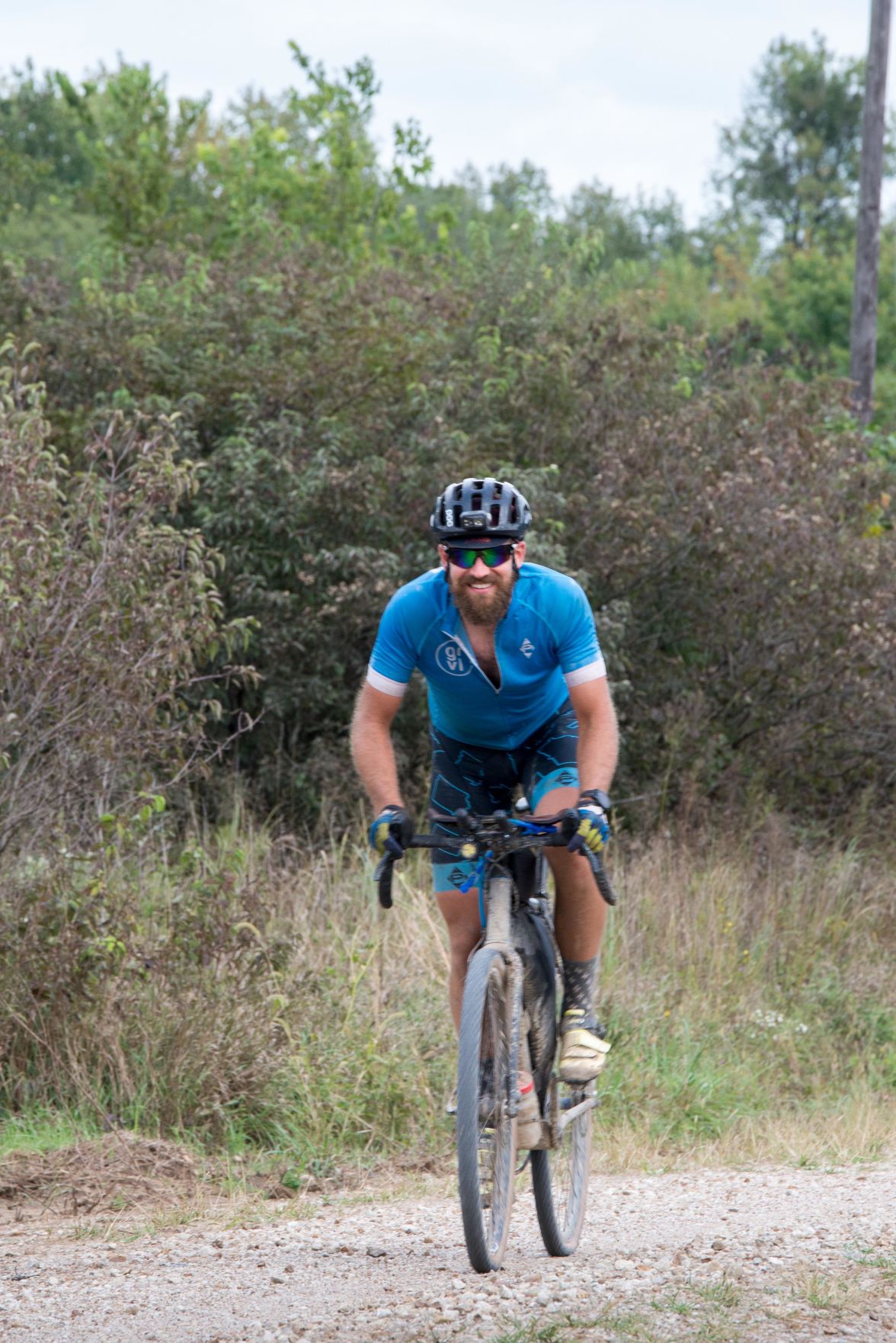 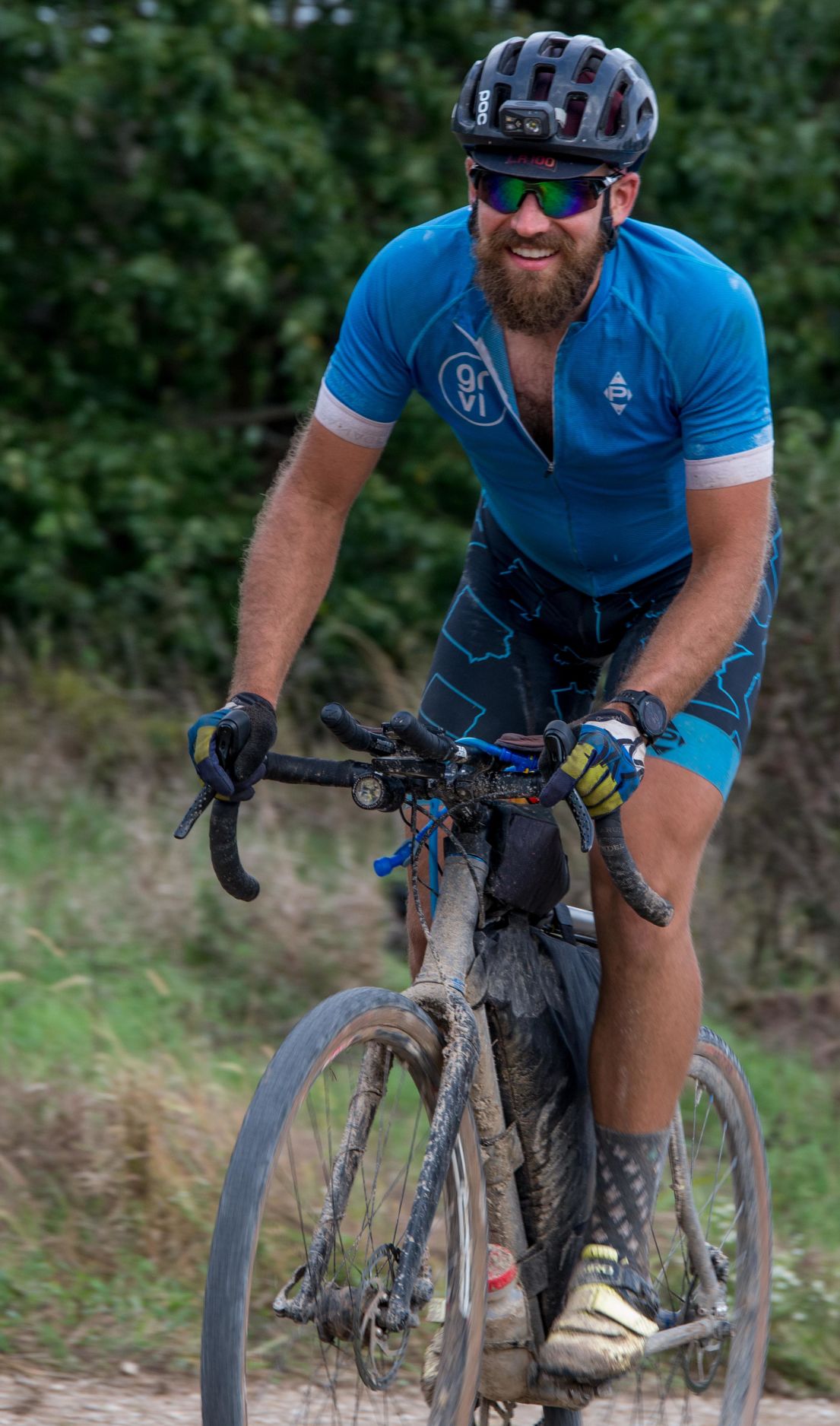 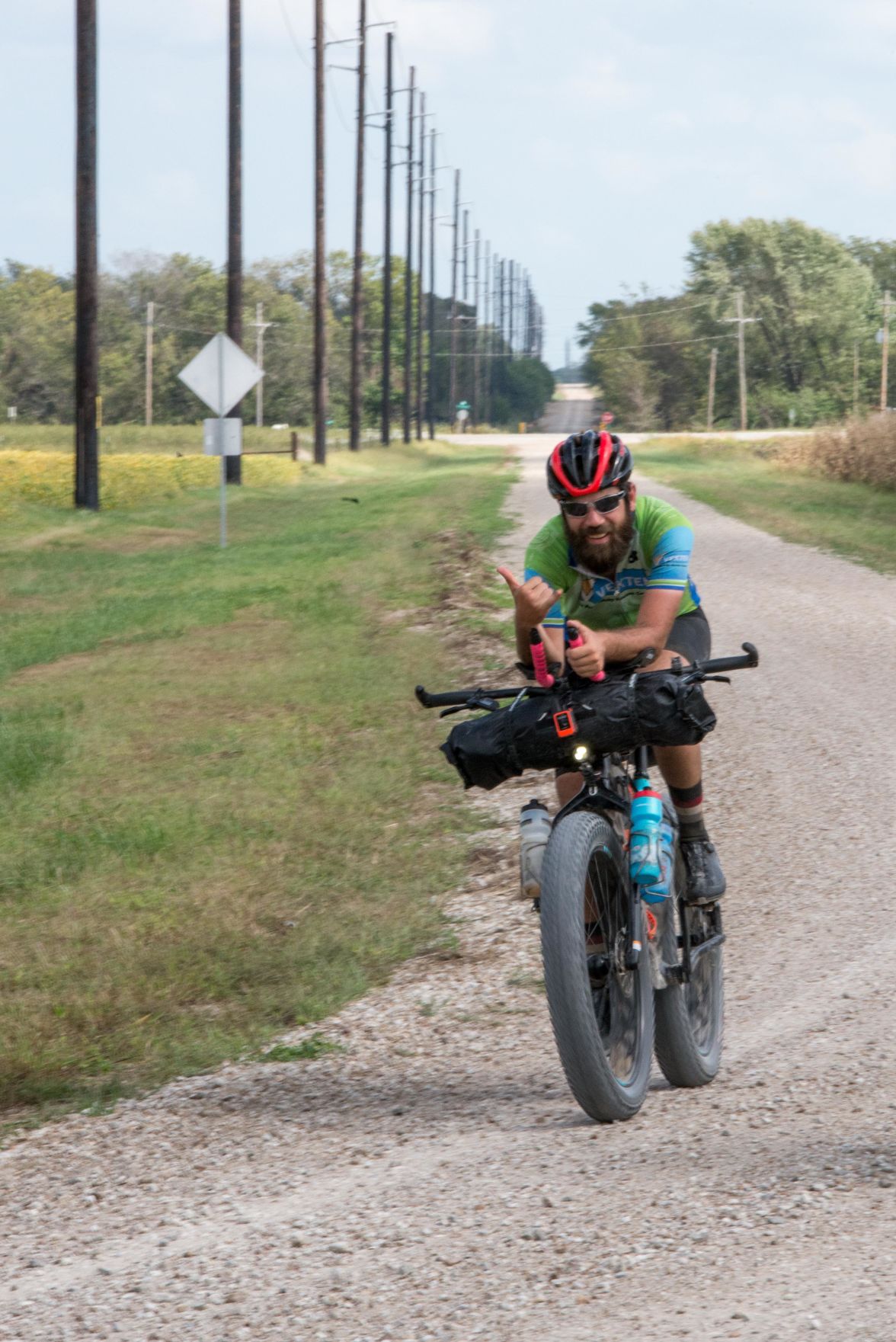 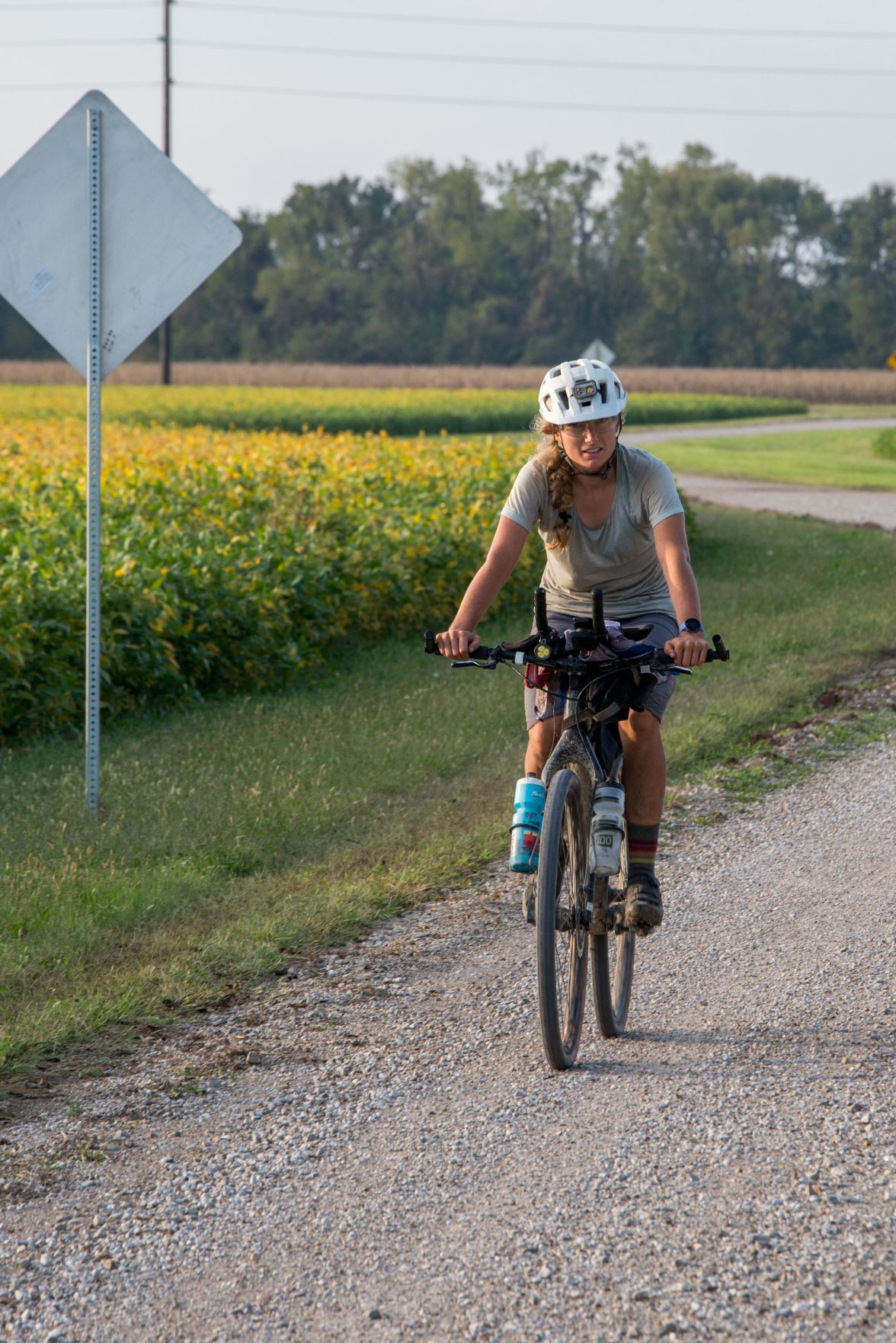 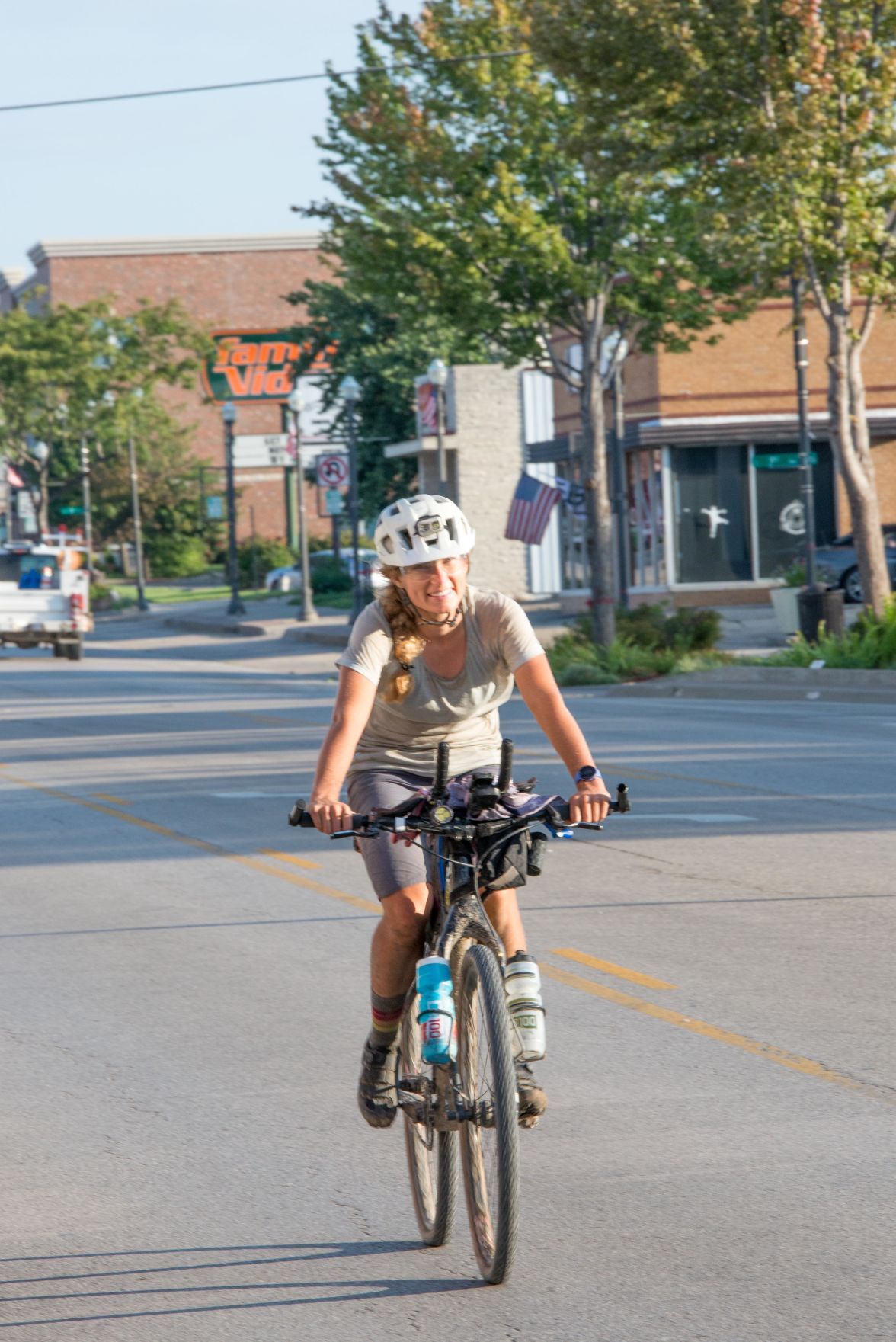 Andrew Strempke of Olathe was the first person to finish the Kansas Cannonball 550.

Katie Strempke of Olathe was the first woman to finish the Cannonball 550. 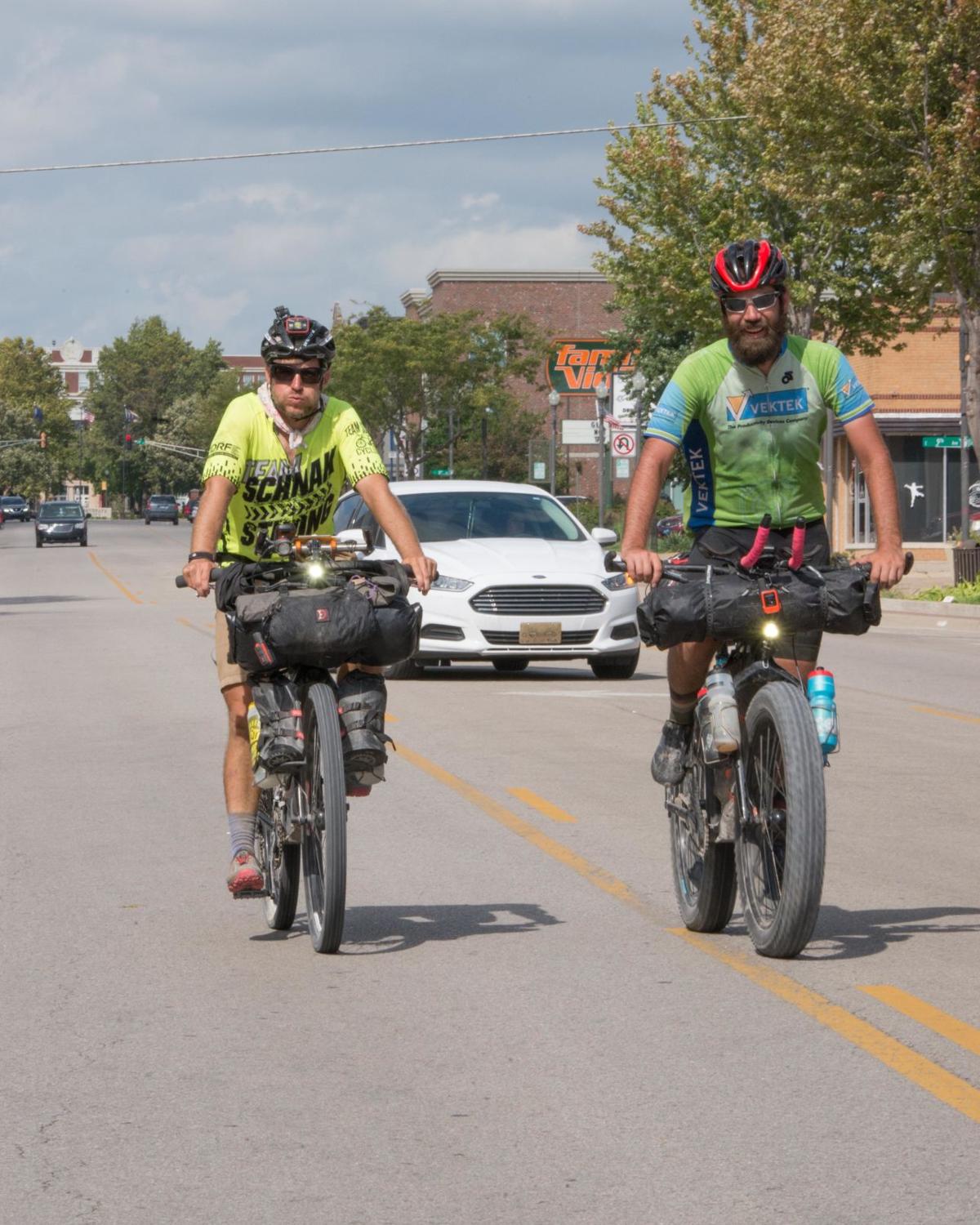 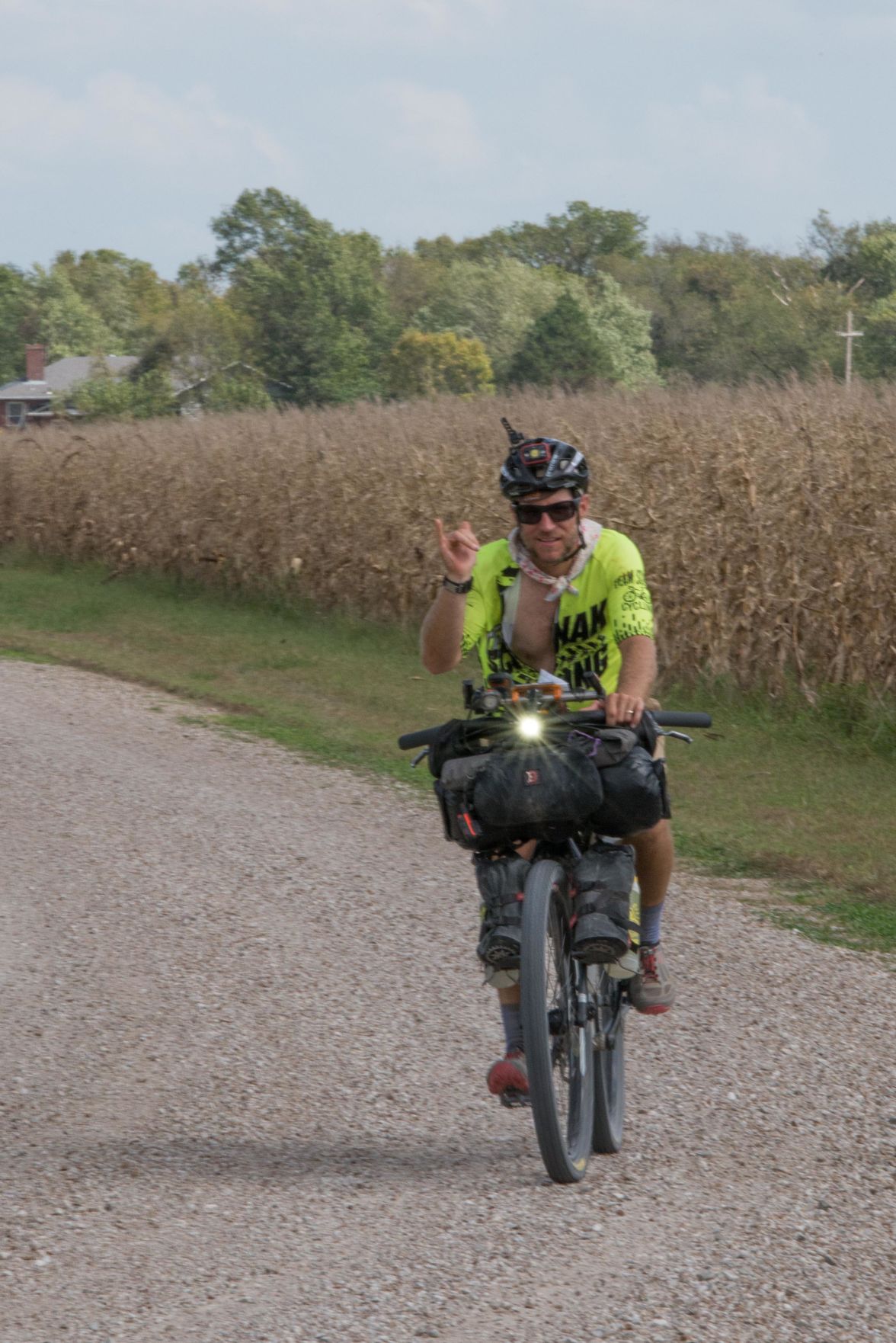 Emporians Scott O’Mara and Daniel Goentzel ride in the Cannonball 550.

Andrew Strempke of Olathe was the first person to finish the Kansas Cannonball 550.

Katie Strempke of Olathe was the first woman to finish the Cannonball 550.

The 3rd Annual Kansas Cannonball 550 began the morning of Sept. 27 in front of the Granada Theatre, sending riders southwest on a winding circuit through the heart of the Flint Hills to the scenic backroads and state highways between El Dorado, Newton, Salina, Abilene, Junction City and Topeka before finishing back where it began. The goal of the ride wasn’t so much to come in first place as it was to cross the finish line in one piece. There were no support stations throughout the entire route, forcing riders to depend on their own ingenuity for navigation, repairs and hydration, not to mention in finding places to eat and hunker down for the night.

“I originally mapped out the route in early 2013,” ride organizer Matt Slater said. “I rode bits and pieces of it myself, but it just kind of sat there for a while. In 2017, we finally decided to race it. The course hasn’t really changed a whole lot since I initially mapped it out. I went in and tweaked a few things and got some good help from Jim Cummins at the Gravel City bike shop. He helped clean it up a bit, and changed the course just slightly to where it makes a stop in Lindsborg. Other than that, it’s pretty much the same course we’ve ran throughout.

“This isn’t your typical race with any of the fanfare or things like that. It’s self-supported, there’s no crowd waiting at the finish line or really at the start. There’s no big party or expo before the race, there’s no entry fee and there aren’t any crews riding the route. Really, we just meet together for dinner the night before, meet in front of a coffee shop the next morning and then go ride, mostly solo, for 550 miles … It would be great to see the ride grow and get more people involved, but I really don’t plan on changing up the formula all that much … I just want to say thanks to everyone at Gravel City for their support and buying everyone coffee before the race, including the people that were helping out and taking pictures. The City of Emporia also came in huge to help find parking for everyone.”

This year’s top finisher was 26-year-old Andrew Strempke of Olathe who crossed the finish in a blistering time of two days, 12 hours and 38 minutes.

“I’ve just kind of recently been getting into these longer, multi-day events,” Strempke said. “I was motivated to push myself and just kind of see how far I could go on very little sleep. I took little, 15-minute naps whenever I felt like I needed to and that was kind of my experiment. I don’t really mind riding alone, and I like riding at night, so that kept me motivated. It was really pretty peaceful aside from some farm dogs that kept me a bit on edge.

“The first night around 10 o’clock, I was riding among some storms and they finally caught up with me. There was a downpour with some hail for a few minutes, and then that subsided, but the roads I was on at the time were dirt and they immediately turned to mud. I had about six miles of walking while carrying my bike, so that was obviously slow. The ground was too soft to even roll my bike along, so I had to carry it on my back. Just having to walk through mud alone is pretty tiring. That whole process took me about four hours the first night. I’ve been in those type of hike-a-bike situations before, so it was just a matter of accepting it and pushing forward or feeling sorry for myself. I knew there was no one coming to get me though, so I pushed forward.”

Strempke was accompanied by his wife Katie — also 26 — who became one of two women to complete the route, coming in just under 13 hours after her husband. A full account of the duo’s experience during the Cannonball 550 can be found online at ridingbikeswithandrewandkatie.blogspot.com.

“We started the ride knowing we have a different pace, and we really tried to treat it as a race,” Strempke said. “We rode together for the first few miles and then got to some rougher roads and hills which separated us at that point. We were just trying to do our own thing. We do a lot of other riding together and really enjoy it, but when it comes to a race, we know our paces might not stay the same.

“As soon as I finished, I was watching the ride tracker trying to see when she was going to come in. I was texting her and she said she was getting pretty tired because she had been using a similar strategy of taking short naps like me, but she was out for another night. That started to catch up with her a bit and cause her to take longer breaks, but she finished the following morning. I was there on Commercial Street along with Matt Slater to see her come in, which was really cool.”

Out of the eight cyclists that finished the ride — which included Emporians Shawn O’Mara, Daniel Goentzel and Chelsey Cooley — the oldest by more than a decade was 56-year-old John Jury of Sublette, who crossed the finish line at about 10:30 p.m. Monday night. Although he was the most senior member of the group, Jury only had about three years of competitive riding experience — including a couple Dirty Kanzas — heading in. In taking on the mammoth task, he used his past experience and mindset as a runner to keep motivated, focusing more on the journey itself than any of the destinations ahead.

“A lot of times, in my mind, it was just about riding the 552 miles,” Jury said. “It wasn’t about getting to Salina or Wamego or even back to Emporia. To me, the goal was never a destination, it was about how many miles I could pedal. The route really isn’t a straight shot. If you look at the map, we went in circles, we back-tracked and retraced our steps. Once I got it out of my head that I wasn’t just trying to get back to Emporia, then it all leveled out for me. There was no sense in getting to Emporia at 500 miles, because you still had 52 left. You have to have that mindset for a ride like this.

“You’re never too old to do something like this, and it doesn’t always have to be something like riding 550 miles. All these popular races have 25-milers, 50s, 100s and others, because you’re going to see things on a bike that you wouldn’t see anywhere else. It doesn’t matter how far you go, it’s a matter of just going out there and doing it.”

While most riders would probably get more than enough of their hobby in an event like the Cannonball 550, Jury said he has no plans to take a break from cycling any time soon. He hopes to be back in the Emporia area this summer to compete in either the DK 200 or the DKXL.

“I’m gonna keep going, and I’m gonna keep riding,” he said. “I love doing it, and I love being able to do it with my friends. The community in Emporia is really second to none. I think if you’re into riding gravel and you haven’t been to Emporia, Kansas, then you’re missing out.”