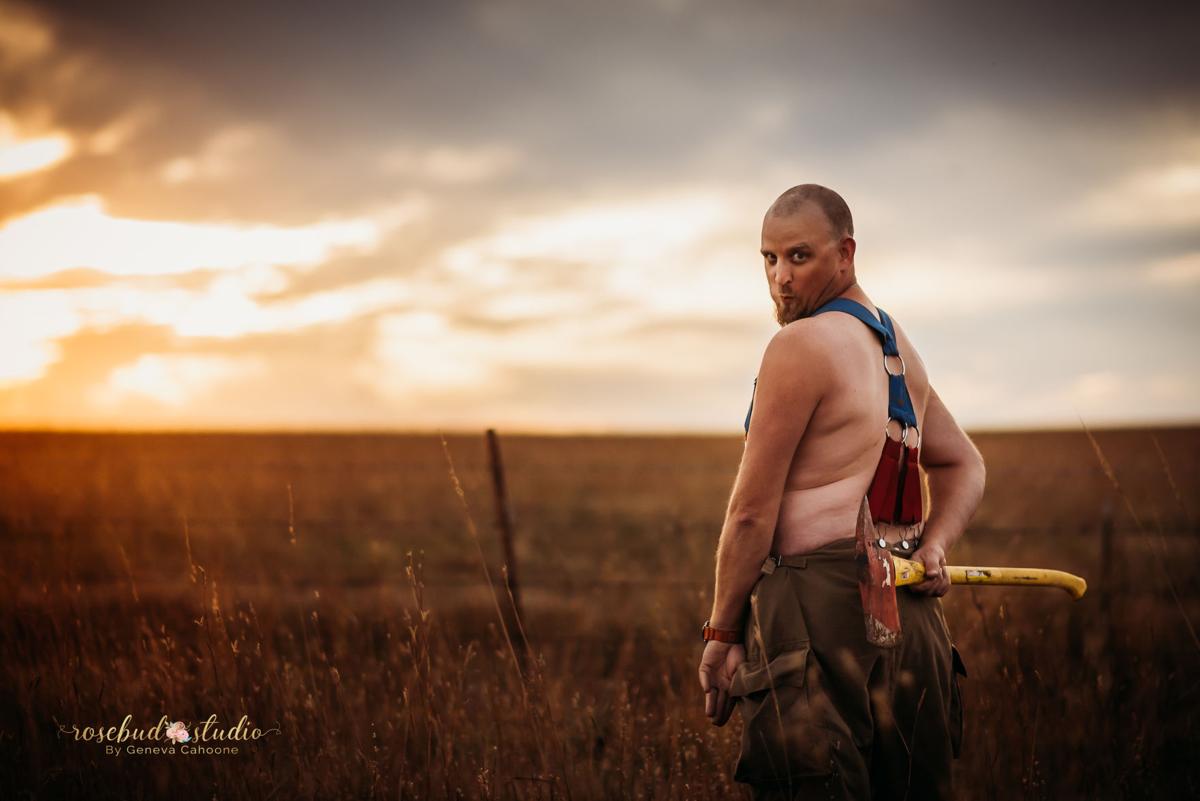 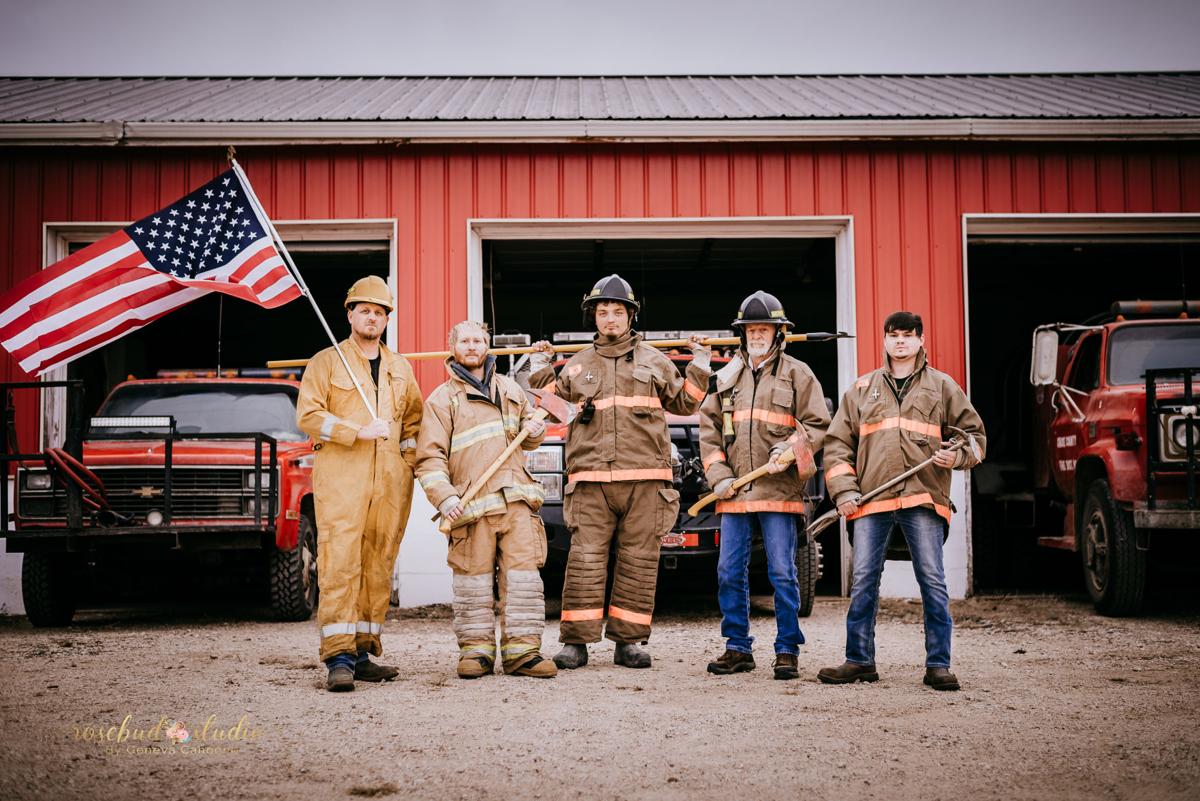 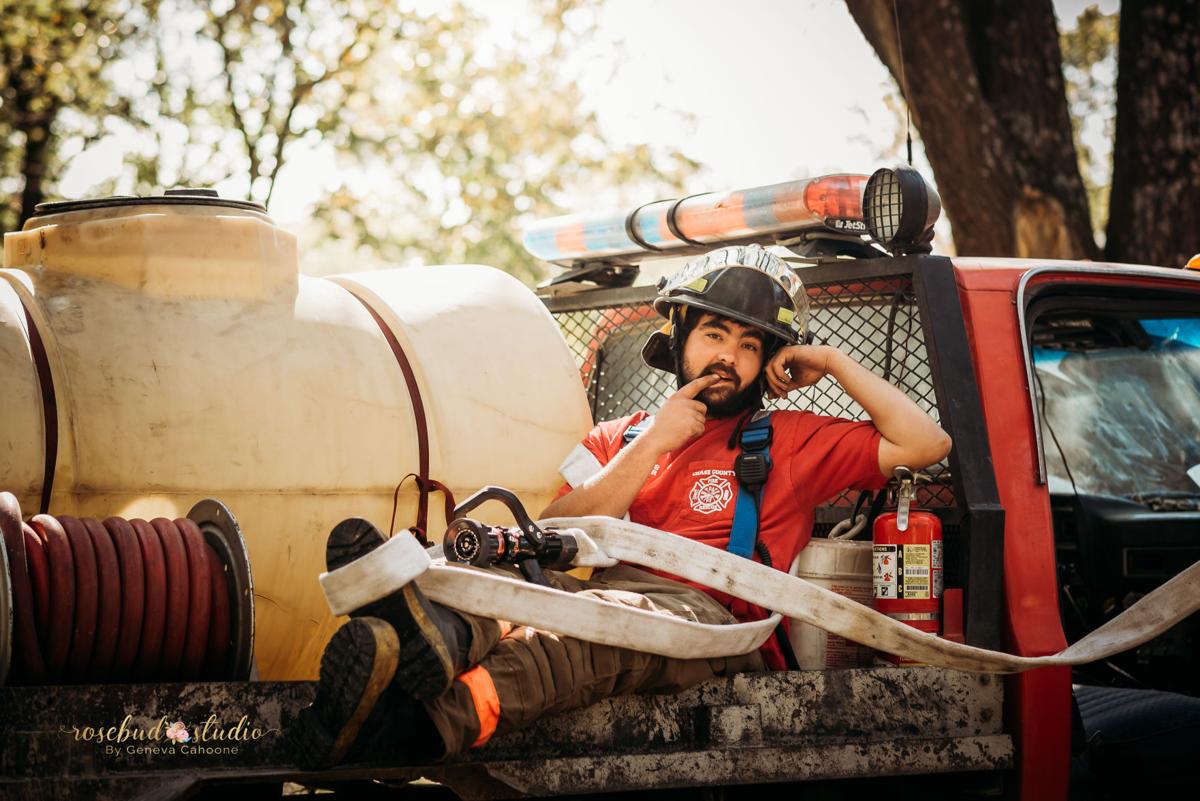 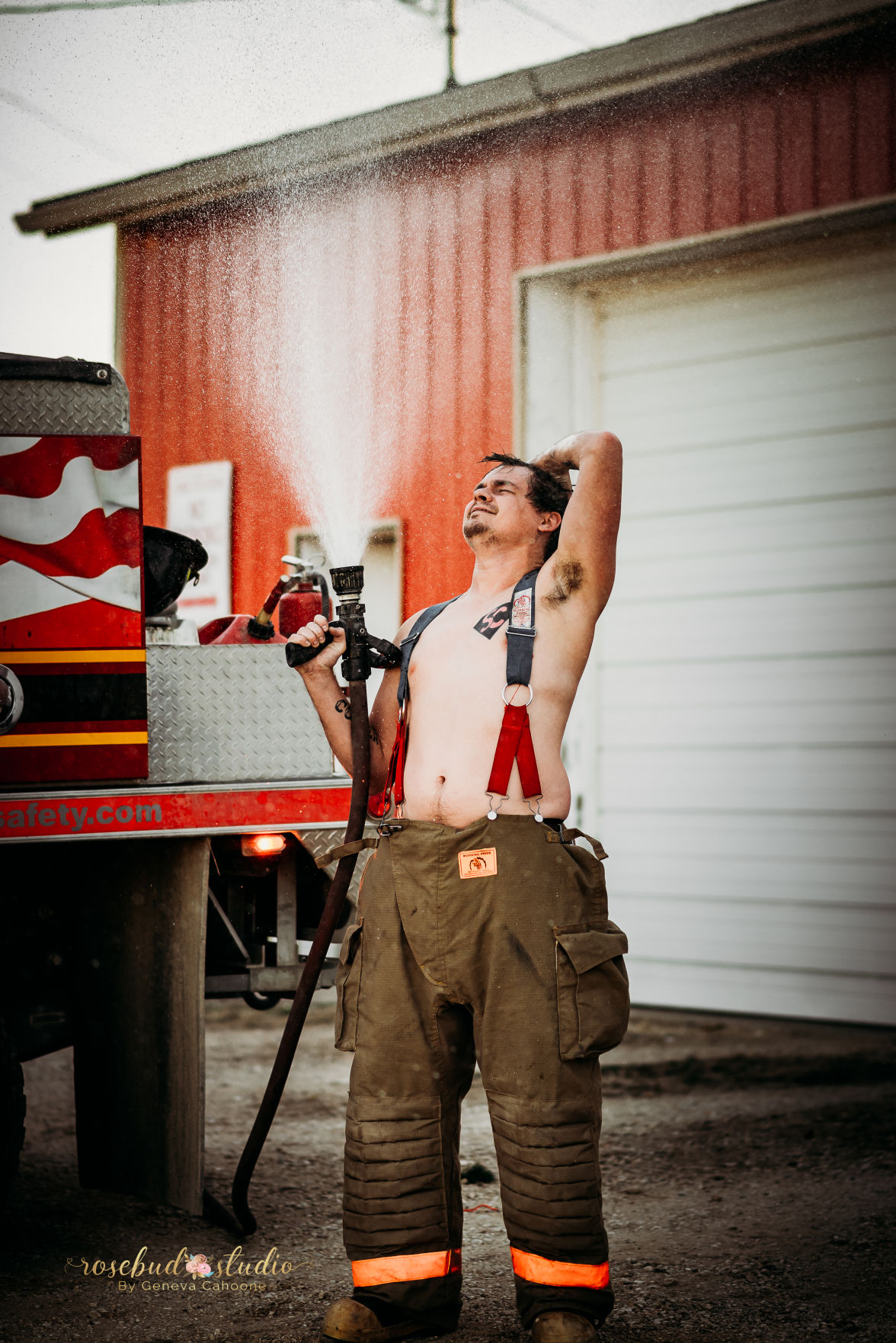 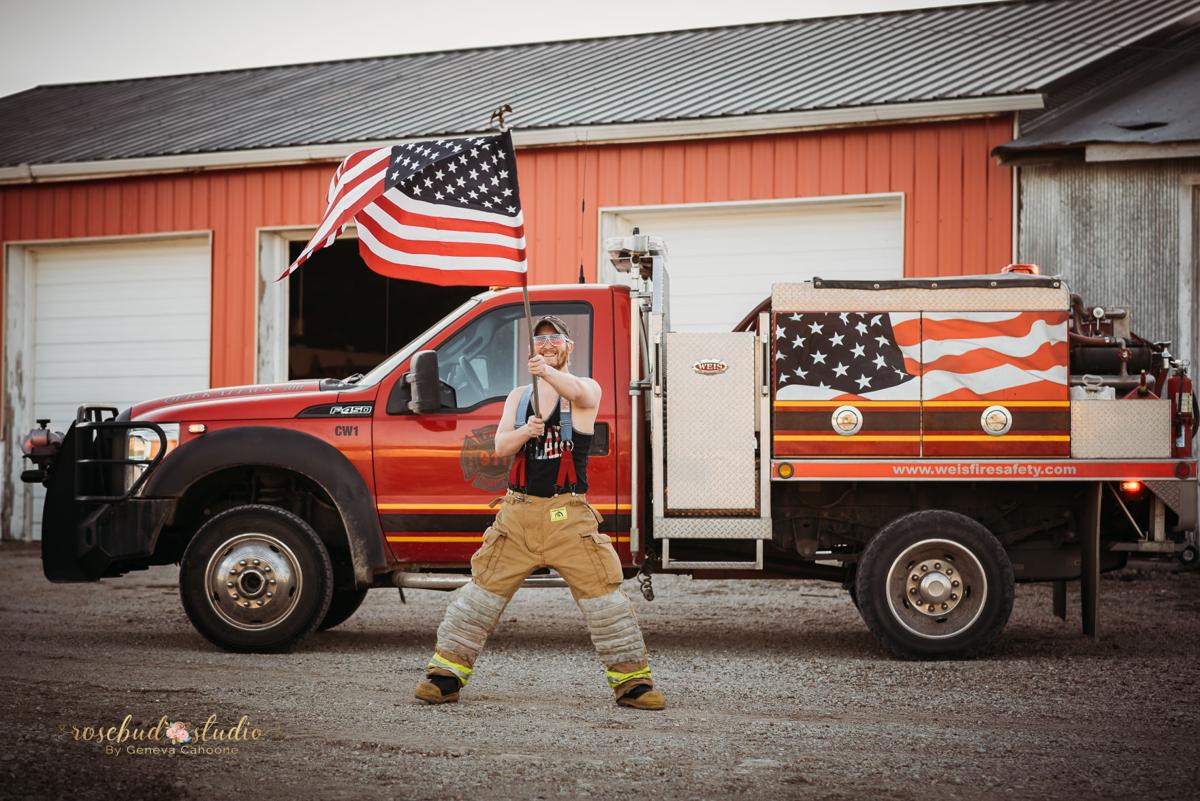 The Cottonwood Falls Fire Department has turned to an unlikely method of raising funds for outdated equipment — modeling.

Firefighters from Chase County will be on display the entire year in 2020, after the department teamed up with Rosebud Studio for its take on the traditional sexy firefighters calendar.

Geneva Cahoone, wife of firefighter Kevin Cahoone, sprung the idea when the fire department began discussing ways to raise funds without having to ask the city or county commission.

Geneva Cahoone is a professional photographer and thought doing a mock “sexy firefighter” calendar would be just the thing to incite smiles while raising money. Some of the photographs feature a single firefighter, and others are group photographs. Each month shows a collage of photos. There are both serious and goofy pictures of the team, to balance the sentiment.

“I don’t always take things too seriously,” Geneva Cahoone said. “They were all really good sports about it … After a couple of minutes, they all warmed up and got really goofy.”

Each firefighter picked which months they wanted to be featured in and how they wanted to portray that month. Some of the pictures are based around the fire station, some are out in the pasture or at the lake, among other local locations.

The calendar is a clever fundraiser, but it is also a way for the firefighters to be more visible.

Some of the firefighters never had professional photographs taken of them and were unsure of what to expect, and others went all out on their own. Overall, the Cahoones are excited to see the calendars out in the community and hope people purchase them both in support of the fundraiser and because they actually enjoy them.

“I hope (the community) responds in a lighthearted way,” Geneva Cahoone said. “I hope that they understand that it’s all just for fun … and that they see it as what it is — a fundraiser.”

She said she expects the tight-knit and supportive aspects of the community will bring success to this fundraiser.

The calendar may become an annual fundraiser, based on its success this year. The fire department has other fundraisers in the upcoming year, too, and details for those are still in discussion. Calendars are $12 and can be picked up from the Cahoones. To reach them, call 344-0866 or email kcahoone22@yahoo.com

Oh my. I don't think those big city models have a farmer's tan.