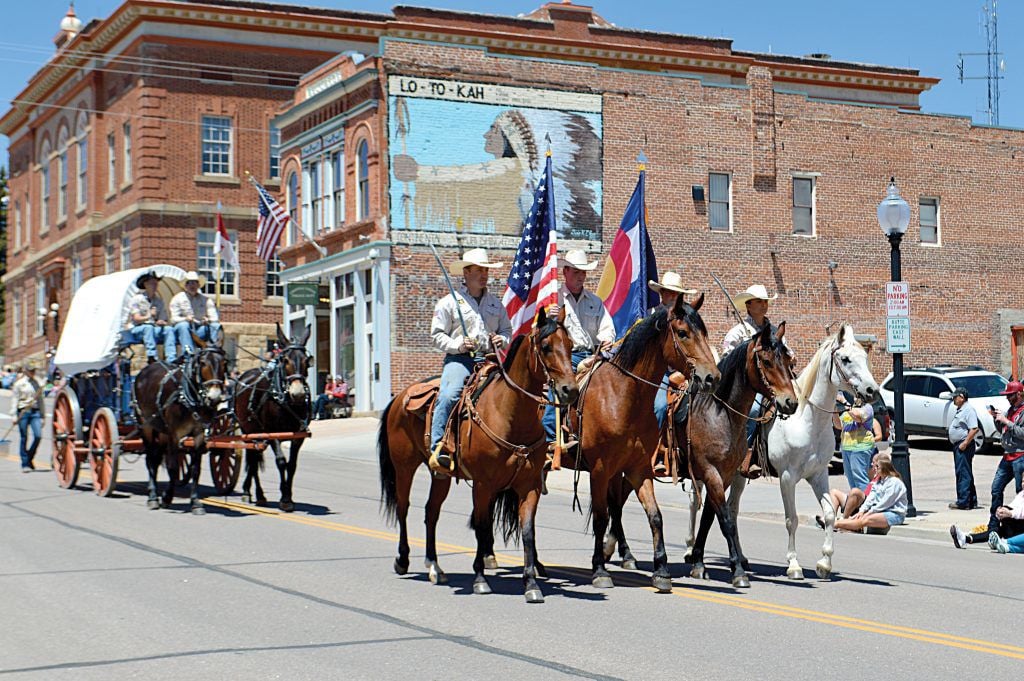 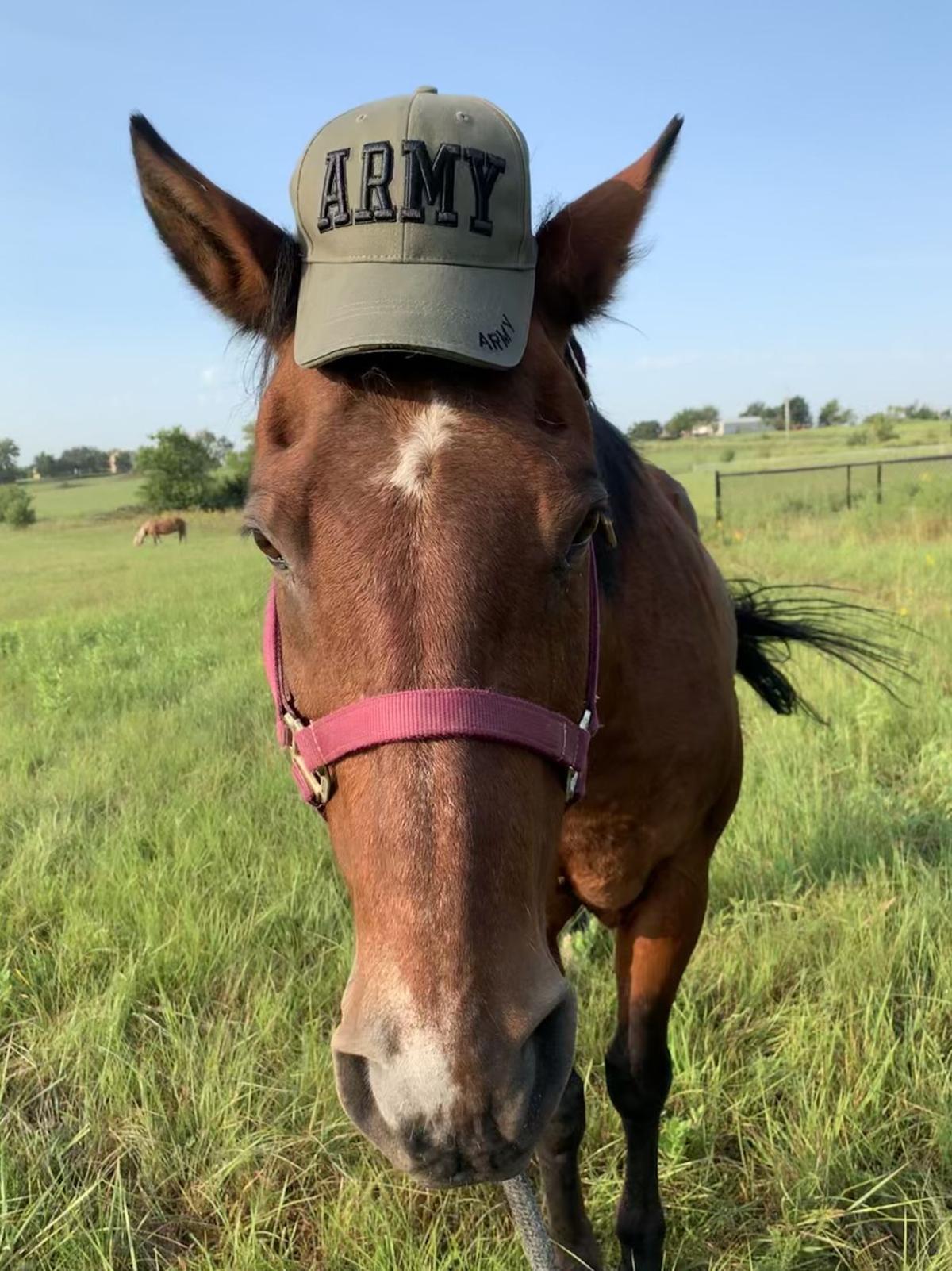 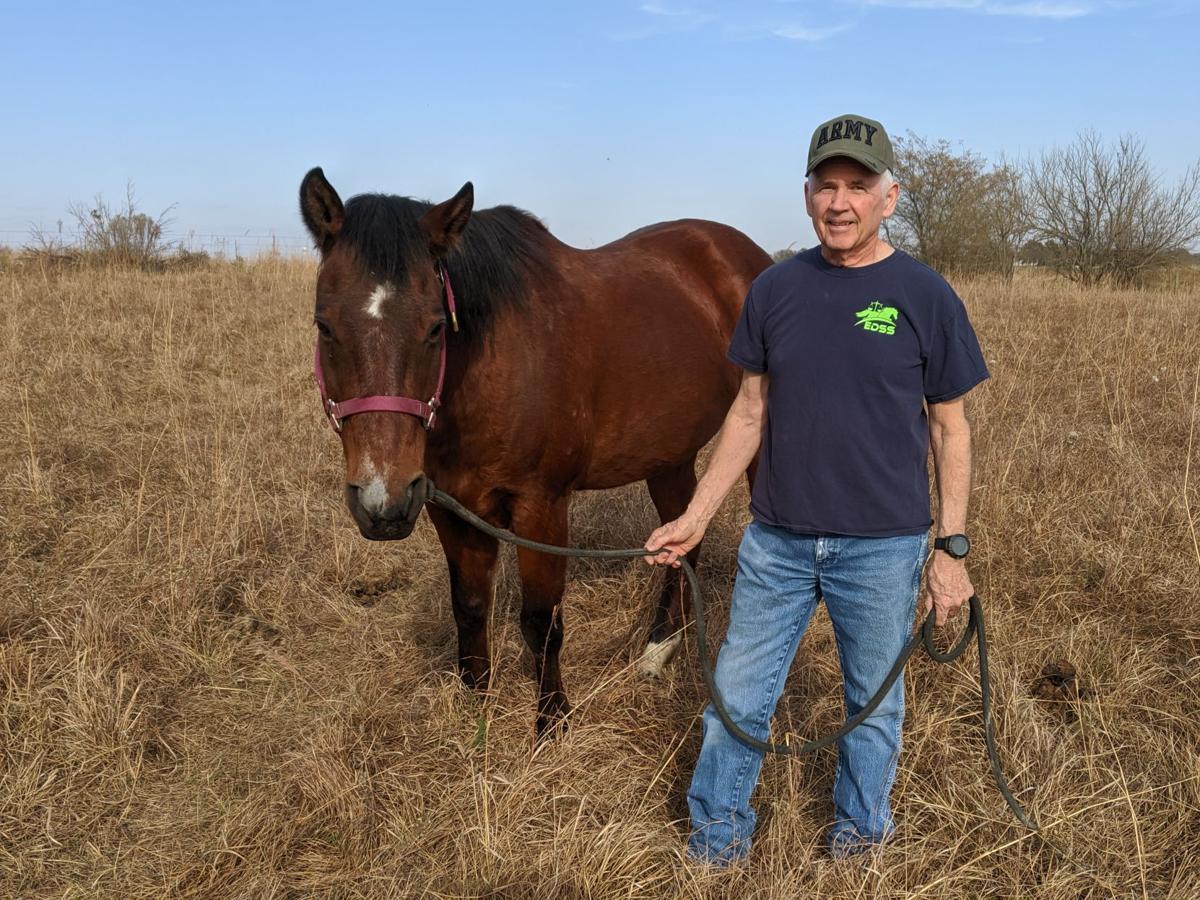 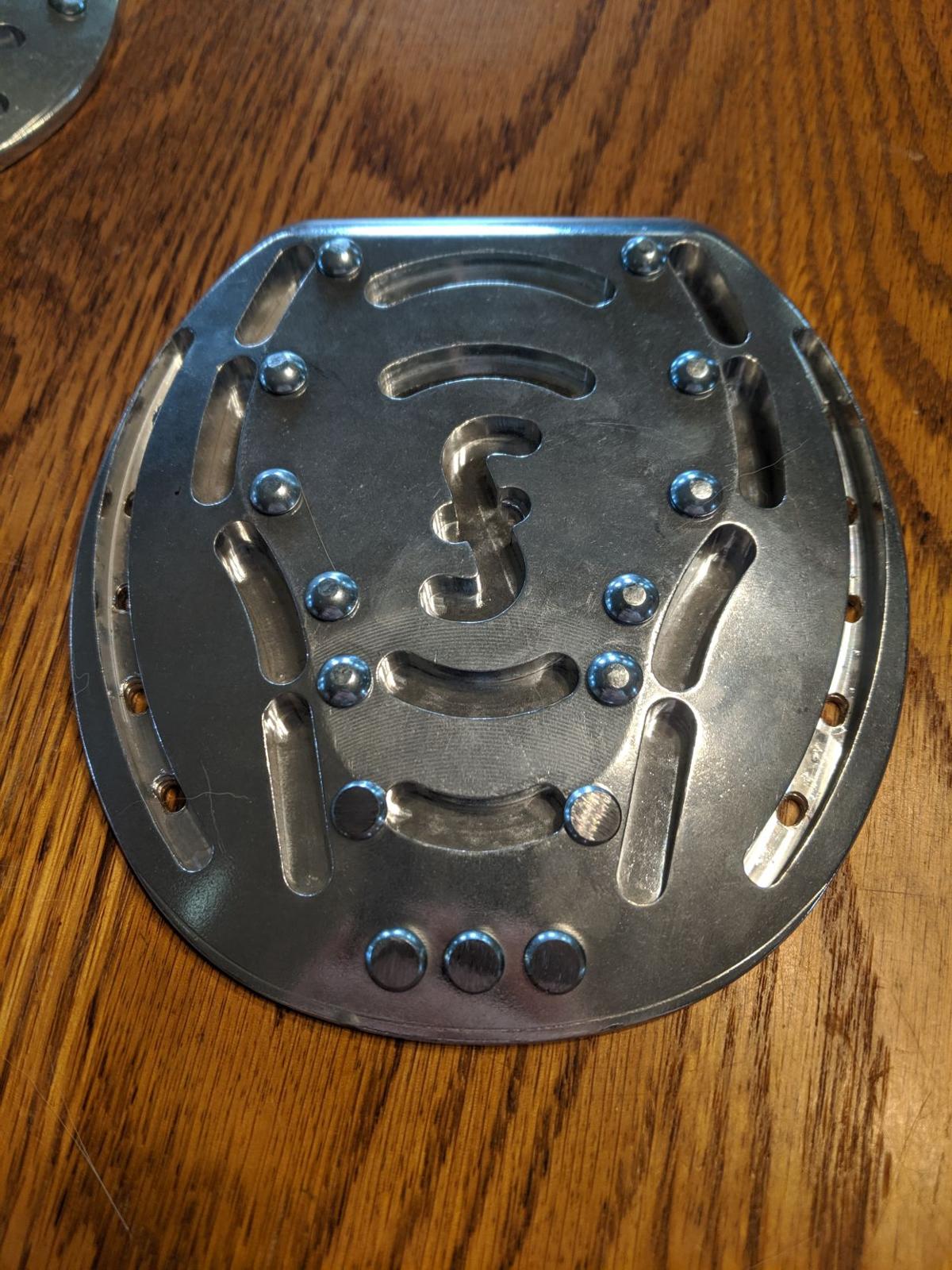 One of Lefty’s specialized horseshoes 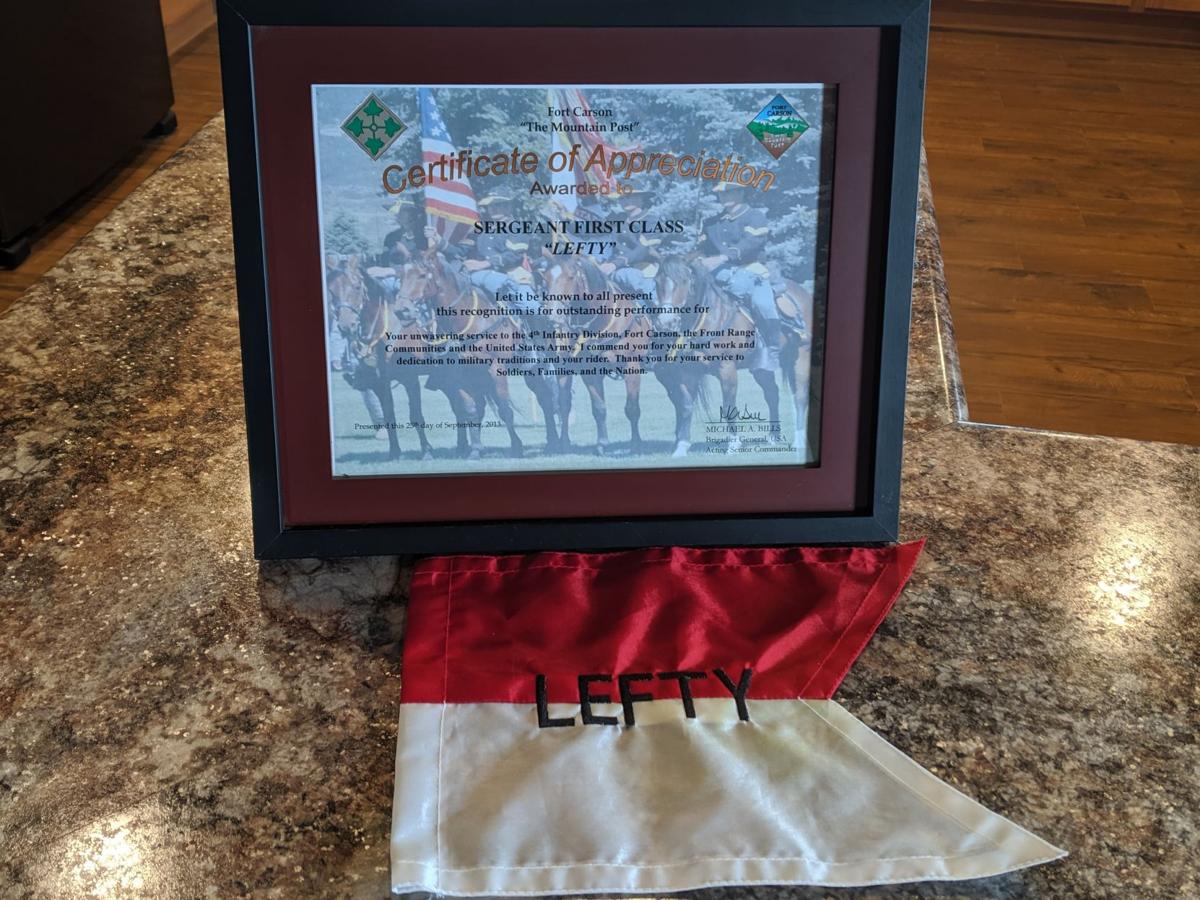 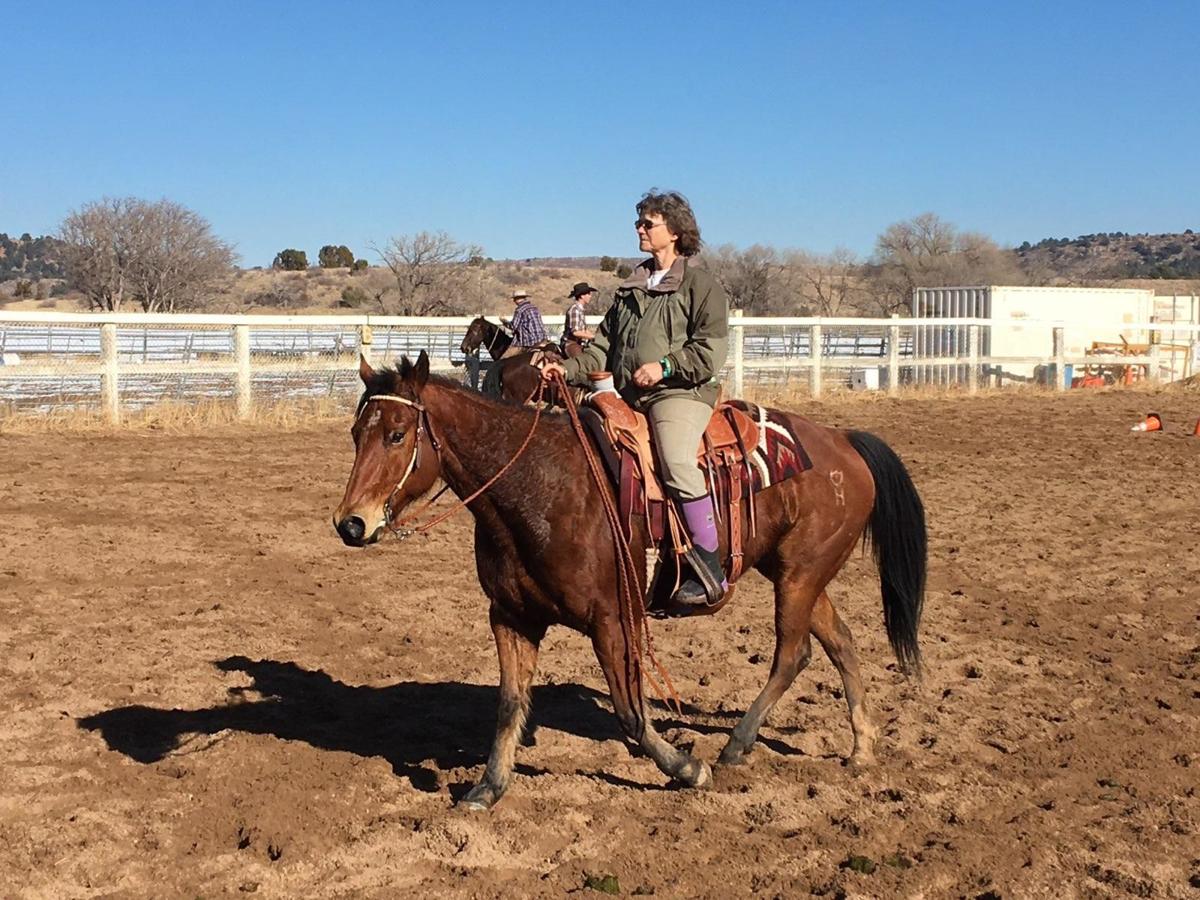 One of Lefty’s specialized horseshoes

Having served in the armed forces themselves, locals Ray Fallen and Rhonda Denney know the importance of honoring veterans, no matter the age, race, gender — or even species.

“I was in the Army myself,” Fallen said. “I was fortunate enough to be an air traffic controller. I went in in 1968, got my basic training Fort Leonard Wood, Missouri — just like my dad did in World War II — then Keesler Air Force Base in Mississippi, then Fort Sill in Oklahoma. I served in Vietnam for a year then headed back to Georgia. I was in for two years, nine months and two days — not that I was counting or anything. [Rhonda] enlisted and served three years active duty and then spent another 28 years in the reserves. Military service is something that runs in our family.

“We believe it’s important to serve your country one way or another, no matter who you are or what you do, be it police officers, teachers, nurses, doctors or whatever else. There’s lots of ways to serve, as you can see with Lefty.”

Since 2013, the couple has overseen the care of Sergeant First Class “Lefty,” an almost 20-year-old American Quarter Horse with eight previous years of service in the Fort Carson (Colorado) Mounted Color Guard. The FCMCG is one of the most prestigious military organizations of its type in the western United States, winning more than 270 trophies and award ribbons since its inception in 1965.

After a career which included participation in more than 1,000 combined ceremonies, parades, rodeos and other public affairs missions, Lefty was medically discharged when he began developing recurrent bilateral forelimb lameness due to tendinitis and additional navicular bone issues. Now, he spends his days in comfort, enjoying laid-back afternoons of grazing in soft, tallgrass pastures with four older peers, a couple of goats, and Ray and Rhonda’s ever-evolving group of rescue dogs and cats.

“When we were living in Colorado, we had two Quarter horses named Chip and Rebel,” Fallen said. “Chip was a big horse and was hard to control. We called the color guard to see if they would be interested in him because we knew they were looking for horses. They came down, evaluated Chip and decided to take him. As we got older, we didn’t ride as much and Rebel eventually got a little too hard to manage. He was young enough that you had to ride him a lot to manage his energy. We called again, they came down to evaluate him and said they would take him as well. They then asked if we could take one of their medically-retired horses. So, in essence we traded a perfectly sound horse for Lefty.”

Despite the lopsidedness of the trade, it never became something either Ray or Rhonda would regret. During his years in the couple’s care, Lefty has demonstrated time and again why he was so popular and reliable in his military days. His younger age and remaining mobility has allowed him to become the de facto leader of his herd of five, but he still maintains a sense of calmness — and even a sort of friendliness — toward other animals and people alike.

Even with his conditions, Fallen asserts Lefty is still one of the least work-intensive animals he cares for. His good teeth allow him to keep eating as he pleases, which cuts the need to buy any specially-formulated food. Most of Lefty’s cost, Fallen said, comes in purchasing his custom-made horseshoes.

“There are all kinds of conditions and problems with horses that can arise through the health of their feet,” Fallen said. “Those are taken care of with proper trimming and shoeing. When we first got Lefty, his current shoes weren’t available. They initially put him in what are called ‘clogs,’ which are thick, plastic shoes with a wedge that lifted his heel. There was a lot of decomposing granite where we used to live, so it would grind the toes off and change the angle on him. After that, we tried steel shoes with a wedge, but we could tell he wasn’t comfortable in them. Finally, they started making the shoes we use for him now. They’re called EDSS shoes, or equine digit support system shoes.

“The shoe was developed for conditions like Lefty has. They’re individually machined by a computer in Italy, one at a time. They put the extra studs in them for traction, and we saw that it just made an immediate difference. There’s two notches on them that ensure they know where the center of the foot is, so it’s always on the pivot point of the joint … The shoes are $52 a pair plus the labor to put them on. So, you’re looking at almost $200 to $300 each time you need to replace them, but they last about six months.”

While the work and time put into managing a group of aging and special-needs animals would be too much for most casual pet owners to handle, Fallen sees the process as a natural part of the underlying commitment. He admits he and his wife never necessarily seek out these types of animals to assist and rehabilitate — with some developing their health problems only recently — but that they always want to do the “right thing” on their behalf, regardless of the challenges that may come. In fact, the couple plans to re-adopt Rebel in a couple weeks time now that his service in the FCMCG has ended.

“For us, bringing an animal into your life means you’re making a lifetime commitment,” Fallen said. “When you notice something wrong, you take them to the vet, find out what’s going on, spend the money and just don’t give up on them. For a lot of people, when a pet starts causing them problems or gets too old they send it to the shelter and make it somebody else’s problem. I never want to be a person that transfers that burden to somebody else. We just believe pets have a special place in this world, and that they should be taken care of just like people.”