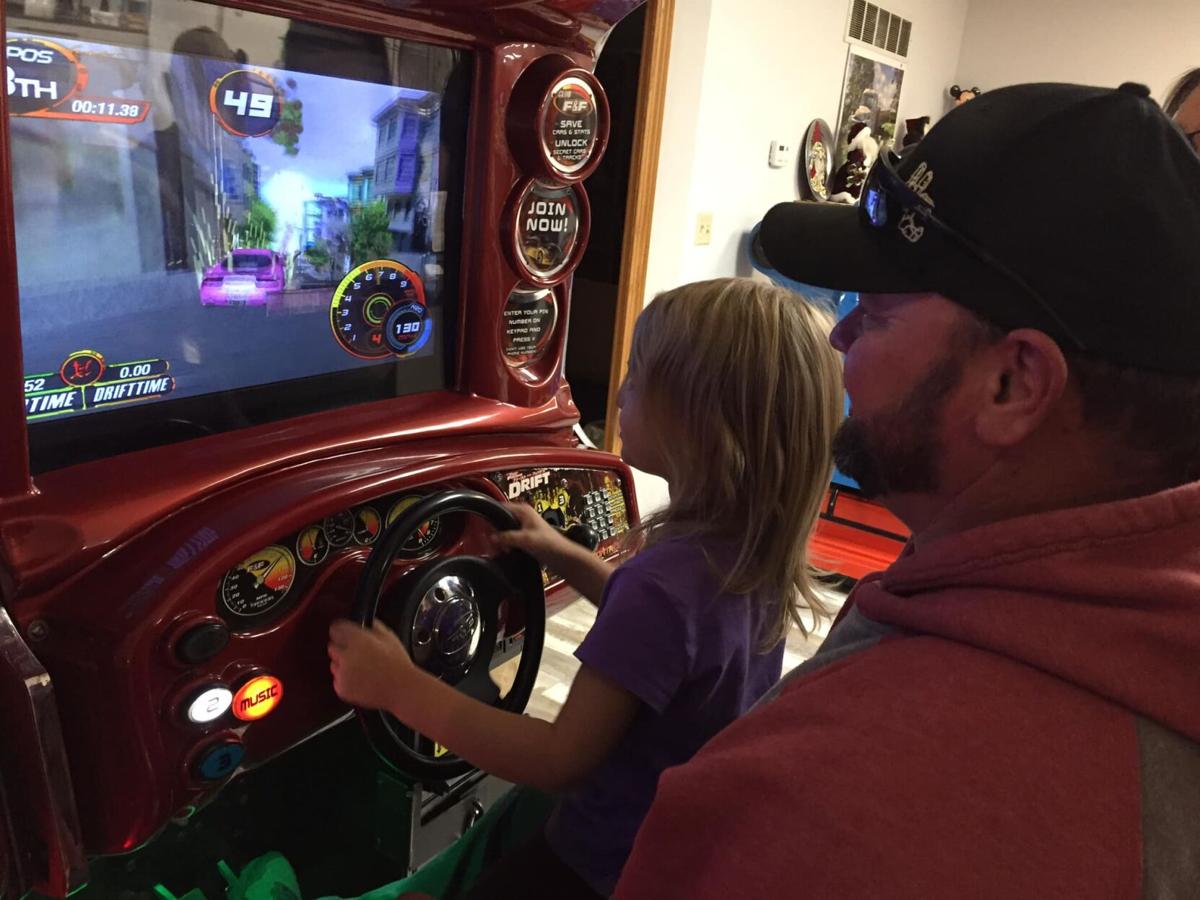 People old and young test their driving skills on one of the electronic games at Good Times Family Center in Cottonwood Falls. 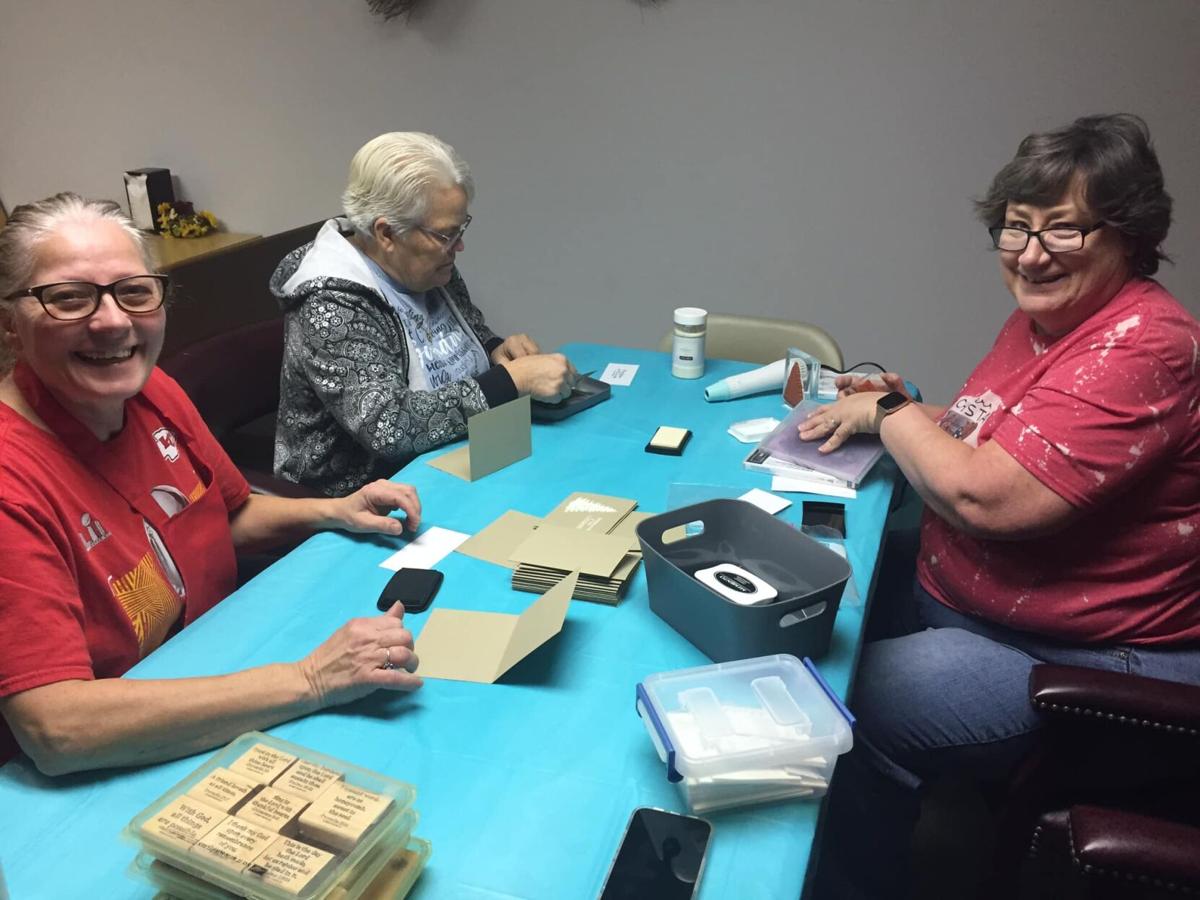 While Good Times was created for Chase County youth, it hosted an adult card-making class on one December morning. 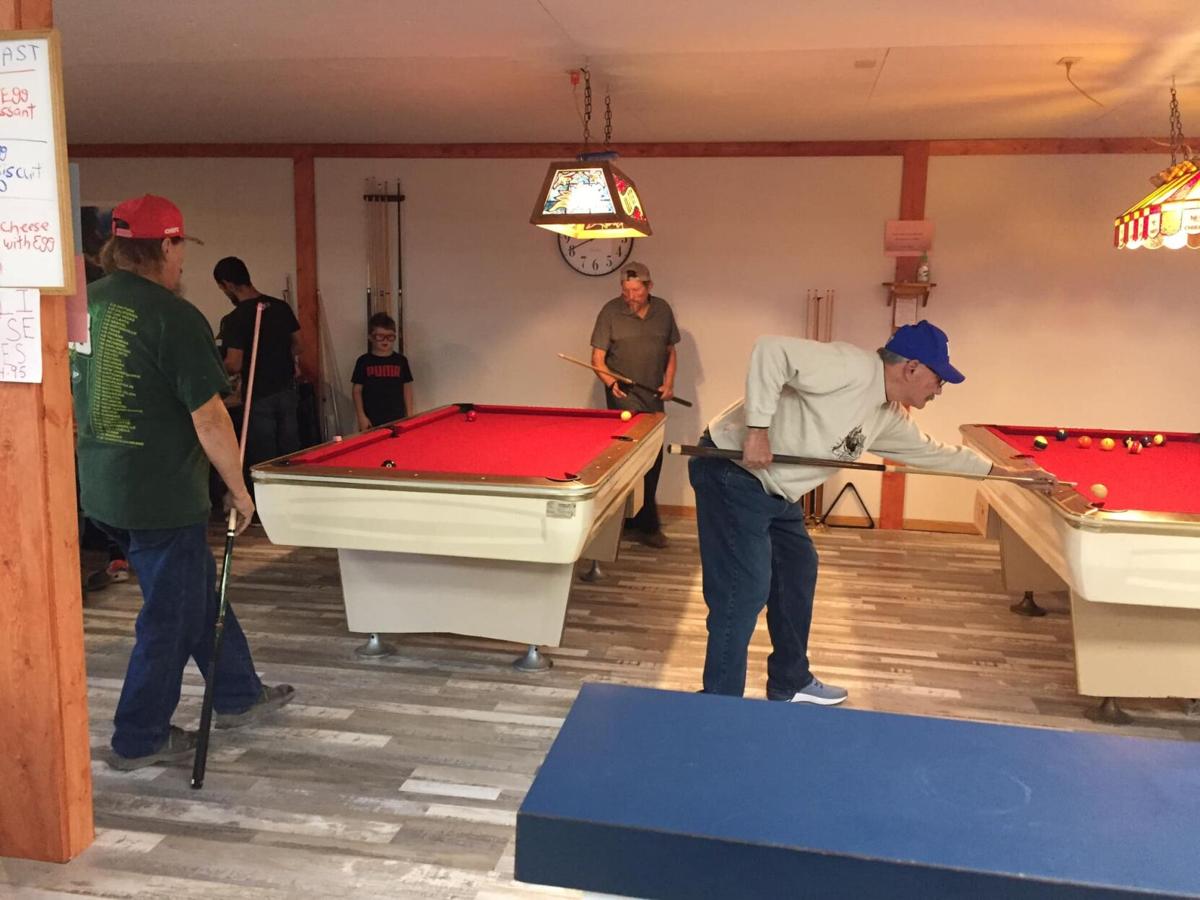 While Good Times planned to close on Thanksgfiving Day, it wound up hosting an “impromptu pool tournament” with family members competing against each other.

People old and young test their driving skills on one of the electronic games at Good Times Family Center in Cottonwood Falls.

While Good Times was created for Chase County youth, it hosted an adult card-making class on one December morning.

While Good Times planned to close on Thanksgfiving Day, it wound up hosting an “impromptu pool tournament” with family members competing against each other.

Cottonwood Falls may have had good times before 2021. But then a place named “Good Times” showed up.

“Business is growing a little bit,” manager John Rangel said. “It started off pretty slow, but that was alright.”

Rangel and wife Gayla converted an old law office at 327 Broadway into the “Good Times Family Center” during the fall. It opened Monday, Oct. 18, aimed at Chase County youth. But then came a surprise.

“There’s been very little of that,” Rangel said Tuesday. “It’s really families bringing in their children and grandparents bringing in the children. That’s even better than what I originally targeted.”

At first glance, the inside of Good Times may look like a regular billiard hall. But how many businesses with pool tables also have room for Twister mats? Or host weekday card-making classes?

Rangel has promoted everything from chess to children’s craft days over the last two months. But the biggest surprise of all may be how his snack bar has become a borderline restaurant.

Rangel’s plan for “simple things” such as pizza and hot dogs expanded to the point where a lunch special this week was “creamy potato soup” with a grilled cheese sandwich. His wife even prepares breakfast biscuits.

“The elderly guys come in and want to drink coffee in the morning,” Rangel said.

The word about Good Times apparently is spreading. Rangel says he’s welcomed visitors from Emporia, El Dorado and Manhattan, among other places.

“We had some in from Finland,” Rangel said. He hopes the new year also will bring visitors from the monthly Cassoday Bike Run.

Good Times normally is open Monday through Saturday. But Rangel noted his center has hosted a couple of birthday parties on Sundays, where people rent the entire building. So it’s a business, but not really a business.

Rangel says he wants to modify his building this coming spring. That means Good Times are, er, is, here to stay for a while.

“Until you’ve been in it a year or two, you don’t know how things are,” Rangel said.

In seriousness, this is an awesome service to the community.

This is nice that my Uncle John loves giving back to the people and Cottonwood Falls is a place he loves being part of the community. Him and his wife Gayla enjoy meeting and servicing people of Chase County. God Bless them both!