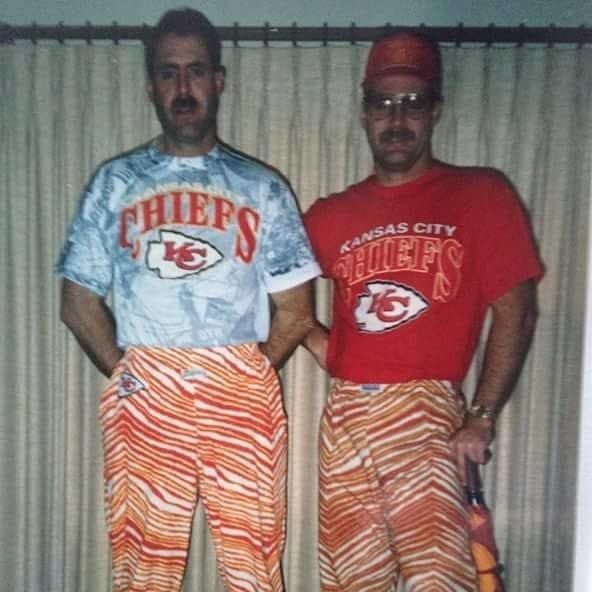 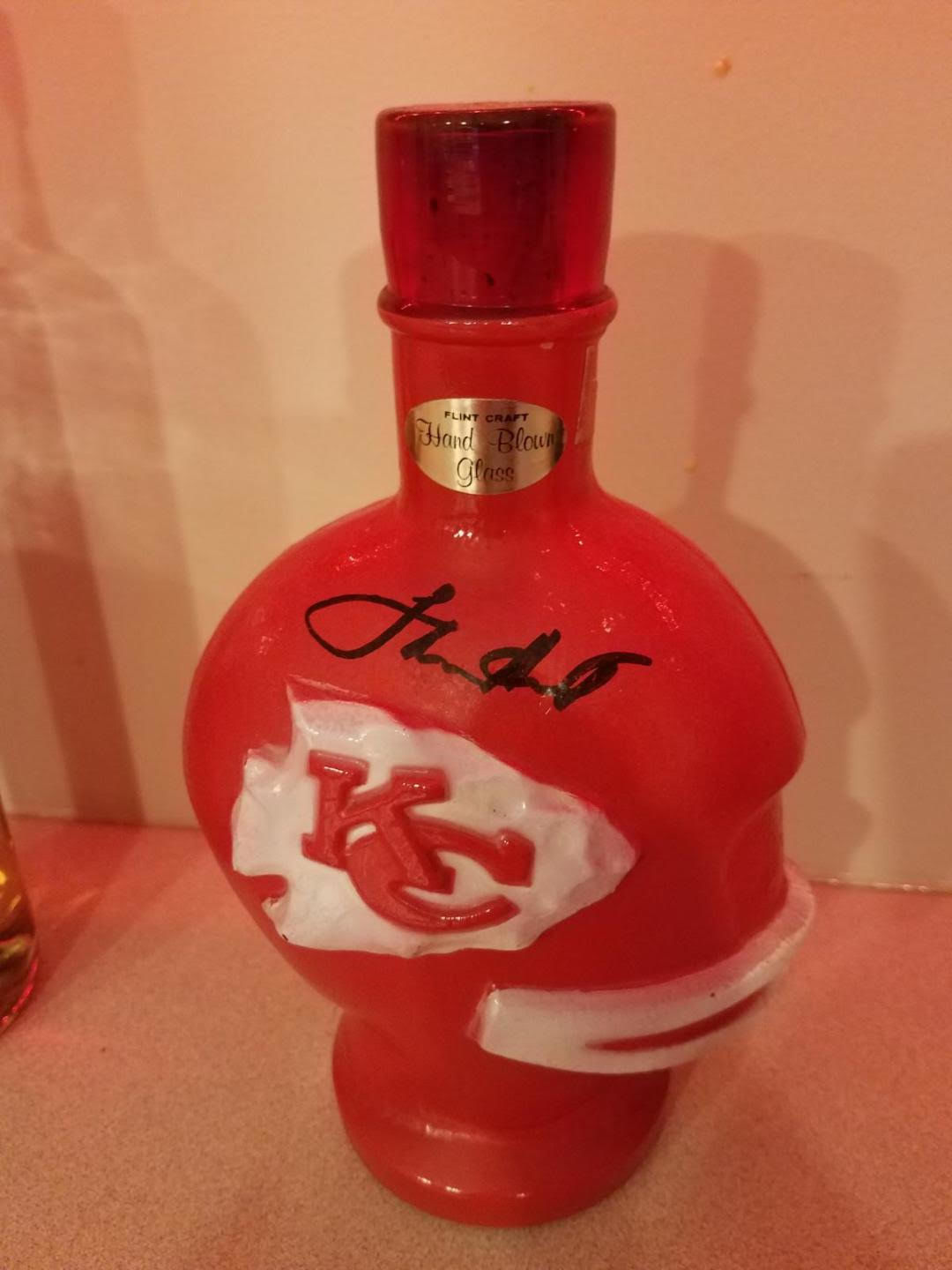 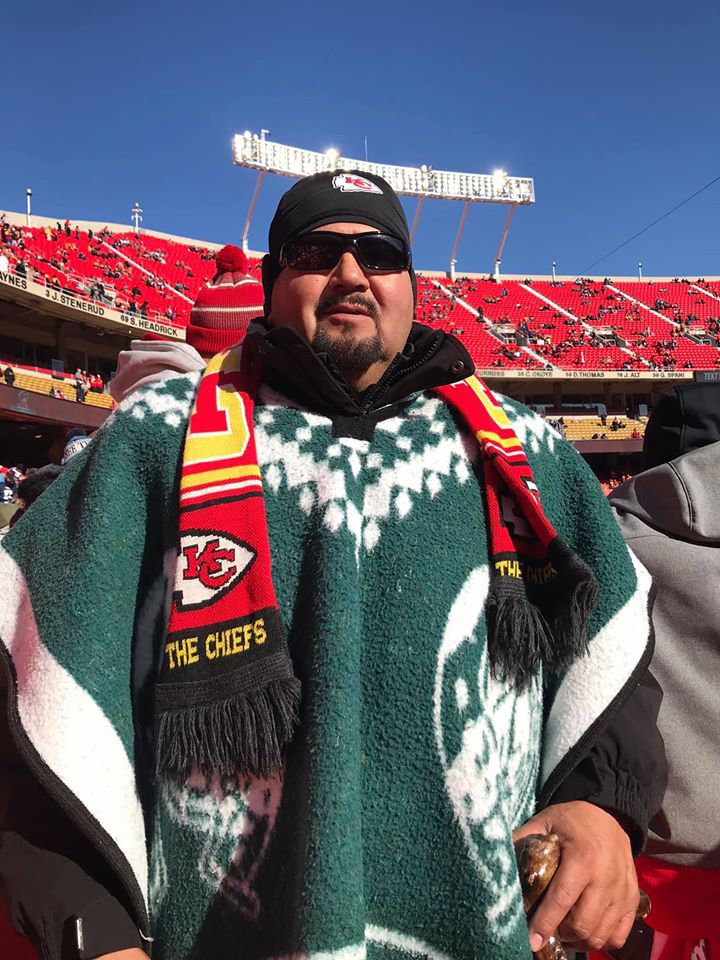 The Kansas City Chiefs provided local football fans with much to discuss over the weekend, clinching their first Super Bowl appearance since the 1969-70 season with a 35-24 win over the Tennessee Titans in Sunday’s AFC Championship Game at Arrowhead Stadium.

As they have been known to do, Chiefs fans put social media ablaze with thousands of reactions and comments during the game. But rather than the typical, fast-paced sharing of highlights and debates over officiating, many posts took on an air of disbelief, reflection and celebration as the final minutes ticked off the clock.

“50 years is worth the wait,” posted Team Schnak Cycling Founder Kent Schnakenberg along with a throwback photo of he and his twin brother, Mark, wearing retro Chiefs Zubaz pants.

Others were already looking ahead to the match up with the San Francisco 49ers.

“Go Chiefs!!!!” wrote Emporia Main Street Director Casey Woods on Facebook. “I apologize in advance for the things I may yell at a television two weeks from now.”

Some were so excited that they had trouble winding down after the final whistle.

“Charlie, why are you up at 3:30 a.m. you might ask?” typed longtime Emporia resident Charlie Wilks who currently resides in Wichita. “Because... THE CHIEFS ARE GOING TO THE SUPER BOWL!!!!”

The range of emotions was even stronger for those lucky enough to attend the game in person.

“I’m gonna be honest,” said Emporian and Little People Limo Driver Jimmy Rangel in a phone interview with The Gazette. “I teared up a little bit when I heard the final whistle.”

A longtime Chiefs superfan and season ticket holder for the past 27 seasons, Rangel said Sunday’s atmosphere inside Arrowhead Stadium was unlike anything he’d seen before.

“I don’t think there was a single Chiefs fan there that didn’t think we were going to win,” Rangel said. “You could feel it all around the stadium, even before the fourth quarter. I don’t know if I’ve heard it get louder there than it did at times on Sunday.”

In predicting the big game, Rangel said he was confident for several reasons, a major factor being the chemistry between players and their broader relationship with “Chiefs Kingdom” at large.

“What makes this group so special, I think, is that you can really tell they enjoy playing with each other,” Rangel said. “Obviously, we have some very talented players, but the way they support each other and work together is something that makes them so good. It’s like a big family, and the fans are definitely part of that, too. It feels like we’re all working toward that same goal.”

The connection between football and family rang especially true for Cliff’s Super Service Owner Jesse Shaver, who has supported the Chiefs since their inception in 1960.

“I was 11 years old during Super Bowl I when the Chiefs lost to the Packers, and I still remember watching with my dad,” Shaver said. “We watched the game together again when we won Superbowl IV against the Vikings when I was 14. It was obviously very special to experience that win with him.”

After collecting a bevy of physical souvenirs and related mementos over decades of fandom — including a helmet-shaped decanter signed by original team founder and owner Lamar Hunt — Shaver said he is most looking forward to creating new memories with his loved ones.

“Although it was 50 years ago, I’ll never forget watching that win with my dad,” Shaver said. “Fifty years later, I’ve got my kids to be such big Chiefs fans that I’m almost ashamed of it. They’re so into it. My son has a great, big projector screen in his new house, and he called me immediately when the game was over saying, ‘Dad, you’ve gotta be here for the game.’ So after all this time of being a fan, I’ll get to watch the Chiefs play in the Super Bowl with my son. It’s crazy to think about.”

The Chiefs and 49ers will battle for Super Bowl LIV supremacy from Miami’s Hard Rock Stadium beginning at 5:30 p.m. Sunday, Feb. 2. Local FOX affiliates will have the kickoff as well as pre-game coverage throughout the day.

"So after all this time of being a fan, I’ll get to watch the Chiefs play in the Super Bowl with my son. It’s crazy to think about."